BREAKING: Kentucky mall is on lockdown after reports of an active shooter

Police in Lexington, Kentucky, police have evacuated a mall and are conducting searches throughout each store after initial reports of an active shooter.

At 4pm, police urged the public to keep clear of the area surrounding Fayette Mall after law enforcement officials received reports of gunfire at around 4pm.

But a little more than an hour later, Lexington police tweeted: ‘THIS IS NOT AN ACTIVE SHOOTER.’

Cops surrounded the mall which was put on lockdown as shoppers were told to shelter in place, while locals have been told to avoid the area.

Video posted to social media by mall patrons show a long line of people calmly file out of the building through what appears to be a side emergency exit.

Initial reports of an active shooter inside the Fayette Mall on Sunday prompted police in Lexington, Kentucky, to respond 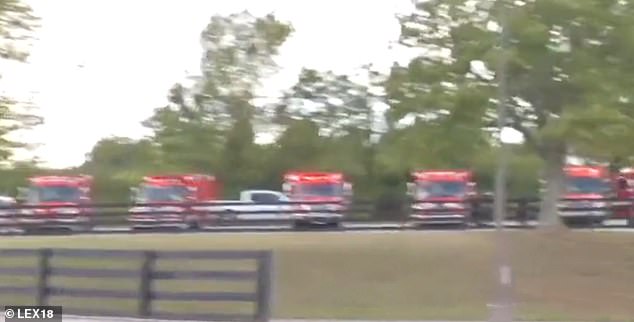 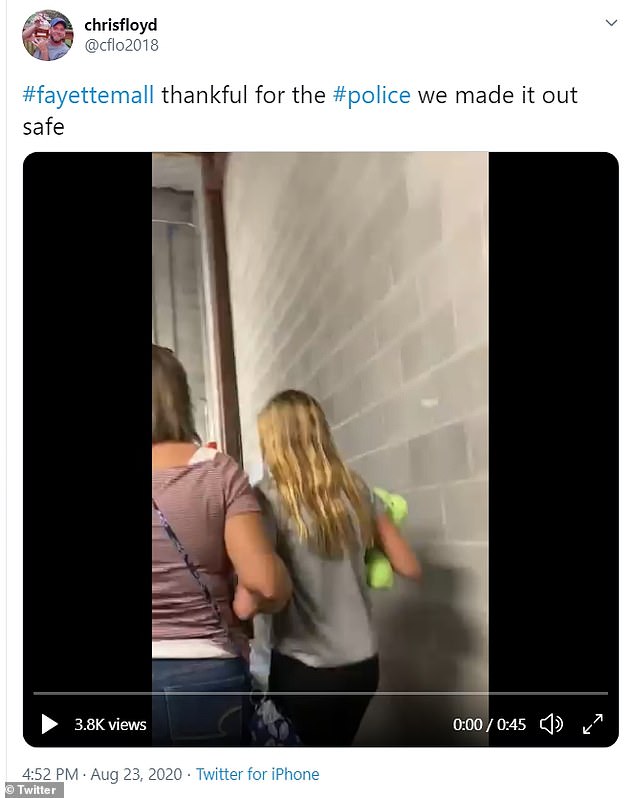 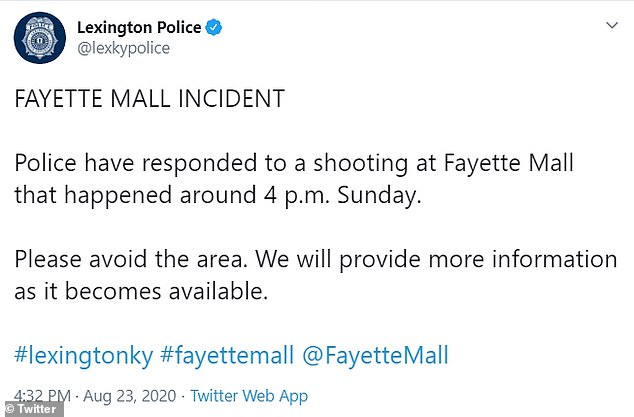 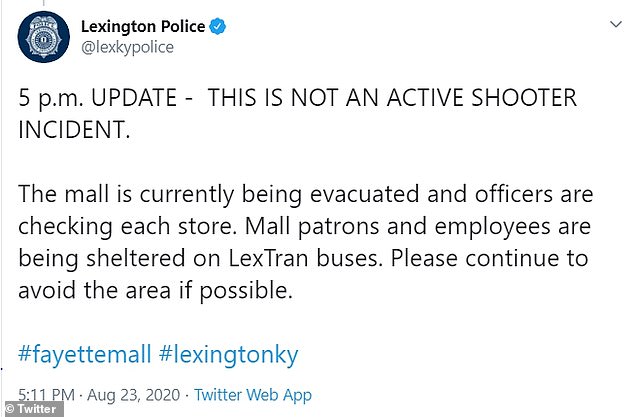 Just after 5pm local time, Lexington police announced that there was no active shooter in the mall

As the customers leave the building, they walk out toward the parking lot and front entrance, where they notice a heavy police presence.

Several fire department vehicles were also spotted at the scene.

There were unconfirmed witness reports that an unidentified man was shot in the head during the incident, according to WLEX-TV.

Another reports that they saw someone being carried out on a stretcher.

No arrests have been confirmed.