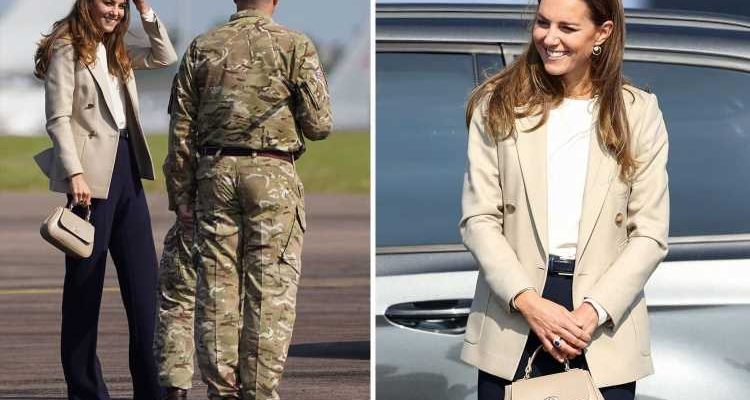 KATE Middleton today beamed as she met military personnel and civilians who helped evacuate Afghans from their country.

The Duchess of Cambridge is visiting RAF Brize Norton in a return to Royal duties after taking a summer break. 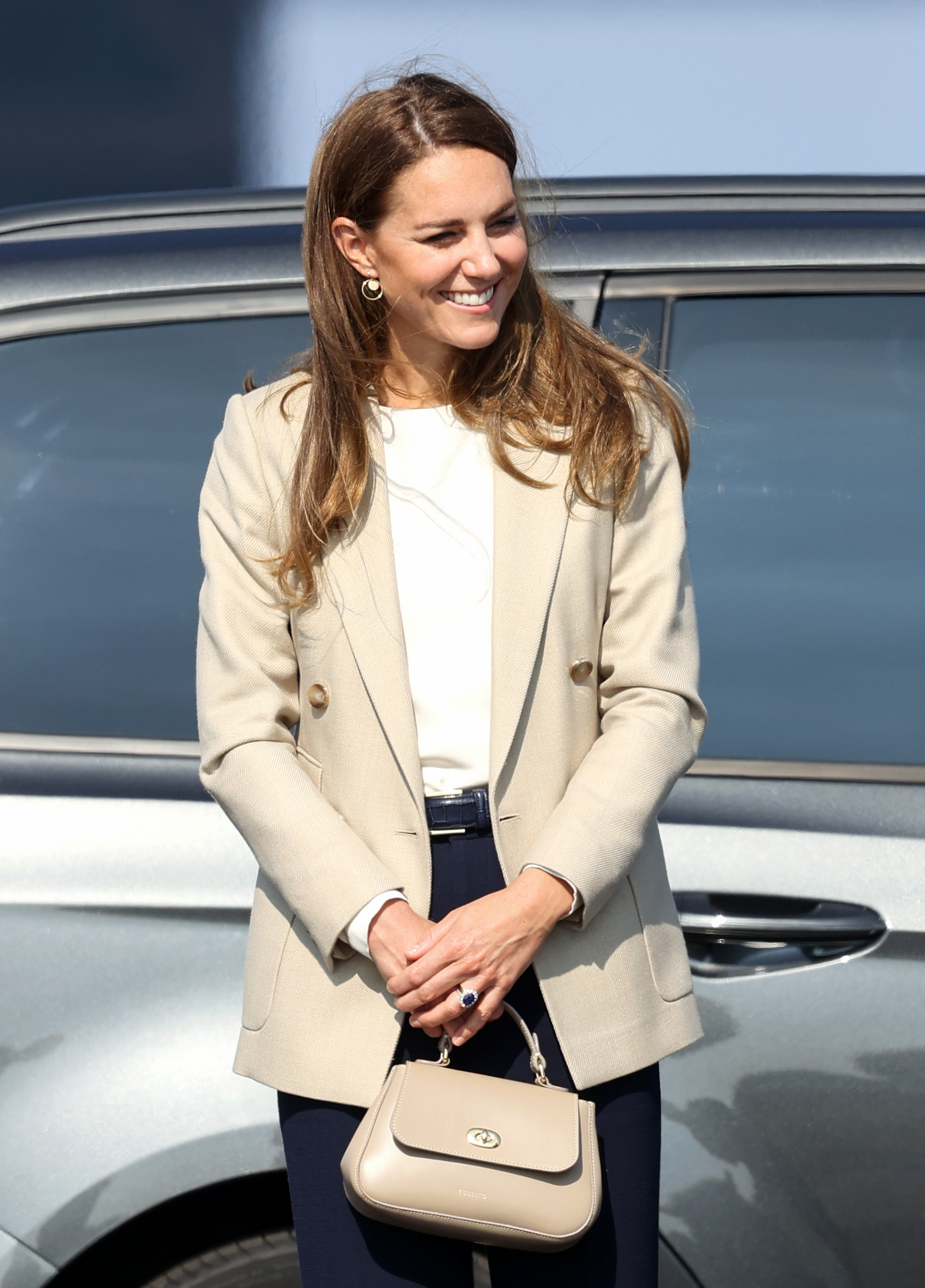 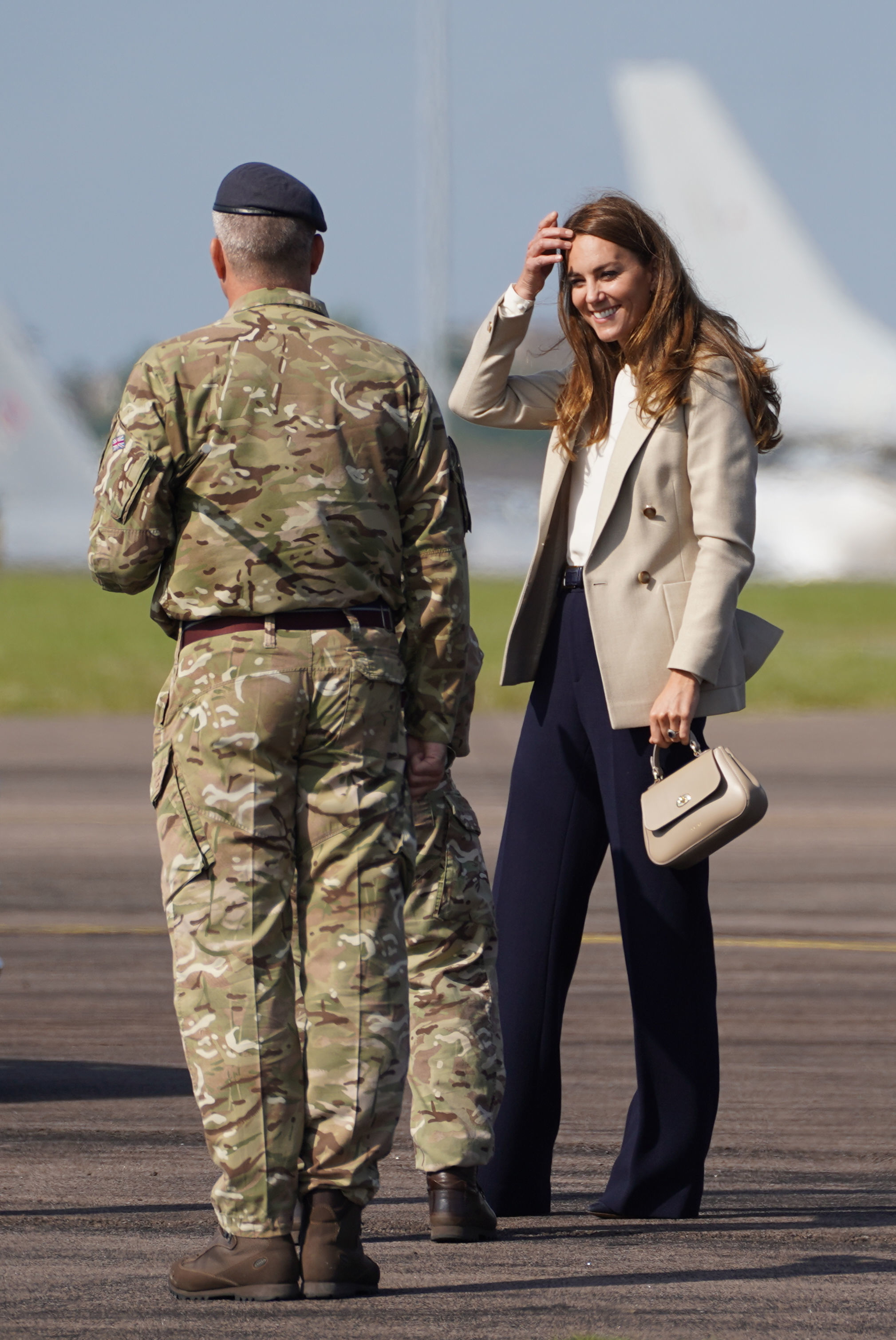 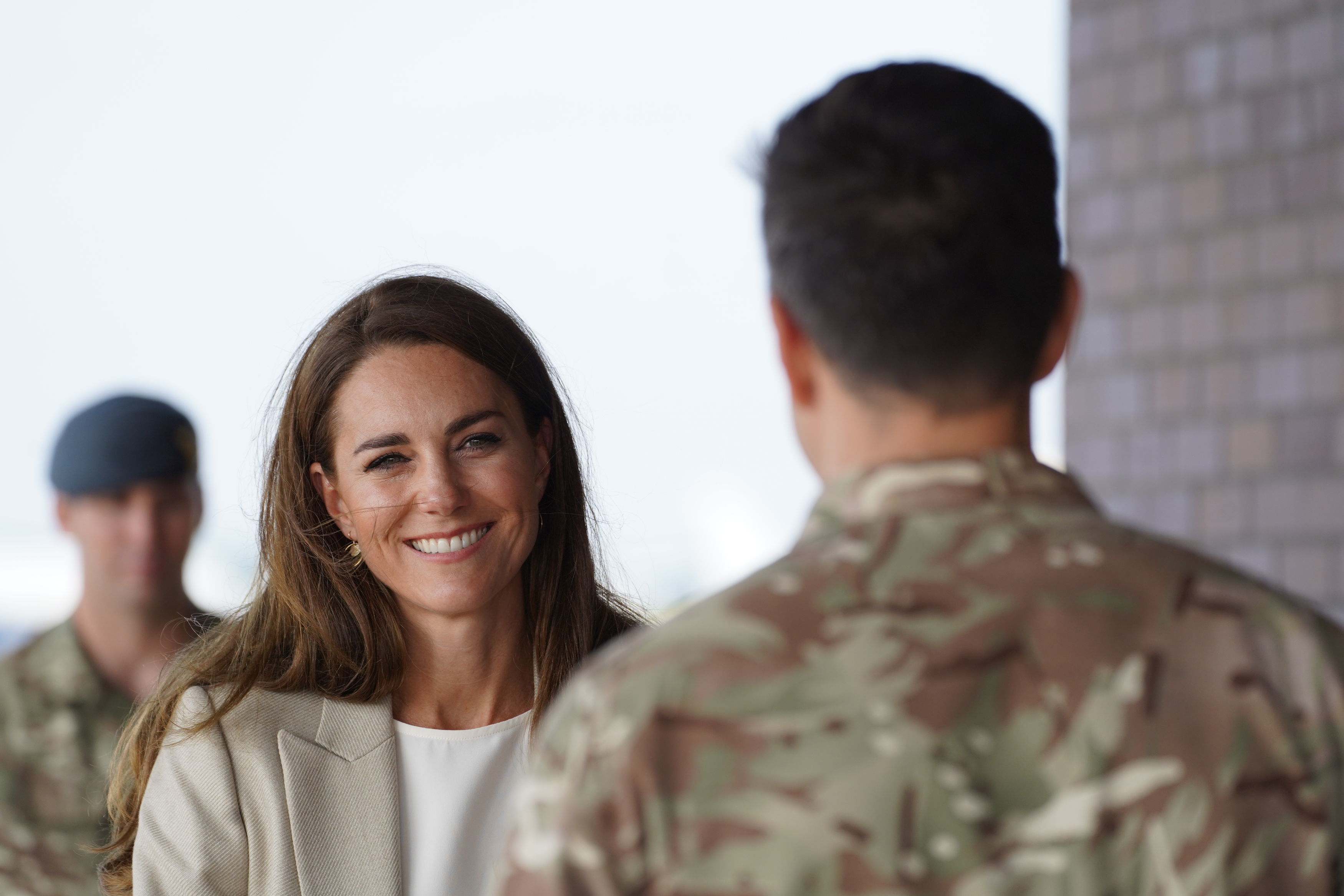 She chatted to those who took part in Operation Pitting, which saw more than 15,000 people airlifted out of Kabul during August, including thousands of Arap (Afghan Relocations and Assistance Policy) applicants and their dependents.

More than 850 people arrived at the RAF base in Oxfordshire and were provided practical support like food, clothing, children's toys and medical help while their details were processed.

During her visit, the duchess met RAF aircrews and medics who supported evacuees at Kabul airport and civilians and volunteers who established a repatriation centre at RAF Brize Norton.

Operation Pitting involved every unit at the military base, with personnel working alongside the Royal Navy, Army, local authorities and aid organisations in Afghanistan and the UK.

Brize Norton's full fleet of RAF transport aircraft flew around the clock to support the evacuation, including a record flight for an RAF C17 Globemaster which carried 439 passengers out of Kabul.

Aircraft involved in the operation also carried supplies ranging from clothing and baby food for the evacuees.

Today was Kate's first official royal outing since July 11, when she visited the EURO 2020 final with Prince William and Prince George.

Meanwhile Harry and Meghan Markle have been named in Time Magazine's top 100 most influential list of people.

The Duke and Duchess of Sussex were praised in the publication for "running towards struggle" in a world where "everyone has an opinion about people they don’t know".

But fans were quick to comment on how "awkward" their photo which accompanied the profile appeared.

It appears on the cover alongside a number of other TIME100 cover stars, and follows on from the likes of Barack Obama, the first black US president, who has also been featured in the past.

The announcement comes as Harry celebrates his 37th birthday in the US.

The Royal Family was quick to send their good wishes, with Wills and Kate tweeting on their Kensington Royal account: "Happy Birthday Prince Harry!"

The Queen also paid tribute to her grandson, saying: "Wishing The Duke of Sussex a happy birthday today!" 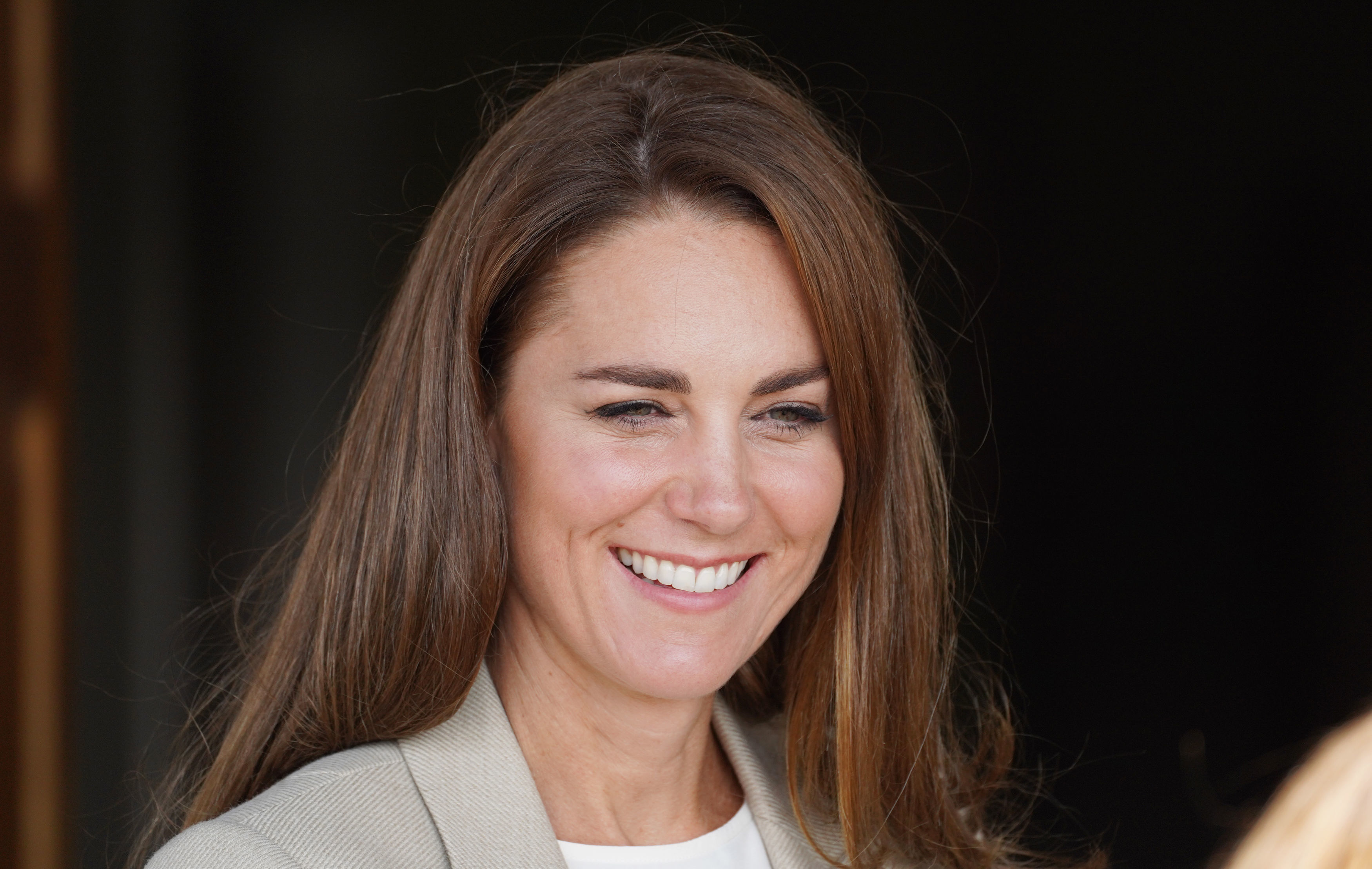 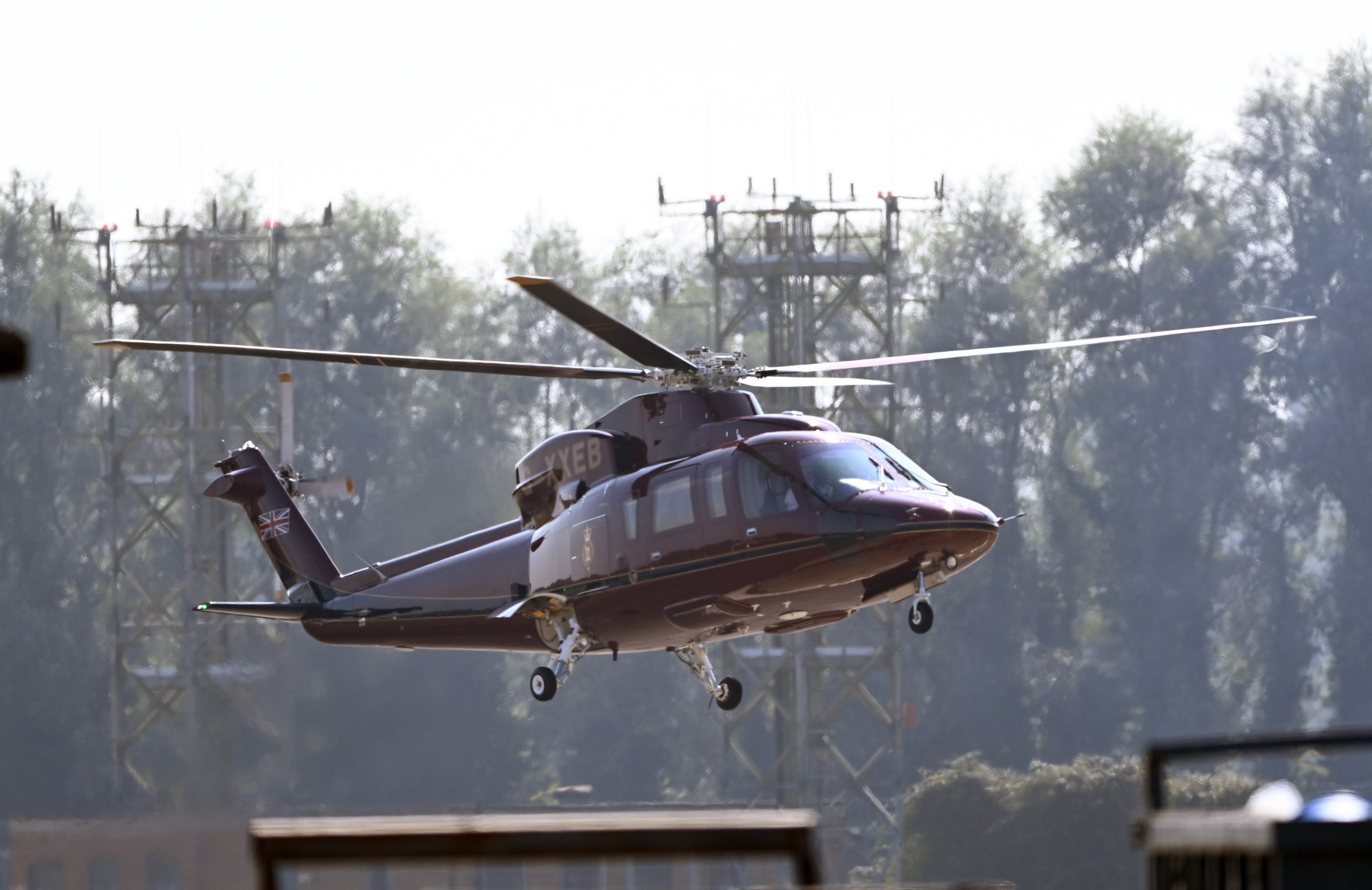