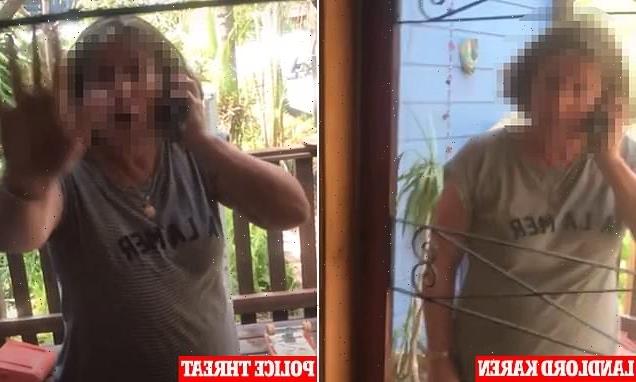 A neighbourhood ‘Karen’ has claimed a band living near her house are ‘disturbing her way of living’, suggesting the male group members shouldn’t be playing music inside their house in the middle of the day.

A video filmed from inside the band members’ Queensland residence shows a middle-aged woman with a bob haircut outside their front door complaining into her phone in a shaky voice about the music coming from the house.

The man who posted the video to TikTok on Saturday – who is believed to be named Stirling – hashtagged the bizarre video with ‘#karensgoingwild’ and ‘#karenalert’, claiming the woman was ‘at my front door at 1pm [complaining] for playing my guitar’. 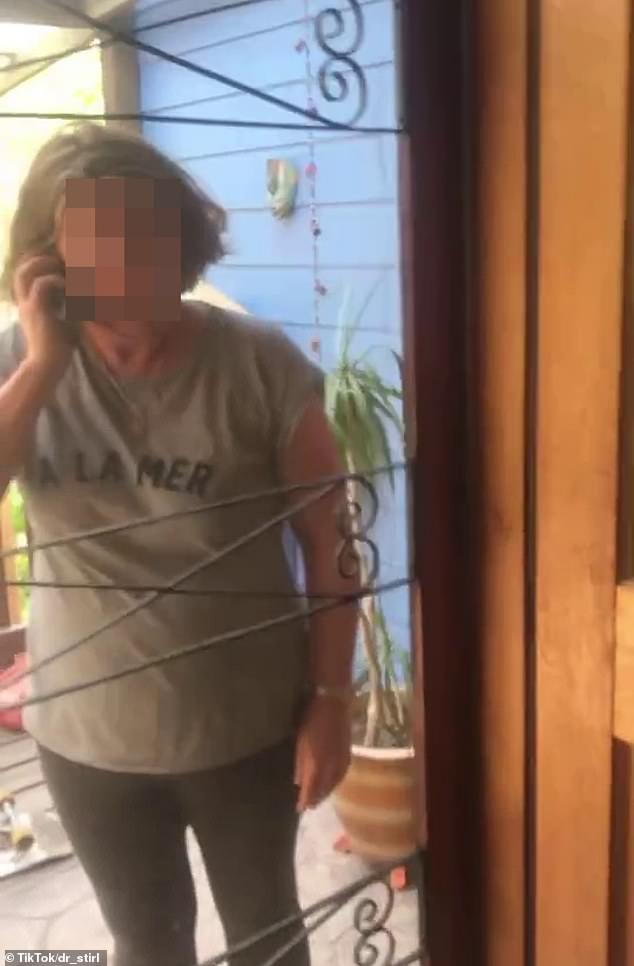 The footage shows an unnamed woman standing at the front door, staring wide-eyed through the fly screen while holding her mobile, castigating ‘Catherine’ on the other end of the line.

She paces back and forth on the patio during the call, walking past four skateboards, work boots, a pair of sandals and a dead pot plant while a ute is parked in the tenants’ leafy driveway.

‘We have asked them three times now. Nicely, and they are still doing it. It is beyond a joke Catherine, you said there was not going to be a band!’

The woman reminds Catherine that ‘Greg’ had asked her if the new tenants were music-makers, before saying ‘so you knew there was did you?’

The clearly irritated woman lectures Catherine, saying: ‘And you knew it was going to disturb our way of living’.

Does the nosey neighbour ‘Karen’ have a right to be angry about a band moving in next door?

Does the nosey neighbour ‘Karen’ have a right to be angry about a band moving in next door?

‘If you read the tenancy agreement you will see you are not to have anyone disturbing our peace, day or night,’ she continues.

A voice from inside the house calls out ‘you’re not the only one in the street!’

‘Actually!’ She says, spinning to face the front door.

‘We cut it off at a reasonable hour,’ responds the voice inside.

‘Catherine. They’re here now! Harassing me!’ The woman says into the phone, even though she is standing at their front doorstep. 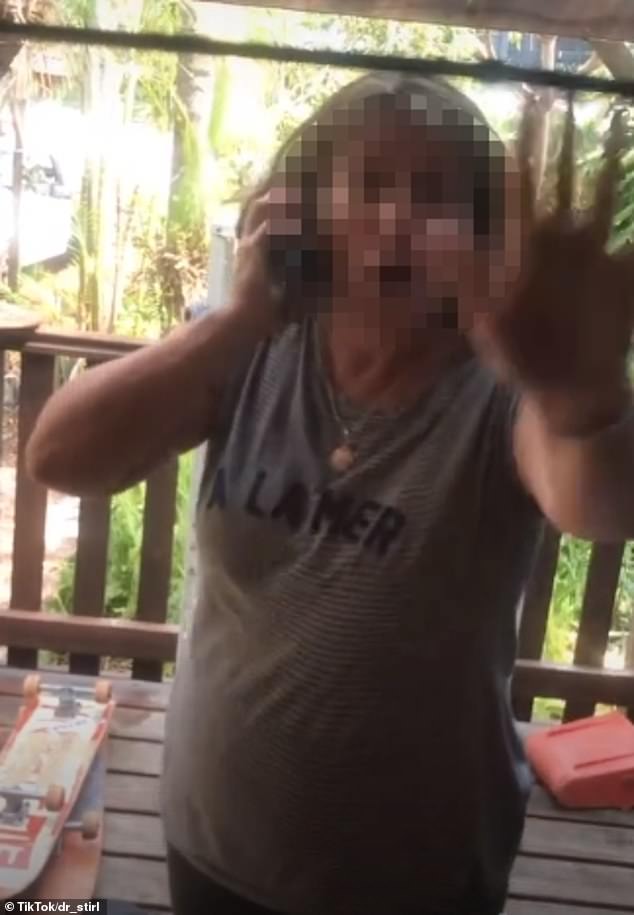 She paces back and forth on the patio during the call, walking past four skateboards, work boots, a pair of sandals and a dead pot plant. A ute is parked in the tenants’ leafy driveway

‘If you don’t speak to them and do something about it I will go to the police, I’m giving you the option.

‘We know the legal rights of this and your tenants are disturbing our peace.’

She tells Catherine: ‘You’re liable for that!’

The woman continues, saying that the tenants ‘have no regard for anyone but themselves’.

In comments on the TikTok video – which has since gone viral – Stirling claimed he told the woman he would call the police because they were the ones being harassed – and that he hadn’t heard any more from the woman.

While Stirling claimed on his TikTok that he was only playing his guitar, his previous videos show a full drum kit inside the house.

Other videos show tradesman friends mocking a different but also clearly irritated middle-aged woman who is filming them as they work.