Judge blasts prestigious £21,000-a-year boarding school for giving a reference to paedophile housemaster to work abroad even though allegations against him had already been made 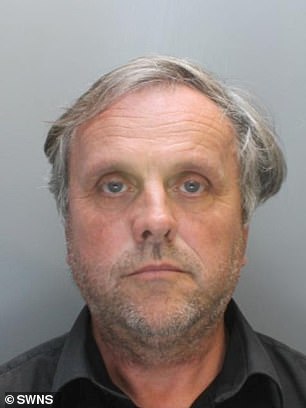 Paul Stevens (pictured), 62, left the £21,000-a-year Abberley Hall School in Worcestershire in 1999 after suspicions were raised against his behaviour towards pupils

A judge has blasted a prestigious boarding school after a paedophile housemaster was given a reference to find work abroad where he carried on abusing children.

Paul Stevens, 62, left the £21,000-a-year Abberley Hall School in Worcestershire in 1999 after suspicions were raised against his behaviour towards pupils.

He was last year jailed for 19 years for subjecting three boys to horrific abuse at the institution – which taught a string of Tory MPs.

But it has now emerged Stevens abused more youngsters after being handed a glowing reference by the school to find another job in Kenya.

Numerous allegations had already been made against the pervert at the time the boarding school helped him find work abroad.

Stevens was allowed to go on to commit two offences of voyeurism during his time working in Africa in 2012.

He has been jailed for a further three-and-a-half years to run concurrently with his existing sentence after he pleaded guilty at Warwick Crown Court.

Judge Andrew Lockhart QC expressed concerns Stevens was given a reference by the school and said the ‘whole file needed reviewing’ by authorities. 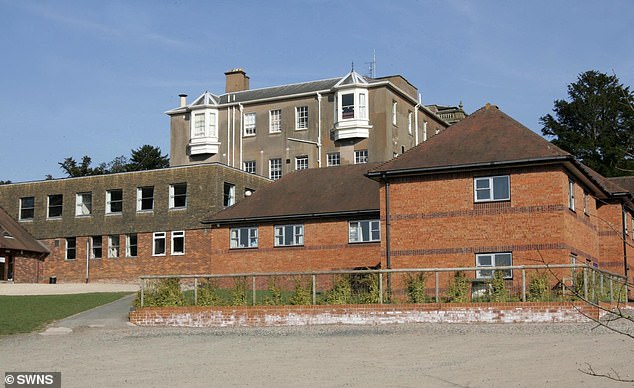 He said: ‘He was given a reference to go to Kenya. I have said the whole file needs to be reviewed by the authorities in Worcester.

‘It needs to be ensured that such things never happen again.’

The court was told how Stevens would follow [a] boy into the showers at the school in Kenya and would watch him undress.

He has also admitted indecently assaulting another eight-year-old boy at Abberley Hall during the 1990s.

Sentencing, the judge added: ‘In November 2019 you pleaded guilty to 15 sexual offences against three boys while they were pupils under your care at Abberley Hall.

‘The sentence I passed on you was a long one, 19 years extended to 24, because I found you to be dangerous.

‘But that was not the extent of your offending, as illustrated by these offences today. You denied these matters, even after you had been convicted of the earlier matters.

‘Most disturbingly, you left Abberley Hall in 1999 because suspicion had been raised against your name, but the school chose to give you a reference and you went to the school in Kenya.’

When he was originally jailed last year, the court heard how Stevens’ actions were ‘ignored’ by the headteacher during the 1980s. 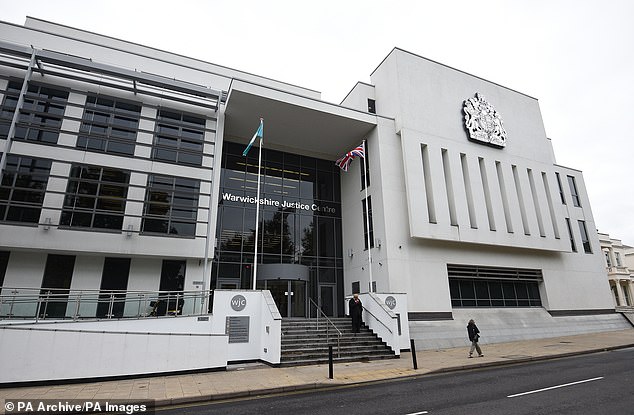 The court heard how concerns had been raised at the time about Stevens’ behaviour towards the boys but nothing was done by then-headteacher Michael Haggard.

He assaulted one victim using a shampoo bottle and inappropriately touched other students while employed to look after the pastoral care of pupils.

But he used his position to groom the students, including luring them into his quarters by promising to let them watch Match of the Day on TV.

Steven, of Gwynedd, Wales, pleaded guilty to ten charges of indecent assault and five of indecency with a child before two more victims then came forward.

Prosecutor Fiona Elder said the first had been a pupil at Abberley Hall School in the 1990s where he began as a boarder when he was just eight.

Stevens, who taught mathematics and sport, had accommodation at the school, and invited certain boys into his room as a ‘treat’ to watch films or TV programmes.

As housemaster, once the boys were in bed at night, he would make his rounds, ‘creeping round the dormitories with a torch, tucking them in’.

He used that as an opportunity to fondle the boy over his pyjamas and when the boy flinched and turned away, he began giving him punishments for rejecting his advances.

Miss Elder said Stevens left Abberley Hall in 1999 as a result of suspicions over his behaviour towards some of the boys and complaints by parents.

But he remained in the teaching profession and in 2010 he took up a post at boarding school in Kenya.

Among the boys at the Kenyan school was an 11-year-old who was ‘well-developed for his age’ and found communal showering embarrassing, as Stevens would stand and watch them.

On one occasion the boy, who had taken to wearing swimming shorts in the shower, decided to wash after the other boys had finished, only for Stevens to follow him in.

Miss Elder said: ‘The defendant made him remove his swimming shorts, and when he turned to the wall made him turn round and move his hands with which he had been covering himself.

‘He then made him wash while the defendant stood and watched.

‘On another occasion the boy stayed in his room at shower time, only for Stevens to go in and tell him to undress.

‘The boy tried to cover himself with a towel and put swimming shorts on, but Stevens made him remove them and stand naked in front of him.’

The boy told his father but when the matter was raised with the headteacher, ‘she seemed to dismiss them as trouble-makers’ but it was taken further, and Stevens was dismissed.

Detective Inspector of West Mercia Police Mark Walters said previously: ‘Paul Stevens held a position of trust as a teacher, a position he abused in the worst way possible by preying on vulnerable children.

‘I would like to pay tribute to the victims who came forward and gave evidence against him.

‘Thanks to their bravery, he has now been convicted of his appalling crimes and will face justice for his actions, and hopefully this will now give them some sense of closure.’