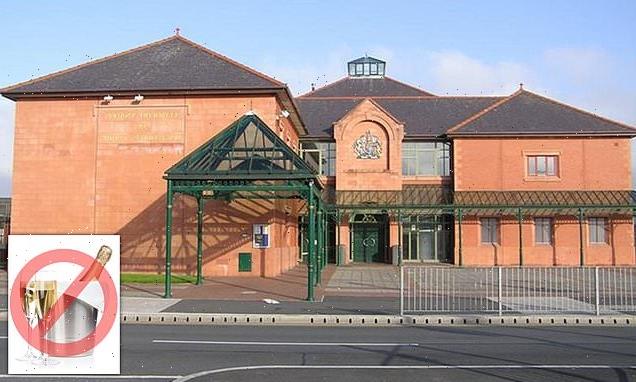 Judge bans businessman, 36, from drinking over Christmas after he BIT his ex-girlfriend’s wrist during cocaine and alcohol frenzy… less than two weeks following his previous attack

A businessman accused of biting his ex-partner’s wrist less than a fortnight after he had attacked her again was today banned by a court from drinking alcohol at Christmas.

Wyn Williams, 36, of Lon Howell, Denbigh, North Wales, was placed under a two-year community order with rehabilitation to look at his temper.

He also has to complete 90 days of alcohol abstinence monitoring.

District judge Andrew Jebb told him, at Llandudno Magistrates Court, that the ban will cover the Christmas period. 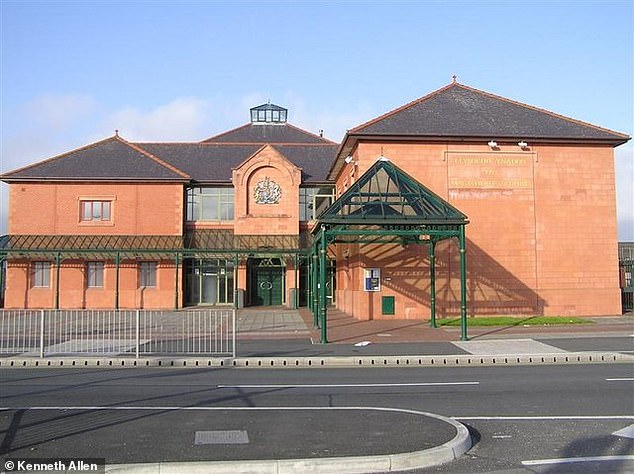 District judge Andrew Jebb told him, at Llandudno Magistrates Court, pictured, that the ban will cover the Christmas period – and this timing intentional

He said this timing is intentionally part of the punishment.

Williams must pay £180 in costs and now has a non-molestation county court order in force.

Prosecutor Rhian Jackson said victim Laura Hurst that her ‘unpredictable’ ex-boyfriend, who attacked her during a Covid lockdown, used cocaine and drank alcohol.

Williams initially denied the two assaults, on March 25 and April 5, and then admitted them during police questioning.

He claimed his victim was ‘manipulative’, but he pleaded guilty in court.

Huw Roberts, defending, said the offences happened during a difficult period in the relationship and it was now over. 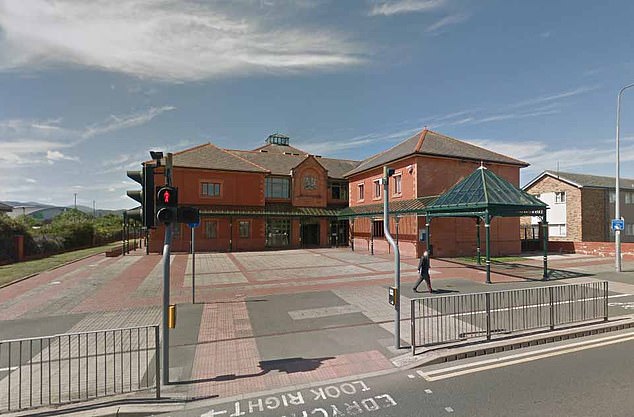 Wyn Williams, 36, was placed under a two-year community order with rehabilitation to look at his temper, as well as a 90-day alcohol abstinence monitoring, at Llandudno Magistrates Court in north Wales

Judge Jebb told Williams: ‘Whatever problems there may have been in the relationship in no way justified your behaviour.

‘There clearly are issues as far as your anger is concerned that you need to deal with.’

He said the biting was ‘shocking’ conduct, adding that the defendant had previous convictions for assault.