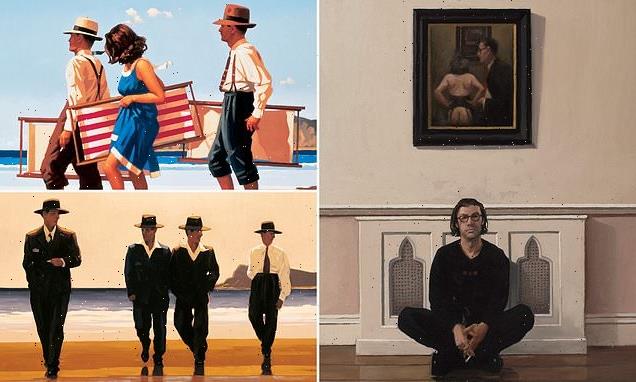 Unseen paintings by Jack Vettriano will feature in an exhibition at the gallery where he sought inspiration as a young artist.

The show at Kirkcaldy Galleries in Fife will include 12 oil paintings he produced in his early 20s and 30s, signed with his birth name, Jack Hoggan.

The works, painted before he achieved international success in the 1990s, will go on show alongside pieces that have sold for five and six-figure sums.

It will be the 70-year-old artist’s first retrospective since a major show at Kelvingrove Art Gallery and Museum in Glasgow in 2013 and the first to focus on his formative years and early career. 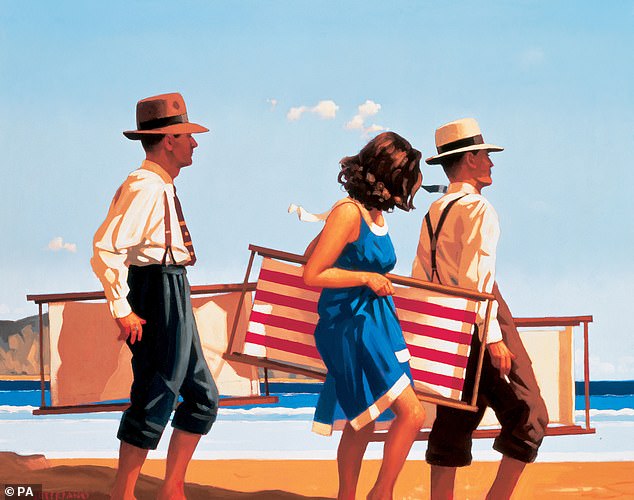 Although widely panned by critics, Jack Vettriano has sold his painitings for hundreds of thousands of pounds and has an estimated net worth of up to £3.6million. Pictured: Vettriano’s Sweet Bird of Youth, which has been seen before 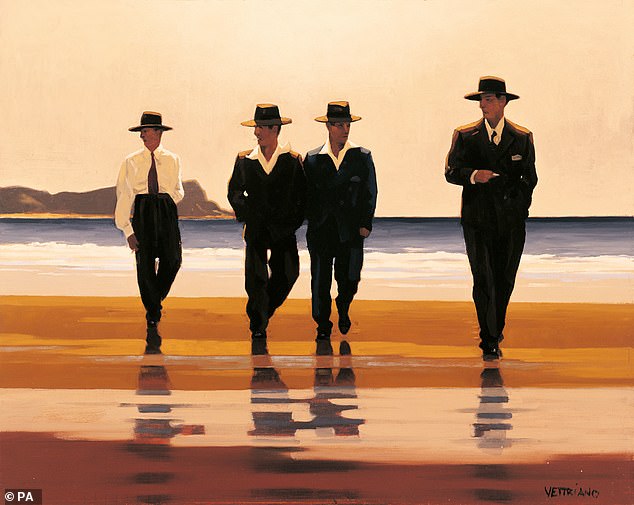 Vettriano, left school at 15 to become a mining engineer but took up painting after a girlfriend gave him a box of watercolours for his 21st birthday. Pictured: Vettriano’s The Billy Boys, prints of which sell for hundreds of pounds 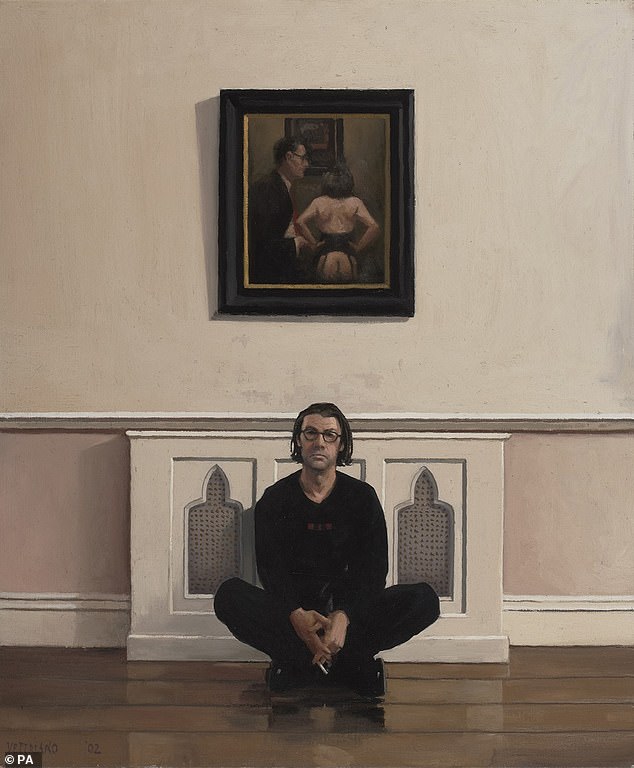 Self Portrait, a painting from 2002 by Jack Vettriano that will feature in an exhibition that will include unseen works, unlike this one, at the Kirkcaldy Galleries in Fife, where he sought inspiration as a young artist

Vettriano, from Fife, left school at 15 to become a mining engineer but took up painting after a girlfriend gave him a box of watercolours for his 21st birthday.

The artist learned by copying the Old Masters, Impressionists and Scottish artists and drew inspiration from works he saw in Kirkcaldy Galleries, which is managed by cultural charity OnFife.

He said: ‘I grew up admiring the work of so many great Scottish painters in what was then my local gallery.

‘Kirkcaldy has a great permanent collection and a free admission policy, so I have the Galleries to thank for the start of my art education.’

The artist later adopted his mother’s maiden name to mark a break with work sold under his family name Hoggan.

The new exhibition opens in June and will include one of two paintings Vettriano entered for the Royal Scottish Academy’s annual show in 1988. 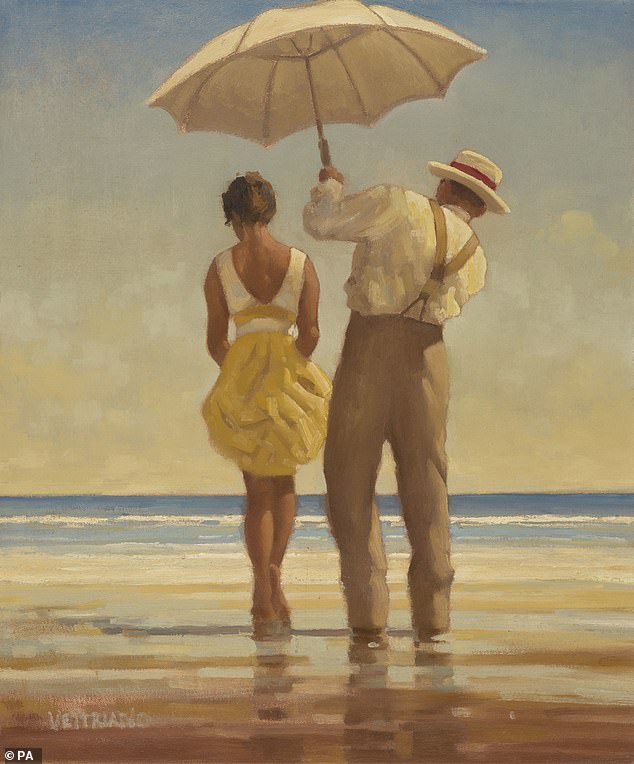 Sculptor David Mach has spoken out in support of Vettriano saying in The Scotsman : ‘If he was a fashion designer Jack would be right up there.’ Pictured: Vettriano’s painting Mad Dogs. Images of the 12 unseen paintings featured in his show have not yet been released 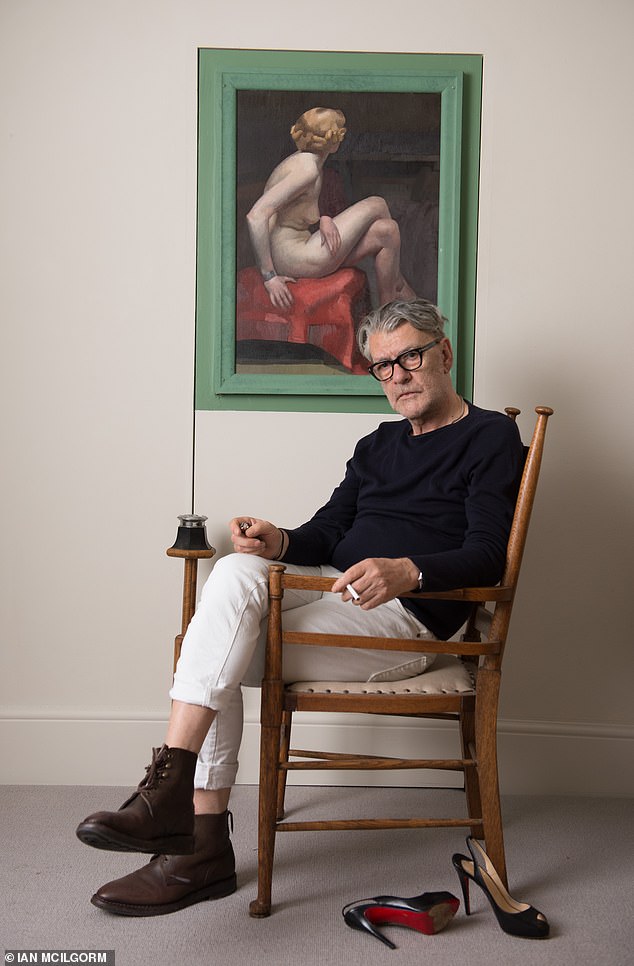 Both paintings sold on the first day, a turning point that inspired him to become a full-time artist.

Among the 57 private loans will be pieces such as Billy Boys, Valentine Rose and Bluebird at Bonneville, while two works from OnFife’s collection, including a self-portrait, will also feature.

OnFife exhibitions curator Alice Pearson said: ‘This is the first time Jack has agreed to exhibit work painted simply as a hobby beside later pieces that wowed sell-out shows in London and New York. 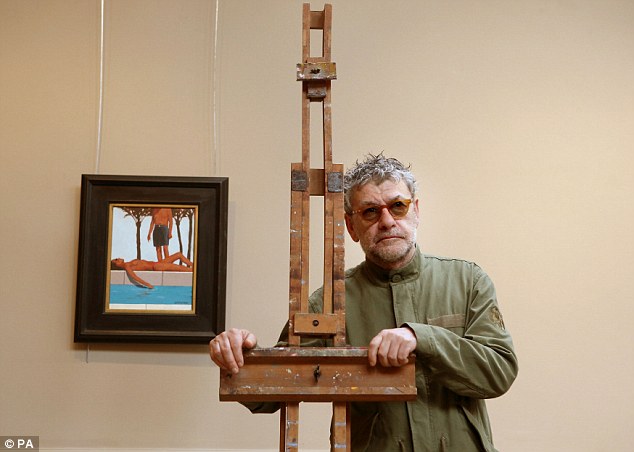 Painter Jack Vettriano, whose work has been labelled as ‘dim erotica’, but sells for hundreds of thousands of pounds has criticised the art establishment for snubbing his work

‘The exhibition will highlight the diversity of subject matter and styles Jack tackled while learning his craft, giving him the confidence and technical ability to develop his own identifiable style.’

Also included will be Long Time Gone, which is set against a backdrop of the now-demolished Methil power station, a once familiar Fife landmark.

The exhibition, which covers the artist’s career up to 2000, was originally planned for 2019 but has twice been postponed because of Covid-19 restrictions.

Who is Jack Vettriano and why do critics hate his work?

Despite his immense popularity with the public, Jack Vettriano has often been the recipient of more negative comments from art critics, and was once famously described as ‘The Jeffrey Archer of the art world’.

Throughout the years, his work has been described as twee and chauvinistic, with his more erotically-charged material written off as ‘pornography’.

However, his work has sold for thousands, and he is believed to be Britain’s most reproduced artist – making thousands from versions of his paintings. His net worth is estimated to be up to £3.6million.

Scottish art historian Duncan Macmillan once said of Vittriano: ‘He’s welcome to paint so long as nobody takes him seriously.’

Jones added: ‘The world of Jack Vettriano is a crass male fantasy that might have come straight out of Money by Martin Amis.’

Sandy Moffat, head of drawing and painting at Glasgow School of Art, said: ‘He can’t paint, he just colours in’, while Richard Calvocoressi, former director of The Scottish National Gallery of Modern Art, said: ‘I’d be more than happy to say that we think him an indifferent painter and that he is very low down our list of priorities (whether or not we can afford his work, which at the moment we obviously can’t).

‘His ‘popularity’ rests on cheap commercial reproductions of his paintings.’

Vittriano has claimed Van Gogh and Monet would have been in favour of selling reproductions.

Alice Jones wrote in The Independent that in Vettriano’s paintings ‘women are sexual objects, frequently half naked and vulnerable, always in stockings and stilettos.’

Yet sculptor David Mach has spoken out in support of Vettriano saying in The Scotsman: ‘If he was a fashion designer Jack would be right up there.