LOS ANGELES — It wasn’t all that long ago that filling up a big gas tank cost less than $100 in California.

Not anymore. The statewide average for regular gas is currently $6.34 per gallon, more than two dollars higher than a year ago, meaning that anyone putting 16 gallons or more in their car is paying over $100.

“It’s terrible,” Lisa, a driver in California, told Yahoo Finance. “I can’t go visit my grandkids in Ventura County because of the gas prices, and then I work far away.”

Some parts of the Golden State are being affected more than others: One station in Mendocino, north of San Francisco along the coast, recently recorded prices a few cents away from $10. 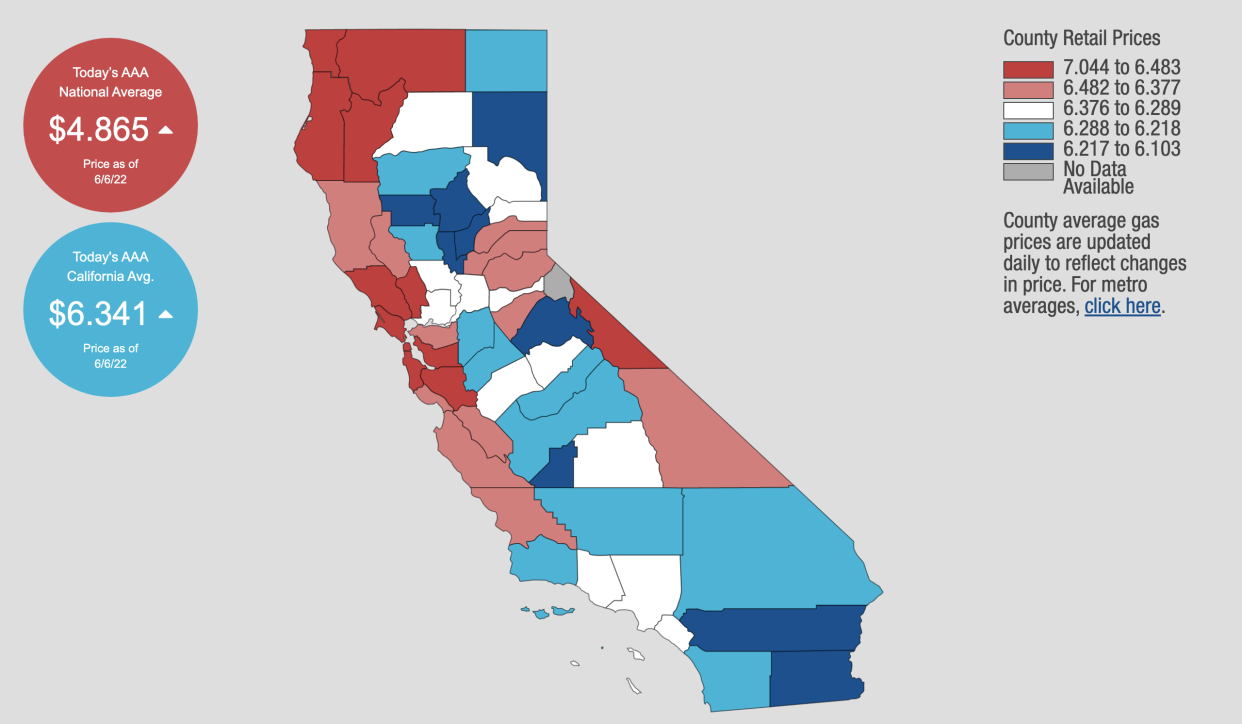 Surging gas prices are taking a bite out of consumers’ budgets, with the typical U.S. household spending $4,800 on gas at an annual rate — a 70% jump from a year ago, economist Ed Yardeni noted in a LinkedIn post about his research.

The pain at the pump is even worse in California.

“Since I’m on a budget, I do drive a little bit less,” Alberto Bertrand, a college student in Southern California, told Yahoo Finance. “My tank doesn’t get filled up as much as it used to. So now when I would go cruising either down the beach or anything like that, I stay away from that now.”

Crude oil costs account for slightly more than half of the pump price, according to the U.S. Energy Information Administration.

Another hurdle for some drivers as structural forces lead to elevated prices is that their wages are not keeping up with the gas price inflation.

“Our minimum wage isn’t meeting what the prices are for gas,” California driver Andy Garcia told Yahoo Finance. “So… say you work minimum wage somewhere, you work 6 hour shifts maybe part time or you work full time 8 hours, and you’re making minimum wage. What you’re making in one day is what you’re going to end up spending for gas to fill up your tank.”

And while California sits above $6 per gallon on average, a total of eight U.S. states now average $5 or higher. JPMorgan recently asserted that the nationwide average — currently $4.86 per gallon — could surpass $6.20 per gallon by August.

‘If you have a high performance car…’

More pain could be in store for drivers as the summer travel season kicks off, and some drivers are grappling with whether to continue putting premium gas in their car.

“Check your owner’s manual,” AAA National Public Relations Manager Andrew Gross told Yahoo Finance. “If you have a high performance car, … [it] will require premium and then you’re kind of stuck, but if you’re just using premium [because] you think it’s cool, you’re just wasting money. I mean, you can easily put plain old, regular gas in your car and you will be just fine.”

As of early 2022, roughly 16.5 million U.S. drivers filled their cars with premium, according to AAA. 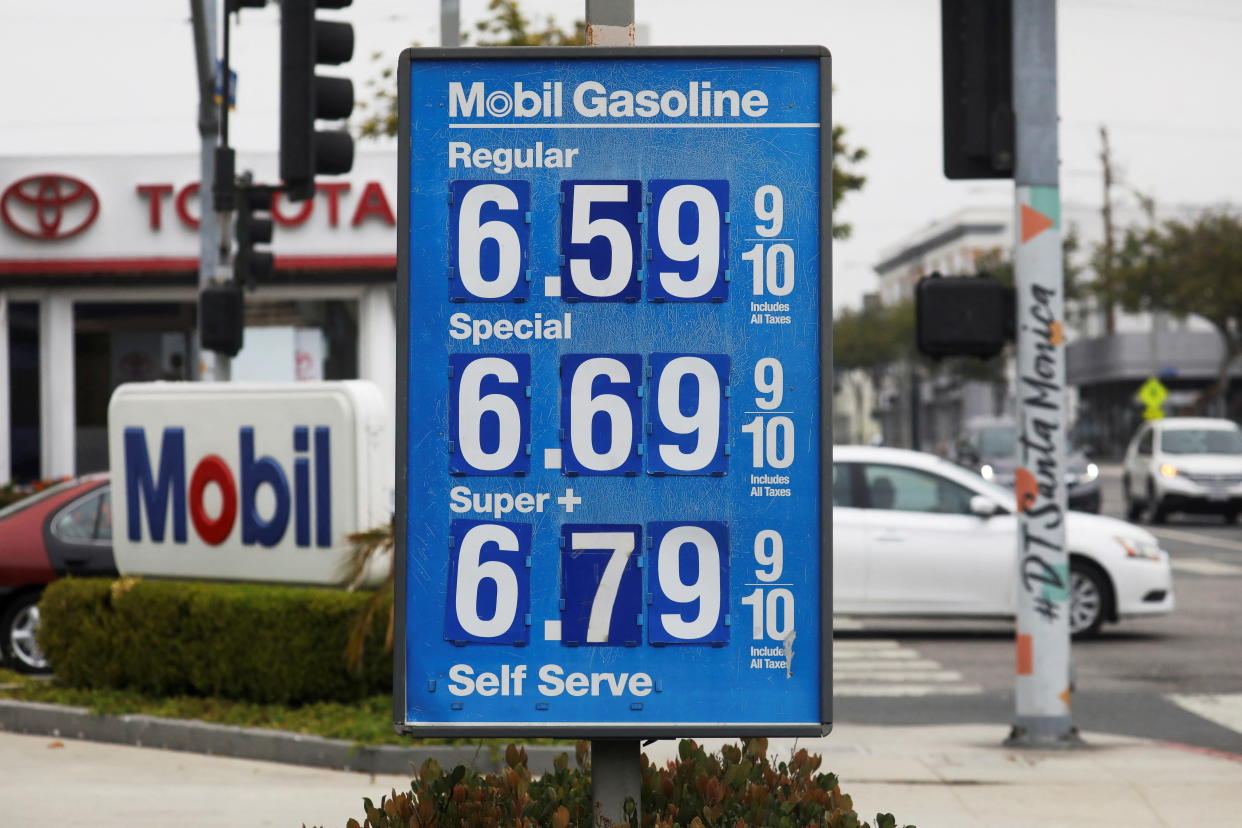 Gross added that he “cannot imagine that [those drivers] still are. But then again, a lot of people are under the mistaken belief that premium is better for their car.”

For Garcia, who drives a Honda CRV, it’s worth paying for premium.

“The difference is 30 cents, 40 cents for 10 gallons — I’m paying $4 difference,” he explained. “I don’t really see it that bad because if the premium would make my car last longer and it’ll give me more mileage. I feel like those $4 is worth it.”