GUNMEN suspected to be part of ISIS have stormed a maternity ward in the Afghan capital of Kabul, killing at least eight people on Tuesday.

The deadly attack came on the same day that a suicide bomber in the eastern region of the country killed and wounded at least fifty people, officials have said. 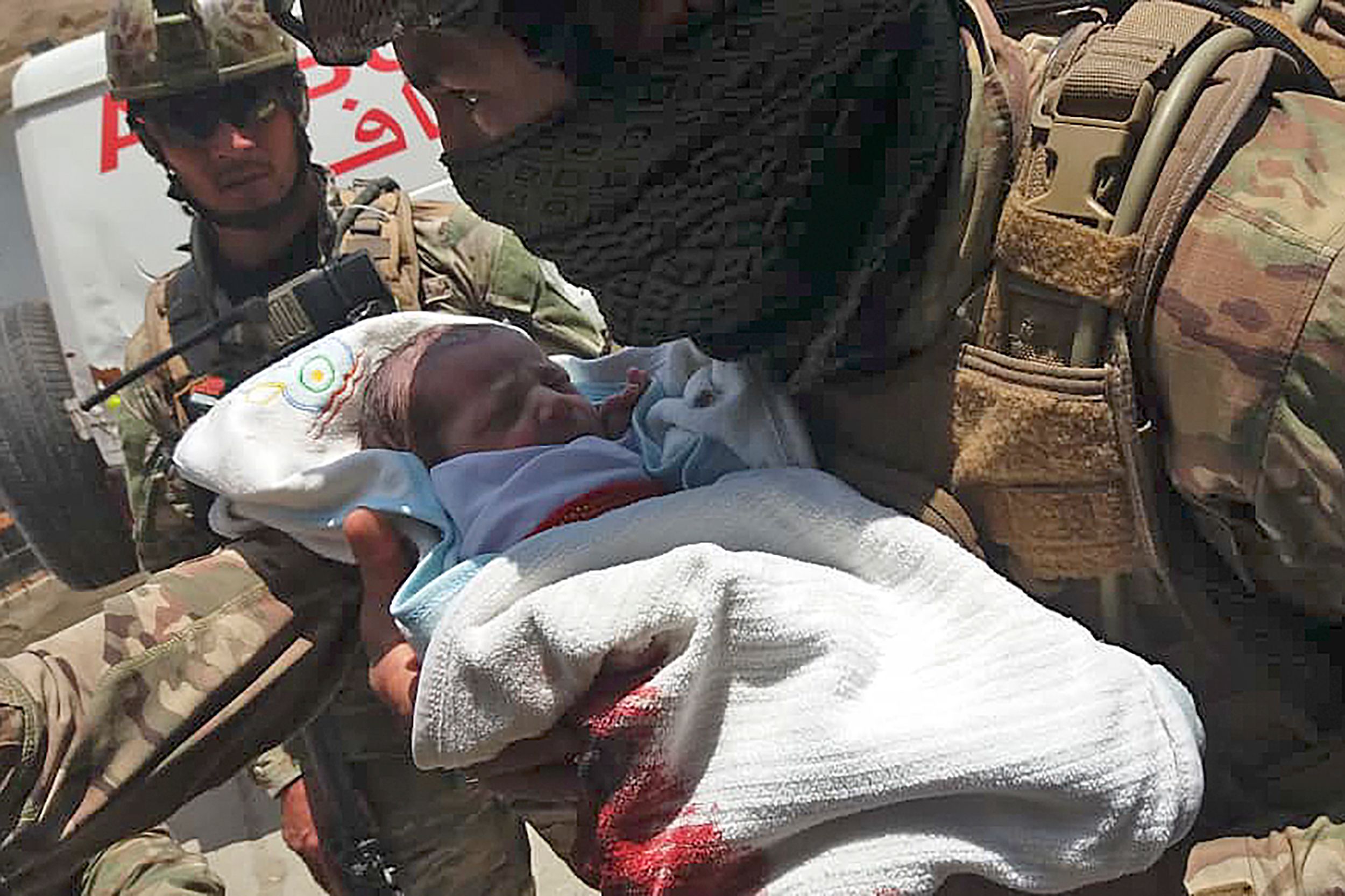 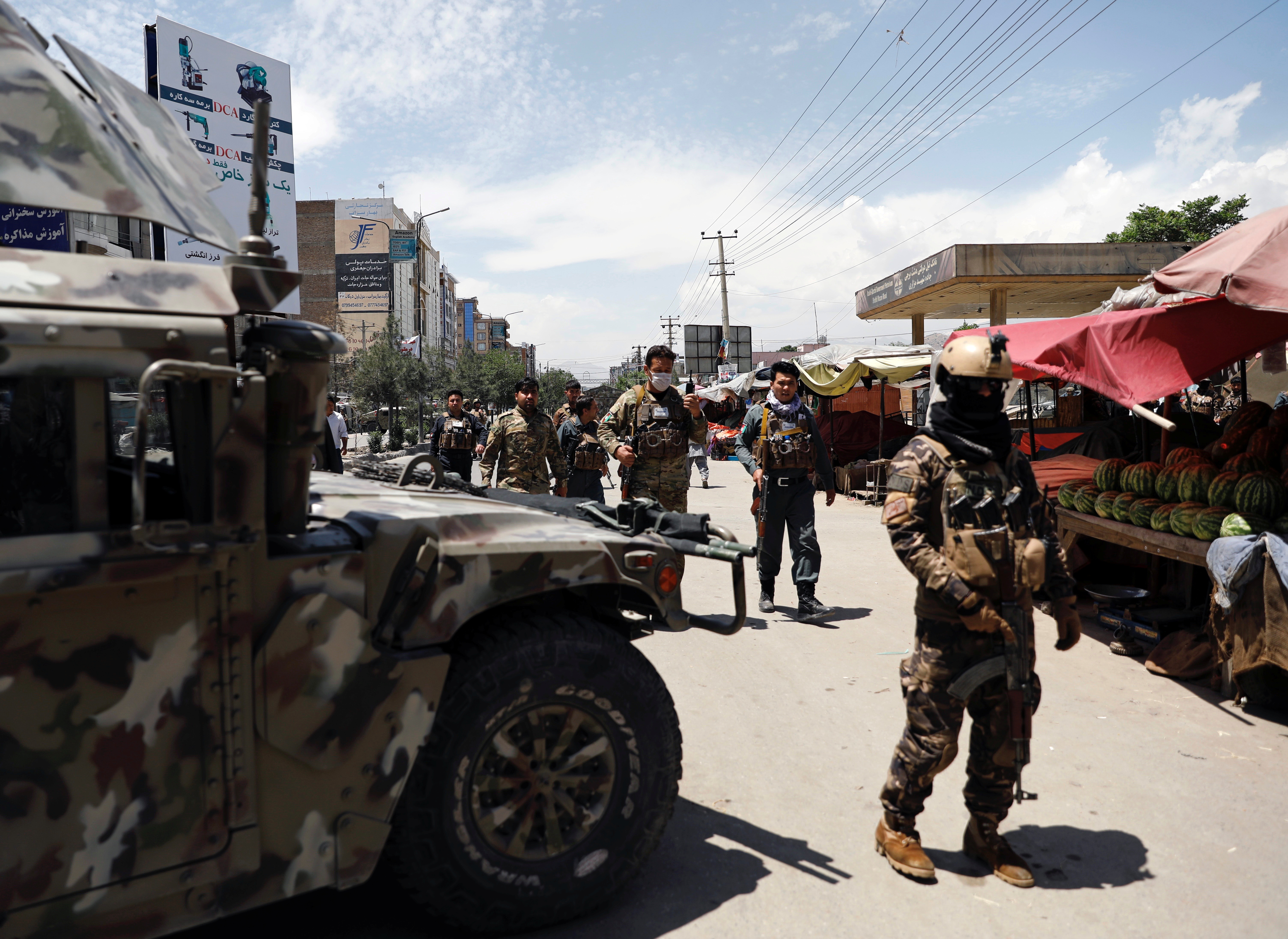 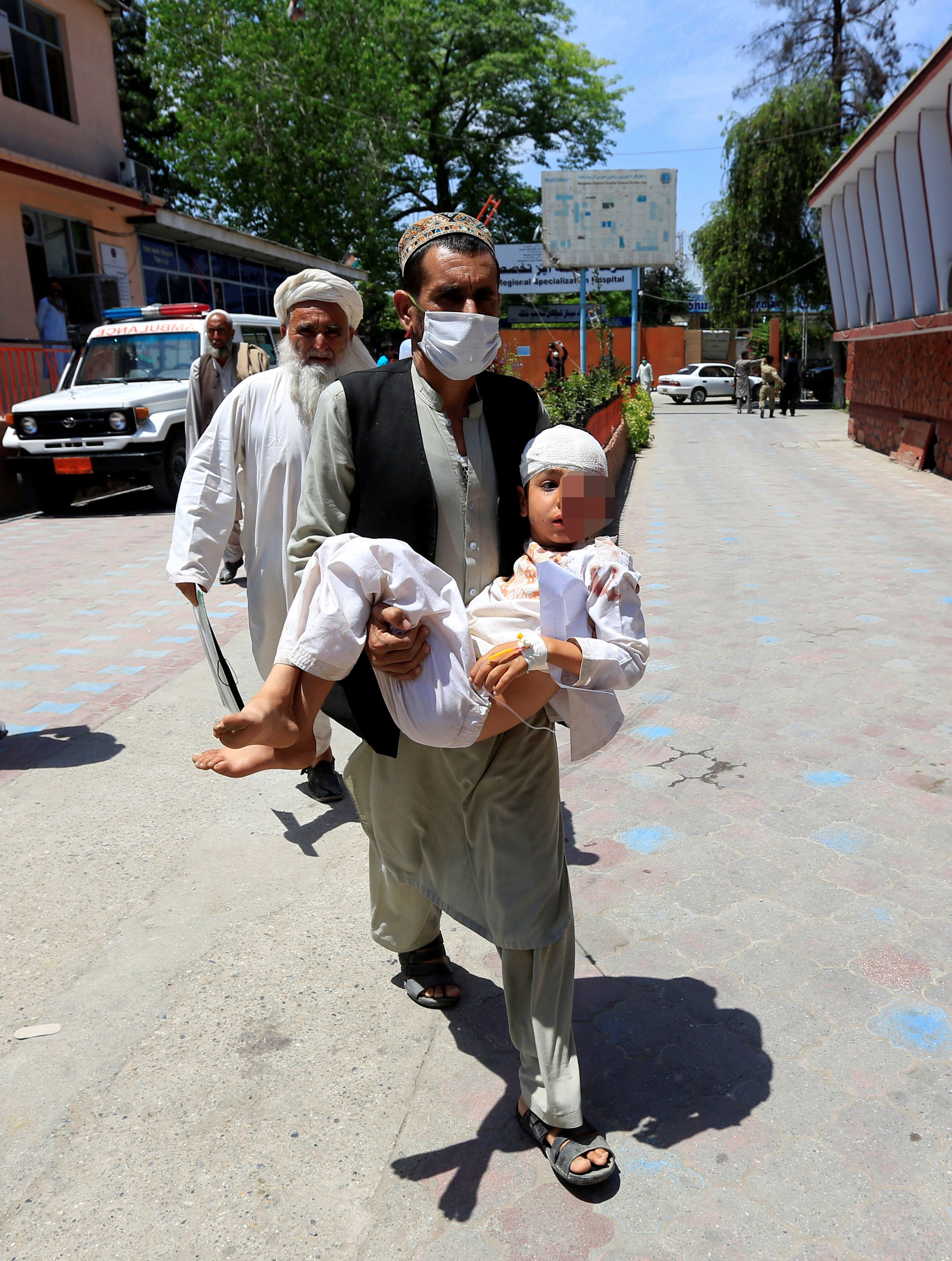 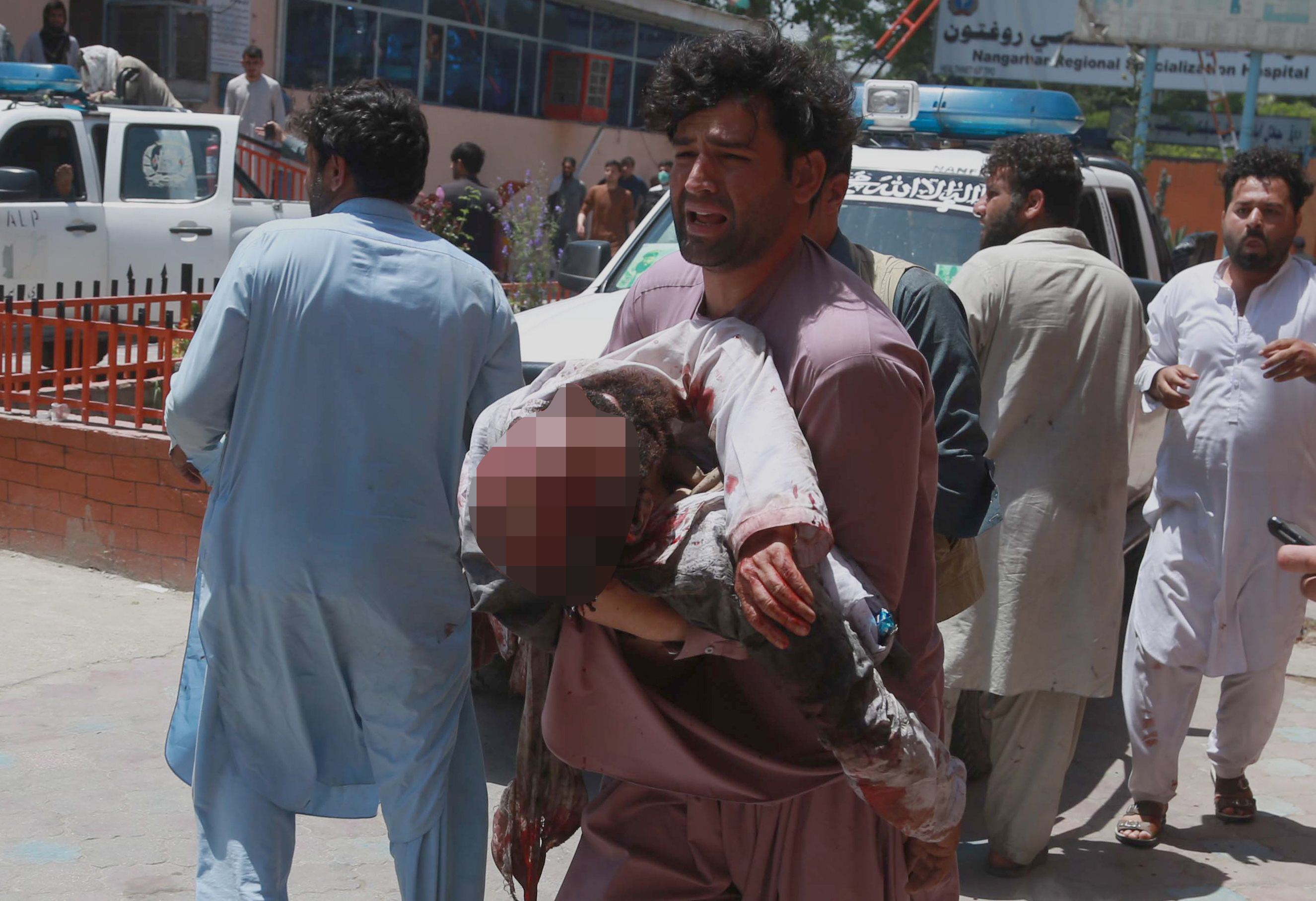 The first attack took place at the maternity clinic at the Dasht-e-Barchi Hospital, which is run by international humanitarian organisation Medecins Sans Frontieres (MSF).

The building is located in the predominantly Shia neighbourhood of Dashti Barchi, home to a large population of Afghanistan's Hazara community, who have been the target of numerous past attacks from militant group ISIS.

The terrorist group has claimed a number of bloody attacks in the capital in recent months – including a series of roadside blasts on Monday which wounded four civilians.

Shocking images show soldiers rushing a newborn baby wrapped in a blood-stained blanket to safety, and locals frantically carrying the bodies of the wounded. 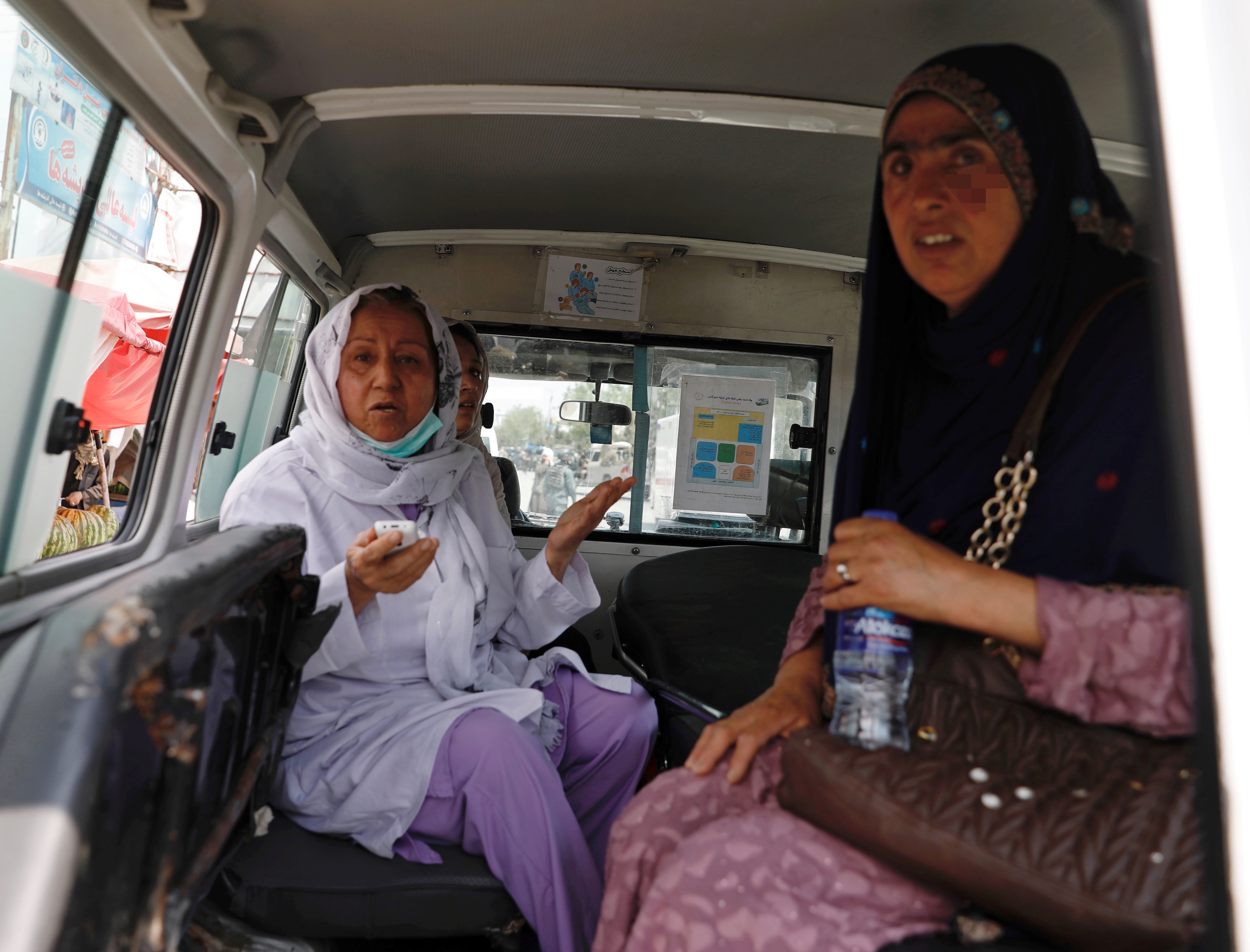 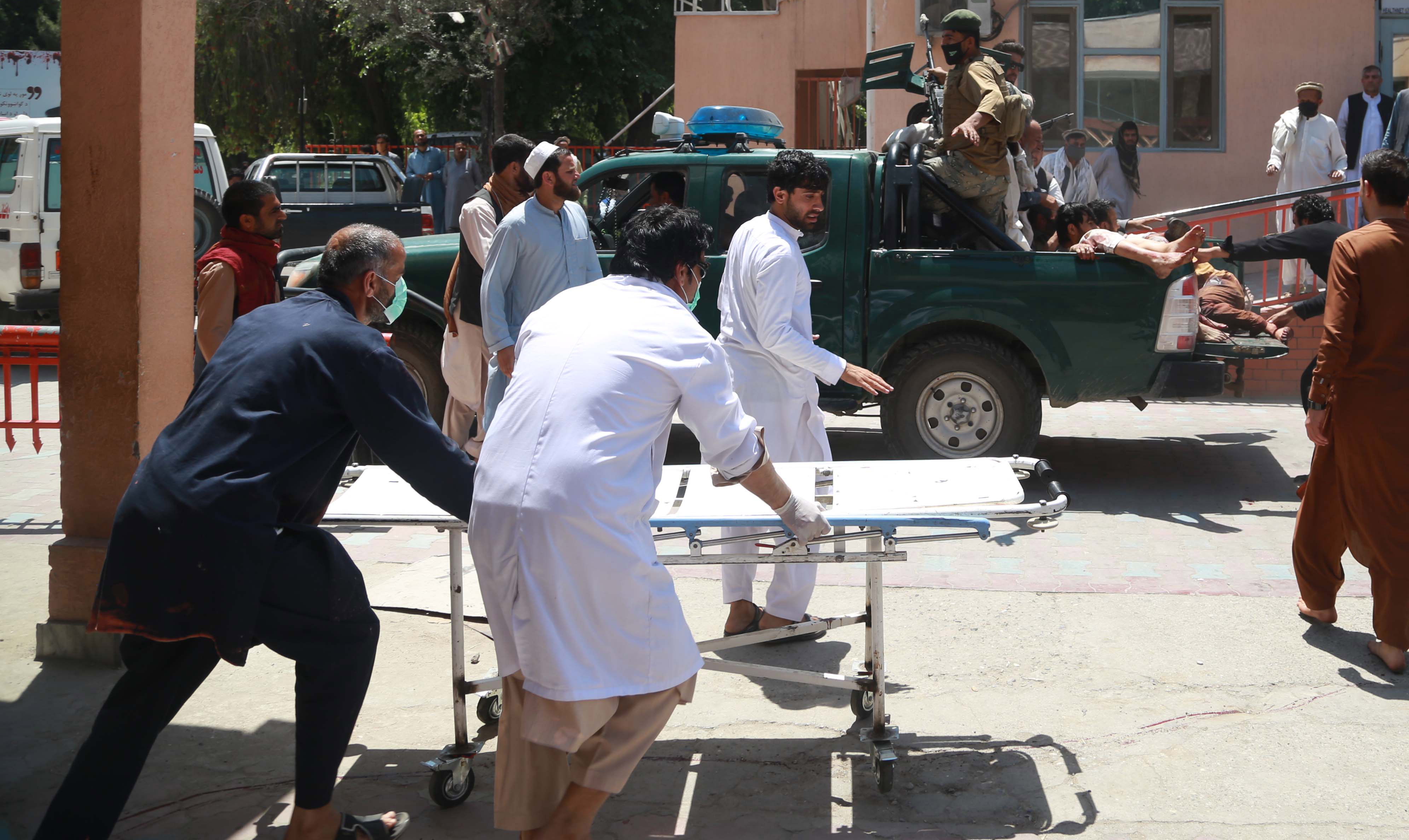 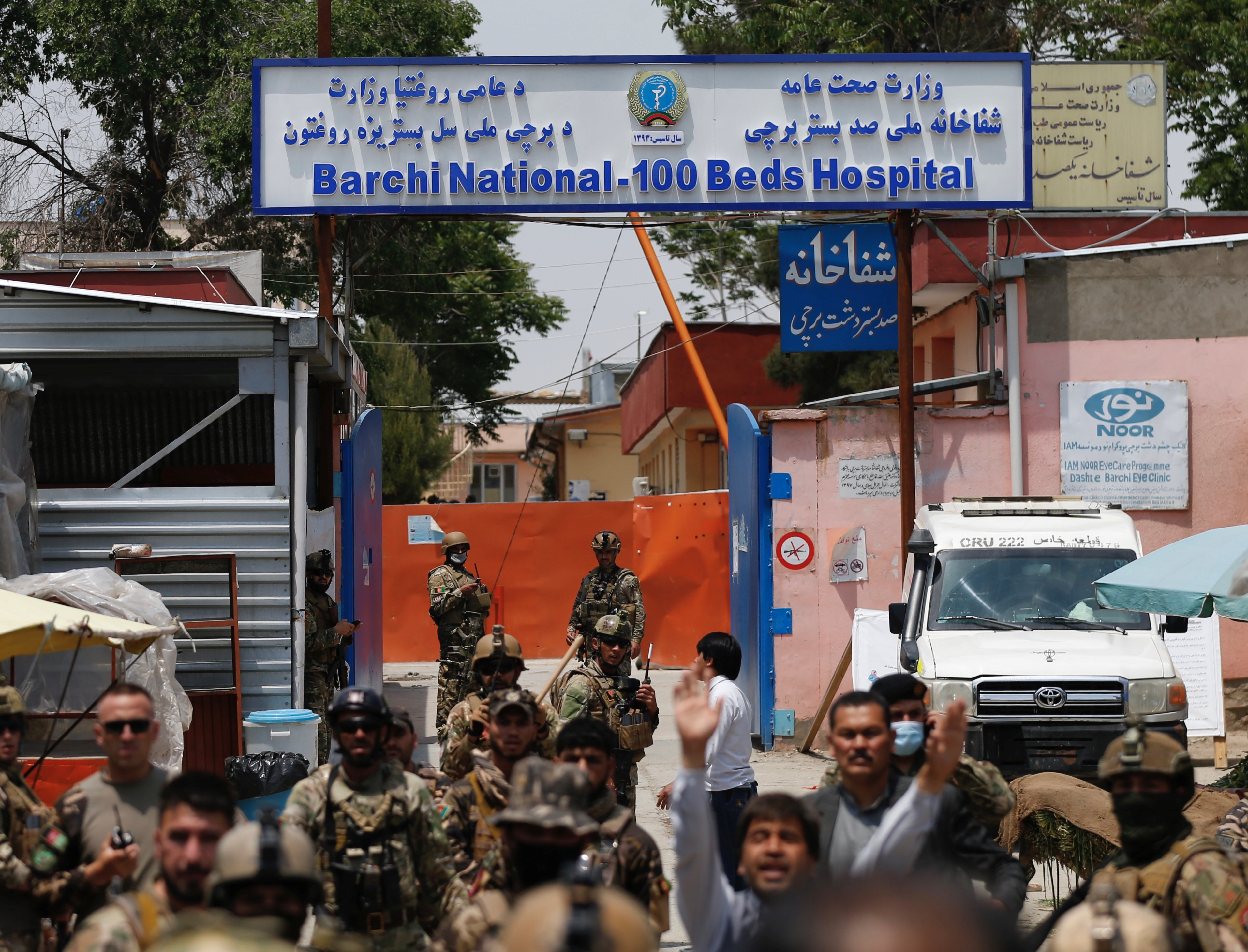 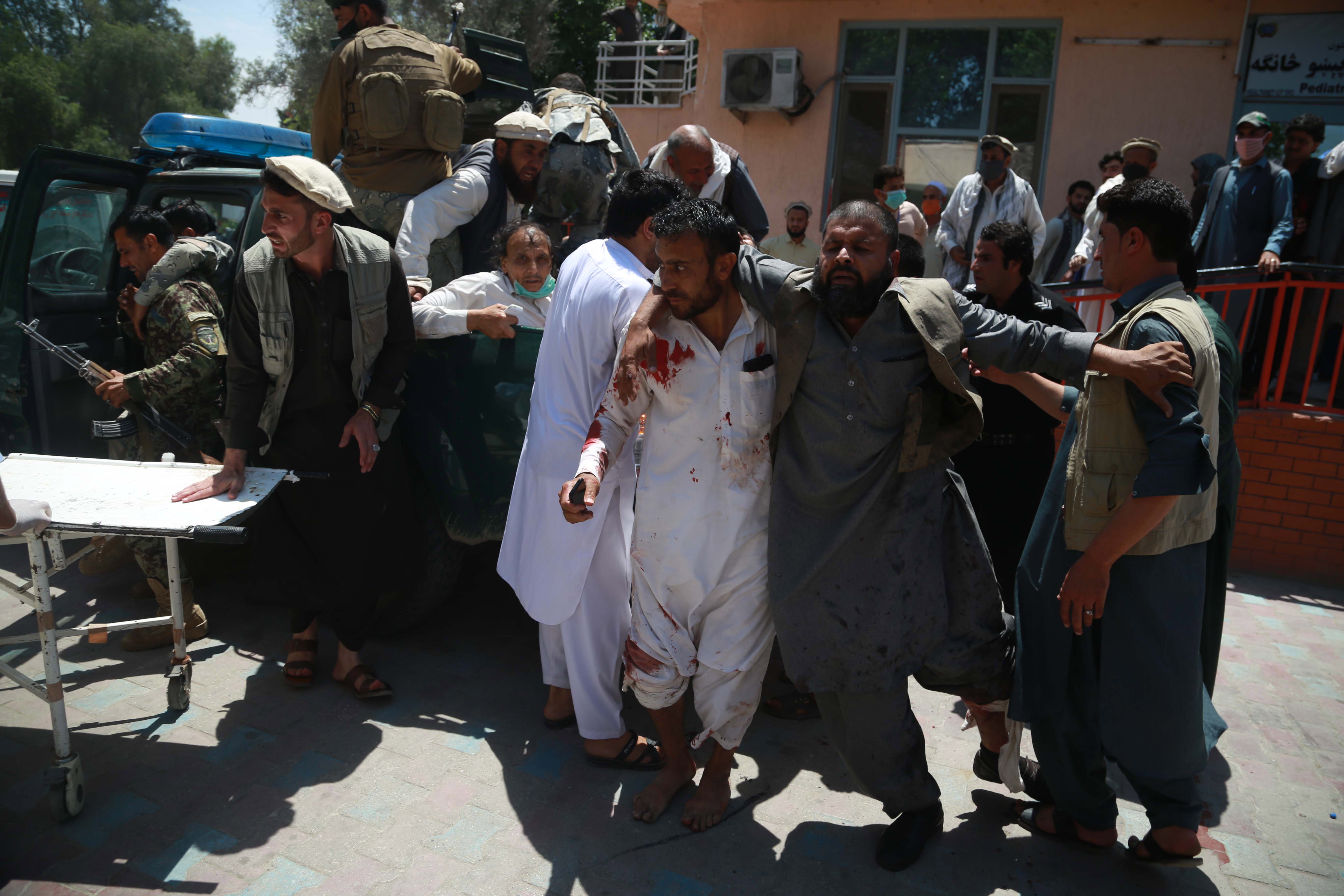 It came on the same day a suicide bomber in eastern Afghanistan killed and wounded at least 50 men in an attack on the funeral of a police commander attended by government officials in the Khewa district of Nangarhar province, near the border with Pakistan.

According to Sohrab Qaderi, a member of the region's provincial council, member of parliament Hazrat Ali survived.

Fighters from Islamic State first appeared in the region in 2014, and regularly battle the Taliban as well as government forces.

The Taliban, meanwhile, have denied responsibility for both attacks.

The deadly attacks come as the government also struggles to contain outbreaks of violence from the Taliban, despite a series of peace talks in February led by the US aiming to 18 years of war.

But the peace deal collapsed after the Taliban and the government failed to agree over a prisoner swap, prompting violence to continue.

The Taliban say they are holding back from attacking urban centres and their operations are aimed at government security forces.

Afghanistan is also struggling with the coronavirus crisis.

The country has recorded nearly 5,000 cases and 122 deaths, though there are fears this may be much higher.

Fears are growing over the extent of the spread of the disease, as the country's healthcare system has been shattered by years of war. 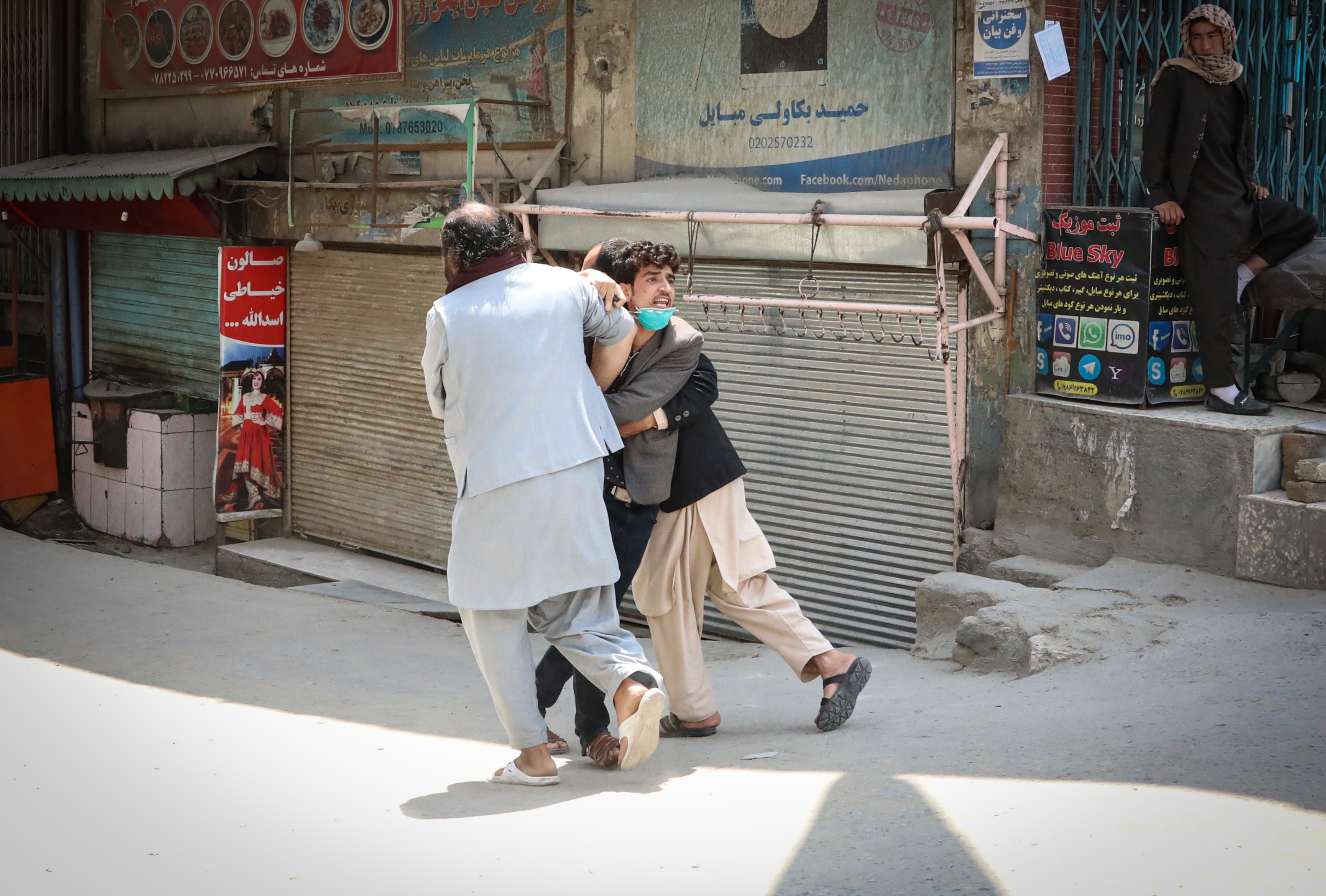 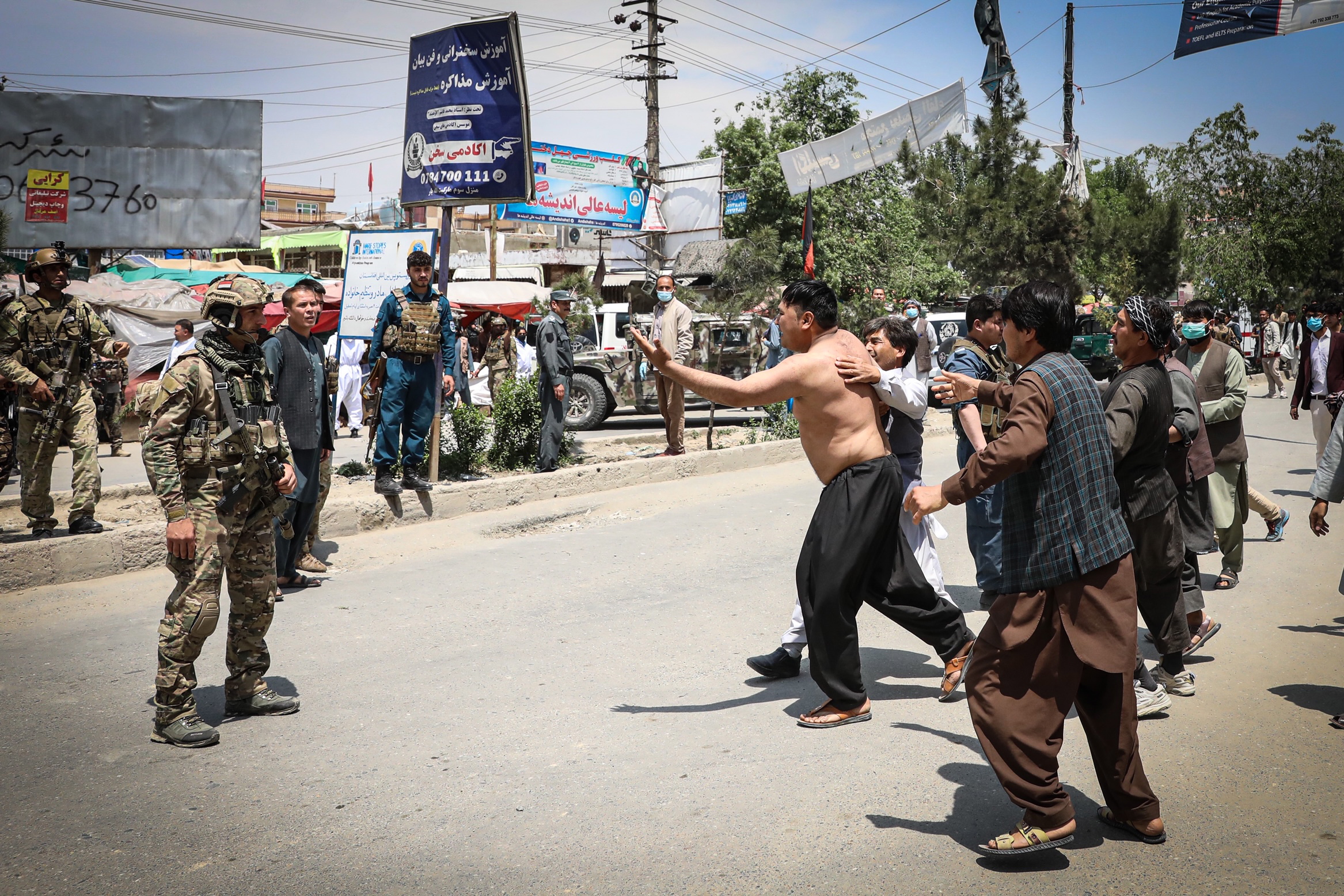 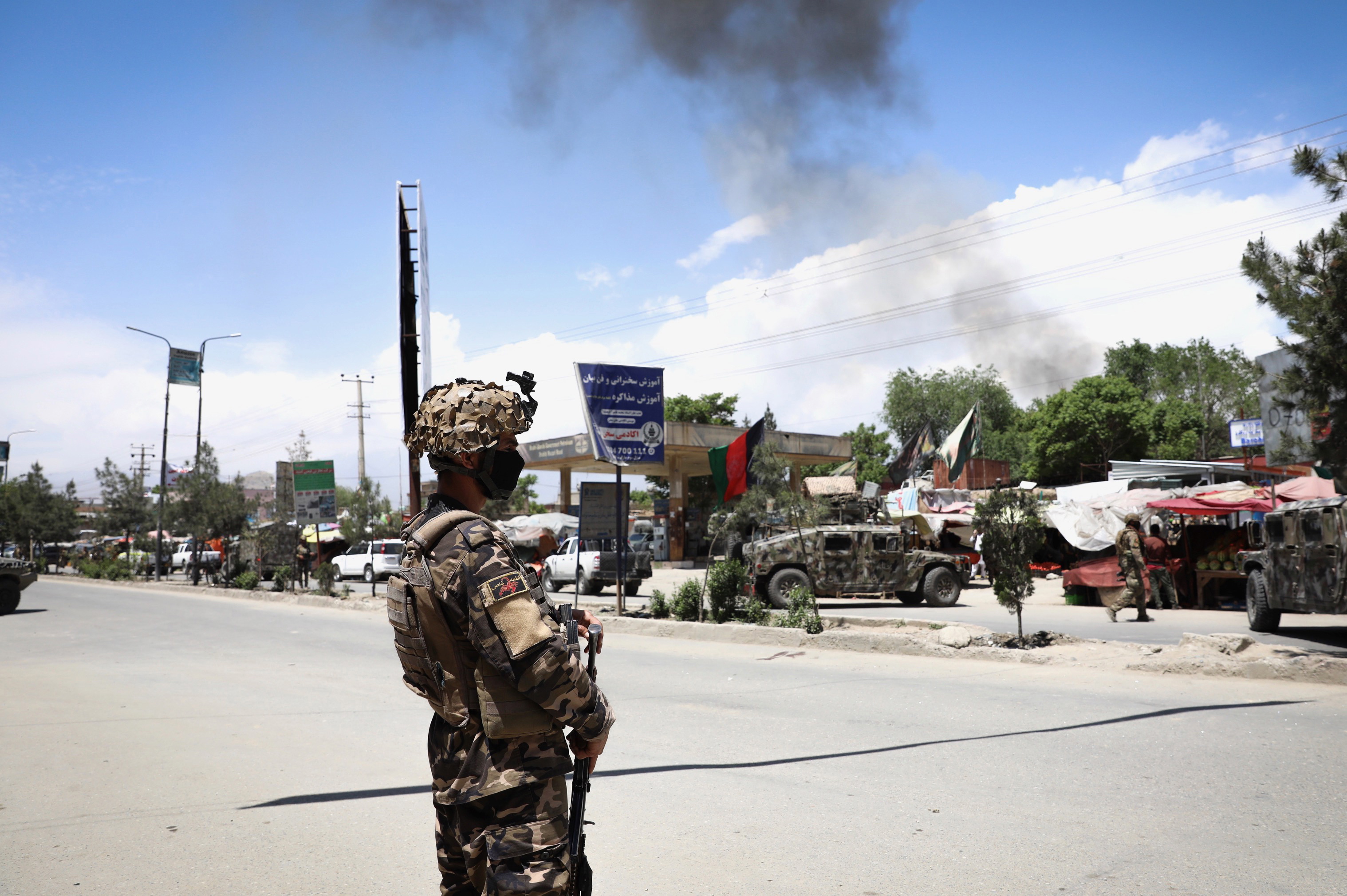 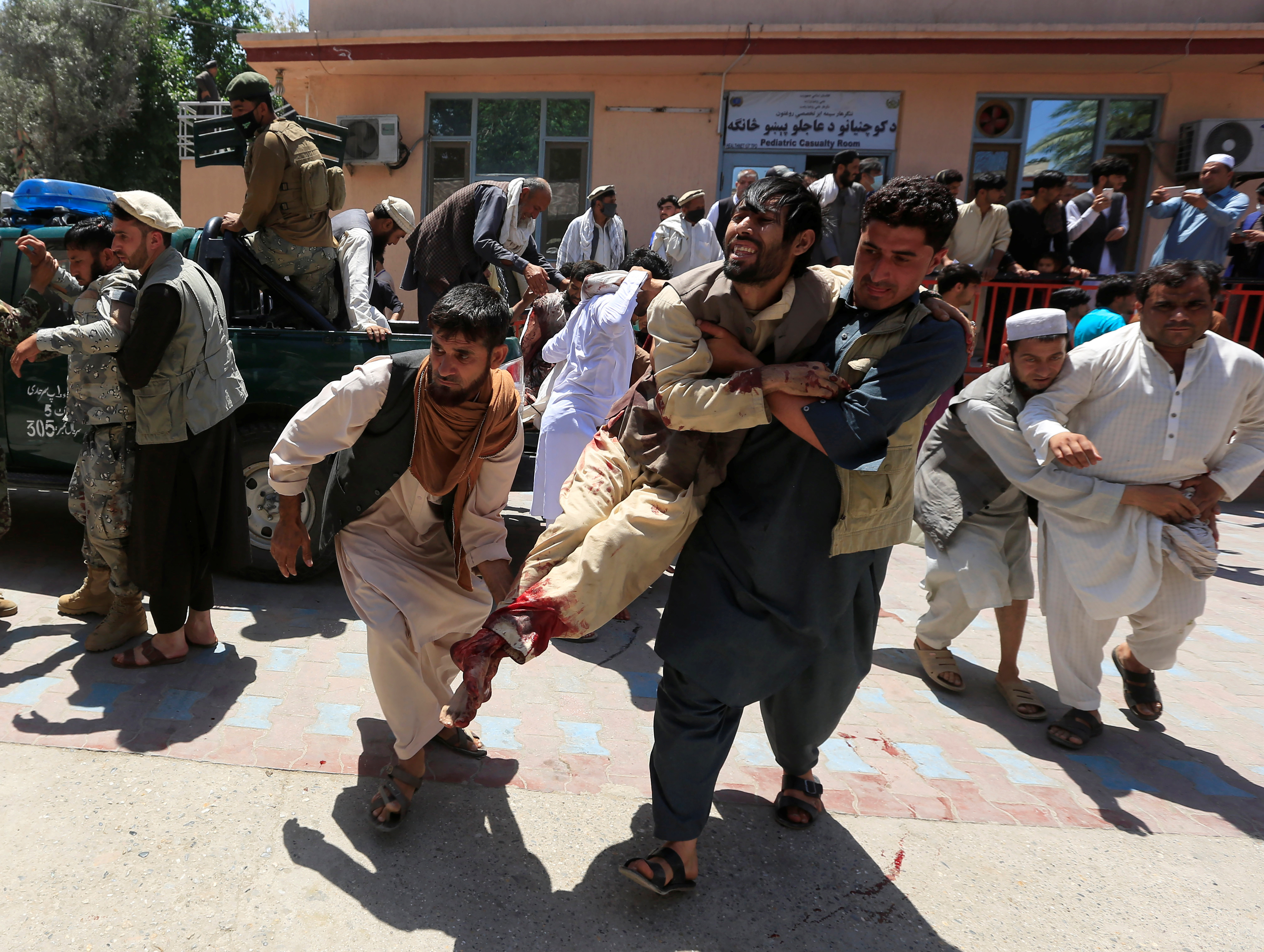 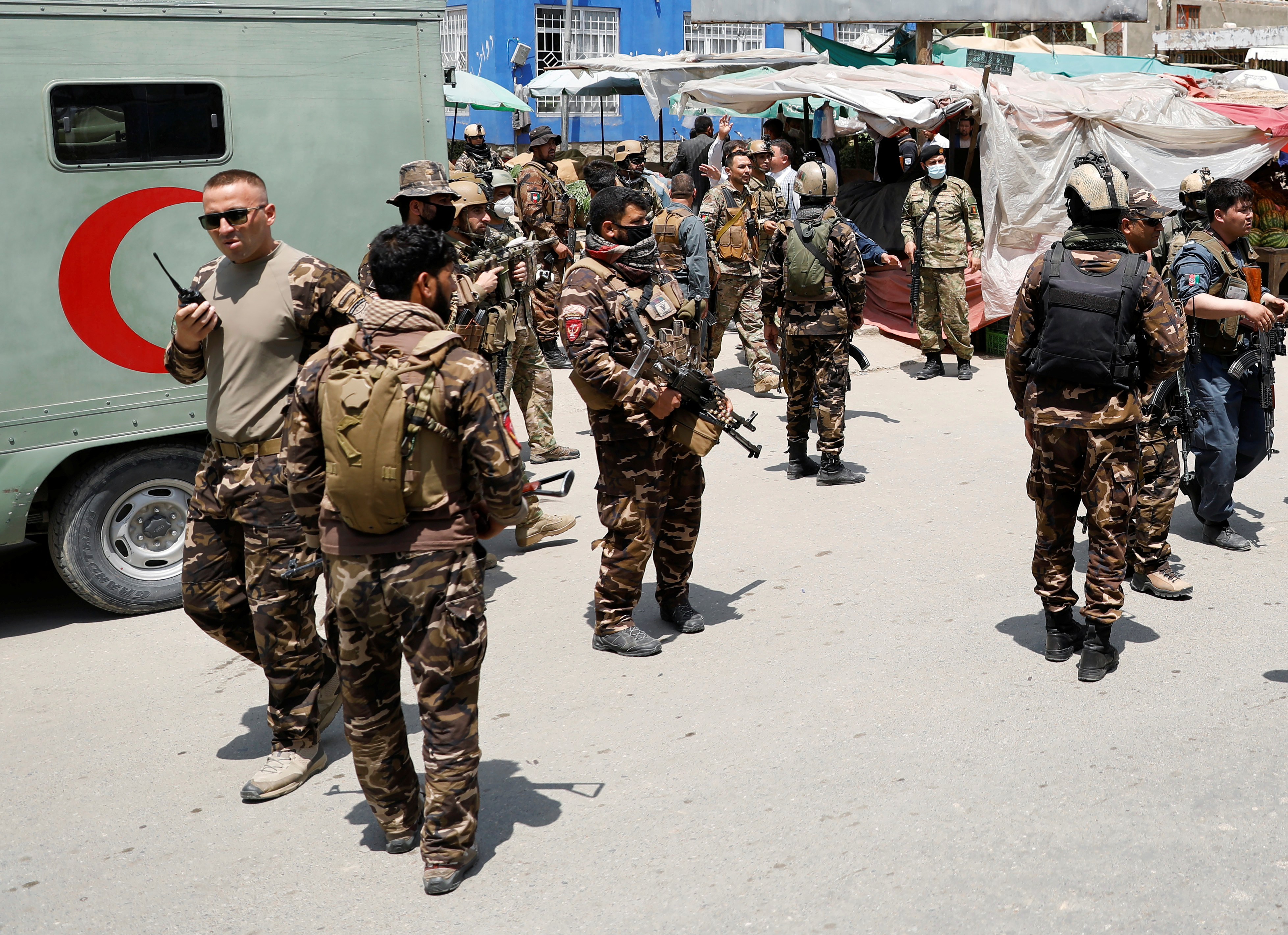 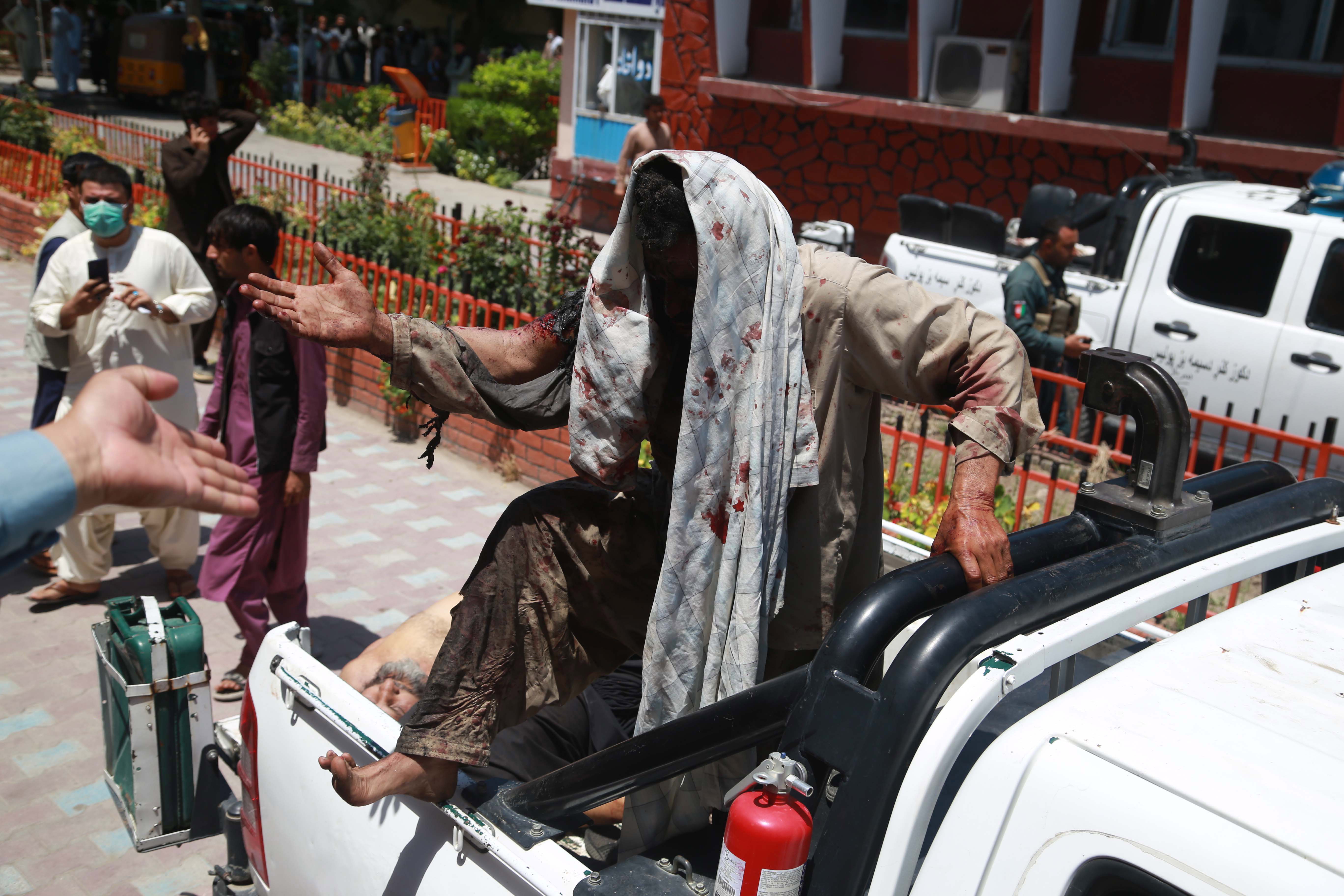