Although Brexit negotiations have been going on for what feels like forever, an outcome is still unclear.

But is a No Deal Brexit still a possibility for the UK leaving the EU? Here's what we know. 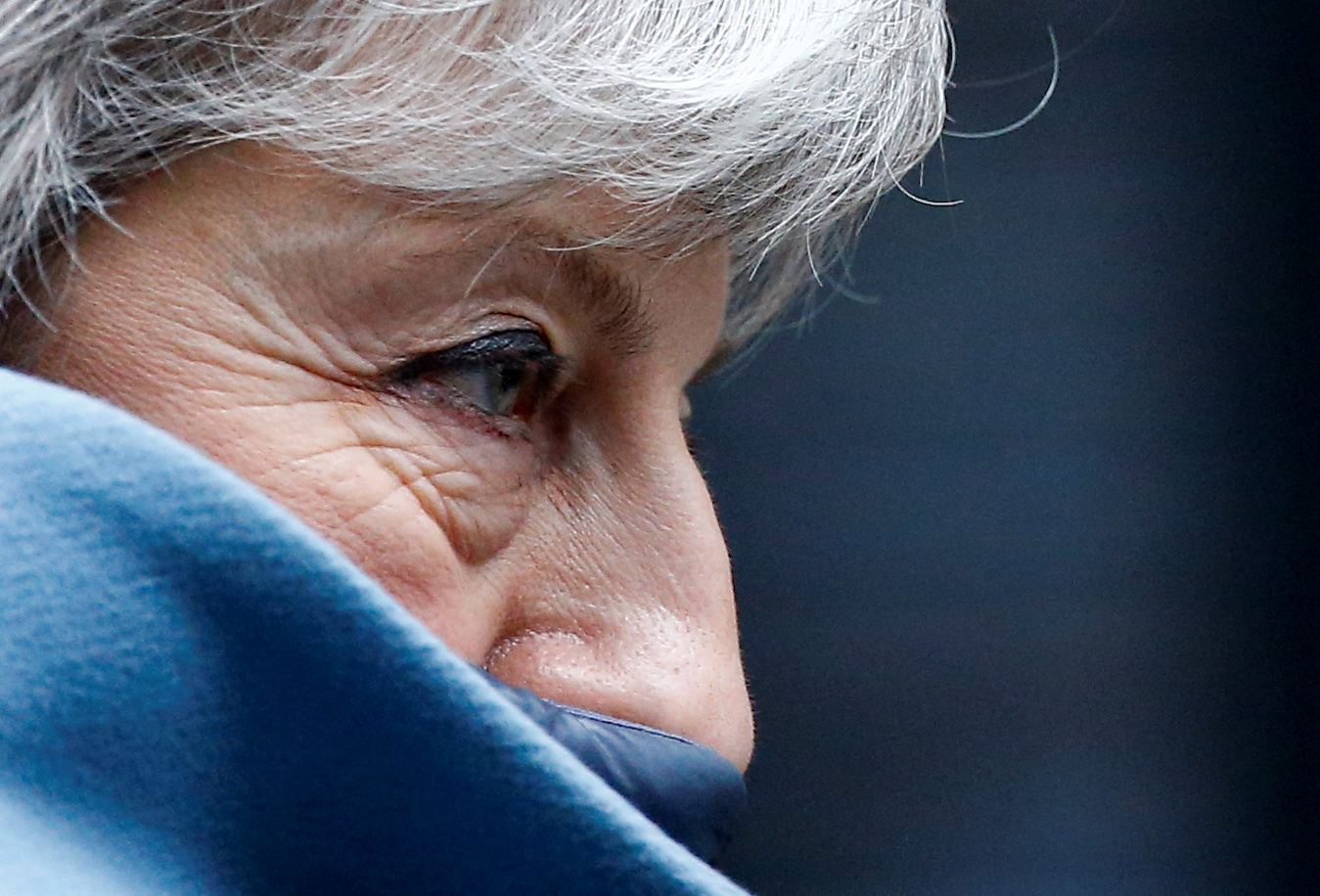 What is a No Deal Brexit?

A No Deal departure from the European Union means leaving without formal arrangements for the future relationship or any transition period.

Currently Britain's trade, customs and immigration rules are tied up with the single market and a host of EU regulatory bodies.

Ministers have been seeking a legal deal to replace these with looser arrangements so we are outside the single market and customs union but keeping close ties so cross-border trade is easy.

Negotiations under Article 50 of the Lisbon Treaty led to the withdrawal agreement in November – but MPs rejected it in January.

Theresa May headed to Brussels on February 20 with fresh plans to fix the hated Irish border backstop.

And the PM also jetted to Strasbourg on the eve of her March 12 "meaningful vote" – which was rejected by MPs – in a bid to get further assurances from the EU.

If Parliament cannot support a deal – and there is no extension – the UK will leave the bloc without a deal on March 29.

That would mean the UK being treated as a "third country" by the EU with commerce governed by World Trade Organisation rules, experts say.

Some Brexiteers say that could be positive – opening up trade with the rest of the world – but many people fear chaos.

On January 6, Boris Johnson said that a No Deal Brexit is the "closest to what people voted for" in the referendum.

He also urged Cabinet Ministers to mirror the British public's "optimism and self-confidence" for the possible exit scenario.

A poll by YouGov on January 14 revealed that 35 per cent of the British public think a No Deal Brexit is likely, 21 per cent think a failed deal will result in a second referendum, 12 per cent said the deal will pass and 10 per cent said a better deal could be negotiated.

The BBC said on March 12 that it understands that the UK doesn't intend to collect customs duties or have any other controls at the Irish border in the event of a no-deal Brexit.

It'll rely on self-reporting by firms instead. 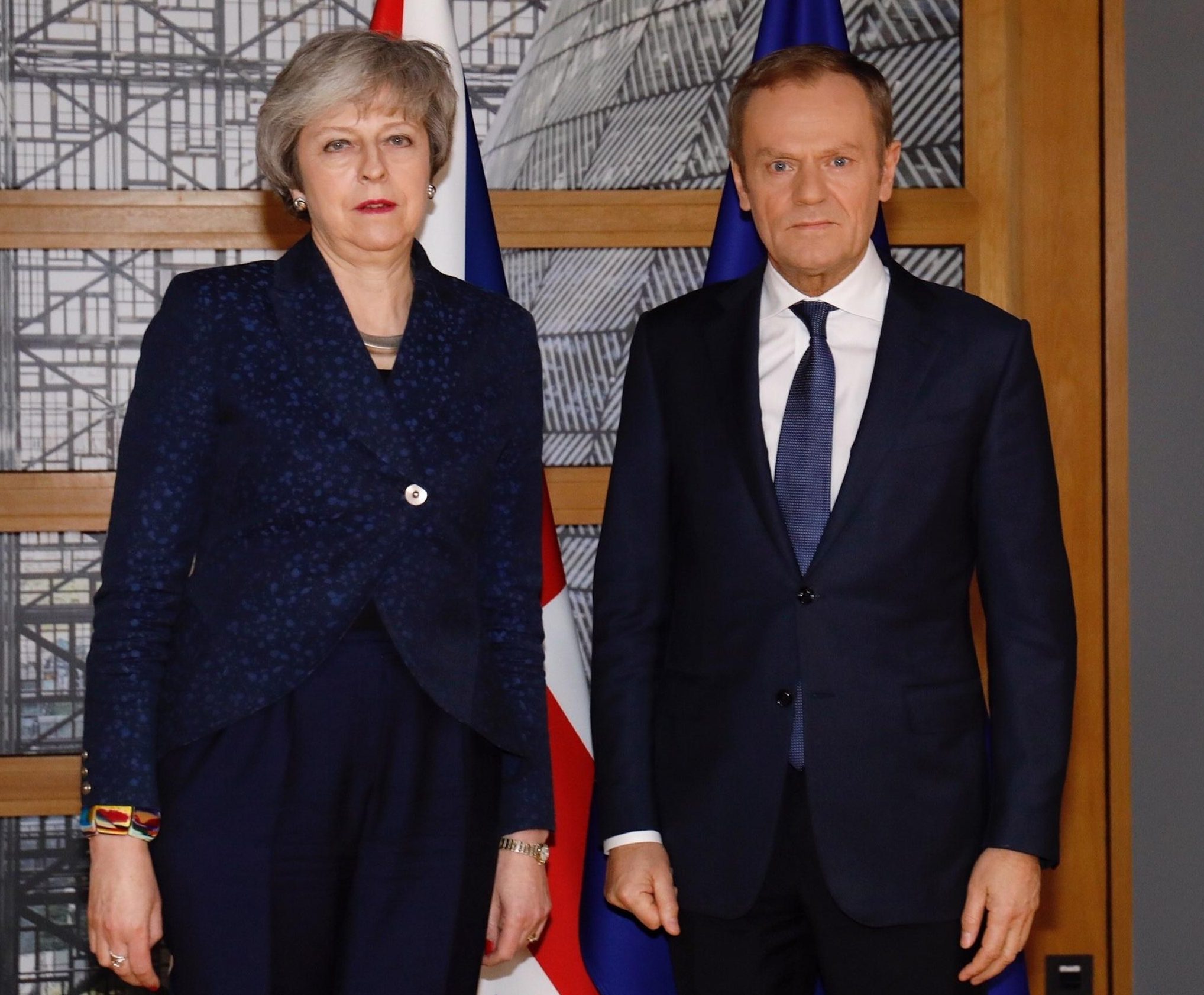 How did the March 12 vote go for the PM's deal?

On March 12, Parliament dealt a major blow to Theresa May, resoundingly rejecting her "improved" Brexit deal just over a fortnight before the UK is due to leave the bloc.
Lawmakers voted by 391 to 242 against her deal, the second time they have defeated it.
On Monday, the besieged PM said she had secured "legally binding" changes to allay lawmakers' fears but it wasn't enough.

MPS rejected the PM's Brexit deal despite her assurance that new agreements reached with Jean-Claude Juncker in Strasbourg would ensure the UK cannot be trapped in the controversial backstop arrangement indefinitely.

It means that Britain has been plunged into chaos – 993 days after the referendum, and with just 17 days before Brexit – as Brits are still in the dark about when, or if we will ever leave the EU.

What was the result of the no-deal Brexit vote?

On March 13, MPs dramatically rejected crashing out of the European Union without a deal at any time and under any circumstances.

Politicians voted 312 to 308 to reject leaving the EU without a withdrawal agreement.

But, it's not a legally-binding decision, and doesn't rule out the UK leaving the bloc. 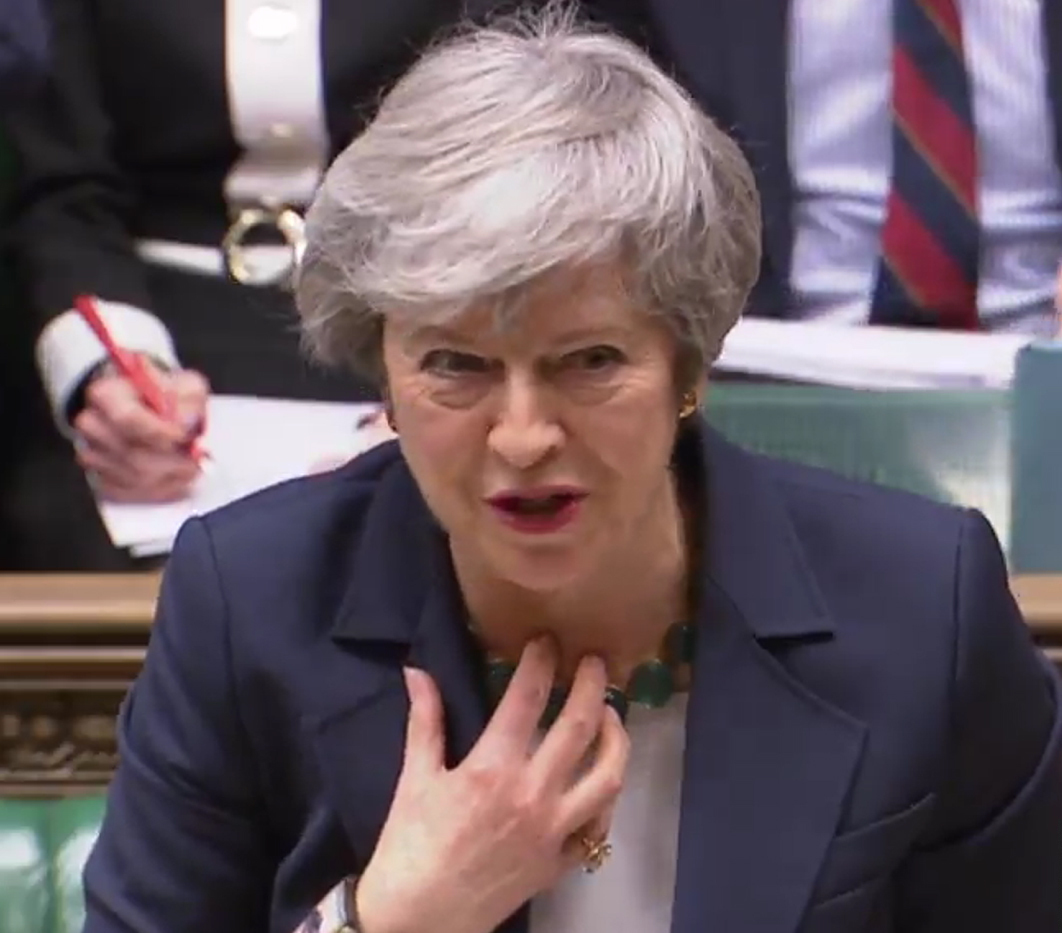 How could the UK still leave the EU?

MPs voted to delay Brexit until at least June 30, 15 days before Britain was set to leave the EU as scheduled.

The European Commission has warned Parliament that voting against Brexit happening without a withdrawal deal in place isn't enough and that MPs must approve the deal, too.

An official from the EU's executive branch said on March 13 that the bloc had already reached a divorce deal with May, yet the House of Commons rejected it – twice.

The PM said that politicians are at the point where they must approve a withdrawal agreement in the coming days and ask for a short postponement to Brexit day, or request a "much longer" extension from the EU to negotiate a new arrangement.

A fresh Brexit vote could take place as early as next week as Theresa May desperately tries to avoid a pummelling in the European election polls.

Sir Graham Brady said this evening (May 9) he thinks the Government will bring back the Brexit bill to MPs before the European Parliament elections on May 23.

But the powerful boss of the 1922 backbench committee added that the PM needed to amend the political declaration to remove the need for the hated Northern Ireland backstop.

The PM has said it would be "unacceptable" to take part in the elections, more than three years after Britain voted to leave the EU.

ministers admitted it was too late and there was no choice but to hold them.

The PM's still hoping she can pass a Brexit deal with the help of Jeremy Corbyn.

She was rumoured to have offered them a customs union, but insiders said they still weren't convinced she was compromising enough.

Tories are fuming with the idea she could do a deal with Mr Corbyn, and have said a soft Brexit agreement wouldn't truly deliver the result of the referendum.

However, Mrs May's deal has already been rejected by MPs three times in the Commons.

If May can't get an agreement with Labour to pass a deal she's said she will return to the Commons for a series of votes on what to do next.

Brexit is now extended until October so Britain can figure out a way to end the deadlock.

Sir Graham also said there was no more "public clarity" about when Mrs May would step down.

She's under increasing pressure to step aside and let someone else take charge as she's failed to deliver Brexit.

Jeremy Corbyn said 'The House has definitely ruled out no deal'

What happens if there is no Brexit deal?

Brexiteers say it would be a boost for the UK to be free from Brussels' rules and we will be able to strike deals with other upcoming nations around the globe.

We would also not be obliged to pay the £39billion divorce bill, according to a House of Commons report — but Chancellor Philip Hammond sparked fury by saying we would pay up even without a deal.

Many people fear the UK economy would be hurt by a "cliff edge" Brexit as trade is held up by new border checks and tariffs and more red tape for businesses.

Doom-monger Bank of England governor Mark Carney has warned house prices could crash by a third in a worst-case scenario.

Customs checks on cross-Channel freight could cause havoc at ports, hitting food supplies and other goods such a motor parts.

The Border Force is also planning for a possible No Deal Brexit as they fear there will be "significant outbound queues" at the Eurostar and a "degradation of border security", Sky News reported.

In a pure No Deal Brexit scenario, businesses would lose their passporting rights, which allow them to sell their services across the EU without having to obtain licences in each individual country.

The 310 mile frontier between Northern Ireland and the Republic could become a hard border, according to Eurocrats in Brussels.

The EU's rules may require Ireland to impose customs and other checks to protect the bloc’s border – which some say would mark a return to the dark days of the Troubles.

It could blow a hole in the Good Friday Agreement, with pressure on all sides to find a compromise.

The Confederation of British Industry also said a No Deal Brexit would wipe £193billion off the UK economy, making every region poorer, the Daily Mail reported.

What is the Government doing to prepare for a No Deal?

Ministers have previously announced plans for troops on the street and emergency ferries to cope with a No Deal Brexit.

They will order businesses and families to start preparing for Britain to leave the EU without a deal and release £2billion of extra spending.

Theresa May’s Government was plunged into utter disarray over Brexit just 48 hours before a crunch Cabinet meeting over Britain’s future.

In December 2018, Foreign Secretary Jeremy Hunt insisted Britain could “flourish and prosper” if it walks away from the EU with No Deal.

As bitter Brexit battles raged on:

Businesses received a 100-page document about Brexit, with a total of 80,000 firms likely to hear from the Government.