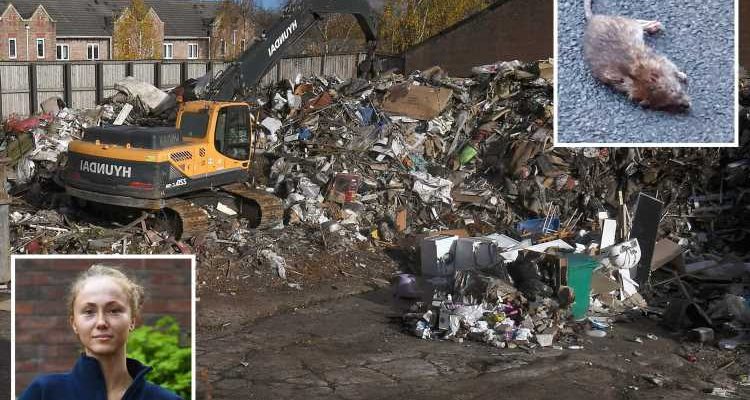 RESIDENTS have been forced to trap themselves inside their own homes after huge plumes of dust and plagues of rats descended on their “horror” estate.

Horrified locals seal their doors and windows shut because of huge dust clouds coming from a nearby waste disposal company in Altrincham, Greater Manchester. 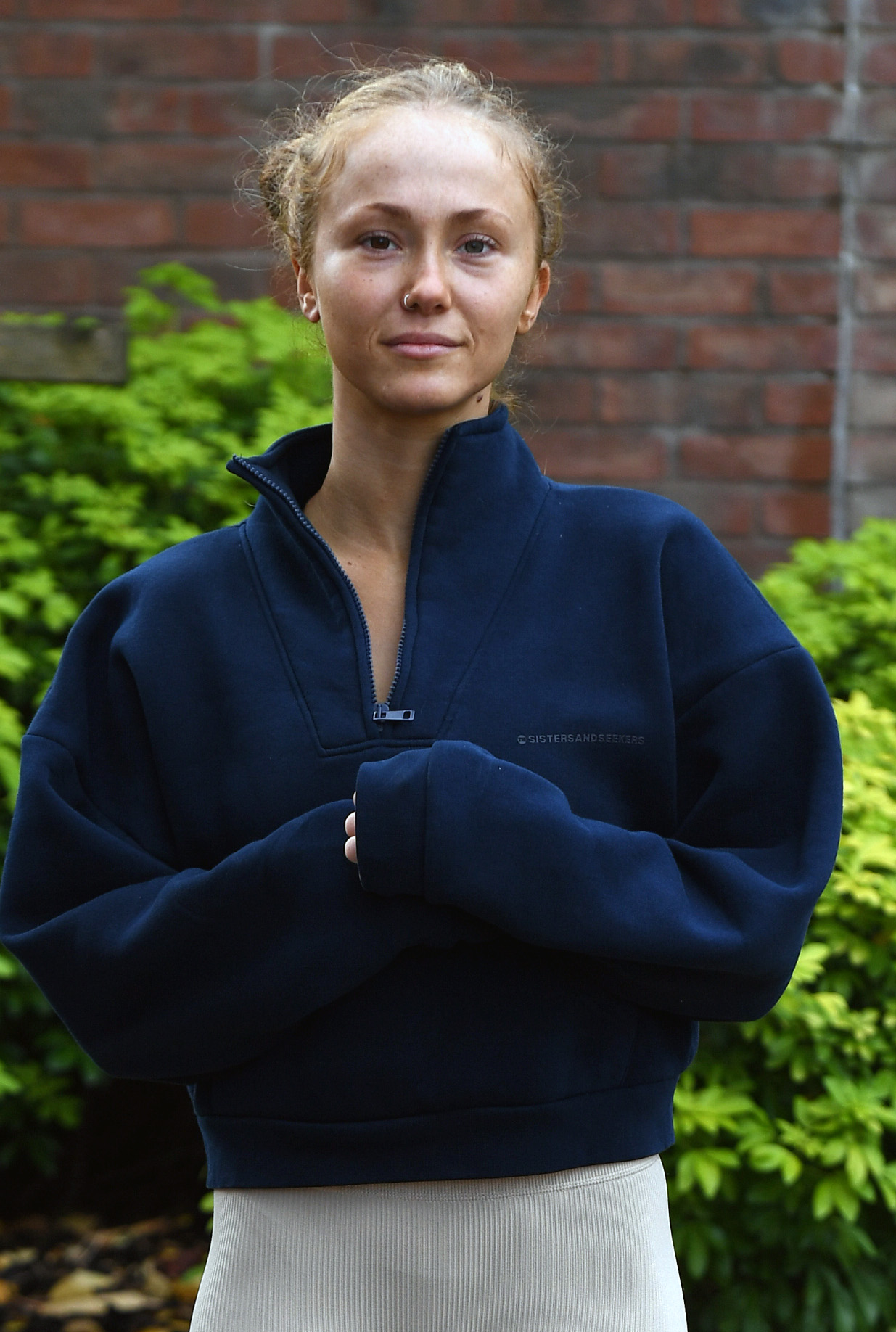 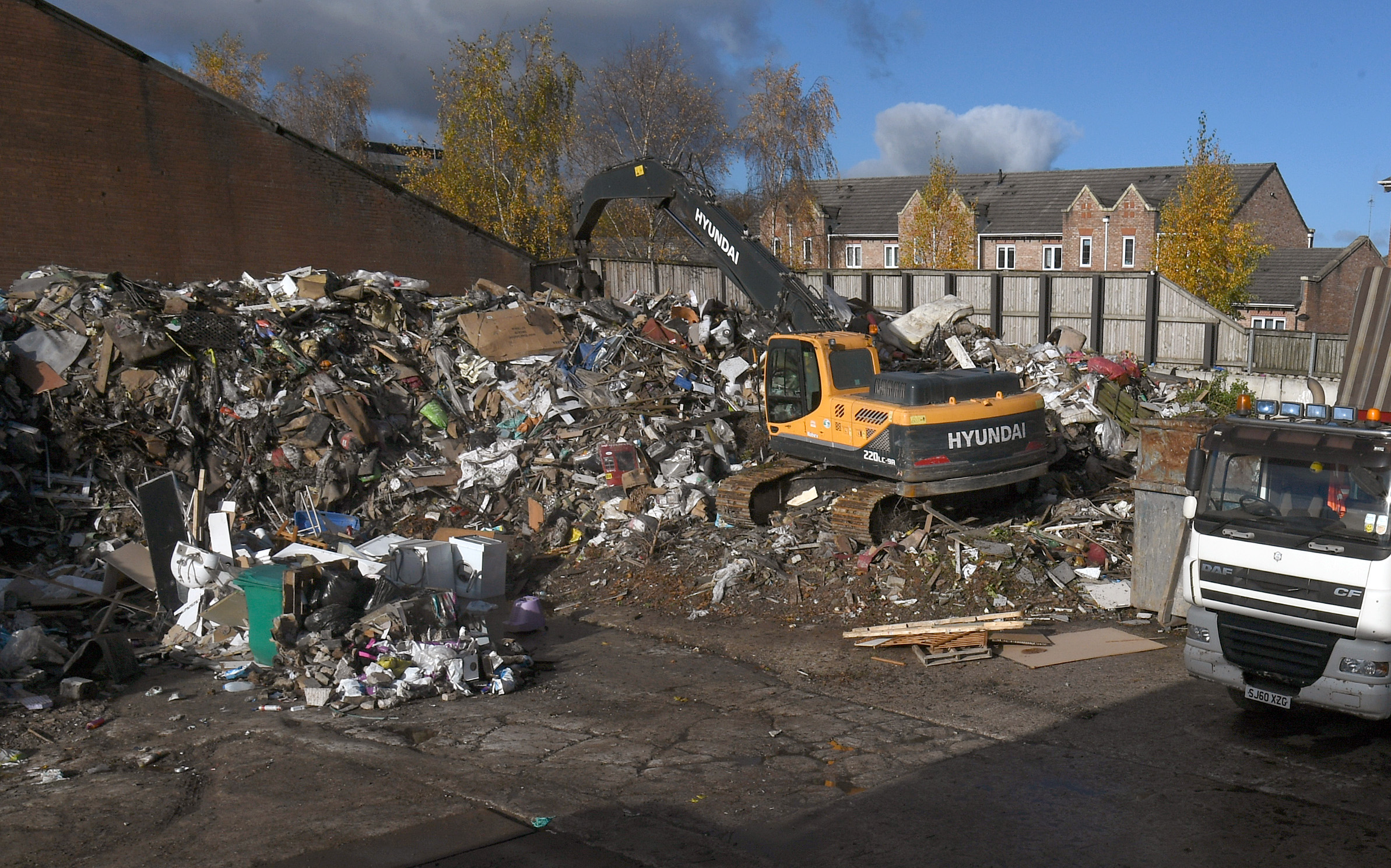 There are also concerns by angry locals that the infestation of rats and flies could drive down their property prices, with many looking to move away from the area.

People living on Great Oak Drive are blaming a nearby waste disposal unit for the problems that they are facing.

But Allen’s Waste Disposal Limited, which has been in business since the 1950s, claim that they are being “victimised” and were working in the area before the estate was built.

Resident Annabelle Elliott, 26, told The Sun that she and her boyfriend felt trapped in their own homes because of the dust.

She said: “In summer, it’s horrific because of all the dust. I live on a top-floor flat with my boyfriend and if we keep the windows open for five minutes the dust just comes in.

“It covers everything and what’s more worrying is we don’t know what we’re breathing in.

“The windows just get filthy, it’s a massive issue and we’ve tried turning to the management company.

“The mess is also a problem because it attracts flies and I’ve seen rats as well.”

Locals have been forced to fit their own giant fly traps on a wall next to the site in an attempt to stop the winged pests from infiltrating their homes.

Hundreds of flies are caught un the sticky traps, and many have reported seeing several rats scurrying around their properties.

Asthmatic Tony Ademkunle is also concerned by the amount of dust coming towards his property, and has contacted the Environment Agency.

He said: “I’m asthmatic and my 11-year-old daughter is too – although it only became a problem for her when we moved here five years ago – and we can’t have our windows open because of all the dust.

“Other children are always coughing and I know health concerns are a worry for many other residents too.

“I’ve tried contacting the Environment Agency several times but nothing seems to happen.

“We have to hire cleaners just to keep the house clean and I’m concerned about how all these issues could impact our house price if we decide to sell.

“I don’t want to move and it would be such as shame if we had to because it’s a lovely little community and all the people here are so friendly and help each other out.” 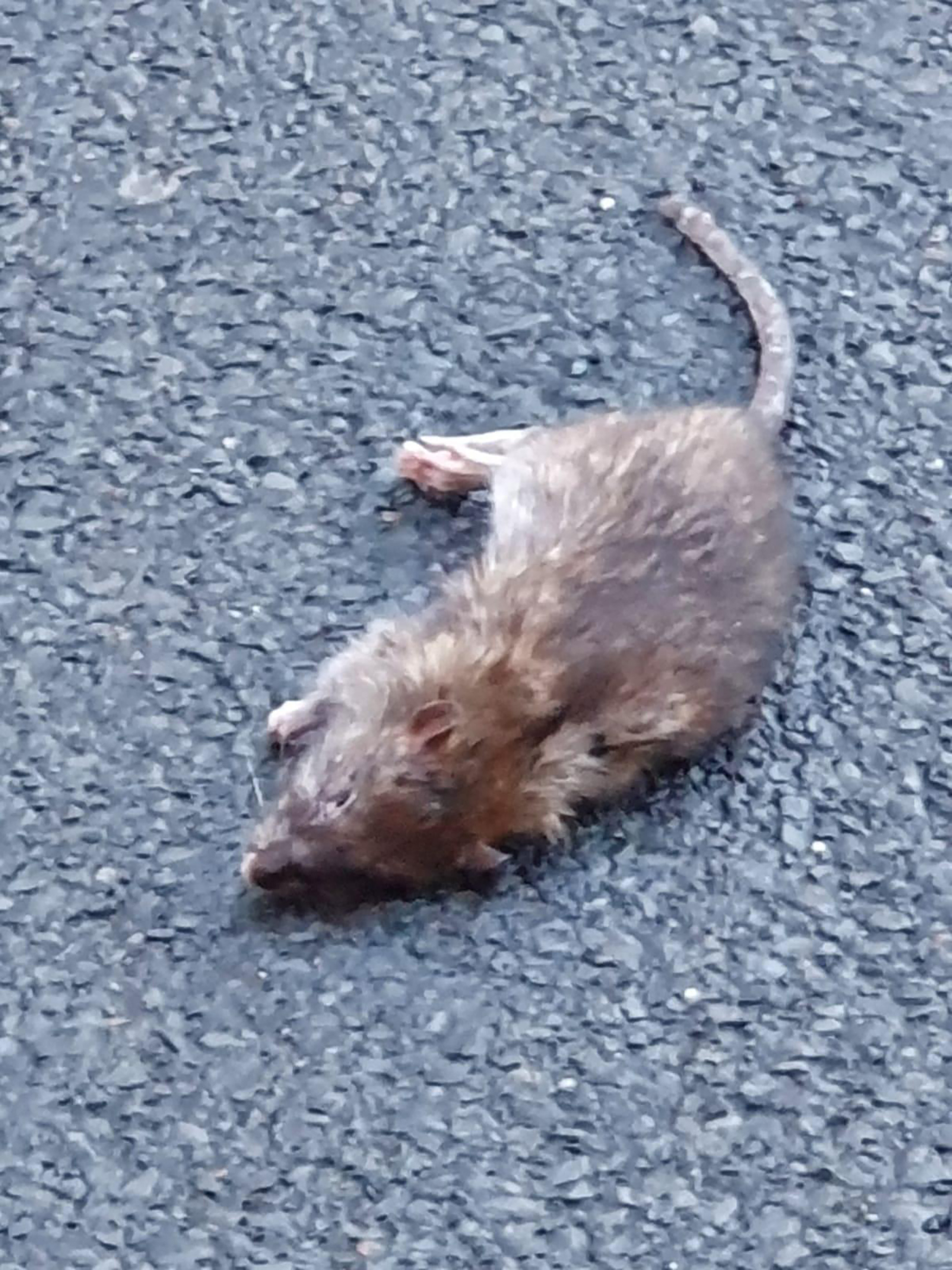 Another resident has blamed the noise from the site for causing cracks in their property, and has been suffering from a cough for six months.

They added: “There are cracks in the building from all the crashing and banging. It’s that bad at times the whole flat shakes and it’s feels like an earthquake.

“And the dust gets everywhere, on cars, windows and garden furniture. You can clean it off and 20 minutes later it’s built up again.

“I’ve had a terrible, dry cough since May and although I can’t say for certain it’s being caused by the dust there must be some reason why I’ve had it so long.”

Several residents have found dead rodents in the road, and even claim that after a wall collapsed because of the heavy machinery they had to fork out £30k of their own money to replace it.

But even that is insufficient to hide the large piles of waste and large machinery at the site.

Katarzyna Koslyo 36, who’s lived nearby for 12 years, said some days waste disposal unit can start operating as early as 7.30am and the sound is “deafening”.

She added: “There’s so much dust as well. It’s not a good place for children to play and I do worry about the risk of long-term health problems.

“It wasn’t too bad when we moved here but the site seems to be expanding all the time, so the noise and the dust just get worse.”

'WE ARE BEING VICTIMISED'

The Environment Agency is now carrying out an investigation following complaints of rats and fly infestations.

But they inspected the Allen's site as recently as June 2021 and judged the levels of dust not to be excessive.

In response to the residents' claims, a spokesperson for Trafford Council said: “The main regulator for the site is the Environment Agency and Trafford Council works closely with them on matters which fall under our control.

“We take concerns from residents very seriously and regularly meet with Environment Agency colleagues to highlight residents’ concerns and ensure there is a coordinated approach to regulating the site.

“If residents do have any concerns, they should contact the Environment Agency or Trafford Council’s Environmental Health team.”

"We would like to see an outcome that benefits this long-established local employer and residents.”

In a statement, the Environmental Agency said: “We would like to thank members of the public who have reported waste issues to us in Altringham.

“As the Environment Agency is currently investigating, we are unable to comment further in order not to prejudice our enquiries.

When approached by the Manchester Evening News, David Allen, owner of Allen’s Waste Disposal Limited, said: "I feel like we are being victimised. We were here first. They were built around us.” 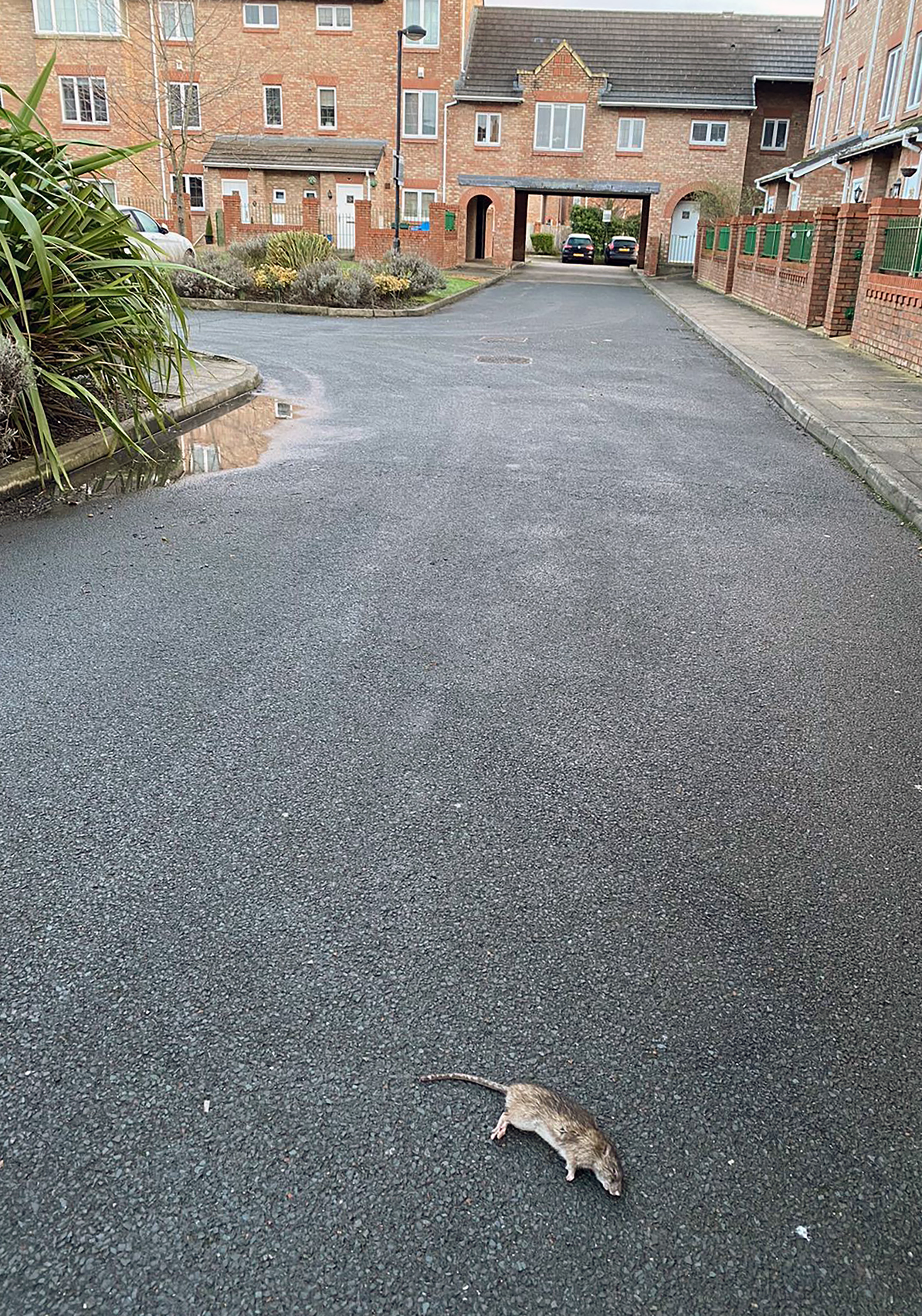 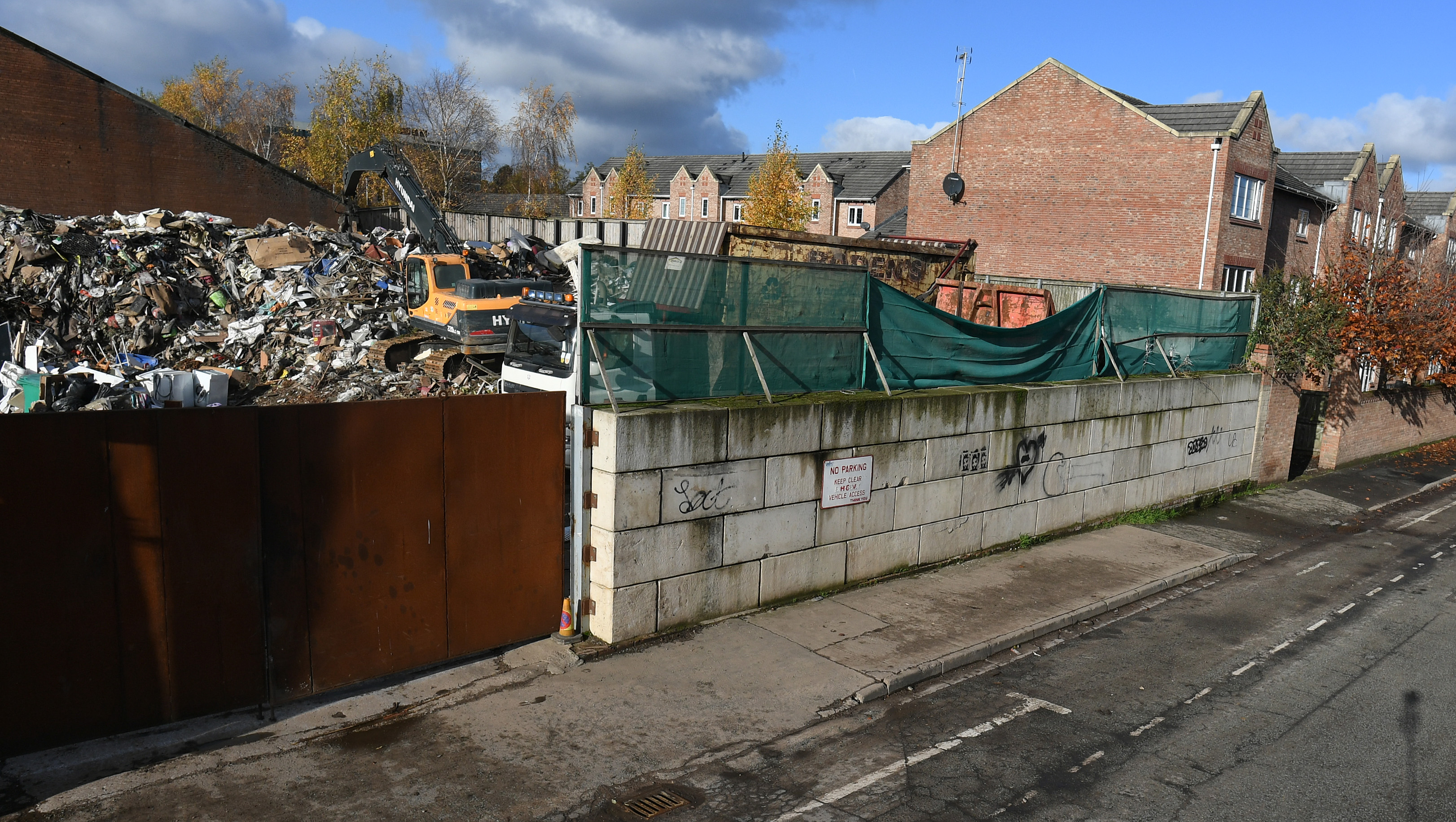 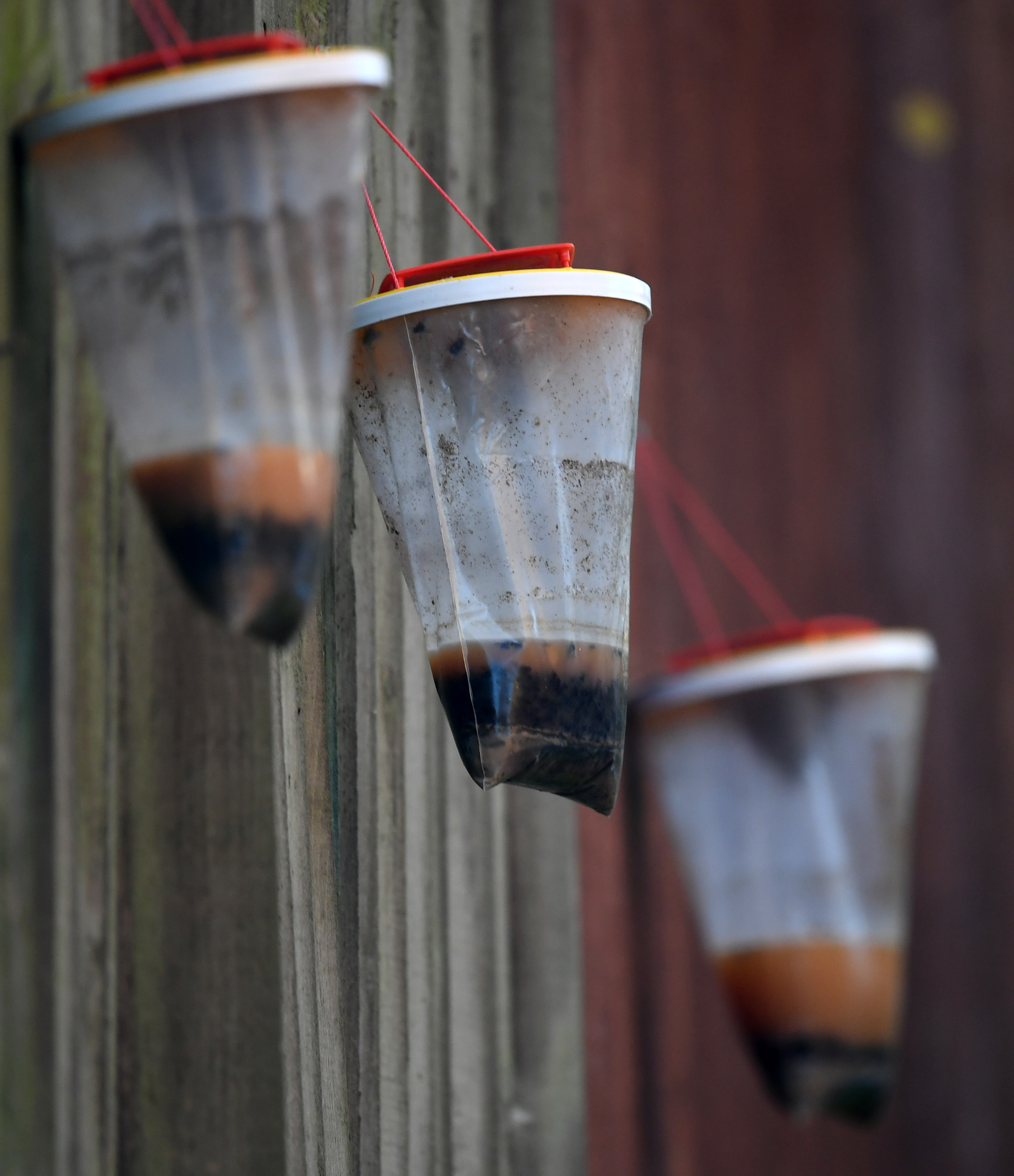