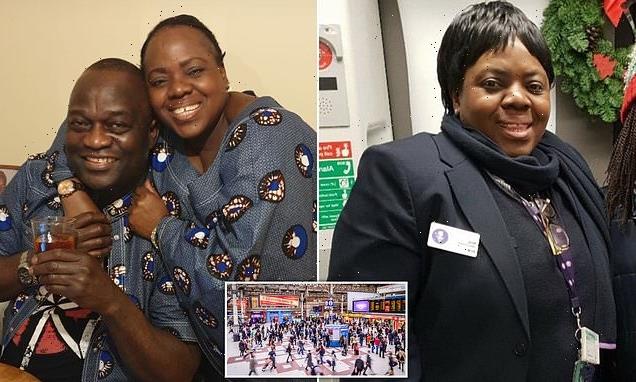 The man who allegedly spat at Belly Mujinga who died with coronavirus at the start of the Covid-19 pandemic will no longer form part of an inquest into the transport worker’s death.

Mrs Mujinga, 47, died on April 5, 2020 with coronavirus after she was reportedly coughed on and spat at days earlier by a 57-year-old customer – known only as AB – at London’s Victoria station.

The alleged incident took place two days before the nationwide lockdown, and nearly a week after the Prime Minister told the public to ‘stop non-essential contact and travel’.

But a pre-inquest hearing on Friday heard the behaviour of the 57-year-old male passenger will not form part of the scope into Ms Mujinga’s death.

Both Govia Thameslink Railway and police have previously concluded that ‘no spitting incident took place’.

Senior coroner Andrew Walker told the pre-inquest review that it was ‘no longer necessary for AB to form part of the inquest’.

Instead, the investigation will centre on whether the married mother-of-one should have been shielding at the time, due to underlying health issues which her family said placed her in the ‘vulnerable’ category. 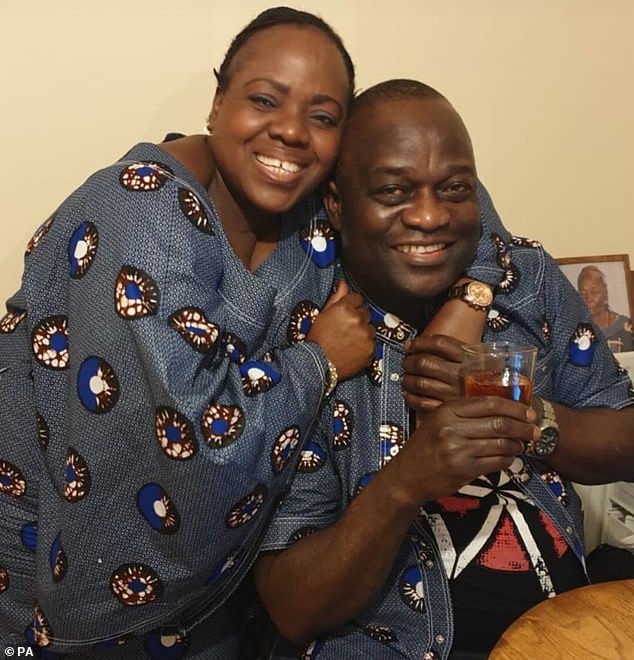 Belly Mujinga, pictured with her husband Lusamba Katalay, who died with Covid-19 after allegedly being spat at while on duty 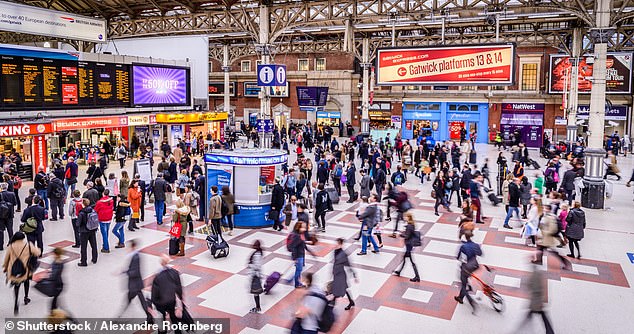 Ms Mujinga, 47, died on April 5 2020, having been admitted to hospital days earlier with breathing difficulties.

Her inquest is expected to resume next month.

Barnet Coroner’s Court previously heard the inquest would be unlikely to find out how the infection occurred, but that it may be possible to discover where Ms Mujinga was infected – potentially on her way to work, or at work.

British Transport Police interviewed AB over the incident but said there was not enough evidence to prove a crime had been committed.

He subsequently returned a negative covid test, having allegedly told Ms Mujinga he was infected at the time of the confrontation.

Mr Walker  said medical experts would be asked to assess whether Ms Mujinga should have been shielding at the time due to her ‘medical condition’.

Elaine Banton, for Ms Mujinga’s family, replied: ‘Belly Mujinga was a disabled employee – there may have been missed opportunities to protect her.’

Ms Banton said she understood that AB’s conduct was outside the scope of the inquest.

The coroner dismissed an application from the family to delay the inquest until the conclusion of the Covid-19 public inquiry, on the basis that it was unlikely the hearings would offer any information useful to determine the circumstances of Ms Mujinga’s death.

The next administrative hearing will take place on June 21, with the inquest proper expected to resume either on June 27, or be put off until the winter.

Mrs Mujinga’s husband, Lusamba Gode Katalay, and daughter, Ingrid, were two of only 10 people permitted at her funeral due to coronavirus restrictions in place at the time.

Her death prompted an outpouring of grief and a demand for answers about what happened.

Timeline of Belly Mujinga’s death and the police investigation