THE magic of Christmas for many is summed up in a visit to Santa Claus and kids' delight in getting to tell jolly St Nick himself what they hope will be under the tree on December 25.

Yet for Santa's helpful elves guiding the children and their parents through the experience, the holiday season can be far from merry. 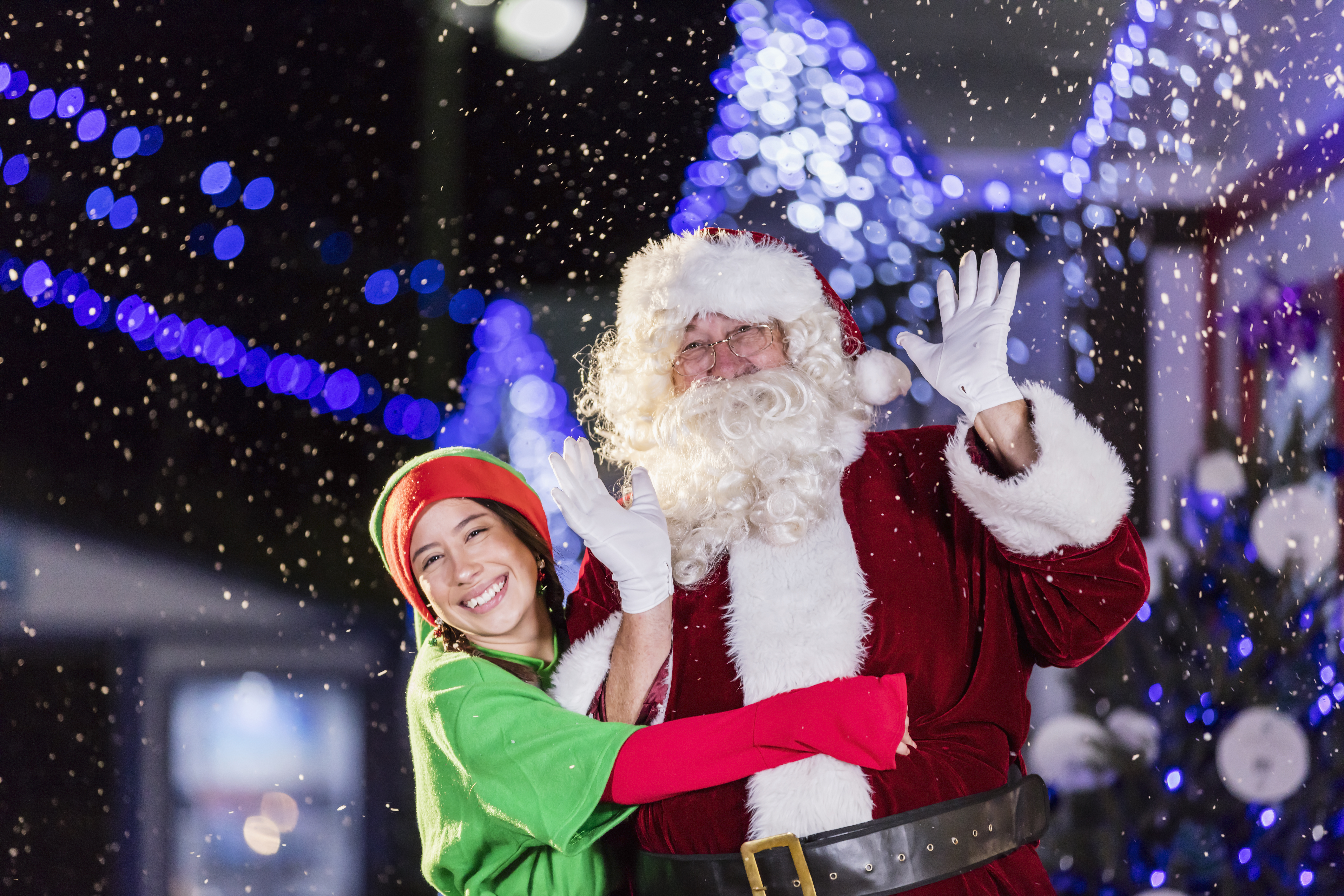 From tantrums from kids and parents alike to the threat of groups of teens causing havoc, the lead-up to Christmas can be more mayhem than magic for those donning a green elf costume.

One such elf revealed the horror of being peed on by a child while he filled in for Santa who was suffering from food poisoning after a dodgy mince pie.

Kelly O'Grady was 20 years old and living with his parents when he took up a job as an elf for some extra cash, he wrote on his website.

As well as suffering through more than an hour-long commute and a jealous Sanat who feared he was trying to flirt with Mrs Claus, Kelly claims that two of the other elves quit after only one day because of the chaos.

Opening their doors on Black Friday, the printer reportedly exploded as eager parents wanted to see the pictures of their kids and the cash register wouldn't open.

Like many other mall elves, it was the constant playing of holiday music that was one of the worst elements of the season.

Full list of supermarkets and shops closed on Boxing Day

Groups of teens in the mall were also one of his pet peeves throughout the job, aswell as the constant screaming of excited and nervous children that he said eventually became "white noise."

"It was probably better than hearing the same holiday songs playing. There was a mall speaker pretty close to our North Pole, and it’d play Christmas songs so loudly," Noah added.

While children crying was a normal occurrence on the job, so unfortunately were "controlling" parents, according to another former elf named Zack.

"The Santa I work with told me that parents will get more irritable as it gets closer to Christmas. A few of them are super controlling with their kids," he said to Mel Magazine.

"The parents with a baby are usually extremely enthusiastic because it’s their baby’s first Christmas and they want the Santa photo. Sometimes the whole family wears matching outfits."

And not only do families come in but groups of adults with no child in sight.

"Like, girlfriends who dress in the same Christmas sweater," he said.

Kids can also sometimes fail to appear as department store elves meet with customers in Manhattan, where puppies are often pulled in by owners for a picture instead, Erin Johnson told Bloomberg.

Erin says that while weekdays at the store have a nice, chill atmosphere where kids can spend up to 15 minutes with Santa, in the final days before Christmas, security guards are sometimes needed for angered and inpatient parents.

“As head elf, I have to turn people away and be that smiling face that they yell at," she said.

"The worst part is maybe parents — they get impatient because the line can move slow," agreed elf Christopher.

"People sometimes complain about the price, as if I can do anything about that."

Howveer when kids get to the top of the line, their requests for Christmas can help the elves forget all about the screaming matches from a few minutes before

Erin says she loves when kids ask Santa for help with their crushes.

Yet her all-time favorite was when one little girl didn't want Santa to come down her chimney.

“She asked him to please leave the presents with the doorman," Erin joked.

But not all of them are happy to see Father Christmas, however.

"Santa getting upset and having to walk back to his dressing room. And on the way back to the dressing room there, the kids don’t leave him alone. Kids will cut the line.

"And the older kids, many think they’re too cool for Santa at this point, so they cause problems."

Yet despite it all, the joy it brings to kids and adults alike makes it all worth while.

“It was an embarrassing job,” Ian said.