Former Test cricketer Stuart MacGill has spoken out about his alleged kidnapping in April, denying any involvement in a drug exchange gone wrong and revealing the heavy toll the ordeal has taken on his work, family and friends.

In his first public comments since allegedly being abducted, assaulted and threatened at gunpoint by a group of men – including the brother of his partner Maria O’Meagher – the renowned spin bowler said he was innocently caught up in a situation he did not understand. 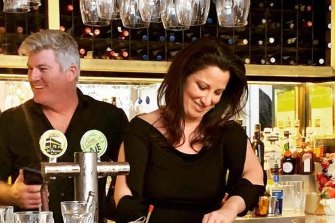 Stuart MacGill with his girlfriend Maria O’Meagher at the restaurant they have closed since the alleged kidnapping. Credit:Facebook

“I know that I have done nothing wrong, Maria has done nothing wrong. If people choose to think something contrary to what’s been presented by both myself and the police, then that’s up to them,” Mr MacGill told Channel Nine’s A Current Affair in an interview that aired on Monday night.

The former cricketer denies any knowledge of an alleged cocaine supply deal being in the works when he introduced Ms O’Meagher’s brother Marino Sotiropoulos to an associate known as Sonny, an alleged drug dealer and regular diner at Aristotle’s, a Greek restaurant in Neutral Bay run by Mr MacGill and his partner.

“We consider ourselves to be the innocent parties in this one. Part of hospitality is making sure the room works. We introduce people to other people all the time,” he told the program.

“We introduce people to other people as a matter of building, generating a bit of heat around the venue and that’s pretty much all you need to know.”

Asked how he knew Sonny, also known as Zac, Mr MacGill said: “He was somebody we met through the restaurant and that’s all I’m pretty much prepared to say about that.”

Mr Sotiropoulos was allegedly seeking to supply Sonny with the cocaine in a transaction worth up to $660,000 and there was subsequently a dispute over payment. Sonny could not be found and it is alleged Mr Sotiropoulos demanded $150,000 in compensation from Mr MacGill because of his matchmaking role.

According to court documents, Mr Sotiropoulos told an undercover police officer that Mr MacGill “vouched for Zac, even benefiting from exchange”.

Police have repeatedly insisted Mr MacGill was not involved in any wrongdoing and described him as “purely a victim”. 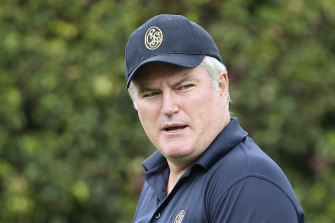 Mr MacGill bristled when asked if he had been completely truthful with investigators about his role in the events.

“I am not even going to bother answering that and I’m disappointed that you’d ask the question,” he said.

Police allege Mr MacGill was forced into a vehicle on the night of April 14 in Cremorne on the lower north shore and driven 60 kilometres to a dilapidated property in Bringelly on the outskirts of Sydney, where three men held him at gunpoint and assaulted him. He was later released in Belmore, 40 kilometres away in south-west Sydney.

He went into hiding and reported the incident to police in Chatswood on April 20. Asked why he waited six days to report it, Mr MacGill said in his TV interview that he “wasn’t thinking particularly clearly” after the incident.

“I was in pain and also just the way it fell, it fell over the weekend. So I couldn’t get any advice from either the police or lawyers until that time,” he said.

Ms O’Meagher and Mr MacGill announced on June 4 they would have to close their restaurant for financial and personal reasons. Mr MacGill said the closure was the largest financial casualty stemming from the ordeal but it was unavoidable because he and his partner could not go to work amid the intense community interest.

“We had a number of people just coming in for a stickybeak so we had to put on extra staff and times are tough at the moment, as we all know,” he said.

“For me [the restaurant] was everything. For Maria it was her baby. She created it, all the recipes were hers. The feel, the look, everything was hers. But we don’t have that now.”

He said his future in hospitality did not look good and he did not know when he would be able to work again.

“First of all, we have been let down by friends significantly. We have lost friends, we have lost family, particularly Maria, who you must feel very, very sorry for. It has hurt my family,” he said.

Four men – Mr Sotiropoulos, brothers Frederick and Richard Schaaf, and Son Minh Nguyen – were all arrested and charged in May for their alleged roles in the incident. They remain in custody and will return to court over the next two weeks.

Nine Entertainment Co, which produces A Current Affair, is the owner of this masthead.