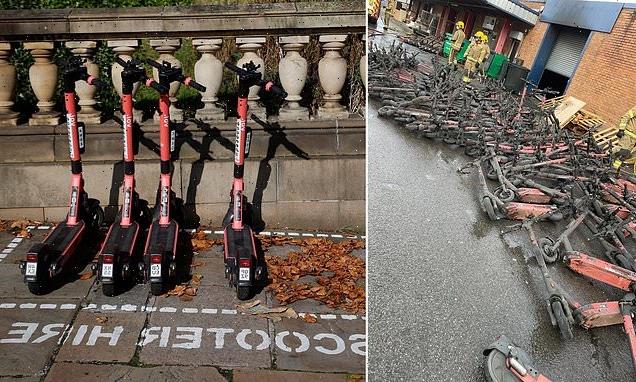 Hundreds of rental e-scooters have been damaged after a fire broke out in a Bristol warehouse yesterday.

Avon Fire and Rescue Service (AFRS) was called to the ‘light industrial unit’ in the suburb of Brislington at around 12.30pm, a spokesman said.

Eight fire engines and one aerial fire ladder were used to put out the blaze. 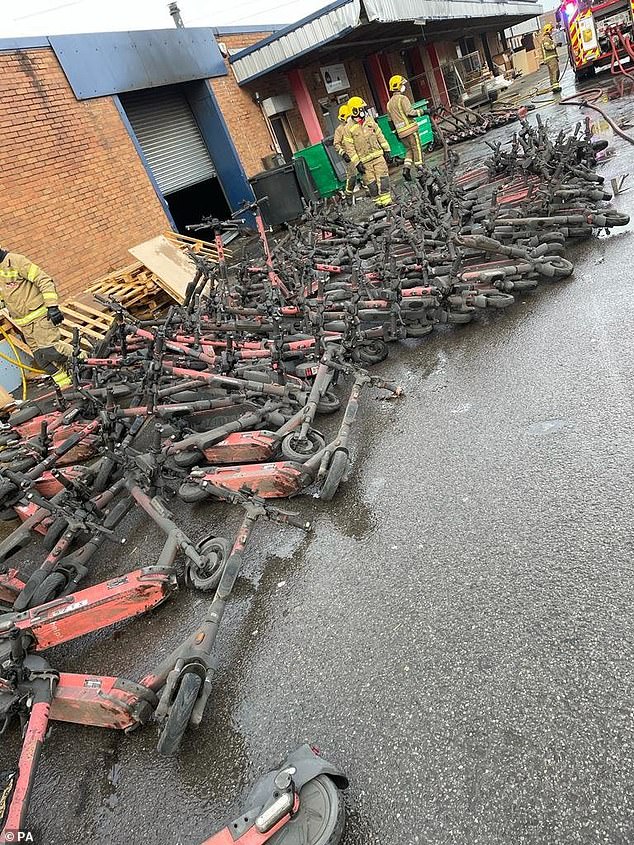 Thirty-five firefighters were present, with 12 in breathing apparatus. The last of the crew left late in the evening, at around 7.45pm.

The unit was being used to store hundreds of pink Voi e-scooters, which are a popular mode of transport in the city and can be found on most street corners.

AFRS said 200 of the scooters had been removed from the premises and that while many were blackened by smoke, it was unclear how many had been damaged beyond repair.

At this stage it is not known what caused the fire

The spokesman said that AFRS managed to stop the fire spreading and were supported by officers from Avon and Somerset Police and environmental health officers from Bristol City Council.

In a statement Voi told BristolLive: ‘We can confirm that on the 1st of January the fire brigade was at our third-party logistics warehouse, located on Dixon Road in Bristol. 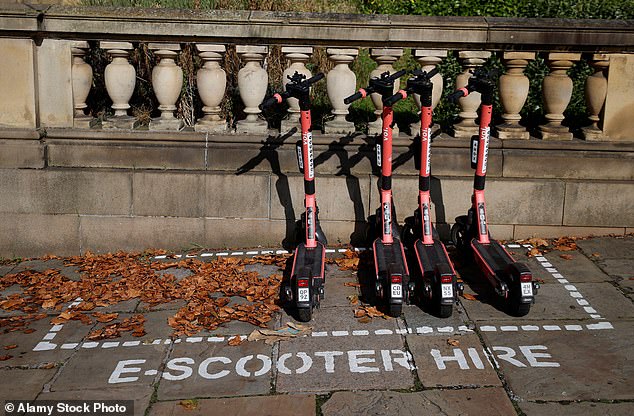 The unit was being used to store hundreds of pink Voi e-scooters (pictured in Liverpool), which are a popular mode of transport in the city and can be found on most street corners

‘No one was injured and the situation was quickly brought under control.

‘We are conducting a thorough investigation and collaborating with the local fire service to identify what caused the fire.’

‘We do not expect any major effects on our operation in the region.’

MailOnline has reached out to Voi for more information.

Last month e-scooters were banned from London’s transport network after one exploded on a packed tube train.

London Fire Brigade has backed the move after an e-scooter erupted into flames on a packed train in November.

As of early December, the LFB had attended more than 50 fires involving e-scooters and e-bikes in 2021; more than double the amount seen in 2020.

In April of last year shocking photos showed the charred remains of a family home in Selby, North Yorkshire after it was gutted by a devastating fire which was sparked by an e-scooter.

Significant damage was caused to the house, according to firefighter Tony Walker, while two people including a child suffered smoke inhalation.

The blaze is thought to have been ignited by a faulty e-scooter charger.