HUMA Abedin has revealed how she was "filled with rage" as her perverted husband Anthony Weiner came clean about a lewd photo he took of himself – which ultimately led to their marriage dramatically unraveling.

Abedin opened up about her past with Weiner, a registered sex offender who was released from federal custody in 2019 after serving 18 months for sexting a teen in 2017, in her new book Both/And: A Life In Many Worlds. 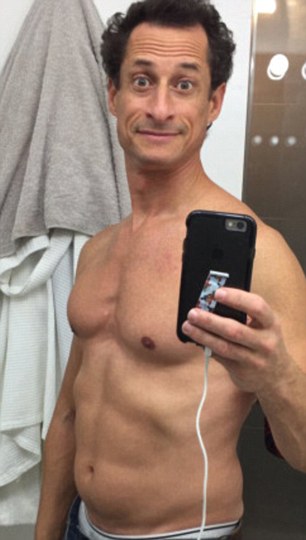 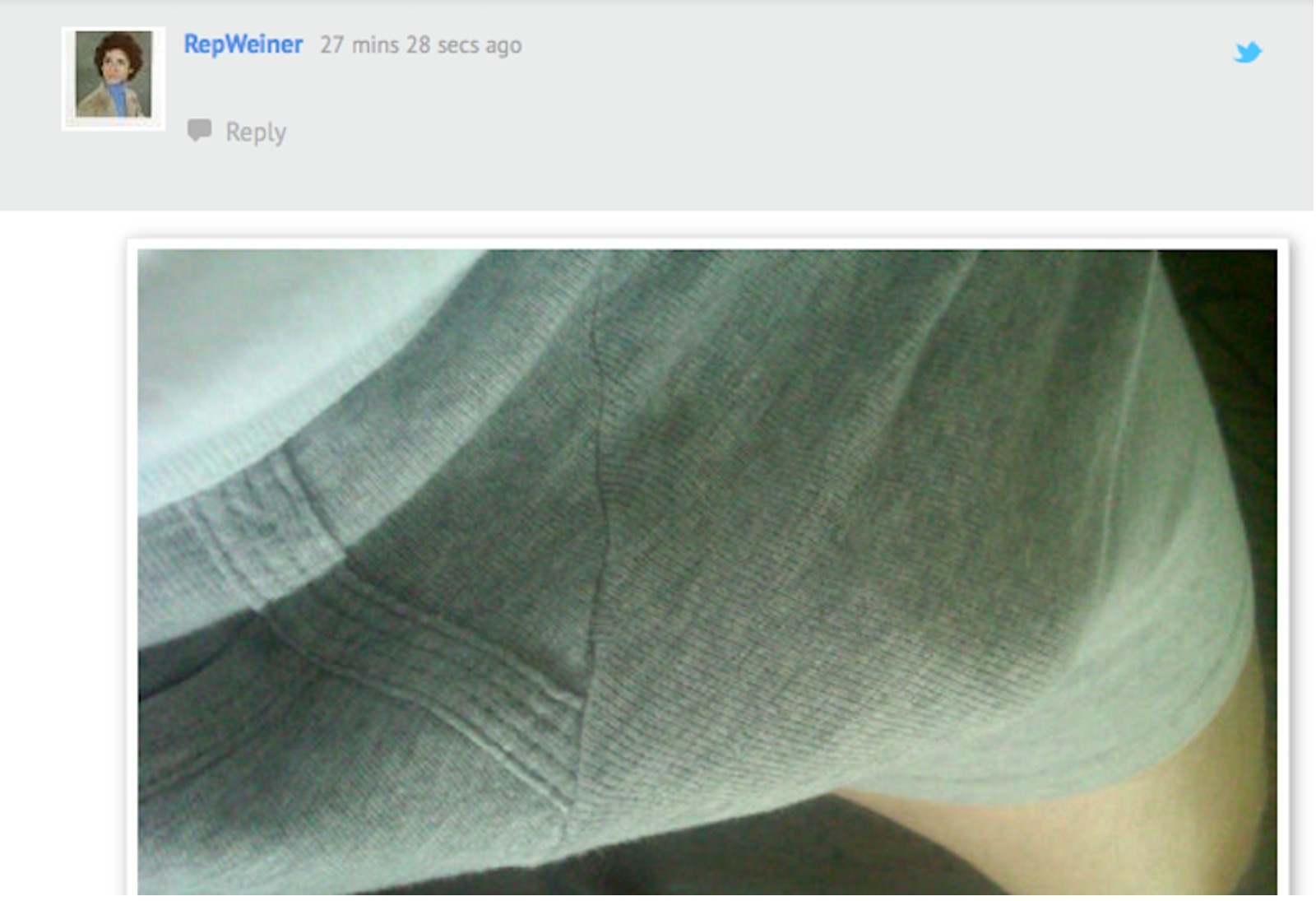 On Monday, Vogue published an excerpt from her book — which is set to be released on November 2, 2021.

In the excerpt, Abedin recounts her husband informing her through text that his Twitter had been hacked and "someone posted a photo."

"There might be a story, but I am working on fixing the problem. Nothing for you to worry about. See you soon," Weiner told his wife.

Hillary Clinton’s chief of staff at the time, Abedin, learned the truth in May 2011, when Weiner eventually came clean — prompting his wife to feel "rage."

Weiner admitted to sexting just days after the New York Post "reported that an indecent image of a man wearing gray boxer briefs had popped up on Anthony’s Twitter feed before being quickly deleted," Abedin explains.

Abedin — who filed for divorce from Weiner in 2017 — writes: "I walked down the stairs and found Anthony standing in the door frame with his head down, bags laid at his feet. Not in. Not out. 'What’s wrong?' I asked.

"And then, just like that, life as I knew it was officially over. 'It’s true,' he said. 'I sent the picture.'"

The excerpt continues: "I still remember everything about where we were in that moment, the white shaggy rug, the wooden staircase, the front door ajar, the sofa to my left.

"Anthony opened his mouth to speak and, as though a dam wall burst, words came flooding out. He said that he couldn’t stand lying anymore. His body shook as he tried to choke back tears."

Within minutes of explaining, Abedin said Weiner "admitted he had intended to send the picture as a direct message with someone he had befriended over Twitter, but accidentally posted it publicly and deleted it (but not before someone had screen-grabbed it)."

His confession caused Abedin to feel "something explode" inside her chest.

"I was simultaneously filled with rage and stunned to my core," Abedin writes in the book excerpt. "It felt like a bolt of lightning had struck me and run straight through my body."

After Weiner accepted he must "deal with the consequences," Abedin said she walked outside to breathe with "every fiber in my body screaming: 'What is happening to my life?'"

She said her feelings of "shock" and "fury" were more for her child than for herself.

Abedin's now ex-husband, who represented New York's 9th congressional district from 1999 to 2011, had made illicit online contact with a 15-year-old girl, which ultimately led to an FBI investigation into Hillary Clinton's emails.

He revealed his resignation after a handful of his photos were published by TMZ.

The first scandal, dubbed Weinergate, erupted when he used Twitter to send an explicit picture to a woman aged 21 in Seattle, Washington.

He denied media reports that he had posted the image but did concede to sending a link to the photo and other explicit pictures to women both before and after he wed Huma Abedin, a close aide and personal friend of Mrs Clinton.

He also texted a girl, aged 17 from Delaware, which was investigated by cops. Although he admitted to communicating with the girl, he denied sending inappropriate messages.

A shirtless, cropped picture of Weiner was sent to another woman over the internet. He admitted to sending more images, one of which was sexually graphic.

Weiner held a press conference to apologize and admitted he had "engaged in several inappropriate conversations" over social media and had exchanged explicit messages with "about six women over three years."

He denied having any physical relationship with any of the women but the disgraced politician was forced to resign from Congress in 2011.

The second scandal blew up in 2013 during his campaign to become mayor of New York City.

He was alleged to have used the alias Carlos Danger when he sent pictures to a 22-year-old woman during 2012 and 2013.

He admitted sexting three women after his resignation from Congress and said there had been "six to ten" in total. He did not drop out of the mayoral race but lost decisively instead.

In August 2016, a MailOnline investigation revealed that Weiner had been sexting a 15-year-old girl. And it was the FBI's investigation into his electronic devices which is believed to have been behind the relaunch of the probe into Hillary Clinton's email scandal.

Weiner was sentenced to 21 months in jail in 2017 after pleading guilty to the charges. He was released from federal custody after serving 18 months. 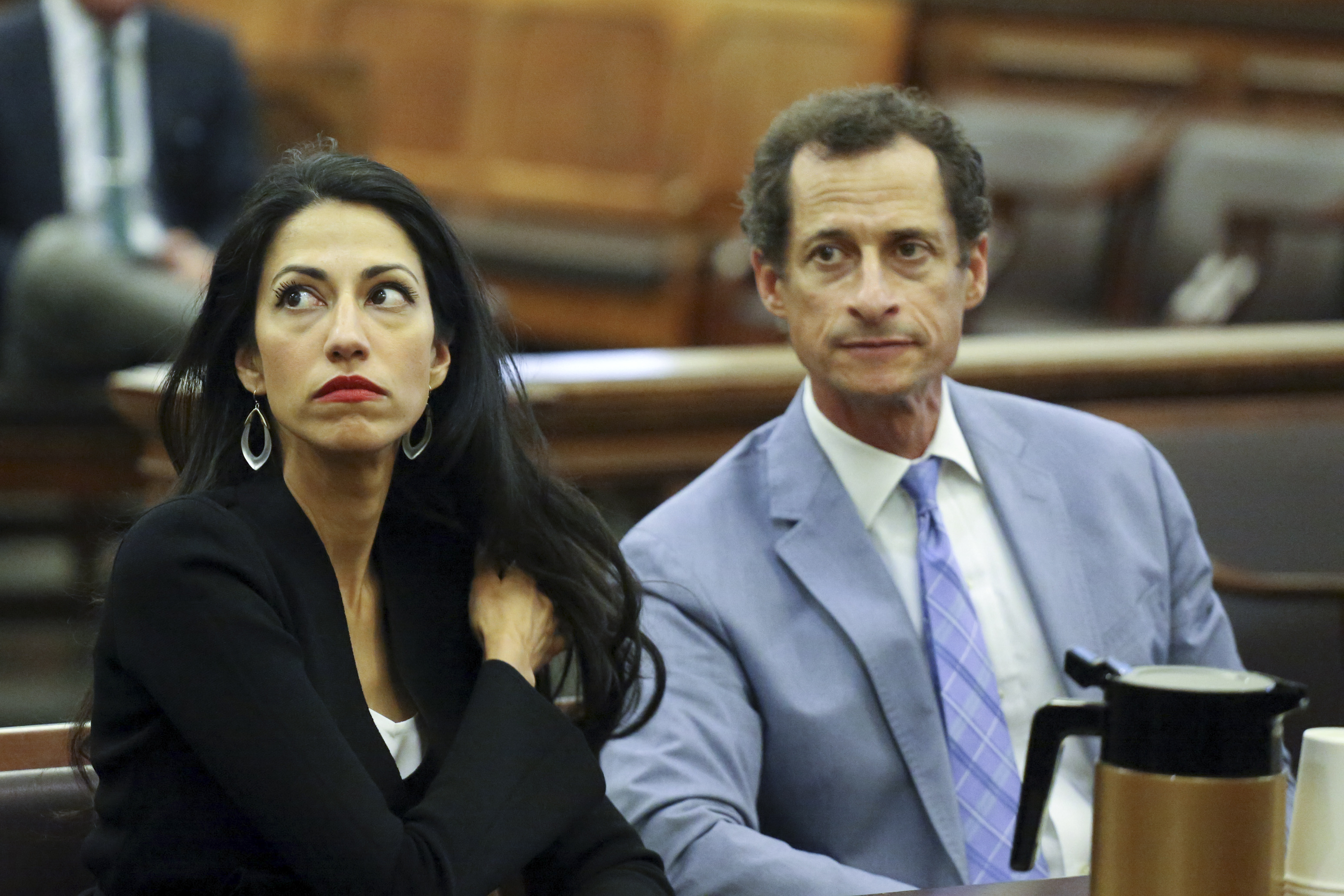 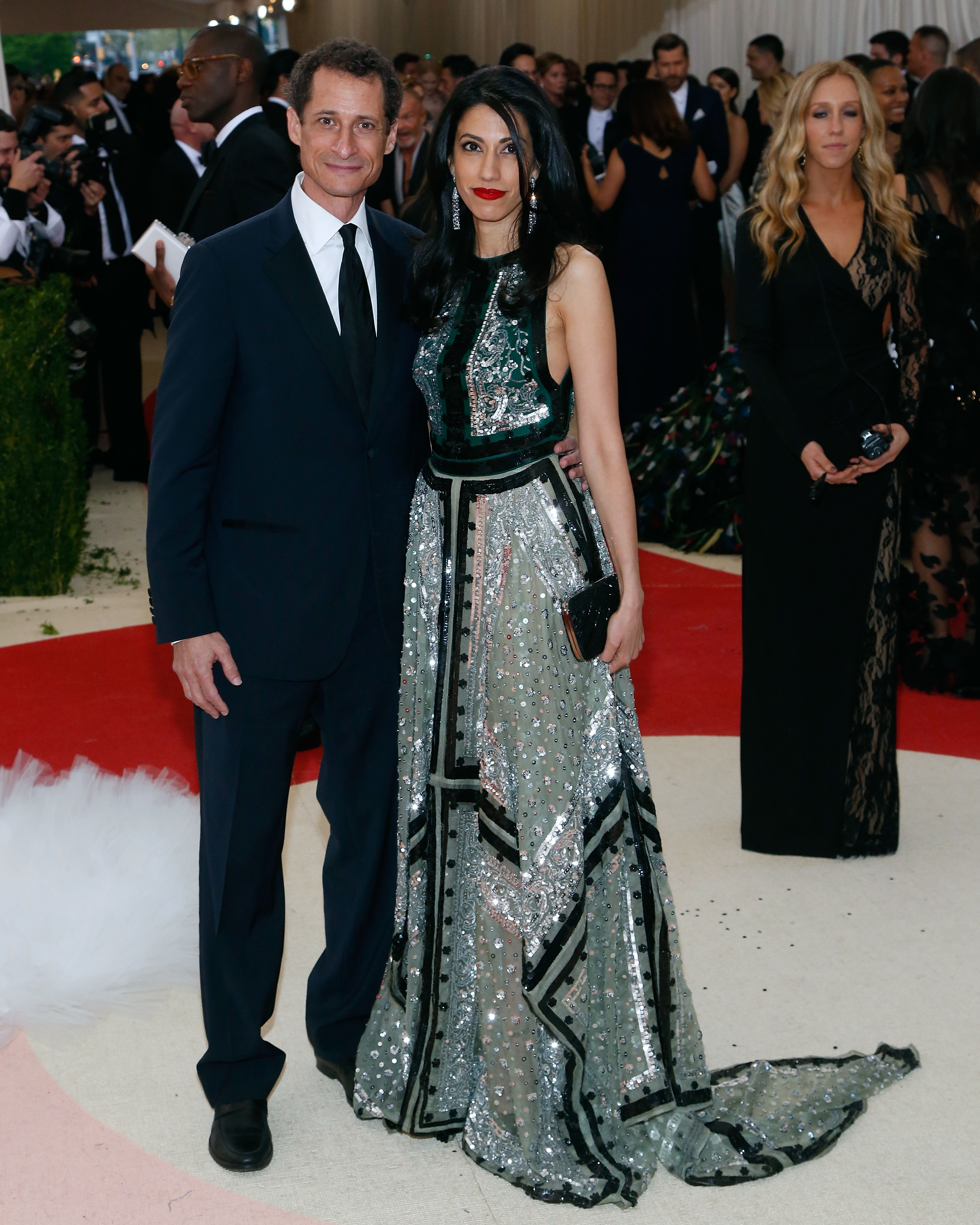