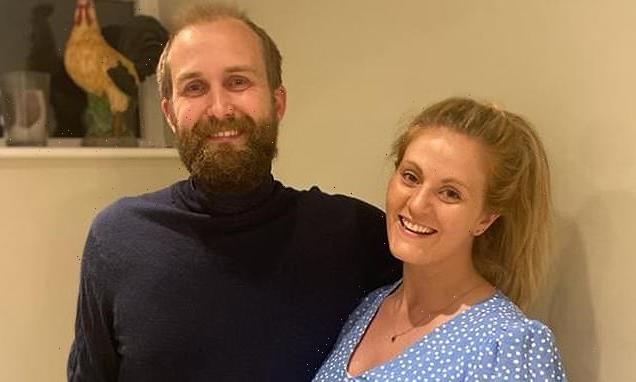 Young couples are reassessing their lives in the wake of the pandemic, with many deciding to start a family sooner, according to a survey.

Almost a quarter of 2,000 couples in their 20s and 30s polled said they were now trying for a baby, despite having had no plans to do so before Covid struck last year.

On average, they said they were bringing forward plans to start trying for a family by two years.

Most of those wanting to rush a little faster into parenthood said they were doing so because the pandemic had made them realise that life was short.

The move to ‘working from home’ has also helped some with the practicalities of starting a family.

Among those to make the leap into family life are George Whiting, 29, and his fiancee Claire Dexter, 32. 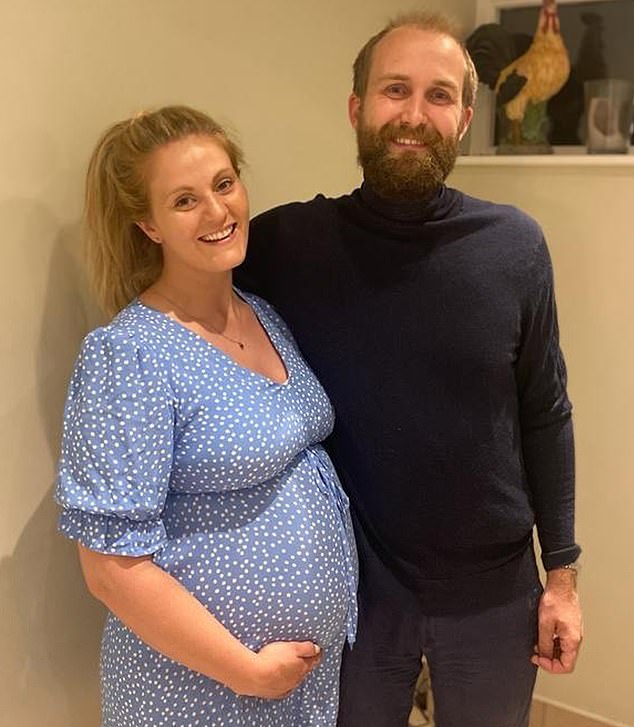 Among those to make the leap into family life are George Whiting, 29, and his fiancee Claire Dexter, 32

They recently moved out of London to Cambridgeshire, where they have bought a bigger home. She is now expecting a baby next month.

Mr Whiting, a marketing manager, said: ‘The pandemic really did reaffirm to us that life is for living and we shouldn’t waste time.

‘We’d always dreamed of leaving London and moving to the countryside so we could get a dog and start a family, but when you’re so busy with the daily grind you tend to put those dreams on the back-burner.’

He added: ‘As soon as lockdown started in March 2020 we were both able to work from home.

‘This allowed us to work towards our dreams now rather than later on. So we bought a puppy, I proposed to Claire, we sold our house in Streatham, in South London, and bought our first family home together in Cambridgeshire.

‘With a greater work-life balance we had the chance to really think about what we actually wanted from life.’

The survey was commissioned by online bank First Direct, whose chief executive Chris Pitt commented: ‘With hybrid working expected in the future, it’s only natural it is having a major impact on our life decisions, including having children.’ 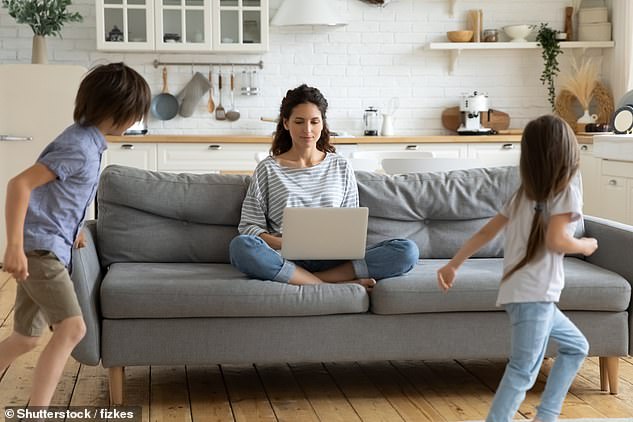 Such flexibility is likely to benefit better-off white-collar workers more than those in other jobs like hospitality, retail and healthcare, most of whom have no option but to attend their place of work in person.

And it remains to be seen whether the intentions of some couples to start a family earlier will materialise into a real trend – there has been no upswing in births since the pandemic began so far in official statistics.

But it comes amid a growing debate about the best age to have children, with more and more women giving birth to their first child having reached their 35th birthday.

Last week, it emerged that City law firms Clifford Chance and Cooley has started offering egg freezing and IVF to its UK-based staff.

While welcomed by some, others saw it as a cynical move to convince women in highly paid jobs to delay having children beyond the age when they are physically best able to do so.