A HEARTBROKEN family has paid tribute to their "perfect" baby girl killed by a swooping magpie in a freak accident.

Five-month-old Mia was killed on Sunday as her mother Simone tried to protect her from the aggressive bird in Australia. 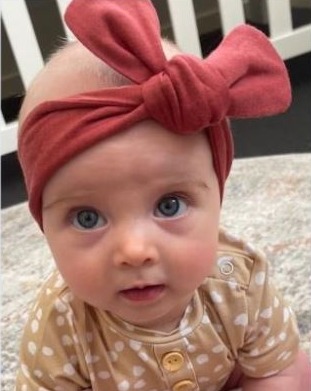 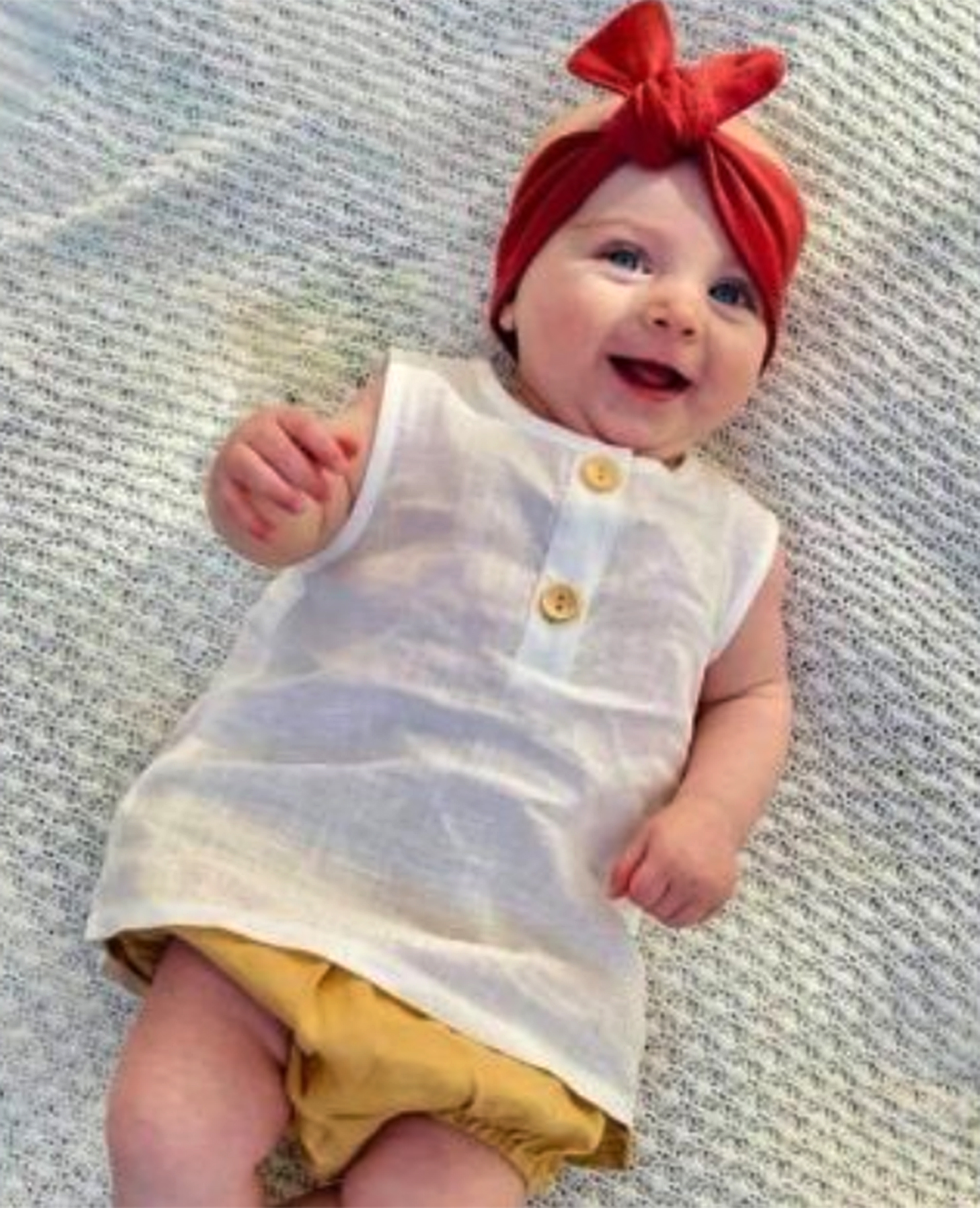 Her mother ducked to avoid the magpie in a Brisbane park and tripped over with the baby her arms.

The youngster suffered head injuries in the fall and was taken to hospital but later died.

The baby's loved ones have since come together to help her mother Simone and father Jacob grieve and pay for the cost of Mia's funeral.

In a touching online tribute to the youngster, her aunts told how Mia's parents “constantly doted over her" and “showered her with love”.

“The joy Mia brought to all of our lives cannot be described in words, but is certainly felt in all of our hearts,” the GoFundMe fundraiser reads.

“Jacob and Simone have not asked for anything but time – time to grieve the loss of their stunning little ray of sunshine.”

The fundraiser told how two of Mia's aunts were desperately trying to get an Covid-19 restrictions exemption so they could enter Queensland and support the grieving parents.

“Raising some money would not only help Jacob and Simone pay for the cost of Mia’s funeral, but would enable Jacob and Simone to take as much time away from work and the world as they need,” the sisters wrote.

“We ask you as their family, their friends, their acquaintances, or even strangers, to donate whatever you can to allow them to take as long as they need to grieve.

'We love you both Jacob and Simone, and will forever love you Mia….Fly high baby girl.”

A witness to the horrific accident had earlier praised the baby girl's “heroic” father for calling emergency services immediately and doing "everything he could" to save his child's life.

“I've seen shock before but this was beyond anything I'd ever seen,” the man told the Courier Mail.

“It's sickening I suppose, seeing a family torn apart in one quick moment,” his wife added.

Many locals said they had experienced similar run-ins with the feathered creature, which left some with bloody wounds.

One mother said her children were attacked by the same bird, and were wounded on their cheeks, very close to their eyes, despite wearing helmets.

Some claim they had previously reported it to the council, but no action was taken to relocate the animal until the little girl's death.

Two Brisbane City Council workers captured the magpie at 3pm on Monday and took it away in a cage, after taping off the park and erecting warning signs.

Swooping, which is only carried out by male magpies, is an uncommon trait among the species, with only around 10 per cent of the males using the technique to defend their nests.

Brisbane Lord Mayor Adrian Schrinner gave a press conference on the tragic death on Tuesday in which he said the council was working with police to establish what happened. 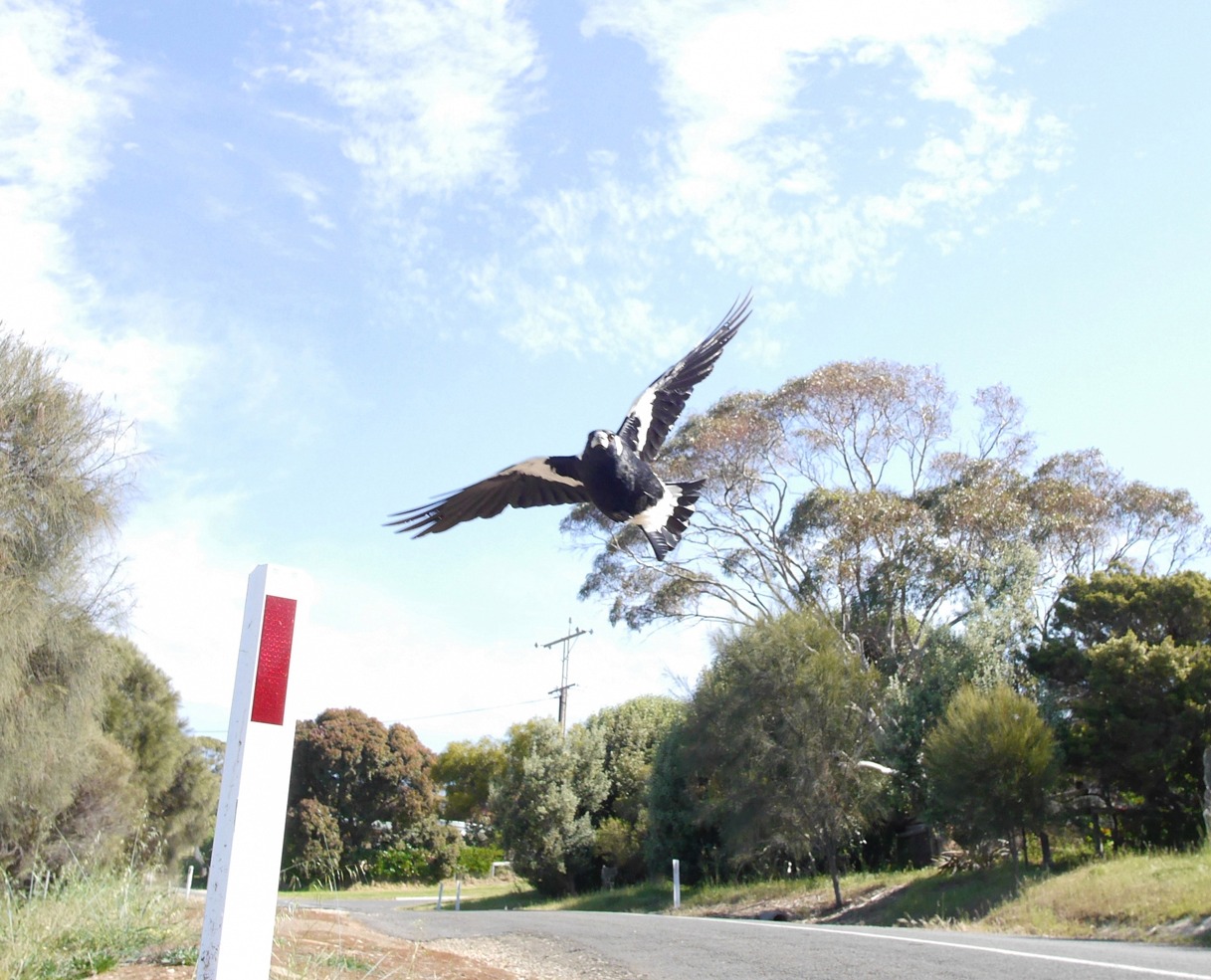 “This situation is probably impossible to have predicted, but we know that if we can do anything to prevent this situation from occurring again, we will do that,” he said.

“I want the family to know that our community is with them. We cannot even imagine the tragedy that they are going through at the moment and the way that they are feeling.”

City Standards are investigating the incident and police are preparing a report for the coroner.