A GUNMAN opened fire at an outdoor choir performance on the steps of the Cathedral Church of St. John the Divine in New York.

He was himself shot and wounded by police, according to police and a Reuters photographer at the scene in the Upper West Side. 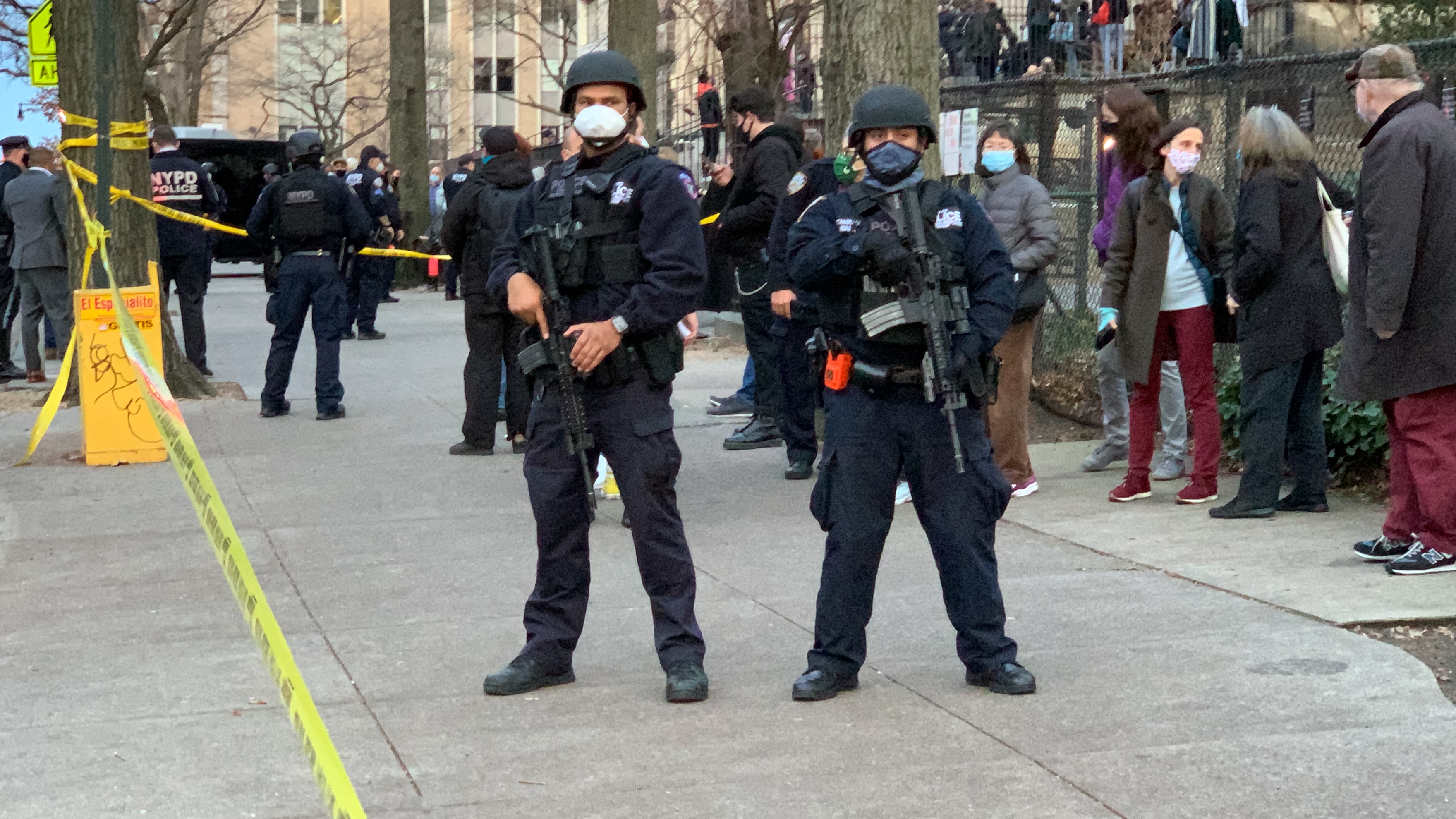 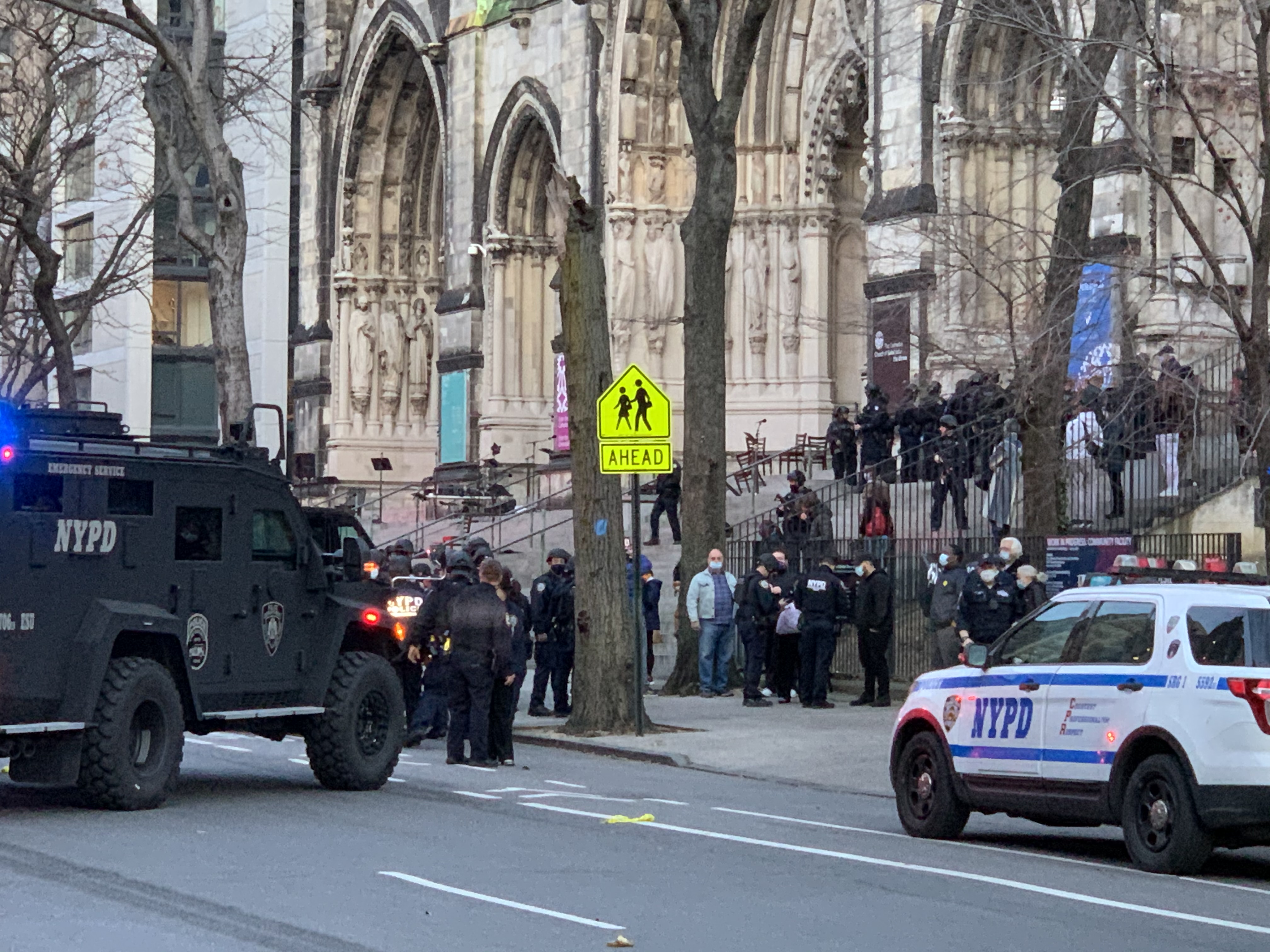 Police had received about a dozen 911 calls from the scene reporting shots being fired around 3.45pm — sparking chaos as people fled and took cover behind cars,.

The gunman, who was in a red jacket, had been firing into the air, law-enforcement sources said.

He was shot by an officer and was rushed to a local hospital in critical condition, the sergeant said.

No other injuries reported at this time.