A man has been remembered as an "easygoing" friend who would give the shirt off his back to those close to him as his alleged killer faced court charged with murder.

Martin Bebbington, known to friends as Marty, was found dead following an alleged altercation in Alexandra, 130 kilometres north-east of Melbourne.

Emergency services were called to Bayley Street about 1.40am on Monday and found the body of the 60-year-old at the scene. 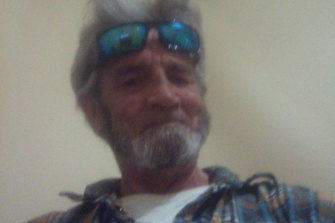 Marty Bebbington, 60, was killed in Alexandra on Monday.

The court heard Mr Whyte had asked to see a doctor over pain from a lower back injury, for which he receives a disability support pension. He also takes aspirin daily to reduce the chance of a stroke, his lawyer said.

Mr Whyte, who appeared via video link from jail in a blue jumpsuit, did not apply for bail and was remanded until his next court date on April 20.

Mr Bebbington's friend Michael Taylor, also known as Brian, told The Age the pair had been friends for 20 years.

"Marty liked cars, he loved fishing with his dad, he loved spending time with his son. He also had a grandchild as well," he said. "He loved my kids; he watched them grow up."

"He just took life as it came, he was pretty easy going … he would give the shirt off his back for you if he could."

He said Mr Bebbington, whose birthday would have been next week, had battled with depression and other issues but had always been a loyal friend. The pair had not been able to catch up recently because of the pandemic.

"He was a bloke with a lot of problems … but it doesn't matter, no one deserves to go that way."

Mr Taylor said Mr Bebbington doted on his cat and his dog, Phoenix.

"His dog and his cat were his two main companions," he said.

A former neighbour of Mr Bebbington said on Monday that he was well known in the community and the news had come as a shock.

“He was a good guy with a good heart,” she said. “He had his demons, but his heart was in the right place.”

"He always loved to stop and have a chat over a cold beer. He was our neighbour for many years, was always cheerful."

Anyone with information that could assist police is urged to contact Crime Stoppers on 1800 333 000 or visit www.crimestoppersvic.com.au