The number of confirmed coronavirus cases globally has topped 25 million, according to a tally kept by Johns Hopkins University.

The US leads the count with 5.9 million cases, followed by Brazil with 3.8 million and India with 3.5 million.

The real number of people infected by the virus around the world is believed to be much higher – perhaps ten times higher in the US, according to the Centres for Disease Control and Prevention – given testing limitations and the many mild cases that have gone unreported or unrecognised. 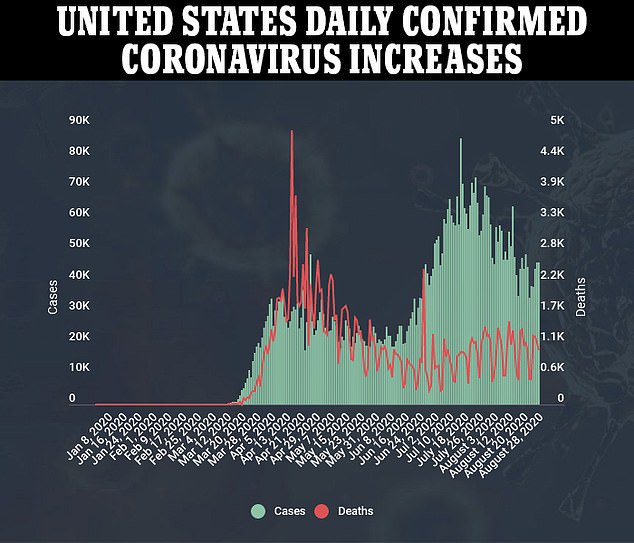 The United States leads the world with its number of coronavirus cases, recording 5.9million 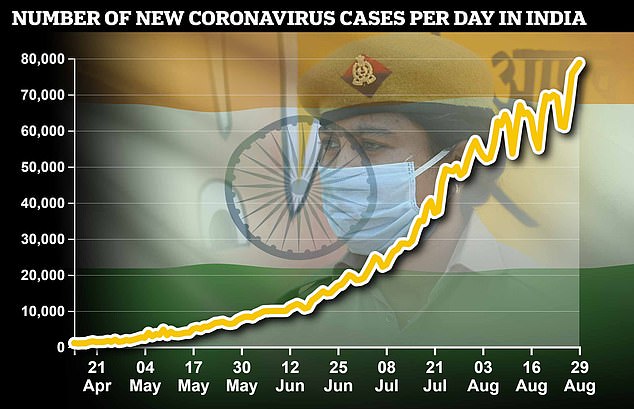 It is followed by India, which has recorded 3.5million in total. Brazil has seen as many as 3.8million cases of the virus after the country’s president declared it wasn’t dangerous 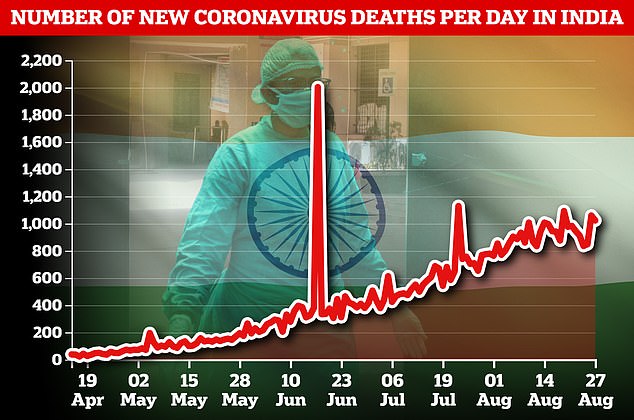 The figures come as India registered a record 78,761 new coronavirus cases in the past 24 hours, the worst single-day spike in the world.

The Health Ministry also reported 948 deaths in the past 24 hours, taking total fatalities to 63,498.

Sunday’s surge has raised the country’s total virus tally to over 3.5 million and comes at a time when India is reopening its subway networks and allowing sports and religious events in a limited manner from next month as part of efforts to revive the economy.

The crowded subway, a lifeline for millions of people in the capital New Delhi, will be reopened in a phased manner from September 7.

Schools and colleges will, however, remain closed until the end of September. 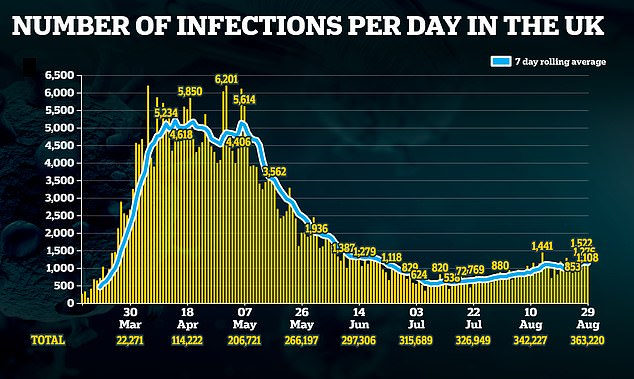 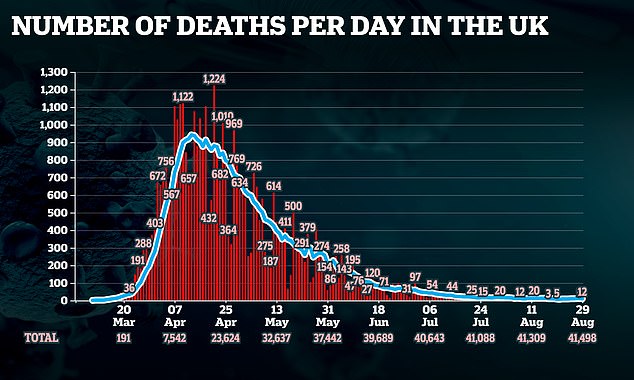 The South Asian country has the third-highest caseload after the United States and Brazil, and its fatalities are the fourth-highest.

Even as eight Indian states remain among the worst-hit regions and contribute nearly 73 per cent of the total infections, the virus is now spreading fast in the vast hinterlands, with experts warning that the month of September could be the most challenging.