A WOMAN was forced to wear a pilot's t-shirt after being removed from a flight because her boobs were "lewd, obscene and offensive."

When boarding a Southwest Airlines flight on Tuesday, Kayla Eubanks was held at the gate due to her clothing. 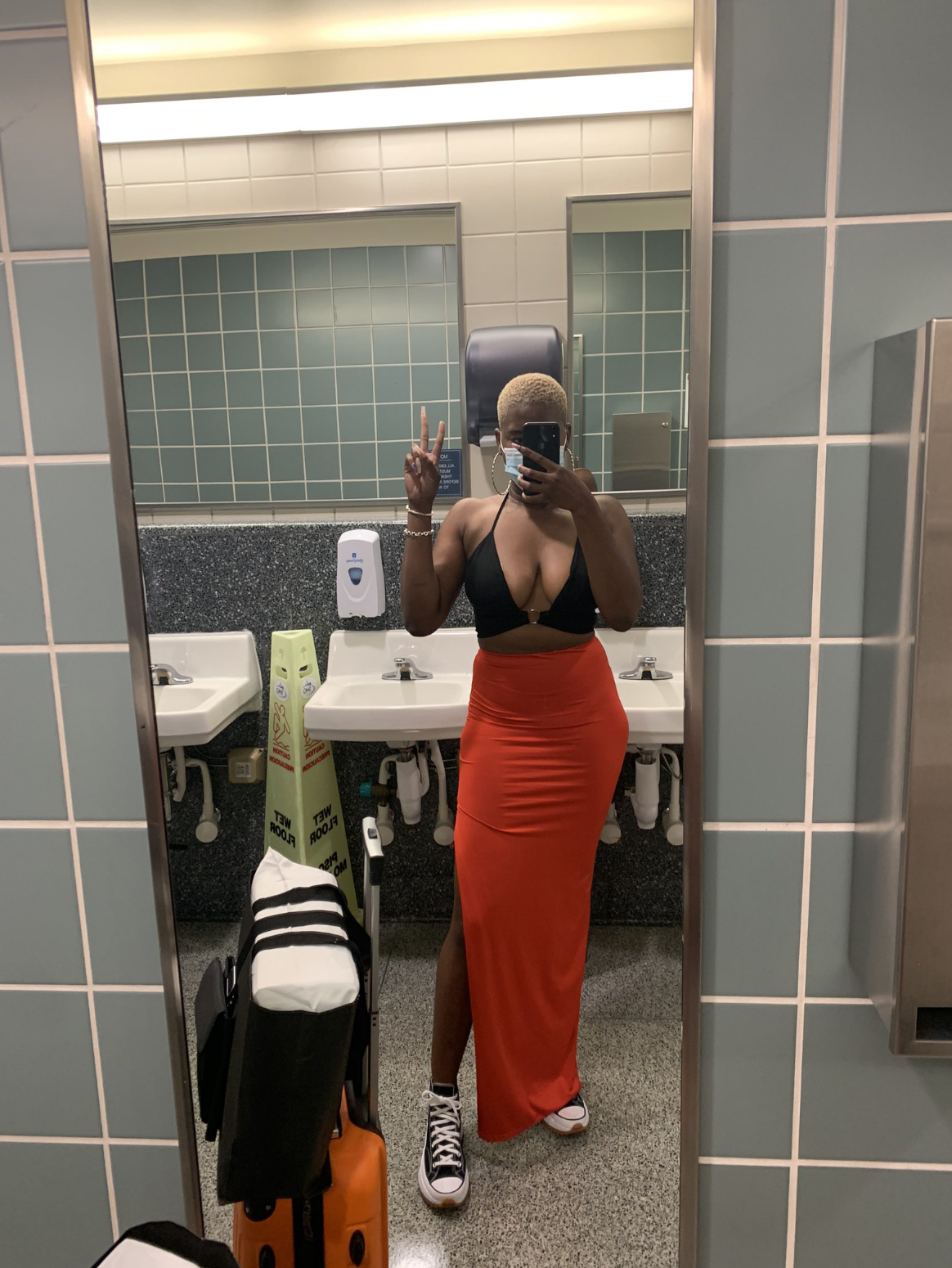 Eubanks documented the incident through a series of tweets that included videoed conversations with airline employees and photos of the clothing in question.

"I really wanna know why @SouthwestAir is policing my clothes like this," Eubanks first tweeted about the incident. "How will my shirt impact my flight, for myself, the other passengers or even the pilot? Y’all have a dress code for CUSTOMERS who pay to get on a plane? It’s the constant policing of women’s bodies for me."

In one of the videos, Eubanks is heard having a conversation with a Southwest employee asking to see the dress code policy that said she could not board. 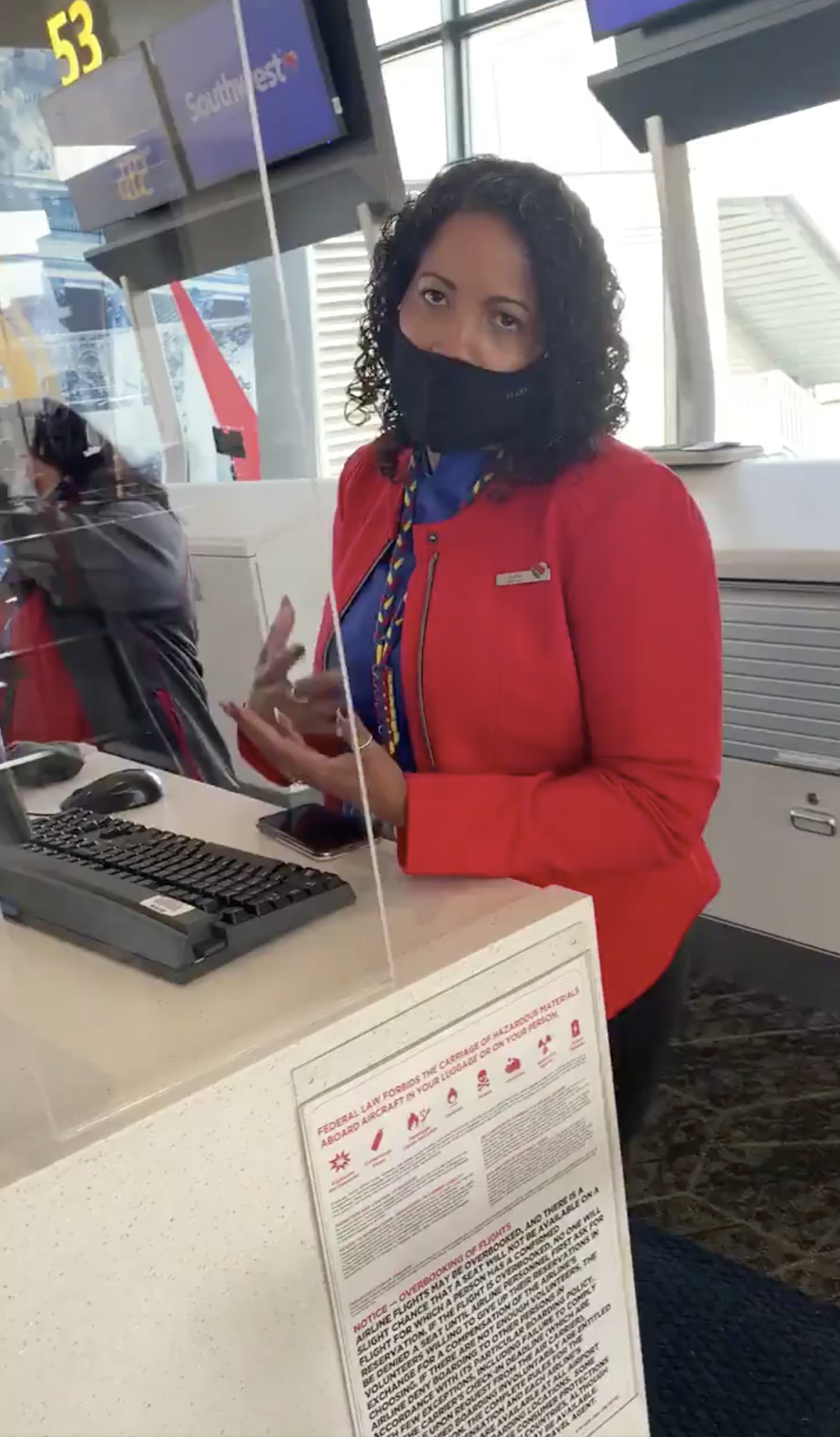 Eubanks is heard in the video saying she waited 20 minutes to see the policy.

Towards the end of the video, the woman Eubanks is addressing appears to tell another employee to "close the plane in three minutes" before asking Eubanks if she would cover up after she was unable to find the policy.

"I kid y’all not, from the moment I stepped into my departing airport, to the duration of the flight and even after I landed, I was harassed," Eubanks tweeted on Tuesday. "Not by passengers, but by Southwest employees. Half of the employees were complimenting me & the other half was asking where my shirt was." 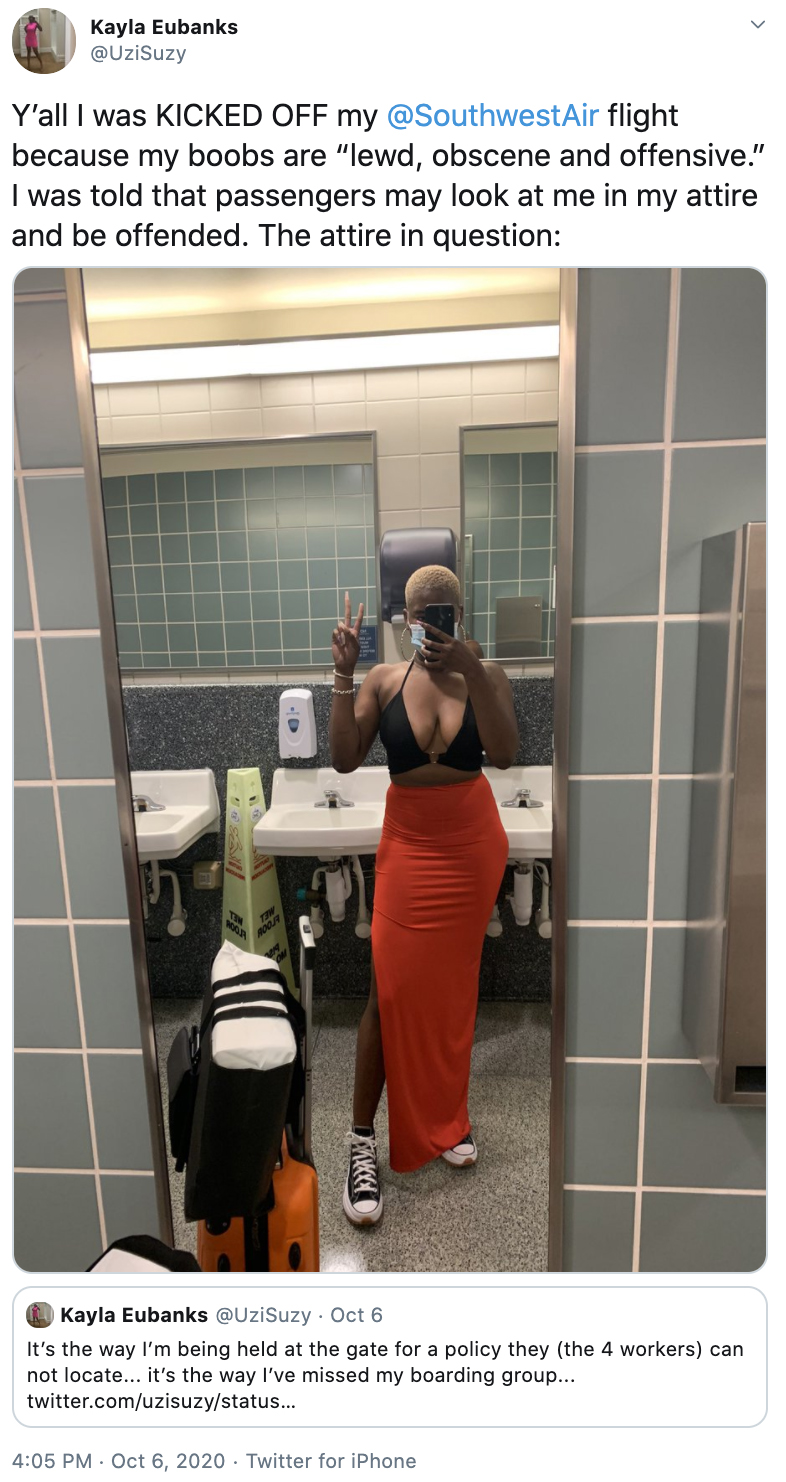 Another video shows the employee featured in the first video bringing over the captain of the flight.

"They're hating on you because you're looking good, is that right?" The captain says to Eubanks.

He further asks the woman if the policy says she has to cover up, if she would be willing to cover up.

Eubanks told the captain that she would want to see the policy first. 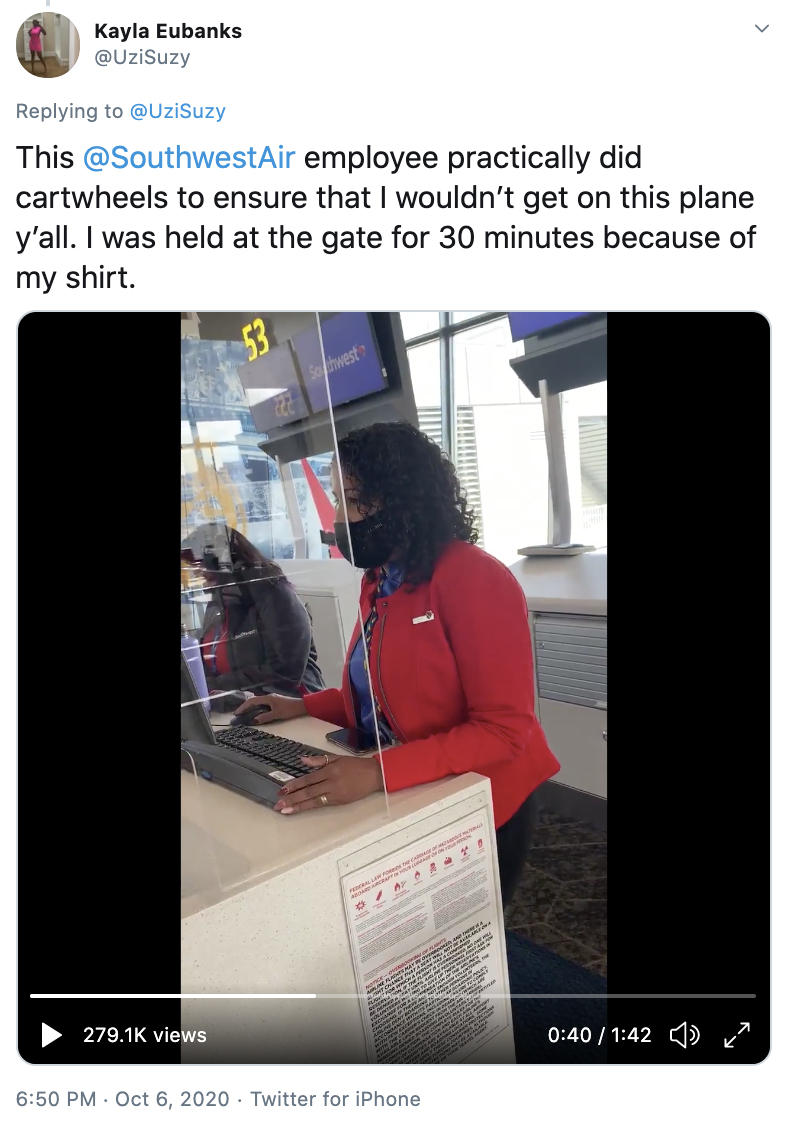 In order for Eubanks to board the plan, the captain loaned Eubanks a t-shirt.

"I eventually took it off…" Eubanks wrote on twitter. "Only to be told that I would have to speak with a supervisor upon landing."

When speaking with a supervisor upon landing, Eubanks was told the top "revealed quite a bit" and once again could be considered lewd, obscene and offensive.

She proceeded to ask the employees who would find her boobs offensive, to which they replied "maybe others on the aircraft."

In a final video, Eubanks recorded one of the Southwest employees requesting her ID. In the video's caption she wrote that she "obviously refused."

Throughout the videos and tweets posted, Eubanks claimed the airline was policing her.

Southwest Airlines did not immediately respond to The Sun's request for comment.

David Attenborough, 94, has 'no interest in retiring', say filmmakers
Celebrities