A GIRL has been accused of ‘whitewashing’ her boyfriend after taking part in a viral TikTok trend.

The under-fire video, reportedly posted by a couple called Sarah and Keiran Mills, has been viewed 4.4 million times and has attracted almost 30,000 comments. 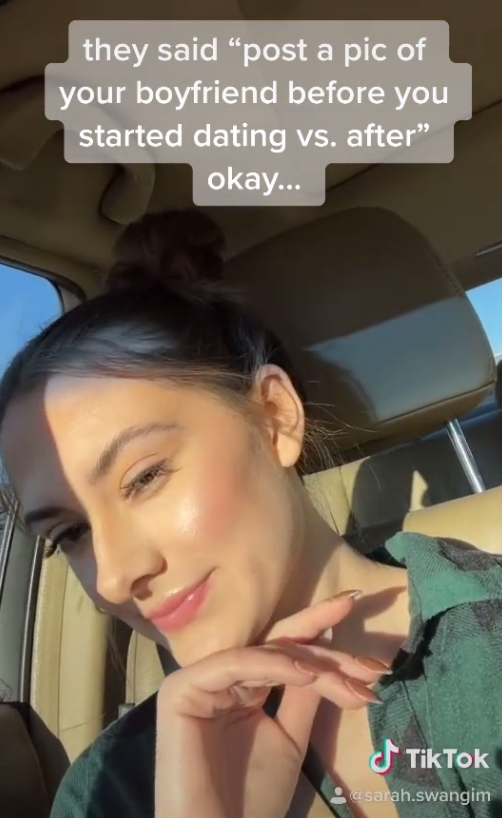 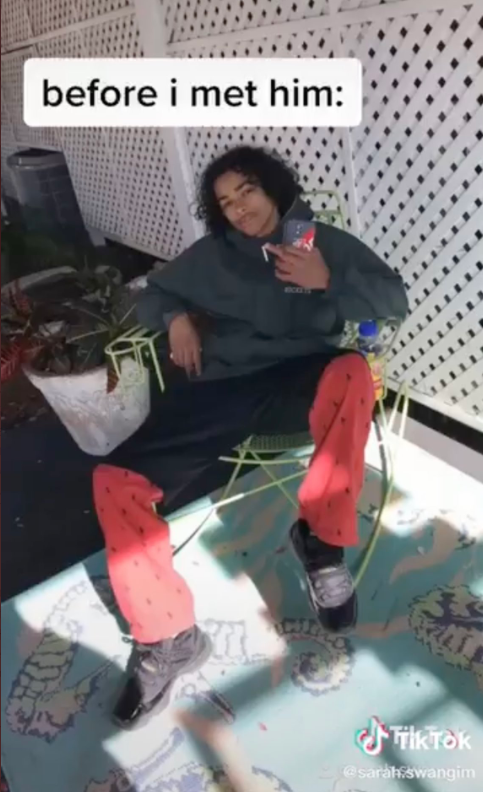 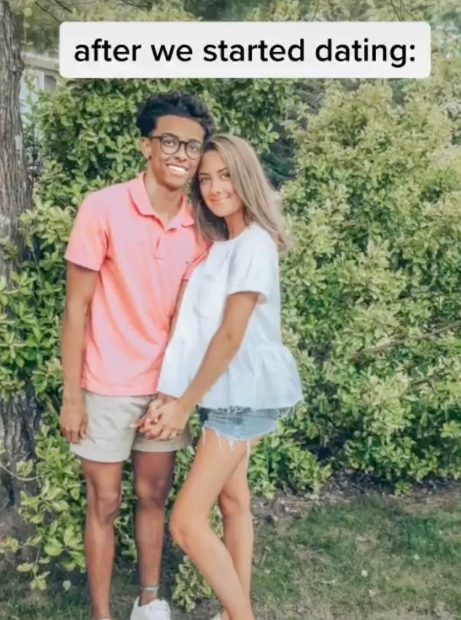 A photo of her partner dressed in a hoodie is then shown as the ‘before’.

A series of ‘after’ shots then feature the TikToker’s boyfriend donning shorter hair and glasses.

The idea of the trend is that posters show a change that viewers will find positive.

Other TikTokers, however, have accused the user of ‘whitewashing’ her boyfriend – comparing the situation to that of Jordan Peele’s film Get Out.

One account, @emsonmallari, commented: “Colonized, gentrified, terrified. Free bro”, while another wrote: “Why he look so edited”.

The video was branded “the saddest thing I’ve ever seen” by @chefboyyaardee.

The TikTok has also taken Twitter by storm, with a tweet showing screenshots gaining 5,000 replies and more than 40,000 retweets. 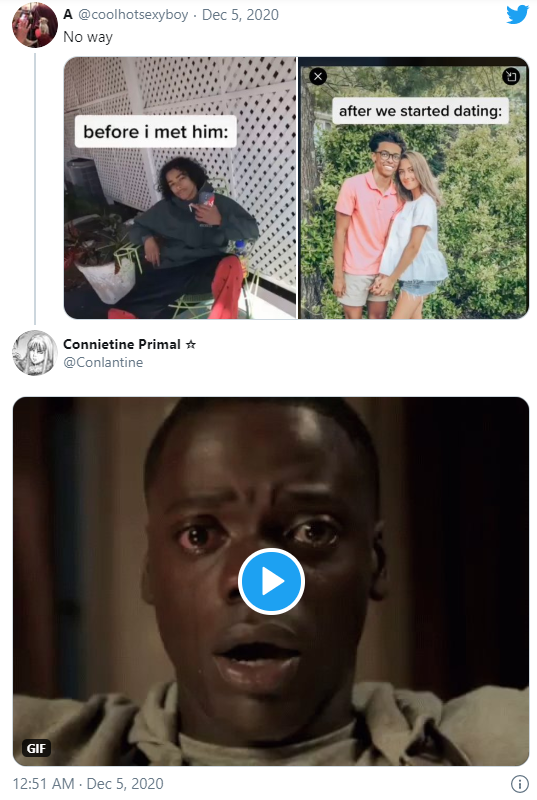 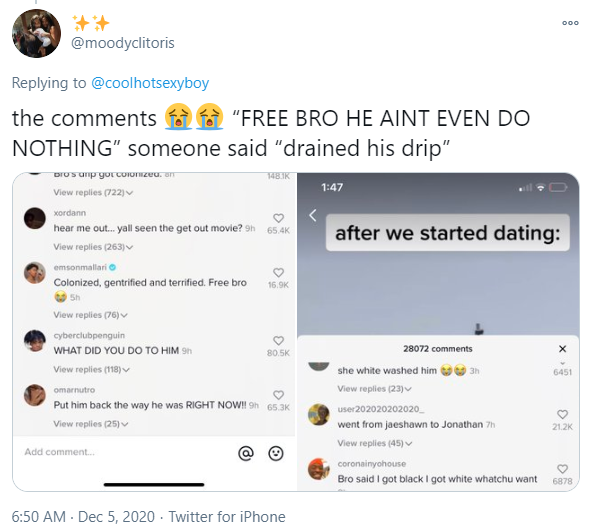