A retired German didgeridoo saleswoman who travelled to Syria to rescue her grandchildren from her radicalised daughter and son-in-law is believed to have been killed in a US air strike.

The woman, identified as Helga G., who is originally from the German city of Oberhausen, was reportedly killed in the Battle of Baghuz, according to German media citing ISIS sources.

The American-led coalition attack on the Syrian town of Al-Baghuz Fawqani began on February 9 this year and was regarded as the last stand of the Islamic State in eastern Syria. 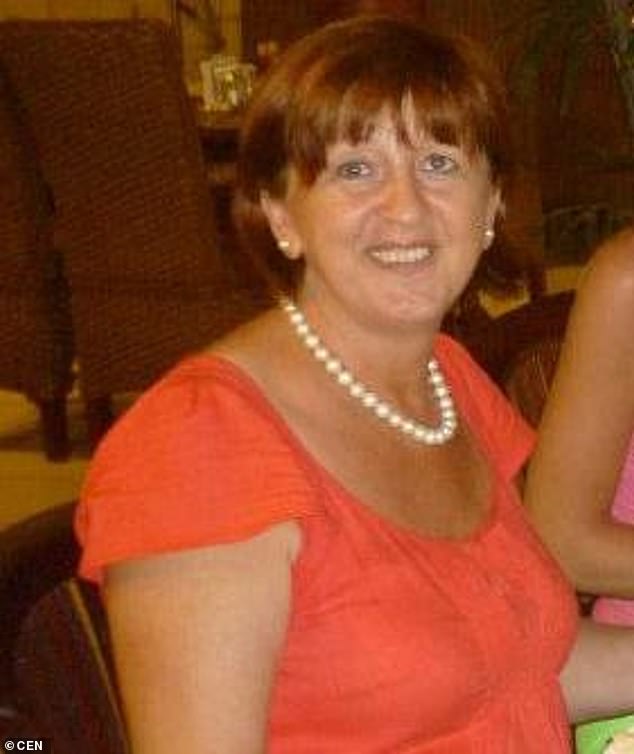 The woman, identified as Helga G., who is originally from the German city of Oberhausen, was reportedly killed in the Battle of Baghuz

In the fierce fighting that followed, there were numerous civilian casualties, up until the city was taken on 23rd March. Helga G is believed to be among those who died.

She had got divorced in 2002 and decided to start a new life for herself by emigrating to Australia, where she set up a successful business selling didgeridoos, the traditional instrument used by aborigines.

She ran the business for eight years, before deciding to sell up and move back to Oberhausen in Germany so that she could spend time with her daughter’s children.

Her daughter has been identified only as Maya G.

Maya became radicalised after marrying Lebanese born Fadi al-Kurdi. He had several petty criminal convictions and as a result the family decided to leave the country for a fresh start, and in the summer of 2015 they departed for Syria, according to media in her home country. 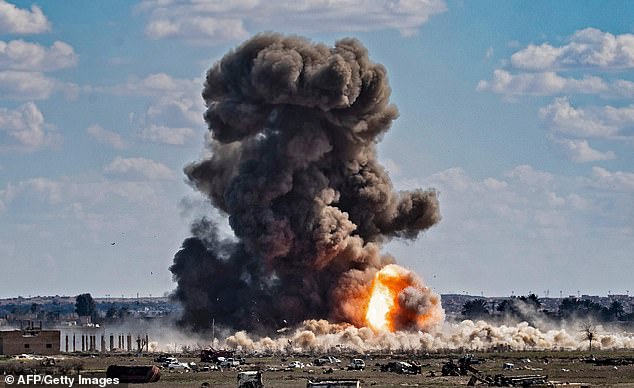 Smoke and fire billow after a shelling on the Islamic State group’s last holdout of Baghouz, in the eastern Syrian Deir Ezzor province on March 3. It is not thought that Helga G was here

The pensioner sold her property to fund the trip. It’s believed that al-Kurdi had taken control of her money once they moved.

He apparently did so in order to become a weapons dealer in the caliphate in Rakka, which reportedly gave them a decent living.

A social media account was set up in her name and IS propaganda was frequently posted, urging Muslims around the world to support what they were doing.

It is unclear, however, whether Helga G was responsible for the statements on the account, or whether the account was being operated in her name.

With the Kurdish-led attack on Rakka the family were forced to flee while al-Kurdi was injured and captured, during the fighting. His wife and mother-in-law fled south with the children. 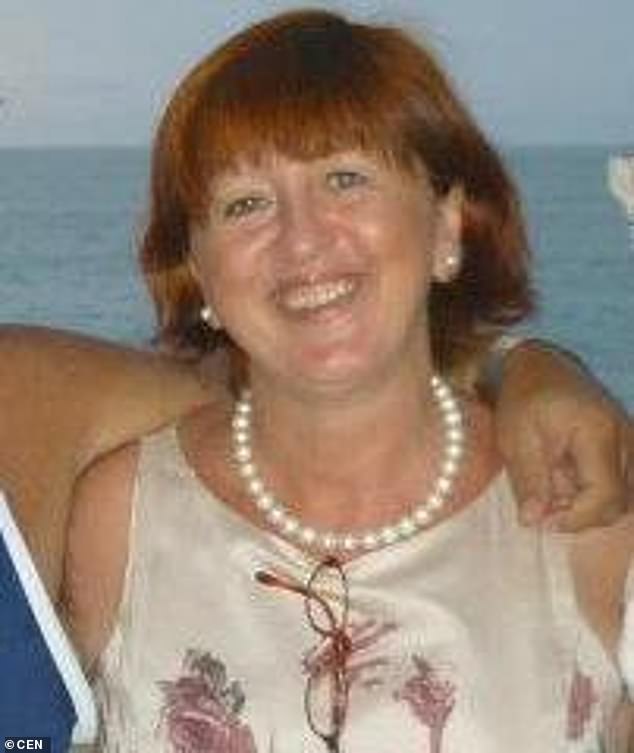 There were numerous civilian casualties at Baghuz, up until the city was taken on 23rd March. Among those who died was Helga G

The social media account used by the OAP continued to pour scorn on critics of IS, warning them of judgement day, for example, and calling Turkish opponents ‘Jews’.

The daughter ended up being seized by Kurdish militia fighters from the People’s Protection Units (YPG), earlier this year, whereas the pensioner, according to IS sources quoted in German media, retreated to the Baghuz stronghold where they say she was later killed during an air attack.

They alleged that a bomb dropped by an AC-130 operated by the U.S. Air Force killed the woman.

However, there was no independent corroboration of the statement. The daughter is reportedly in a YPG refugee camp hoping for a return to Germany. 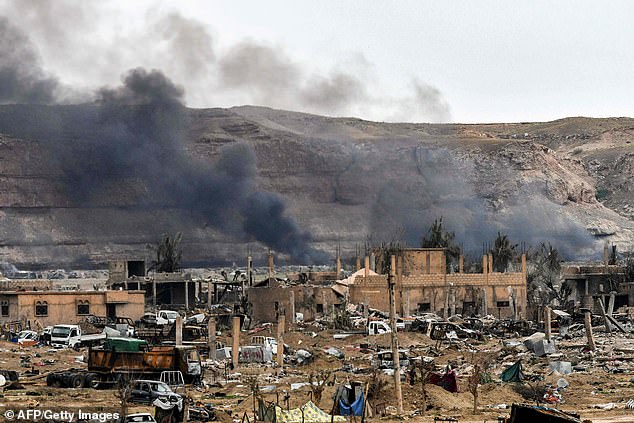 The camp is reportedly being operated by the female version of the YPG, known as the YPJ.

The biggest is the al-Hawi camp which contains around 70,000 people, most of them refugees from Iraq and Syria. There is also a small section devoted to foreigners, that include several German women with their children.

It has been reported that there are appalling hygiene conditions in the camps, with a hospital only recently being opened. German officials have so far delayed in bringing their refugees back home. The reason given is that there is no embassy in Syria at the moment.

Kurdish officials want to get rid of the foreign Islamic radicals, but are insisting on diplomatic recognition in exchange for handing them over.

That in turn would cause problems with Turkey, a country that does not recognise the YPG and instead alleges it is simply the replacement for the outlawed PKK.

The latest development is that families of these radicalised Germans have written to interior minister Horst Seehofer urging him to intervene because of the threats to their lives and the rampant illness and lack of hygiene in the camps.