MIAMI — Rep. Matt Gaetz defeated his Republican primary opponent Tuesday in one of Florida’s most conservative congressional districts, NBC News projects, as voters declined to hold a federal sex crimes investigation against him.

But ultimately, Trump’s endorsement — and Gaetz’s deep roots and relentless campaigning in the district — carried the day for Gaetz, who was a state representative from the Panhandle area before he won his congressional seat in 2016.

Trump is dominant in the district, which he carried by more than 33 percentage points in 2020.

In one commercial, Lombardo insinuated, without evidence, that Gaetz was an informant who ultimately gave the FBI evidence to execute a search warrant Aug. 8 at Trump’s Mar-a-Lago estate. 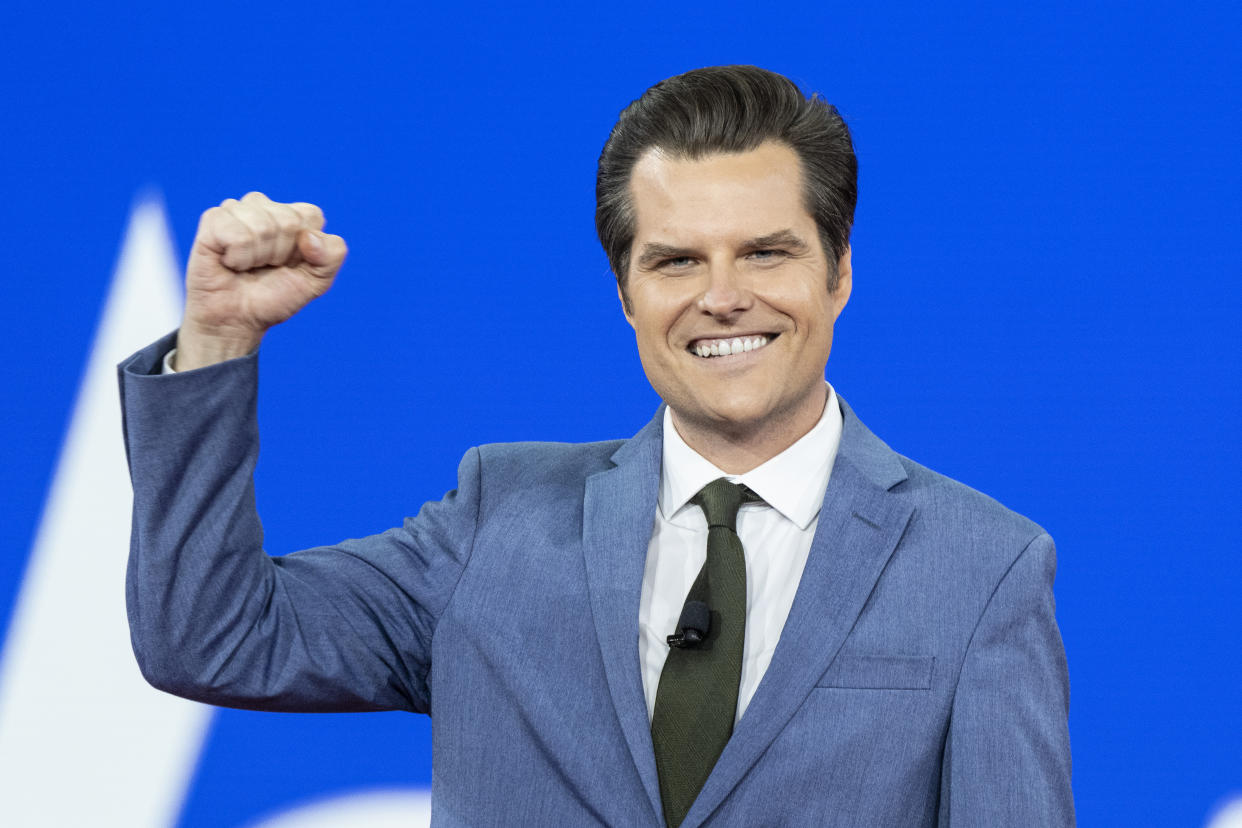 Another Lombardo ad played up reports of a sex-filled Bahamas trip that is part of the federal investigation into Gaetz.

The Trump-endorsement attack annoyed Gaetz so much that he hounded a Business Insider reporter on Twitter for publishing it in a story. He later tweeted the text of a new endorsement from Trump, who had verbally issued an endorsement before that.

A Justice Department spokesperson couldn’t be reached for comment about the sex trafficking case. The agency typically doesn’t indict 90 days before an election. In January, Gaetz’s ex-girlfriend testified before a grand jury investigating him, but there has been no major movement in the case since then.

Gaetz’s opponent is former state Health Department worker Rebekah Jones, who won the Democratic primary in the 1st Congressional District on Tuesday night, NBC News projects. Jones was temporarily removed from the ballot over questions about her party qualifications, but an appeals court reinstated her the day before the election.

Jones, who helped design the state’s Covid dashboard, accused DeSantis and his administration of manipulating Covid data in 2020. A report from the state Health Department’s Office of Inspector General released in May said it had found “insufficient evidence” to support her claims and, in another instance, “exonerated” health workers she accused of wrongdoing.

Jones also faces a felony charge of accessing and downloading confidential Health Department data after she was fired in May 2020 for what officials said was insubordination.

Jones says she was fired for refusing to manipulate data, and her attorney said in May that she still intends to pursue a wrongful termination claim.

“It’s simple: She was fired for refusing to manipulate Covid data,” her attorney said then, noting that his client had issued a lengthy rebuttal to the Health Department this year when it released initial findings, which were confidential.