A LEADING pro-EU journalist was today accused of rank snobbery after mocking Brexiteers for being old.

Matt Kelly, editor of the New European newspaper, claimed a Nigel Farage rally would be flooded with "leaked p**s". 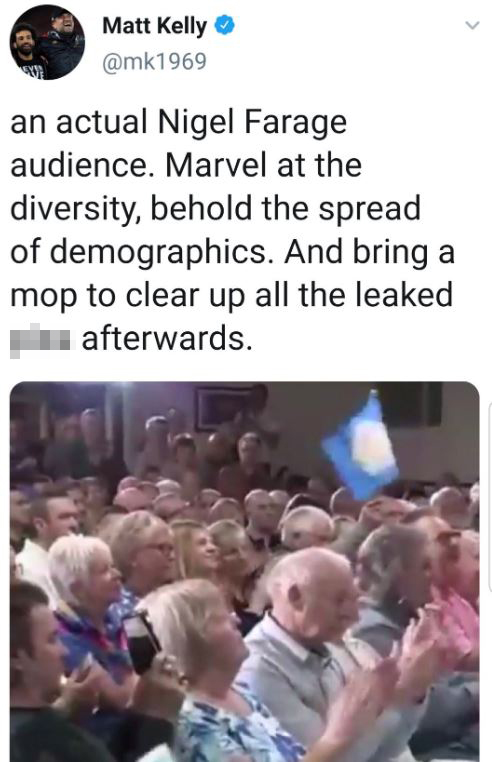 He was forced to delete his Twitter rant after a furious backlash.

Mr Kelly insisted he was only joking but apologised for offending Leave voters with his jibes.

The journalist and activist posted a picture from a recent Brexit Party meeting, captioned: "An actual Nigel Farage audience.

"Marvel at the diversity, behold the spread of demographics. And bring a mop to clear up all the leaked p**s afterwards."

Brexiteers instantly hit back – one raged: "He needs to delete this awful tweet."

And political commentator Julian Samways said: "Matt, as a Remainer this sort of tweet is bloody irritating. Insulting and stupid."

Mr Kelly returned to social media to say: "Clearly this tweet has upset a lot of people.

"It was meant to be light-hearted but it has caused a lot of people offence for which I apologise."

His weekly newspaper was set up in 2016 to channel the enthusiasm of Remainers who are angry about Brexit. 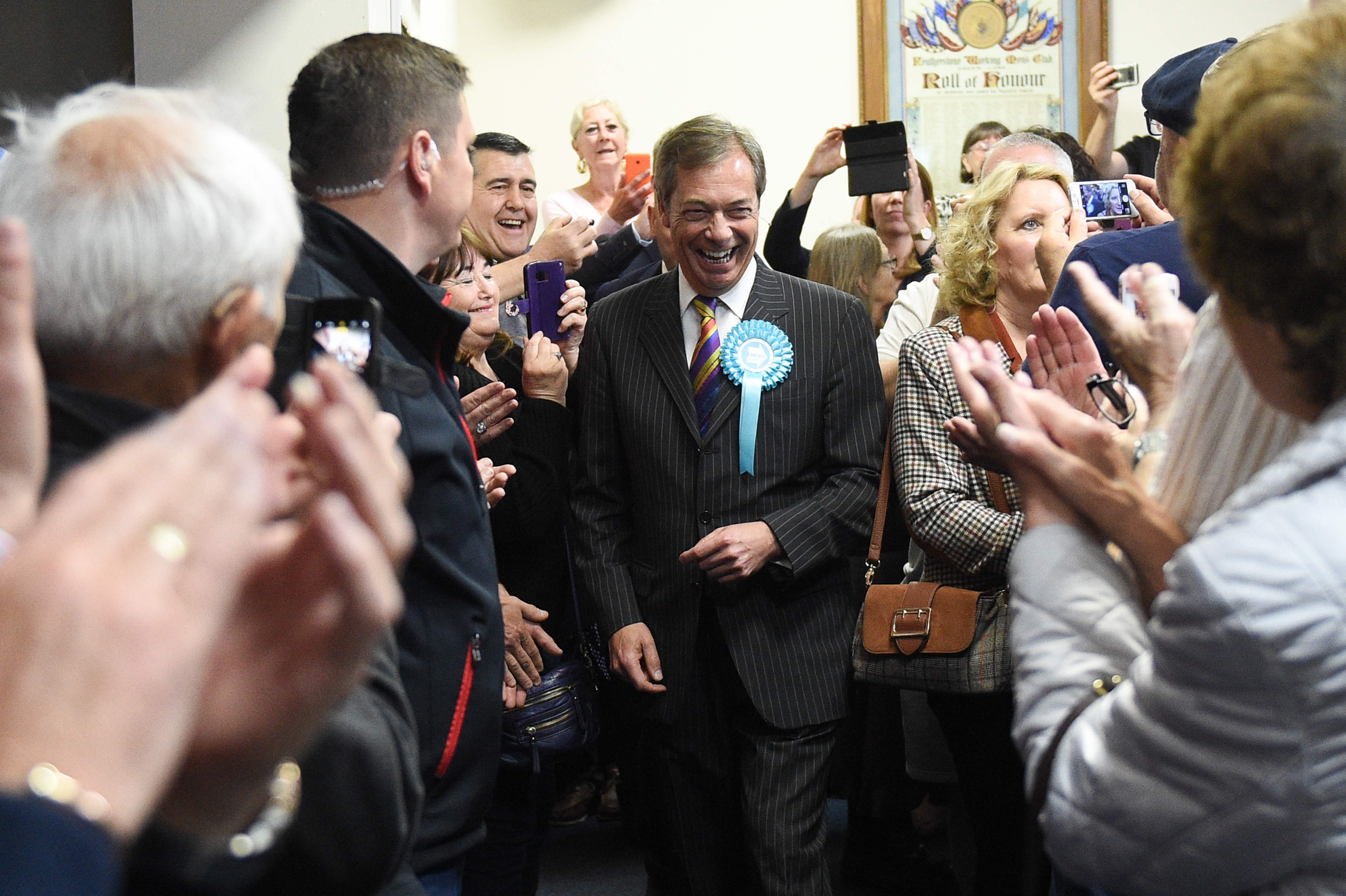