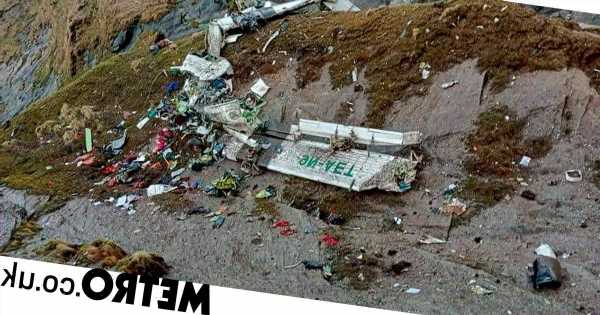 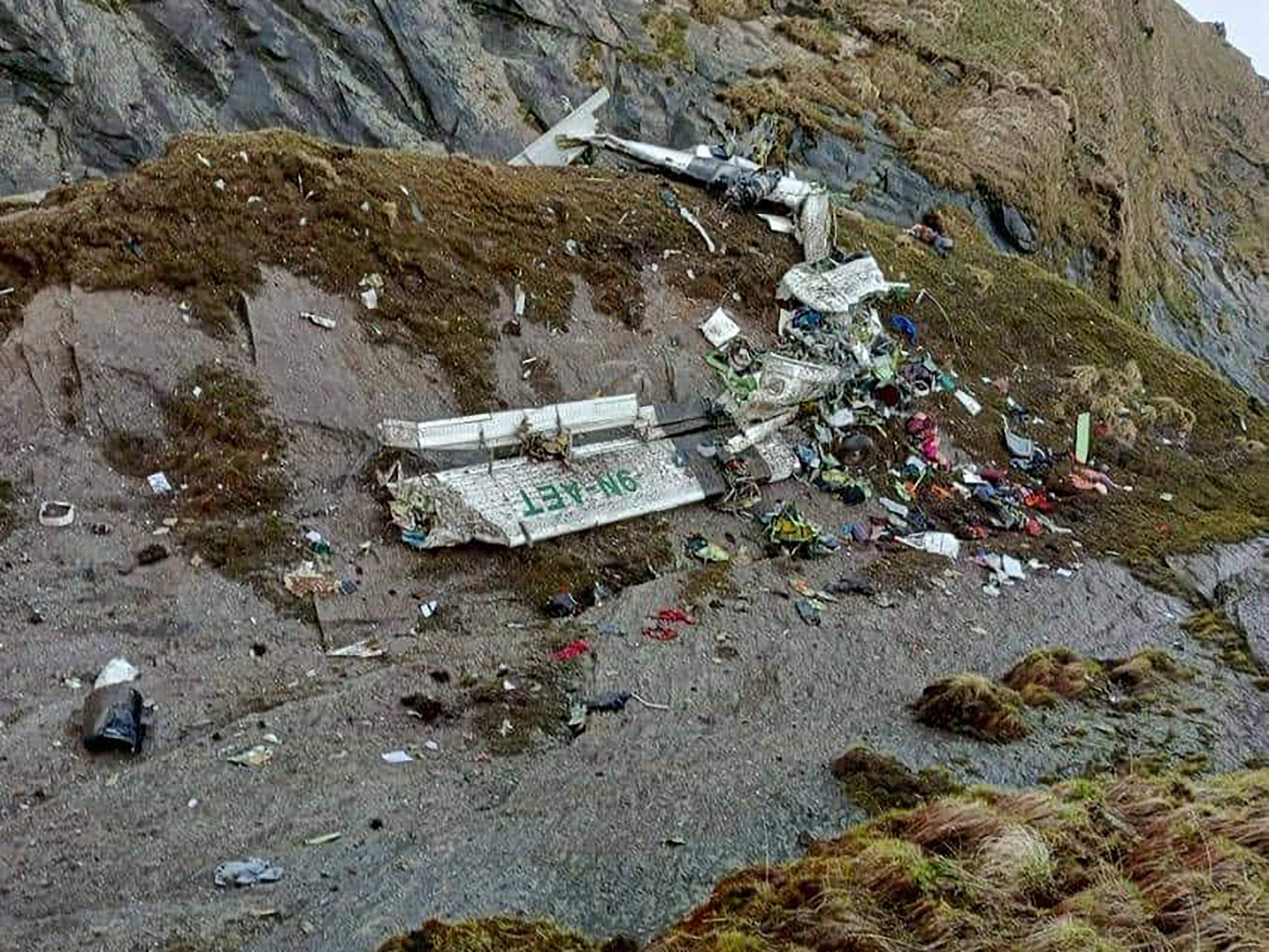 Fourteen bodies have reportedly been found after a plane crash in Nepal’s mountains.

The first picture of the wreckage was released by the country’s army this morning after the aircraft vanished on Sunday.

Parts of the plane can be seen scattered across the site in Sanosware, Mustang following a mass search temporarily halted overnight due to bad weather and lack of light.

The Nepali Army and Nepal Police have recovered the bodies of 14 people and are still at the site going through the debris.

Tek Raj Sitaula, a spokesman for the Tribhuvan International Airport in Nepal’s capital Kathmandu, said: ‘The search for others is continuing.’

There were 19 passengers and three crew members on board, including 13 Nepali citizens, four Indians and two Germans.

The Tara Air plane was on a 20-minute scheduled flight from the resort town of Pokhara, 125 miles west of Kathmandu, to the mountain town of Jomsom.

It lost contact with the airport tower five minutes before it was due to land on the route popular with foreign hikers and Indian and Nepalese pilgrims.

There had been rain in the area for a few days but flights were operating normally.

The plane was found at an altitude of about 14,500 feet, while investigators are still searching a gorge between two mountains.

Nepal, home to some of the world’s highest mountains including Everest, has a fraught history of aviation accidents.

In 2016, a Tara Air Twin Otter flying the same route crashed after take-off, killing all 23 people aboard.

In 2014, a Nepal Airlines plane flying from Pokhara to Jumla crashed, killing all 18 on board.

In 2018, a US-Bangla passenger plane from Bangladesh crashed on landing in Kathmandu, killing 49 of the 71 people aboard.