‘I was supposed to be in it when it went up in flames!’ Thrifty pensioner, 76, who tried to save cash by building his own COFFIN is left devastated after it’s destroyed by fire

A thrifty pensioner who spent a year and a half building his own coffin was forced to start over when it was accidentally destroyed in a fire.

Frank Bartlett, 76, of Lichfield, Staffordshire, started planning his own death 18 months ago when he decided he wanted to spare his family a large funeral bill and keep costs as low as possible.

He spent a year and a half cutting, carving and assembling his own French oak casket that he wanted to be cremated in.

But he was left devastated when it went up in flames prematurely.

The former headteacher said:’I always knew that all my hard work would go up in flames, but I didn’t expect to be around to see it – I should have been in it. 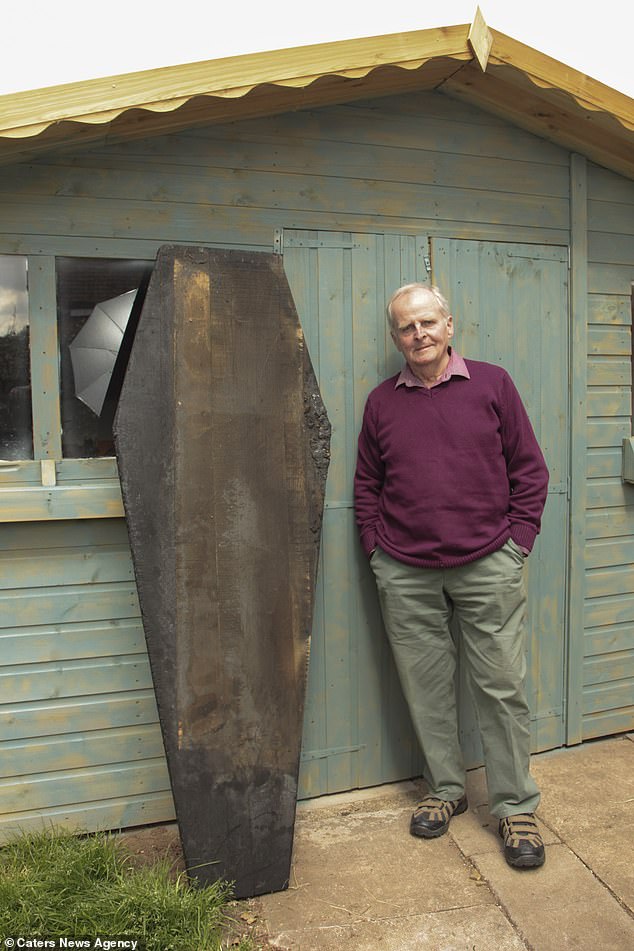 Frank Bartlett, 76, of Lichfield, Staffordshire, is pictured with his burnt coffin after it went up in flames prematurely

‘I spent a lot of time making it, not to mention the hours spent chiselling my own carvings into the wood.

‘I’m very disappointed that my family won’t get to see it all. I plan to start rebuilding as soon as possible.’

The blaze shot flames 20 metres in the air and was spotted by neighbours on either side of his house.

It was caused by a domestic heating fan the garden shed where the coffin was kept.

Mr Bartlett had managed to get his coffin costs down to just £20, which included a step-by-step dossier of exactly how to handle his funeral as well as a playlist of songs for his service, namely The Archers theme tune.

Determined to stick to his original plan, he has started from scratch. 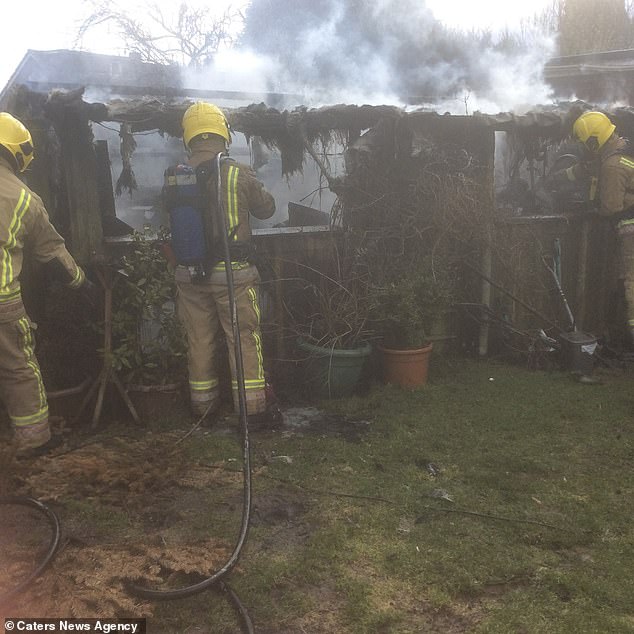 He added: ‘I wanted to plan my own funeral because I feel that grieving relatives are at their most vulnerable when they have to make decisions about their departed spouse.

‘People think it’s odd until I explain why I’m making the coffin, I want to have the final say on how my demise should be handled.

‘It was quite terrifying when the shed went up in flames, the coffin took 18 months to complete and it still was not finished.

‘The fire was horrendous because of the different dyes and paints in the shed that contained sugar.

‘The flames were about 20 foot in the air and the heat was so strong that it smashed my next-door neighbours’ windows.

‘There are so many decisions one has to make when burying their beloved, I’ll be stored at the local undertakers and my service will be at a village hall, which will only cost about £100 to book.’

Mr Bartlett’s wife Isabel added: ‘I think he’s absolutely crazy, and I do think it’s quite morbid, but he knows what he’s talking about and it does make sense.

‘He asked if he could have it in the house, and I said absolutely not.’

As part of his decision, he managed to get hold of some free French oak wood and began constructing his own coffin, even carving his own custom art into the wood. 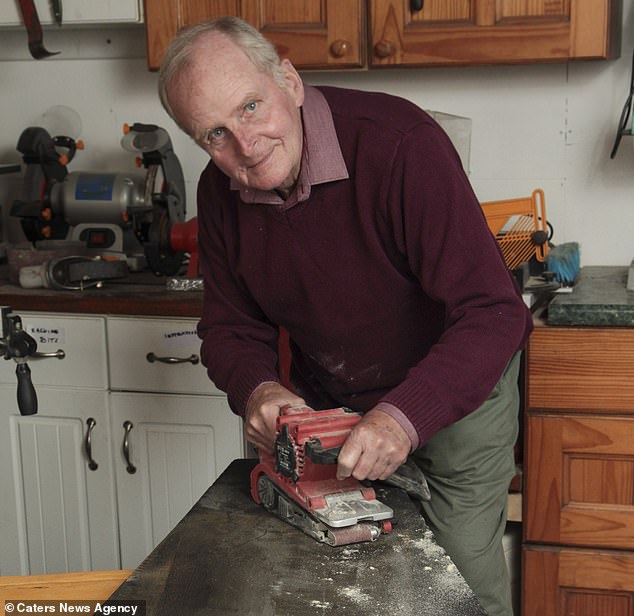 He said: ‘I have my own special chisels; it took me ages to get this coffin ready and ironically has set on fire before it was supposed to – without me inside it.’

The fire ripped through his large shed in the back garden, which became so uncontrollable that the fire department had to be called to control the fierce blaze.

Now, Mr Bartlett plans to continue his preparations by starting a new coffin as soon as he replaces the damaged tools.

He added: ‘This time I’m going to take more time with my coffin, I think I’ll chisel a phoenix to go on the top of the new coffin.

‘To be honest, I have always been seen to be a little odd anyway, I used to ride a horse to work, and that was only 10 years ago.’ 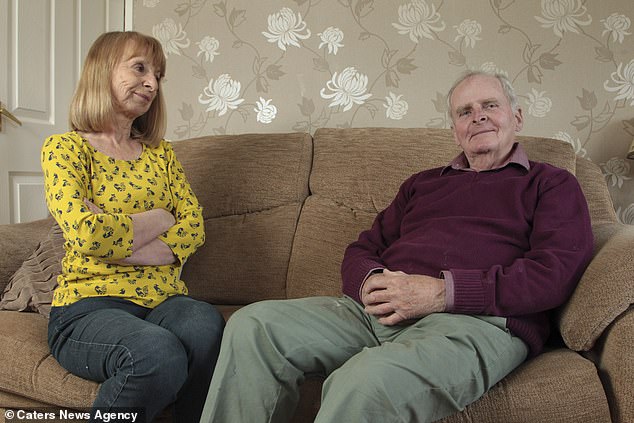