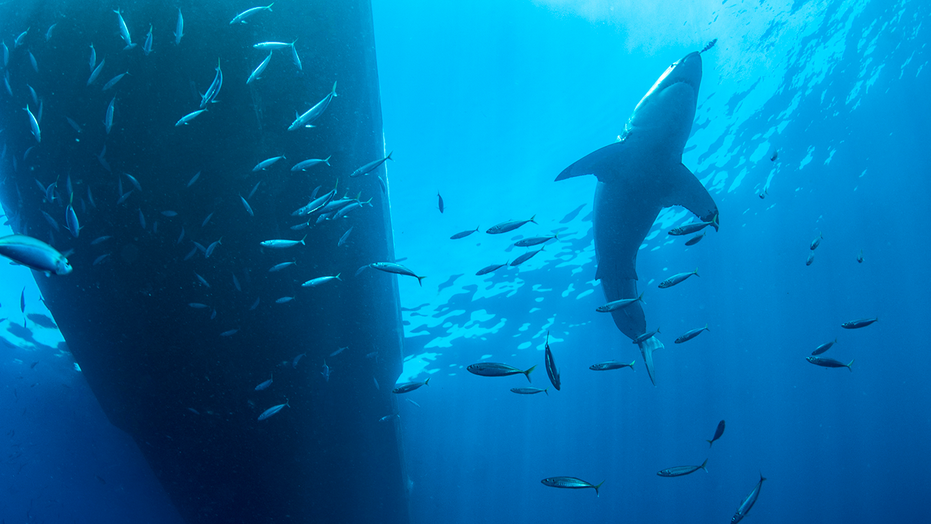 WARNING: Screengrabs and links below contain graphic images and footage.

Two crew members of a fishing boat have been fired from their positions after reportedly sharing footage of themselves hacking the tail off of a shark and throwing the fish back into the ocean.

The operators of the Icelandic fishing vessel confirmed the men were no longer employed on the boat, and condemned their actions after video of the incident found its way online, according to the Icelandic National Broadcasting Service (RUV).

The footage — which can be viewed here, after being re-posted by a Facebook user who claims to have taken it from one of the fishermen’s accounts before it was deleted — shows one man holding the wounded shark off the side of the boat. The man then releases it back into the water without a tail, and the two laugh as it floats away, leaving a trail of blood behind in the water.

“Good luck trying to swim, you punk,” one of the men says, per a translation provided by RUV.

The clip also appears to show the men briefly turning the camera on themselves, showing them laughing during the incident.

Christel Ýr Johansen, the Facebook user who shared the fishermen’s video after it was deleted, further claims that the man who posted it turned off the comments because “no one would agree” with his actions. She also asked her followers to distribute the video “at will” to bring attention to the incident.

Commenters have since shared their disgust with the fishermen, with many calling for their arrest.

“They should be sentenced for this,” one user wrote in response to Johansen’s post.

“Let’s cut one of your feet to bleed out and watch. I am gonna laugh,” another one of the commenters suggested.

“Aquaman” star Jason Momoa, too, chimed in on Instagram, saying he’s never “seen something so cruel.”

“It sucks to see that you are probably good men friends providers fathers but you f–ing did this,” Momoa wrote in the caption. “Your life will forever change I have never in my life seen something so cruel. Your laugh makes me furious never have I wanted to hurt a human as much as I did when I heard your laugh and what u said. This will change you and hopefully you will save and protect I pray you find redemption. we all make mistakes but what u did was evil PURE EVIL. You will get what that shark got. F— YOU j.”

The owners of the vessel, the Bíldsey SH 65, have called the incident a “horrendous event” and “completely unjustifiable” in the same statement that they confirmed the crew members’ termination, per a translation from RUV.

The men may also face criminal charges and fines, though there are concerns that their actions may not technically violate animal welfare laws in Iceland regarding wild fish, the outlet reported.