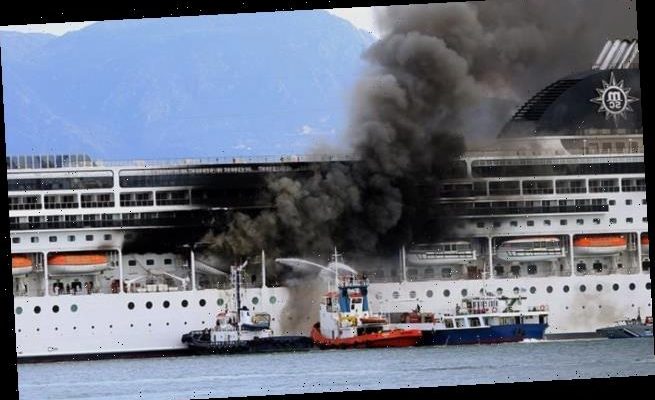 A fire has broken out on board a cruise ship docked off the coast of Corfu.

Videos showed flames and black smoke billowing from the side of the MSC Lirica around 3.30pm local time on Friday.

There were 51 members of the ship’s crew on board at the time the fire started, local news sites reported, but no injuries were reported.

The ship was not carrying any passengers due to Covid shutdowns and had been idle in the port since January 30, Greek news site Kathimerini reported. 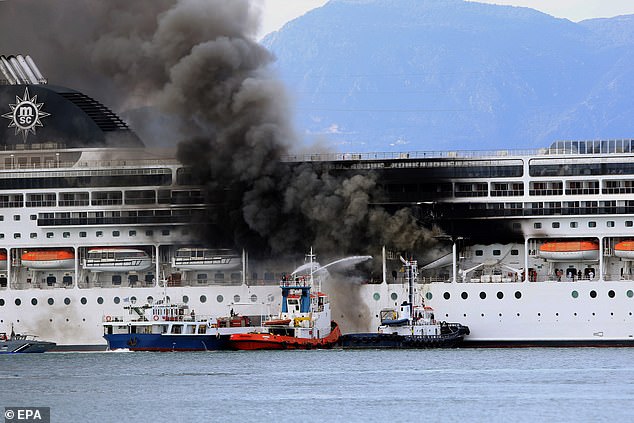 A fire has broken out on board the MSC Lirica as it sat docked off the coast of Corfu on Friday, with smoke billowing from the side of the vessel 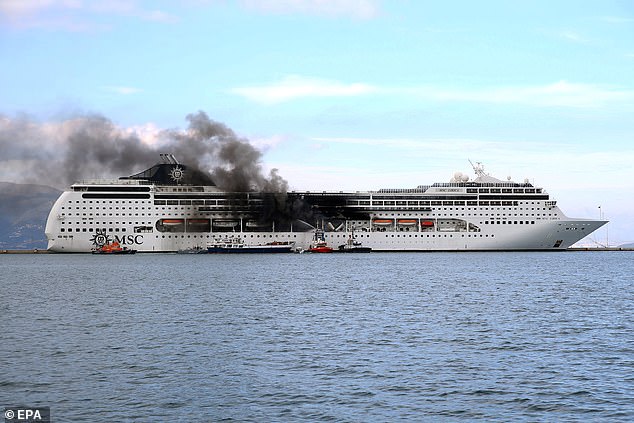 Video showed two lifeboats attached to the side of the ship had caught fire around 3.30pm local time, before firefighting vessels arrived

Footage showed two lifeboats being engulfed by flames as well as smoke streaming from inside the vessel.

Initial reports have suggested that the fire broke out in a passenger cabin, but that information has not been confirmed. It is unclear how the fire started.

Fire crews were called and by around 4.30pm appeared to have brought the blaze under control, though the side of the ship was heavily damaged.

Europe’s cruise industry has been shuttered for months as countries combat the Covid pandemic.