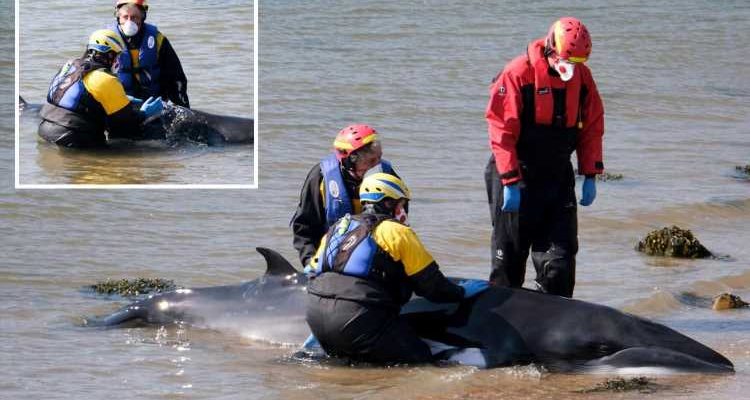 A BABY whale has washed up on a UK beach – sparking a huge mission to save her. 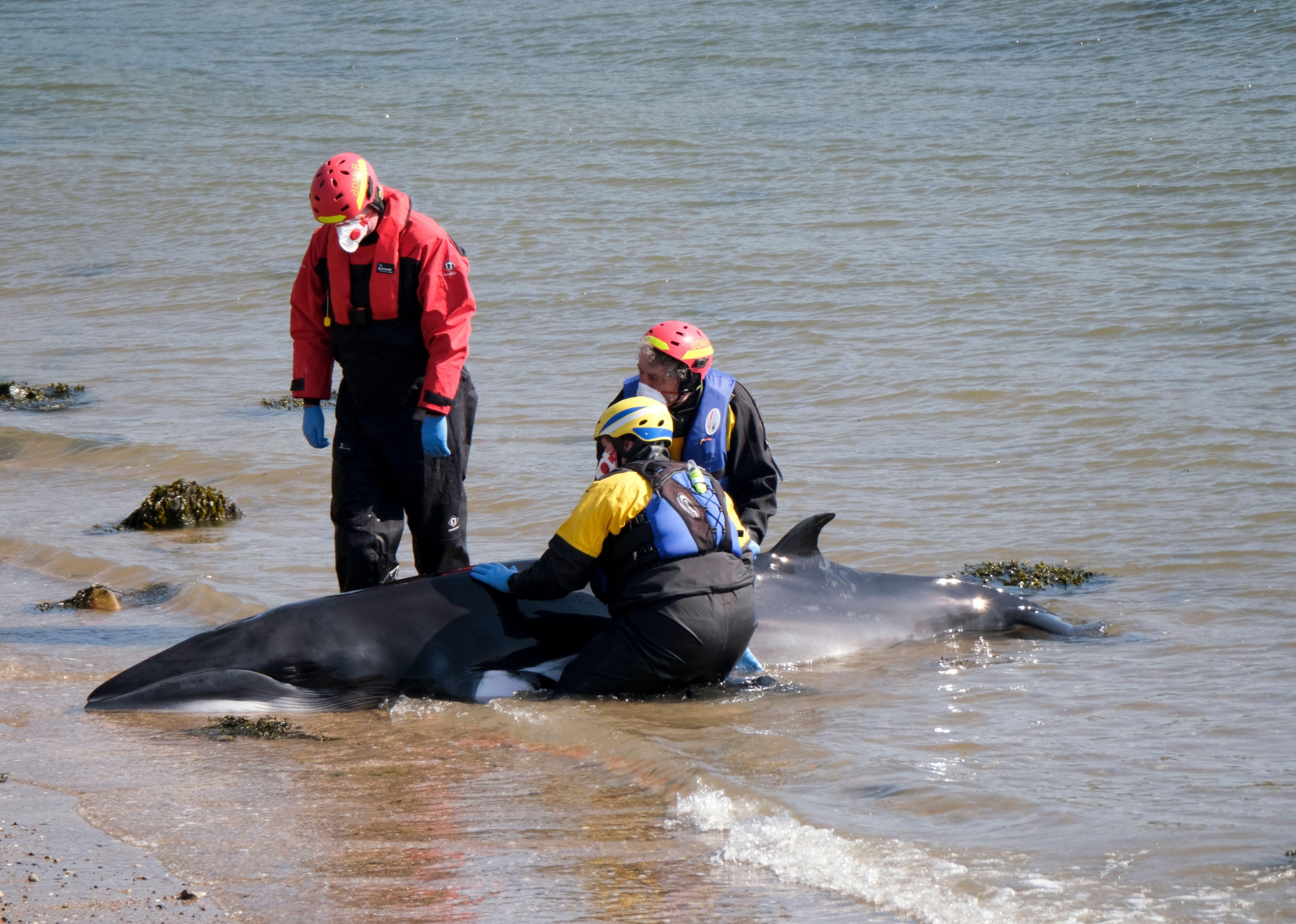 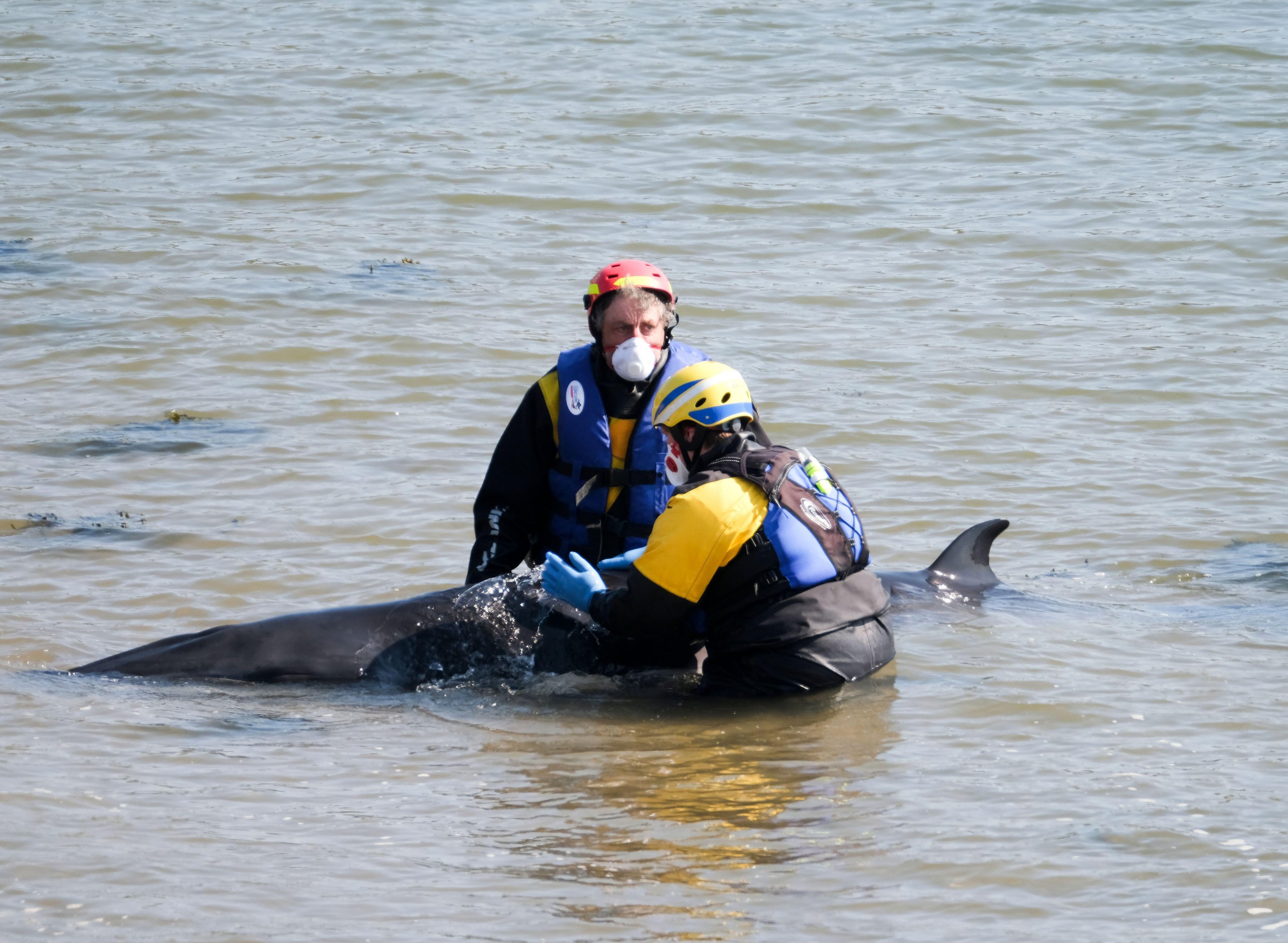 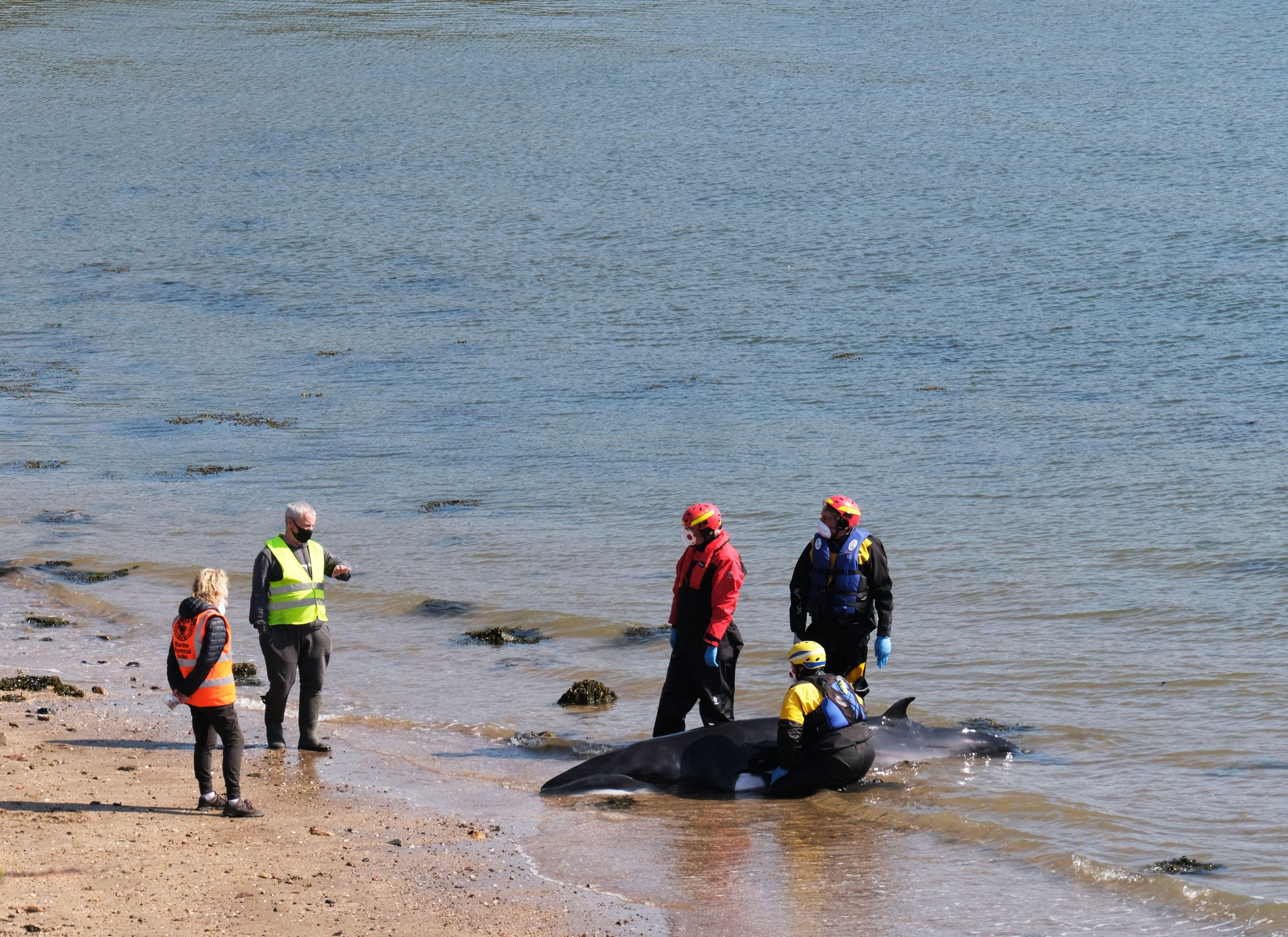 The coastguard, the Scottish Society for the Prevention of Cruelty to Animals and a team of experts from the British Divers Marine Life Rescue have rushed to the coastal spot to help save the one-year-old whale.

The beach has been cordoned off to the public as the team desperately battles to save the animal.

But rescuers have said "there is a real worry" the whale won't survive if the mum doesn't return to the area to be reunited with her baby.

"It’s a concern as the whale is very young indeed, certainly we estimate to be less than a year old which it would be still fully dependent on its mother for milk and security," one of the rescue team told The Courier.

"Spotters are keeping a lookout for the parent whale that we hope is still in the area.

"If it is then we have a good chance, if not then there is a real worry that the baby will not survive." 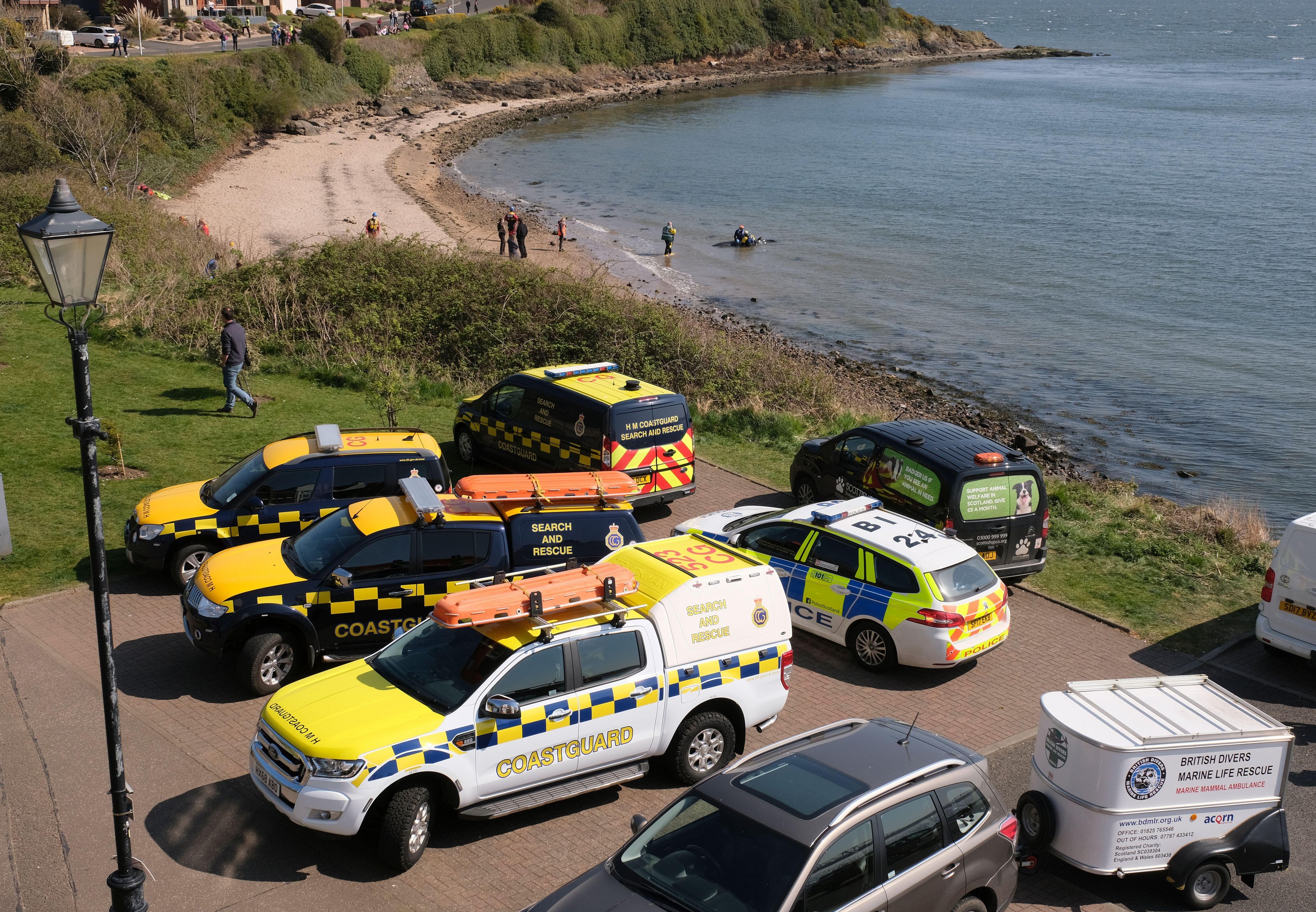 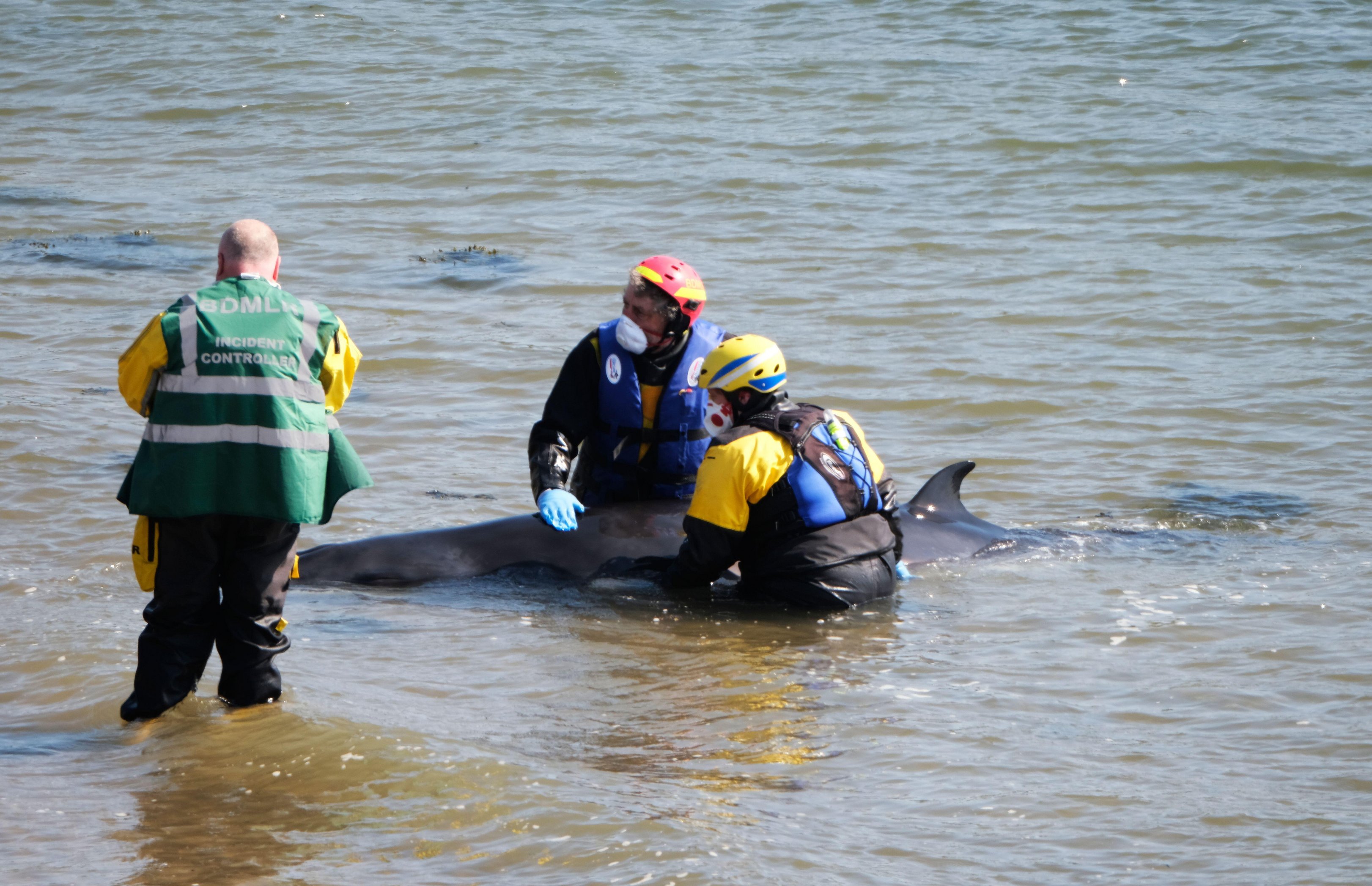 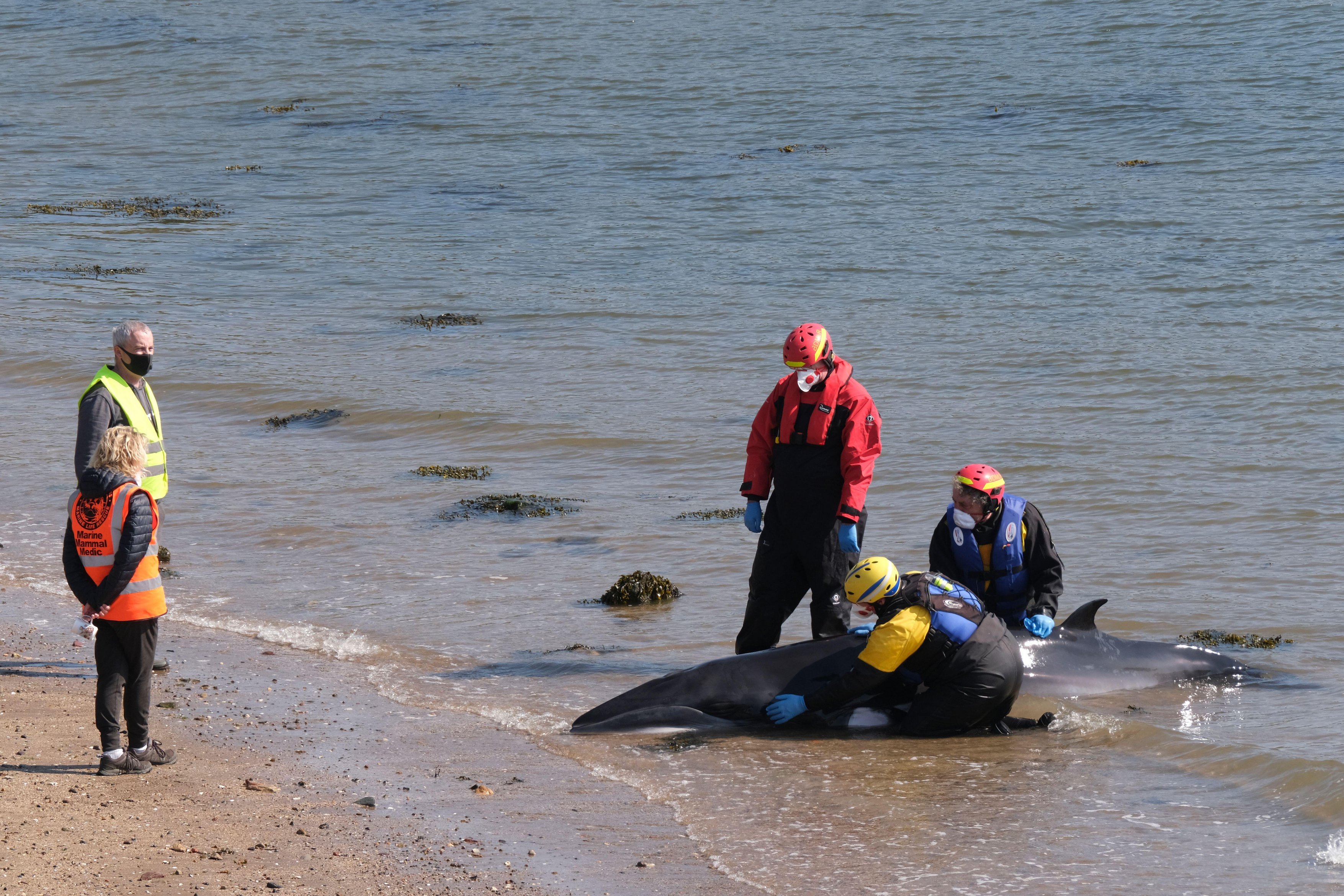 Paul Smith, another member of the rescue team, said: "It’s a female juvenile minke whale which on assessment is showing to be quite weak after being stranded further round the coast.

"We are now holding the whale in shallow water in the hope of it being able to build up its strength.

"We will continue to monitor the condition of the animal in the hope we can re-float but at the moment its looking like it could sadly go either way."

Muriel Buick, a local resident, said the rescuers were trying to coax the whale into deeper water.

"We arrived here at 10.30am and at that time you could still get onto the beach and the whale was half in the water and half on the sand," Buick told The Courier.

"Rescuers were measuring ans assessing it and a number of volunteers were helping to slowly coax the animal back into deeper water.

"Volunteers remained either side of it trying to get it to swim back out into the Forth but it continued to remain in water that was only waist height.

"We just hope that all the effort by everyone can get the whale back out to safety."