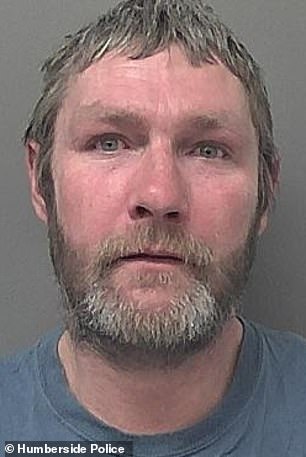 Matthew MacNamara, 43, has been jailed for repeatedly begging aggressively, claiming he was homeless when he had a flat to live in

An aggressive beggar who pretended to be homeless while living in a flat nearby has been jailed for repeatedly harassing members of the public.

Matthew MacNamara lived in a terraced street in Hull but went into the city centre most days and claimed to be homeless while sitting under a blanket, often drinking Lambrini.

The 43-year-old became such a menace to locals that he was hit with a Criminal Behaviour Order, similar to an Asbo, preventing him from harassing people in the city.

But he ignored the court order, continuing to harangue shoppers on the city’s Holderness Road, prompting police to take action and him to be jailed for 24 weeks.

MacNamara has previously claimed he drinks up to 20 bottles of Lambrini a day and once sold the drug Spice, which he says is ‘cheap as chips’.

He even outraged locals by telling them not to buy him food, but instead give him money to spend on booze.

But police became sick of dealing with his aggressive begging and applied for a Criminal Behaviour Order (CBO) to tackle the problems he caused. 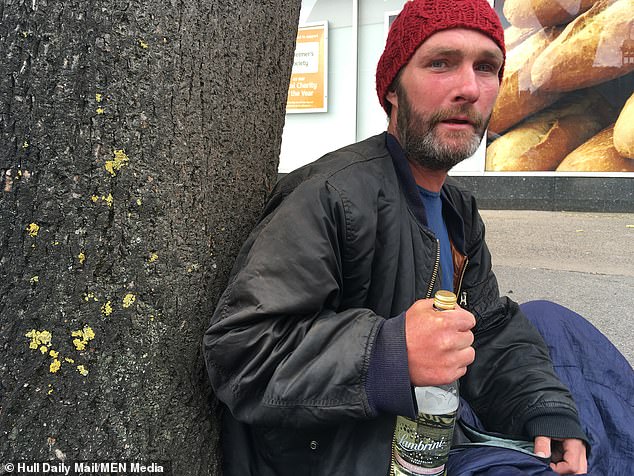 Matthew MacNamara (pictured) lived in a terraced street in Hull but went into the city centre most days and claimed to be homeless while sitting under a blanket, often drinking Lambrini

Community beat manager PC Darren Kirkwood said: ‘This man was not homeless. He’d been living in a flat and coming out onto the streets, covering himself in a blanket or sleeping bag and pretending he was homeless to get money.

‘Not only was he preying on the sympathies of the public, but he was being aggressive and threatening while he was ‘begging’. He was often drunk at the same time.’

PC Kirkwood added: ‘Matthew MacNamara had been a thorn in the side of people in the Holderness Road area and we had a lot of reports and complaints about him. We acted on that information and he was warned and given a chance to change his ways with a CBO. He ignored it and has ended up in prison.

‘This is a good example of our work against antisocial behaviour (ASB) in Hull. As we have said it is not just a matter for the police to tackle alone.

‘I would always advise people to avoid giving money directly to individuals, when there are local charities and organisations best placed to provide relevant support.

‘We are however committed to helping anyone who find themselves falling on hard times. Officers work tirelessly with vulnerable members of the community to get them the help they need.

‘We will continue to seek the most appropriate course of action such as CBOs for those to who refuse to engage with us and continue to act in an anti-social manner – like Matthew MacNamara.’ 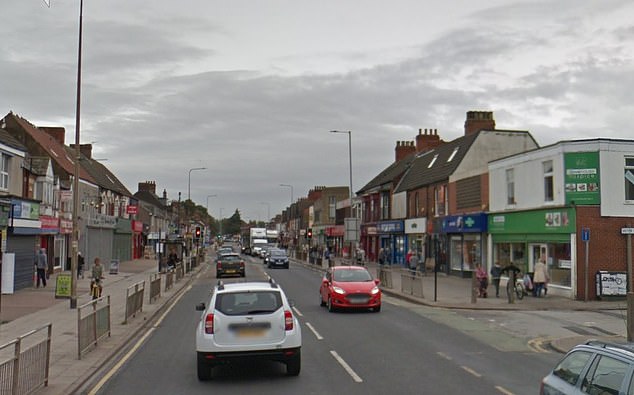