Security camera footage shows a two-storey building smash onto the pavement just seconds after two people walk past it.

Shocking footage shows the facade of the store crumble onto the ground, missing two passing pedestrians by seconds.

Conveniently, firefighters returning to their station following a call-out were passing by the building and stopped to help close down the area. 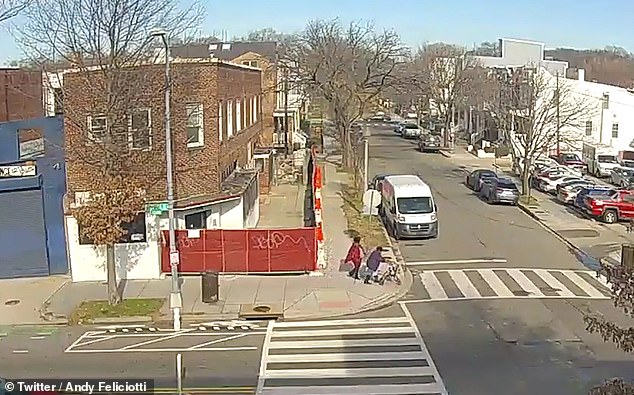 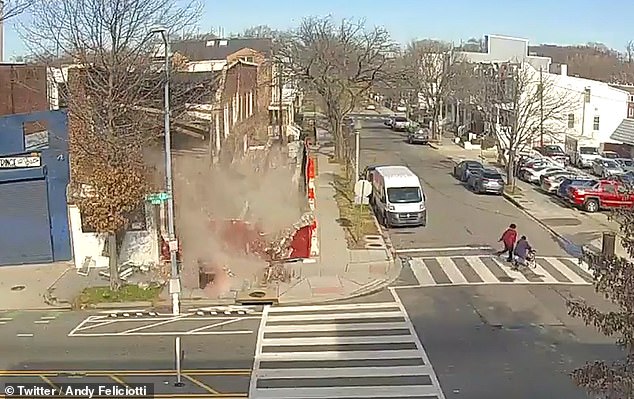 The two women run away as the building starts to crumble on the ground. Debris is sent flying across the pavement as the bricks come crashing down

The firefighters immediately hop out of their vehicle to warn others of the danger and make the area around the collapse safe.

The District fire department said on its Twitter page that one person was injured in the collapse after they were hit by falling debris from the building.

The video was captured by Andy Feliciotti, who lives across the street.

He shared the footage on his Twitter account saying: ‘Well this is kind of crazy, my security camera picked up a building randomly collapsing today.

‘The people on the street were walking on the spot 10 seconds earlier.’ 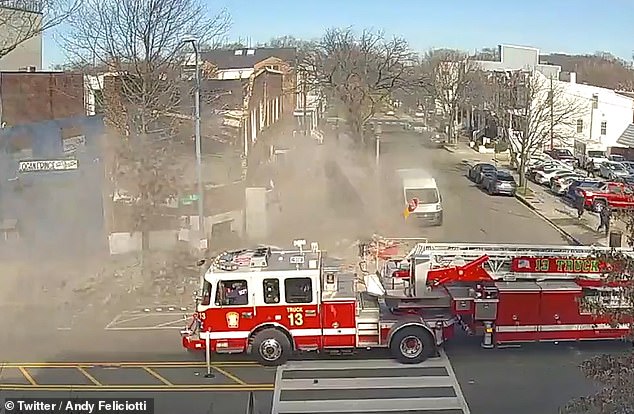 Conveniently, firefighters on their way back from a call were passing by the building moments after it collapsed. The crew exited their vehicle and made the area safe

The Instagrammer and YouTuber later shared pictures of the sidewalk being cleared on rubble.

Dozens have commented on his footage, including several who joked about how quickly the fire department arrived.

One said: ‘Wow that fire truck was there in record time.’ While another added: ‘Boy the fire department is on the ball.’