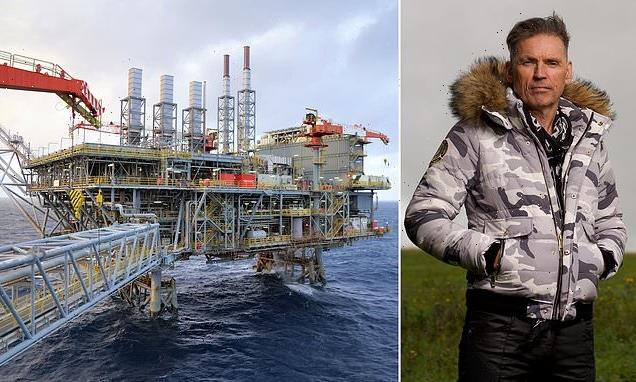 EXCLUSIVE Energy boss’s plan to save YOU £1,000 off your bills: Multimillionaire tycoon says government can slash gas and electricity prices in a moment if they target North Sea producers’ record profits

An energy boss has called for a price cap on North Sea oil and gas producers, which he said could save British households £1,000 a month as households buckle under the strain of rising energy bills.

Mr Vince said the ‘exceptional’ cost of living crisis would need a similar response from the government as the Covid-19 pandemic to help families through the winter, as hundreds of thousands face being pushed into poverty.

Ofgem announced yesterday the energy price cap for an average household would increase to £3,549 a year from October.

Mr Vince argued that to address the crisis, a limit should be set on the profits made by oil and gas producers in the UK North Sea – as there is on energy retailers, whose profits are capped at two per cent. 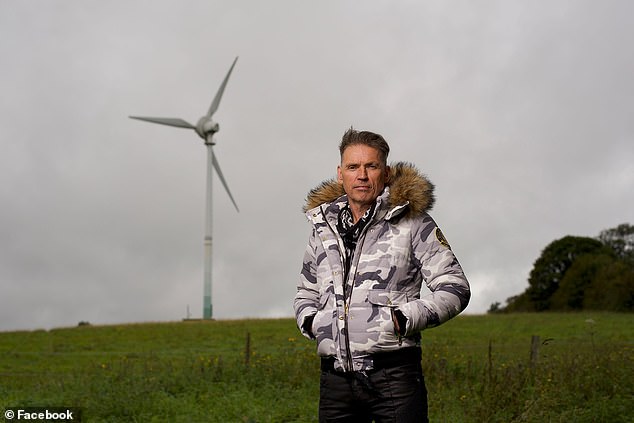 Dale Vince, 60, founder of green energy company Ecotricity said the government needed to take urgent action to tackle energy bills, and that the price cap was the best way to help out families

His comments come as Harbour Energy, the biggest North Sea oil and gas producer, saw its profits increase by twentyfold this year from £102 million to an astonishing £1.3 billion as energy prices soar.

Mr Vince told MailOnline: ‘We have a price cap in [energy] retail sales to homes, we don’t have one on wholesale. We’ve done half a job, which causes lopsided problems.

‘It’s simple in retail: energy companies are allowed to make two per cent profit, set by Ofgem. So you can have two per cent top of that for wholesale.

‘Currently we let those guys sell it to us at global commodity prices set by the international market – that doesn’t make any sense to me.

‘The government made a late and halfhearted attempt at a windfall tax on profits which will make next to no difference. 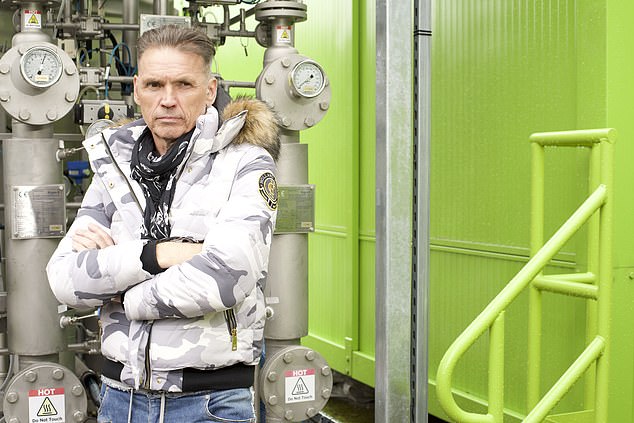 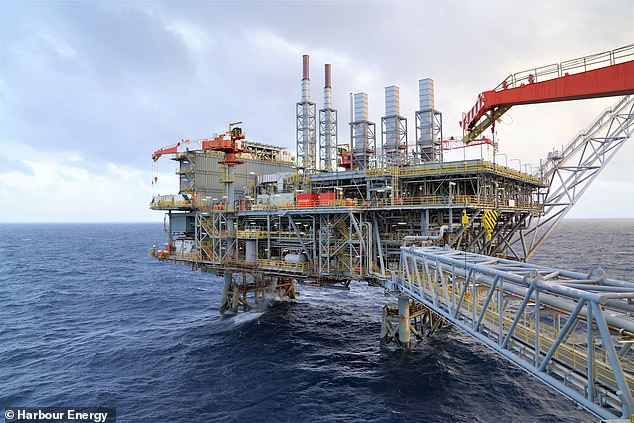 Harbour Energy, the biggest North Sea oil and gas producer, saw its profits increase by twentyfold this year from £102 million to an astonishing £1.3 billion as energy prices soar

‘Put it in and you take the problem away.

‘It’s not just homes being affected, it’s small businesses – they can’t afford to pay their bills

‘The government have to see it like the pandemic – an exceptional event.’

Mr Vince estimated the amount saved by British households if the price cap was brought in would be £28 billion in total.

Who is Dale Vince?

Dale Vince, 60, is the founder of renewable company Ecotricity and self-made millionaire

Once a penniless New Age traveler, Mr Vince first garnered attention when he won a battle to build his first wind turbine in Gloucestershire in 1996

Estimated to be worth £100 million, he is the owner of League One football team Forest Green Rovers

The club became the first ever vegan football team in 2017

He said in April he would start the sale Ecotricity to fund a campaign in the next election, which he called ‘the most important of my lifetime’

Mr Vince has not declared for any political party, but he has donated to both Labour and the Greens in the past

He added that because the cost of all other energy sources is tied to gas, a profit limit on the North Sea industry would have a major impact.

He said: ‘In terms of solving the problem without throwing public money at it, it’s the biggest single thing bar none.

‘You don’t need a tax for it and it could take £30 billion off energy bills.’

‘A lot of people can’t pay for it, so the solutions are either public money or changing the system.

’40 percent of our electricity comes from gas, but [gas prices] set the price for nuclear, coal and renewables – every other kind of energy we pay for.

‘That could half the electricity bill if we did that, and half gas bills.’

Oil and gas manufacturers have strongly opposed increased taxes, but the government u-turned to introduce a windfall tax in May to levy money from the industry as profits boom.

Liz Truss, likely Britain’s next Prime Minister, has repeatedly said she wants to cut taxes, and wants to ‘maximise’ oil and gas production, although output in the North Sea peaked 20 years ago.

Soaring energy prices are partly the result of Russia’s invasion of Ukraine, which has caused energy company profits to soar.

There are concerns they could rise to over £5,000 next year

Boris Johnson said yesterday his successor will ‘plainly’ have to help families out with paying their bills this winter.

He said cash handouts are: ‘Clearly going to be augmented, increased, by extra cash that the government is plainly going to be announcing in September.’

He added: ‘What I don’t think what we should be doing is capping things for absolutely everybody, the richest households in the country.

And it will be tough – and I’d be very clear about that – but in the end, we are also putting in the measures we need to ensure that we have the energy independence to get through this.’

Charities have warned lives could be at risk this winter after the latest price hike, as the cost of heating homes is pushed beyond the reach of many.

Chancellor Nadhim Zahawi went as far as to suggest people should cut down on energy usage this winter.

He said: ‘The reality is that we should all look at our energy consumption. It is a difficult time. There is war on our continent’

He added the government ‘know we need to do more’ and said ‘more help is on its way’.

1) The government has to intervene to protect people from these madly high energy bills. It will cost some £40 billion to do it this winter, just 10 per cent of pandemic spending. The government has to recognise that the energy price crisis is an exceptional event like the pandemic and increase borrowing to protect millions of people from the consequences. Not doing so will be a false economy

2) Price cap North Sea gas and ban exports. Allow the same two per cent profit margin that OFGEM allows energy retailers – and fix the price. Half our gas comes from the North Sea (or could) and that will take away half the price rise problem. It will also stop windfall profits before they occur – leaving no need for proper windfall tax, which government clearly has no appetite for

4) Launch a proper public information campaign, helping people to save energy. For example, changing the flow temperature on a gas boiler can reduce consumption by 10 per cent with no temperature reduction. The government needs to share this vital information to help people use less energy

5) Beyond this winter and these immediate moves – a national energy efficiency programme is urgently needed. We can knock maybe 30 per cent of our energy bills permanently this way

6) Unshackle onshore wind and solar – the fastest, cleanest and the cheapest form of new energy available to us bar none. And they need no public money – it’s a free option the government could take

7) We need a green energy sprint. From the 50 per cent green electricity we have on the grid now – to 100 per cent. We could do it in 10 years easily enough or five if we deal with it as a national emergency

8) Replace fossil gas with green grass. We have the potential to make all the gas we need from grass – and create 160,000 jobs in the rural economy (providing a transition for farmers) with a big biodiversity boost. We can keep the gas grid we have and the gas appliances, just change the gas we put into it