The UK, Germany, Spain and other countries are being called on to adopt a four-day week to help their economies recover from the coronavirus pandemic.

An international coalition of politicians, trade union leaders, business chiefs and campaigners has written to politicians across Europe urging them to demand the measure.

It states that ‘for the advancement of civilisation and the good society, now is the moment to seize the opportunity and move towards shorter working hours with no loss of pay.’ 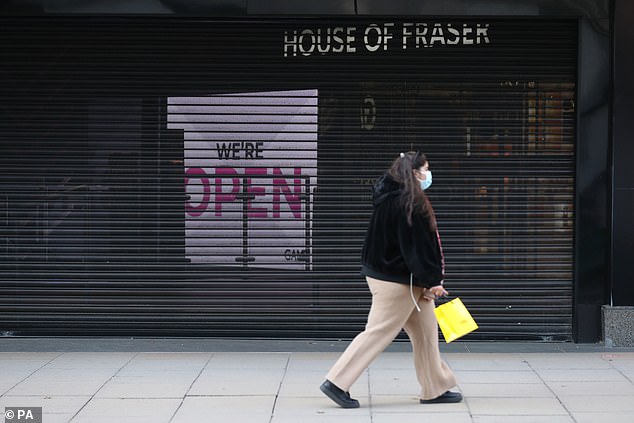 An international coalition of politicians, trade union leaders, business chiefs and campaigners have sent a letter to governments urging them to introduce a four-day working week to resolve some of the economic damage wrought by the coronavirus pandemic. Pictured: Shuttered shops in London during a second lockdown in England intended to curb the spread of COVID-19

The letter also highlighted historical instances of working hours being reduced during times of crisis including the creation of the weekend and the eight-hour working day after the Great Depression.

It argued that a shorter working week would not only boost wellbeing but could contribute to tackling climate change.

Signatories include the Valencian government – who recently backed a four-day week and Andrew Barnes, founder of Perpetual Guardian in New Zealand, which is one of the world’s largest companies operating on a four-day week.

Among the UK signatories are Len McCluskey, general secretary of the Unite union, and former shadow chancellor John McDonnell.

McDonnell had vowed to cut working hours with no loss of pay during his time in the shadow cabinet.

In July, a poll by Survation found that almost two thirds of Brits wanted Johnson to explore the possibility of a four-day working week after the pandemic.

The concept of a shorter working week has become increasingly attractive in recent years thanks to reported benefits of a small but growing number of companies which have already adopted a four-day week and say it has increased productivity and improved employees’ mental health, The Guardian reported.

However not everyone is drawn to the idea with some economists arguing that working fewer hours would decrease the standard of living and the Confederation of British Industry coming out against a four-day week last year. 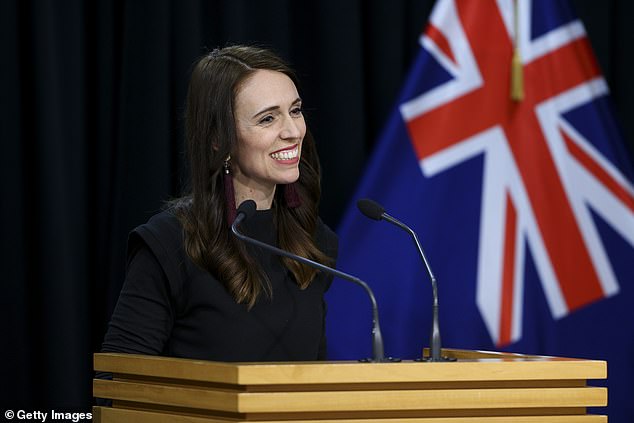 ‘The Covid-19 pandemic has thrown the world of work up in the air offering a much needed opportunity to rethink how we work,’ he said.

‘The four day working week has hit the mainstream and it’s now up to governments, business leaders and trade unions to work together to make it a reality.’

New Zealand Prime Minister Jacinda Ardern has voiced support for a four-day working week, the letter said, adding that the Scottish and Welsh governments have also set up commissions to explore the idea.

Meanwhile successful trials have already been run in Finland and Iceland, according to the letter.