The Prime Minister of Eswatini has become the first world leader to die of Covid-19, two weeks after he was rushed to hospital in South Africa.

Ambrose Dlamini, 52, tested positive for the disease in mid-November but was said to be feeling well and was asymptomatic.

But his condition deteriorated and he was taken from the landlocked nation, formerly known as Swaziland, to a hospital in neighbouring South Africa.

‘Their Majesties have commanded that I inform the nation of the sad and untimely passing away of His Excellency the Prime Minister Ambrose Mandvulo Dlamini,’ Deputy Prime Minister Themba Masuku said. 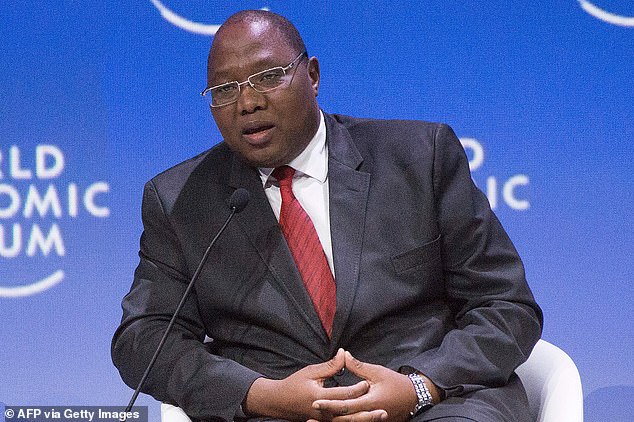 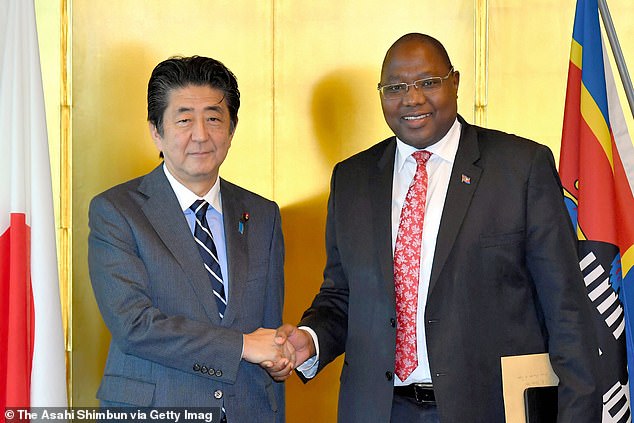 The prime minister ‘passed on this afternoon while under medical care in a hospital in South Africa,’ he added.

Born in Mbekelweni in 1968, Dlamini was great grandson of Prince Malunge, uncle to the country’s longest-reigning monarch King Sobhuza II.

The married father-of-three studied at Hampton University in Virginia in the US before working in the banking industry for more than 18 years.

He was the managing director of Eswatini Nedbank Limited before being appointed as prime minister in November 2018.

He had no previous experience in government and was the youngest PM in the country’s history.

The head of government’s role is limited in Eswatini where King Mswati III, in power since 1986, names all ministers and controls parliament.

Formerly known as Swaziland, the kingdom of Eswatini has reported over 6,700 coronavirus cases and 127 deaths among its population of 1.2 million people.

A South Africa-based civil society group, the Swaziland Solidarity Network (SSN), had accused the government of giving the prime minister special treatment by moving him to a country with better healthcare.

More than 39 percent of the tiny country’s 1.2 million population lived below the poverty line in 2016 and 2017, according to the World Bank.

Eswatini has recorded 6,768 cases of coronavirus, with 127 confirmed deaths, according to the health ministry.

The US president, who famously referred to the virus as a hoax, caught the disease at the height of the presidential campaign in October.

The 74-year-old was admitted to hospital but made a rapid recovery to get back out on the campaign trail.

The 65-year-old Brazilian president had played down the seriousness of the virus, calling it a ‘little flu, but caught the disease in July.

The British Prime Minister, 56, was among world leaders the worst afflicted by coronavirus.

Mr Johnson was rushed to intensive care in April at the height of the pandemic in Europe.

Such was the severity of his illness that preparations were made should he die.

The 62-year-old head of state caught coronavirus in March and medics gave him the all clear at the start of April.

The Russian Prime Minister caught the virus in April. Mishustin, 54, was forced to hand powers over to his colleagues while recovering from the disease.