Environmentalist blasts Chronicles of Narnia author C.S. Lewis for ‘mis-educating’ the public with Mr and Mrs Beaver’s fish suppers because the animals actually only eat plants

Anyone who has read the Narnia chronicles will remember Mr and Mrs Beaver.

The cheery duo are renowned for their stories, home comforts and – most importantly – fish suppers.

But a beaver expert has criticized C.S. Lewis for ‘mis-educating’ the public on what the furry animals eat – saying he was ‘wrong’ to write that their diet includes fish.

Ben Goldfarb, an environmental journalist who has released a book about the ‘surprising life’ of beavers, made the accusation during the last weekend at the Hay Festival in Wales. 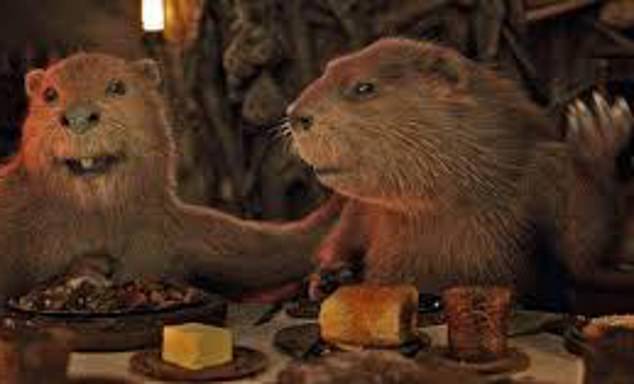 A beaver expert has criticized C.S. Lewis for ‘mis-educating’ the public on what the furry animals eat – saying he was ‘wrong’ to write that their diet includes fish

He said the author has done the animals a disservice, as anglers strongly opposed rewilding plans over fears that beavers would eat all their fish.

‘Beavers are totally herbivorous,’ he said. ‘You guys have all read the Chronicles of Narnia at some point.

‘There’s Mr and Mrs Beaver in Narnia who are pescatarian. That is biologically inaccurate. He totally blew that one, they’re totally herbivorous.

‘That’s one of the funny things about beaver reproduction in the UK – every British schoolchild reads Narnia and they grow up thinking that beavers are going to eat all the fish. 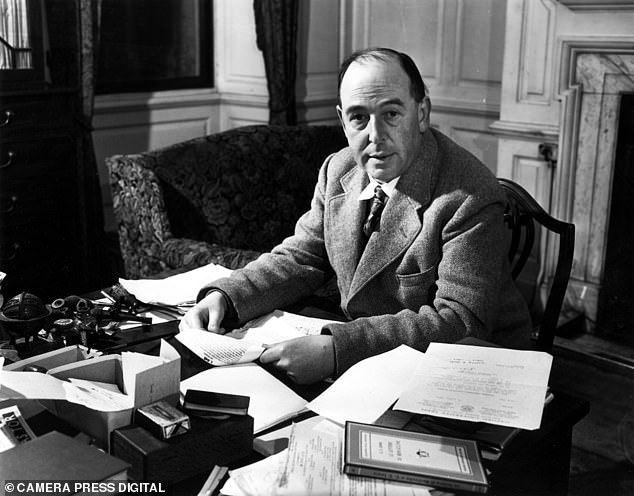 C.S. Lewis (pictured) wrote the Chronicles of Narnia series throughout the 1950s

‘So at least when [the idea of] beaver reproduction here was first floated, angling groups were among the strongest opponents because they’ve been mis-educated by C.S. Lewis.’

He explained that instead of fish, beavers eat a range of tree species and even grass on occasion.

He said: ‘They are what scientists call ‘choosy generalists’. That means they have a few species of tree that they most like and that’s willow and the whole poplar family – birch, aspen, cottonwood. So those are their favourite species.

‘They tend to avoid conifers or evergreen trees. But they’ll also eat lots of green, herbaceous stuff. I’ve seen them basically mow people’s lawns for them. They eat grass quite happily, so they are totally vegetarian but they have really remarkably diverse diets.

‘If you take away one thing from this it’s that beavers don’t eat fish. C.S. Lewis was wrong.’

In the Narnia books, Mr and Mrs Beaver take in the four children – Peter, Susan, Edmund and Lucy – after their friend Mr Tumnus is kidnapped.

They follow Mr Beaver to his dam – a cosy home with tidy bunk beds and walls hung with onions, hams and all manner of fishing paraphernalia.

Mrs Beaver greets the group, saying: ‘So you’ve come at last! The potatoes are boiling and the kettle’s singing and I daresay, Mr Beaver, you’ll get us some fish.’

Mr Beaver takes Peter out to visit a little hole in the ice, where he ‘whisked out beautiful trout’ until they had a ‘fine catch of fish’.

The group settle down to a meal of boiled potatoes and pan-fried trout – which Mr Goldfarb denounced as ‘biologically inaccurate’.

During the talk he agreed that book’s famous wardrobe, which leads to another world, is also ‘biologically inaccurate’.