The Eiffel Tower was evacuated of all visitors and then shut down today after a man was spotted climbing up the Paris landmark.

Police and other emergency workers including firefighters in the French capital were immediately scrambled to the 900 feet structure, which has just celebrated its 130th anniversary.

A spokesman for the tower said at 4pm on Monday: ‘The Eiffel Tower is currently closed until further notice, because of an unidentified climber. 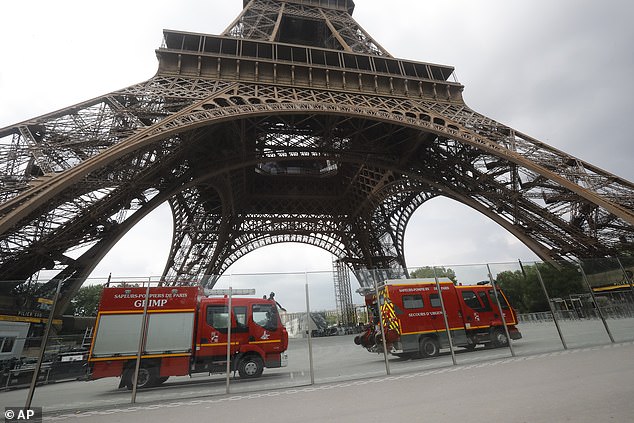 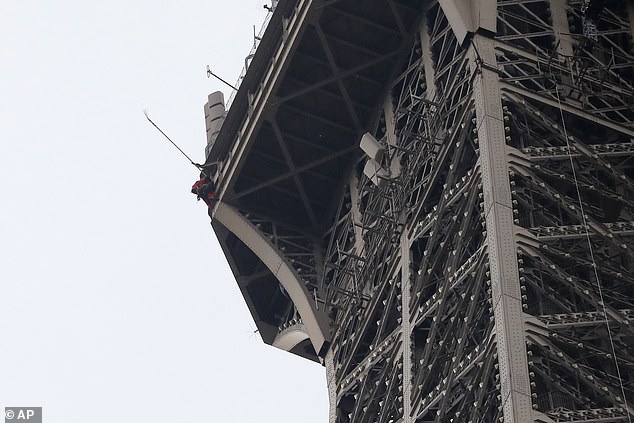 A rescue worker, left in red, climbs from the top of the tower to try and rescue the man from the enormous drop

‘Police are negotiating with the man who is in a very dangerous position. To avoid a long wait, we advise people to postpone their visit.’

Photos posted on social media suggested the man had got around two thirds of the way up the tower.

The esplanade underneath the monument was also evacuated.

Police have made contact with the climber but do not yet know why he began his ascent via the iron beams, a police source told AFP.

In October 2017 the tower was also evacuated after a young man ventured out on one of the beams and threatened to commit suicide, before police were able to convince him to come back.

The so-called ‘Iron Lady’ welcomes more than six million visitors a year, but has been hit by repeated strikes by its 300-strong staff in recent years over issues ranging from pick-pocketing to maintenance work.

It has also been beset with multiple security issues and last last year perimeter defences were placed around the monument to protect against terror threats. 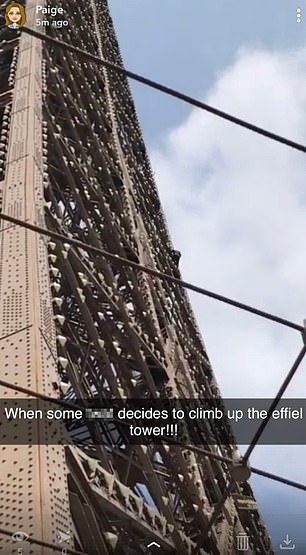 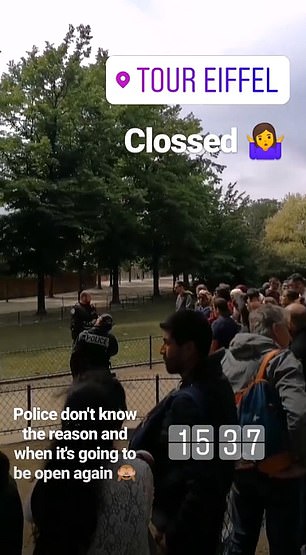 A photo posted on Snapchat (left) appeared to show the man clinging to the side of the tower. Right: Crowds being evacuated from the famous site 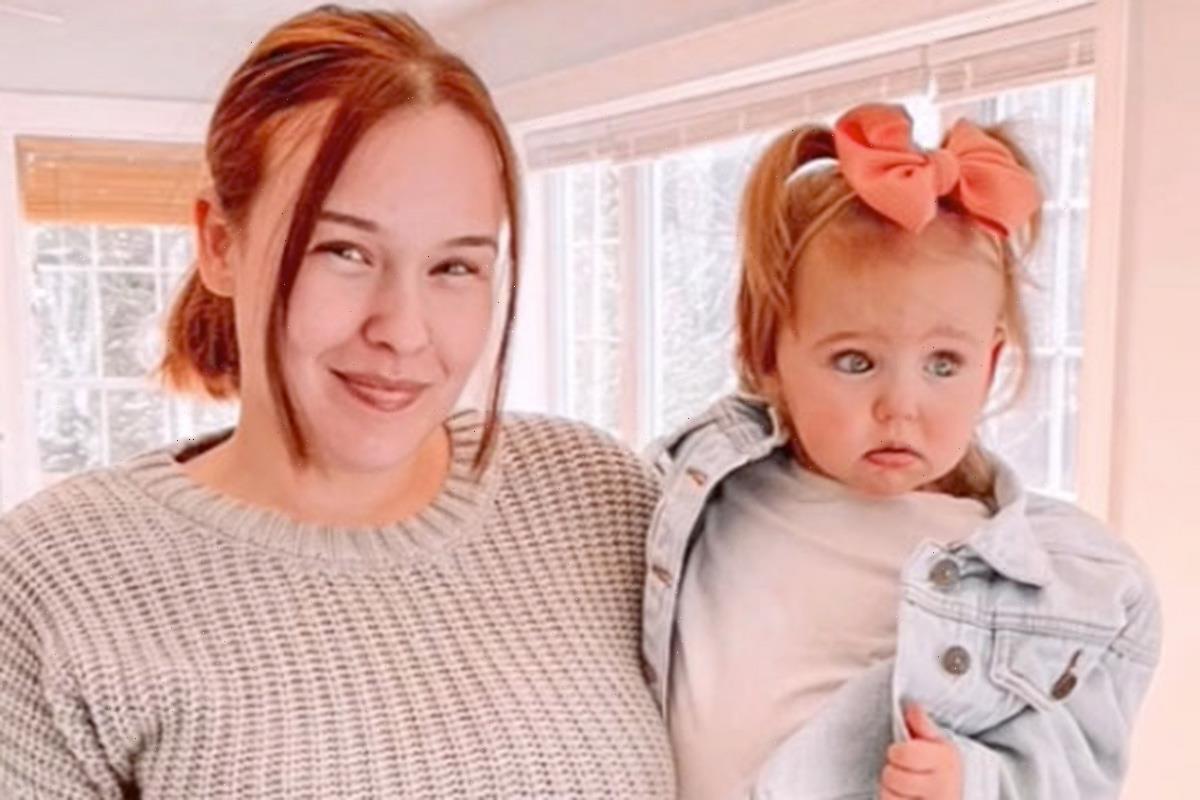