YOU’RE not taking this track and trace thing very seriously, are you?

Yes, regulars at the Nant Inn in Flintshire, North Wales. I’m talking to you. 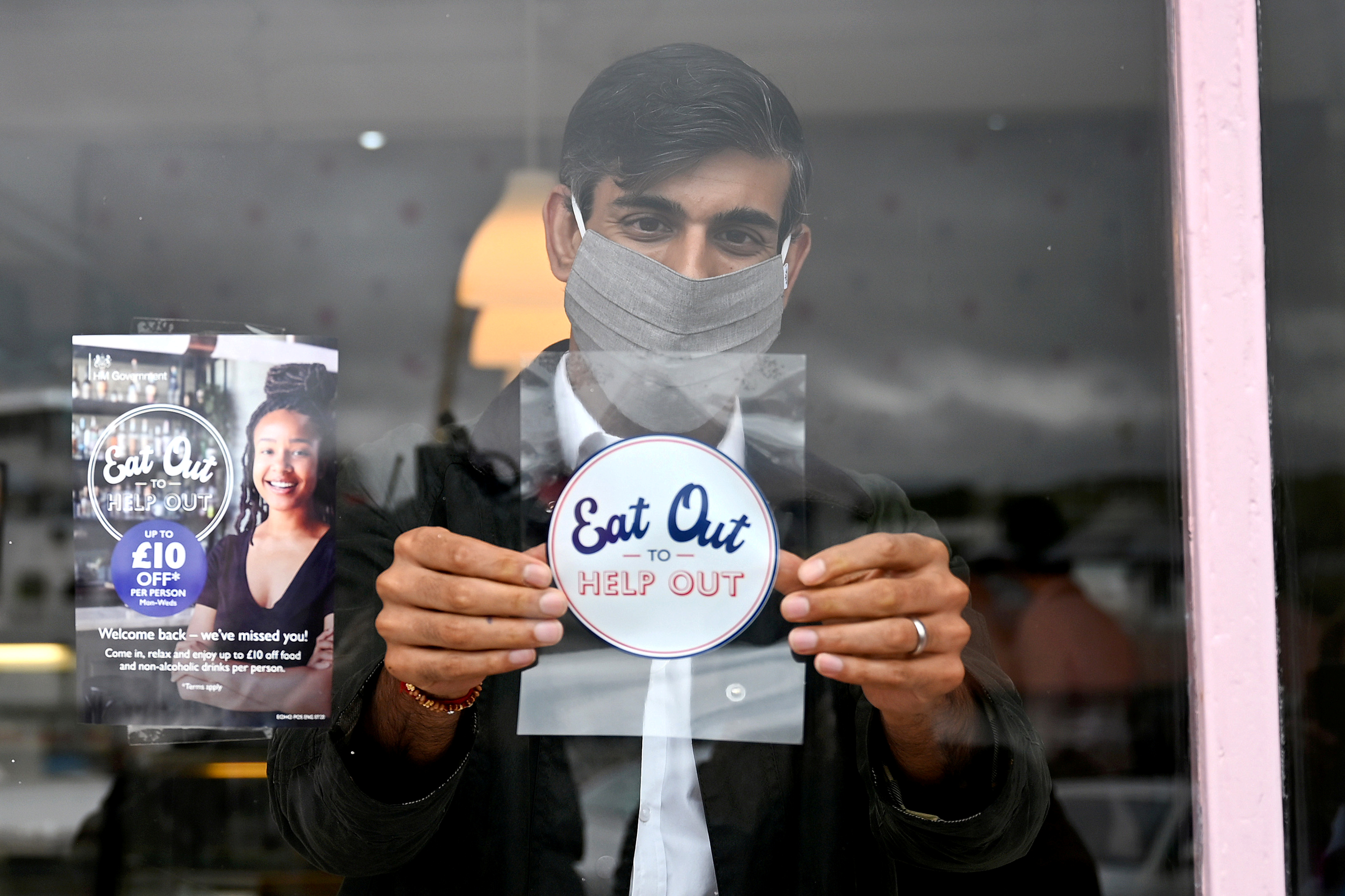 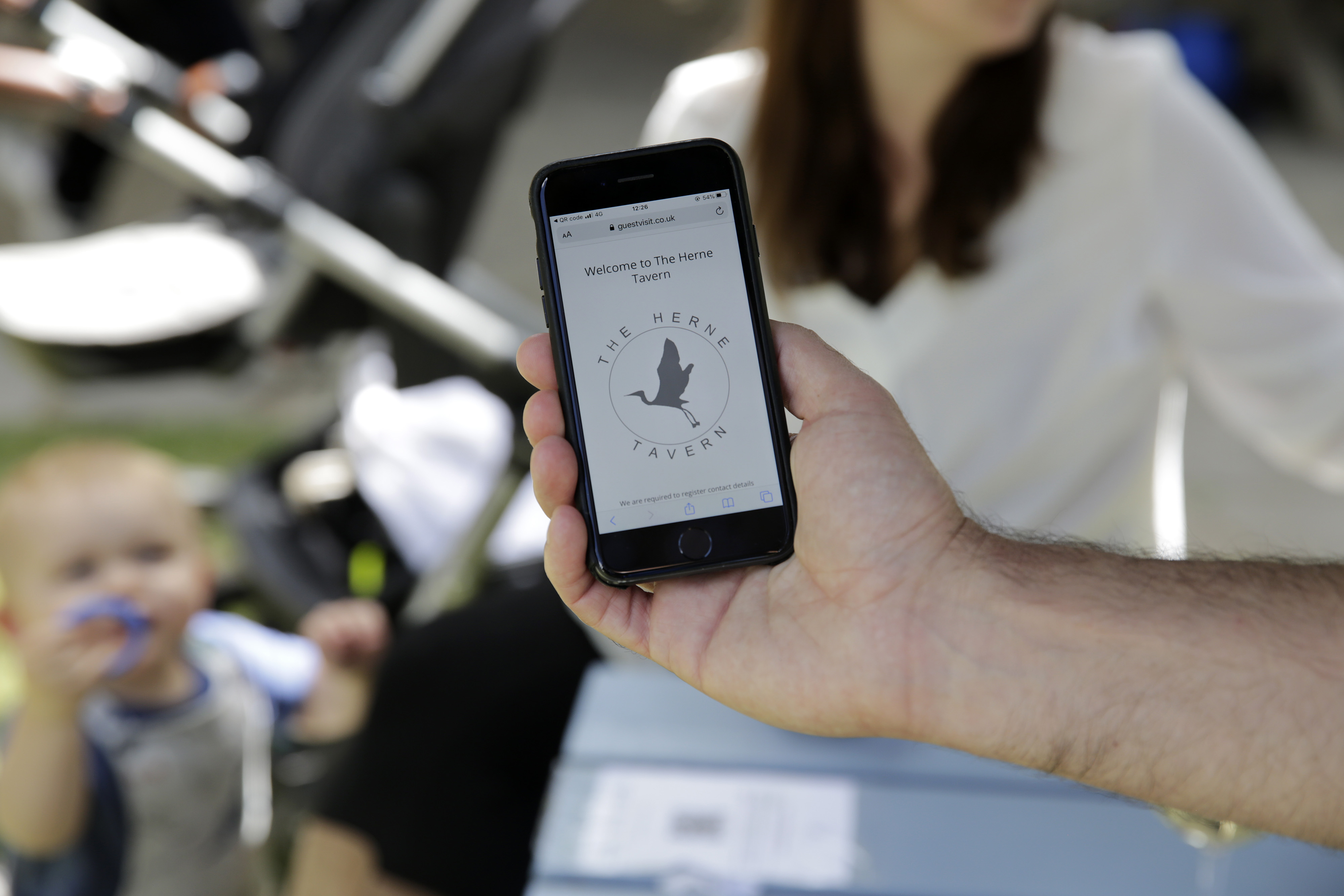 Now, OK — I’d pay to be at THAT dinner party. I bet Adolf and Mickey would end up arguing about Poland or something.

Anyway the pub owners have asked drinkers to start telling the truth. But I don’t think the drinkers give a monkey’s. That’s the problem.

Meanwhile, restaurant owners and staff are rebelling. They’re sick of the Eat Out To Help Out campaign, where the Government pays for half of your nosh.

Some are pulling out of the scheme. They say customers are rude and impatient. And they treat the staff badly.

So far this scheme has cost the taxpayer a staggering £180million. Some 35million meals have been gobbled up half price.

I can’t believe we’re spending money on this. A few weeks ago the Government announced its plan to fight obesity.

Part of this was banning buy-one-get-one-free meals. Now people can get meals half price and instead of the companies paying, it’s the rest of us. 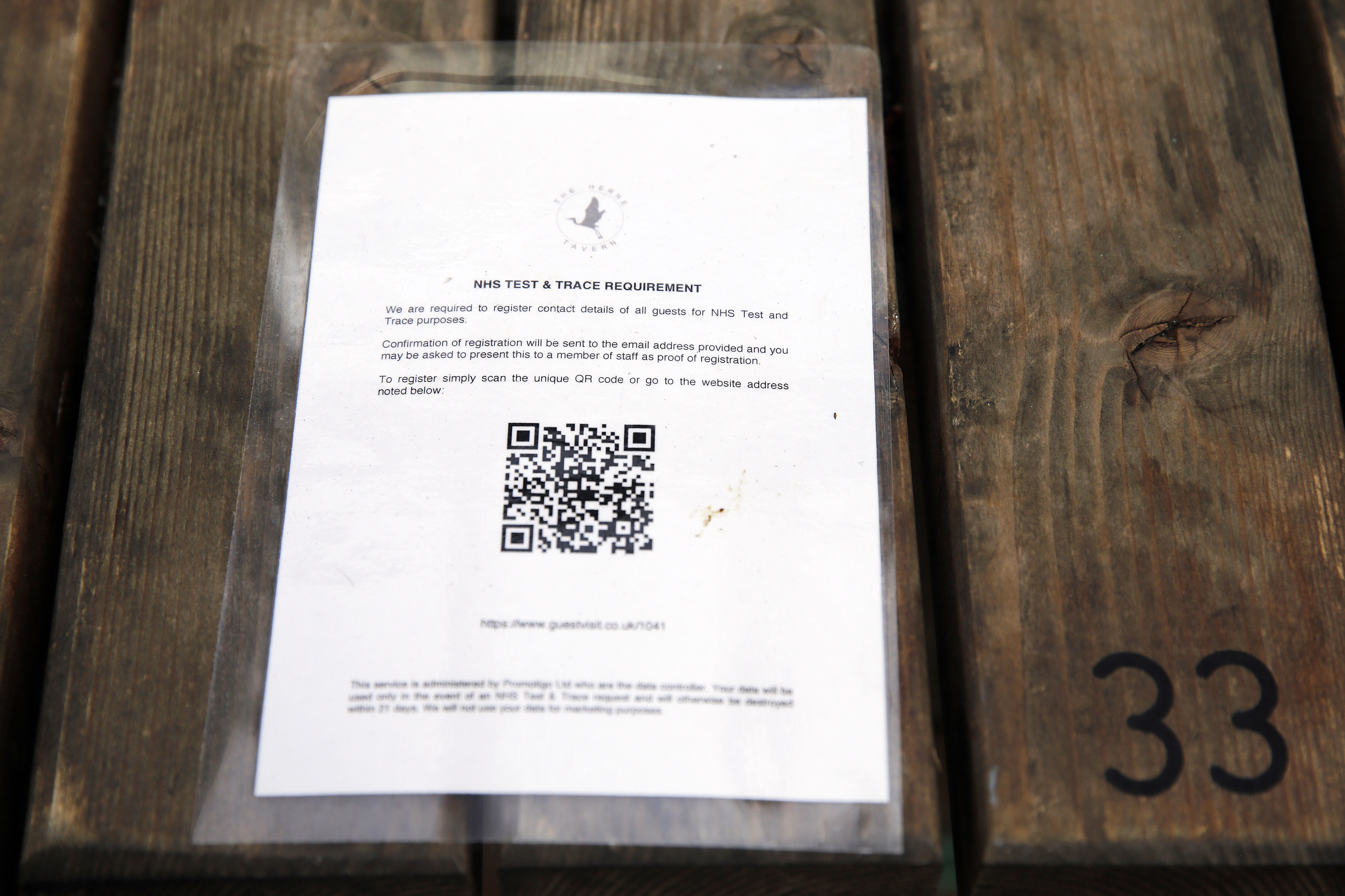 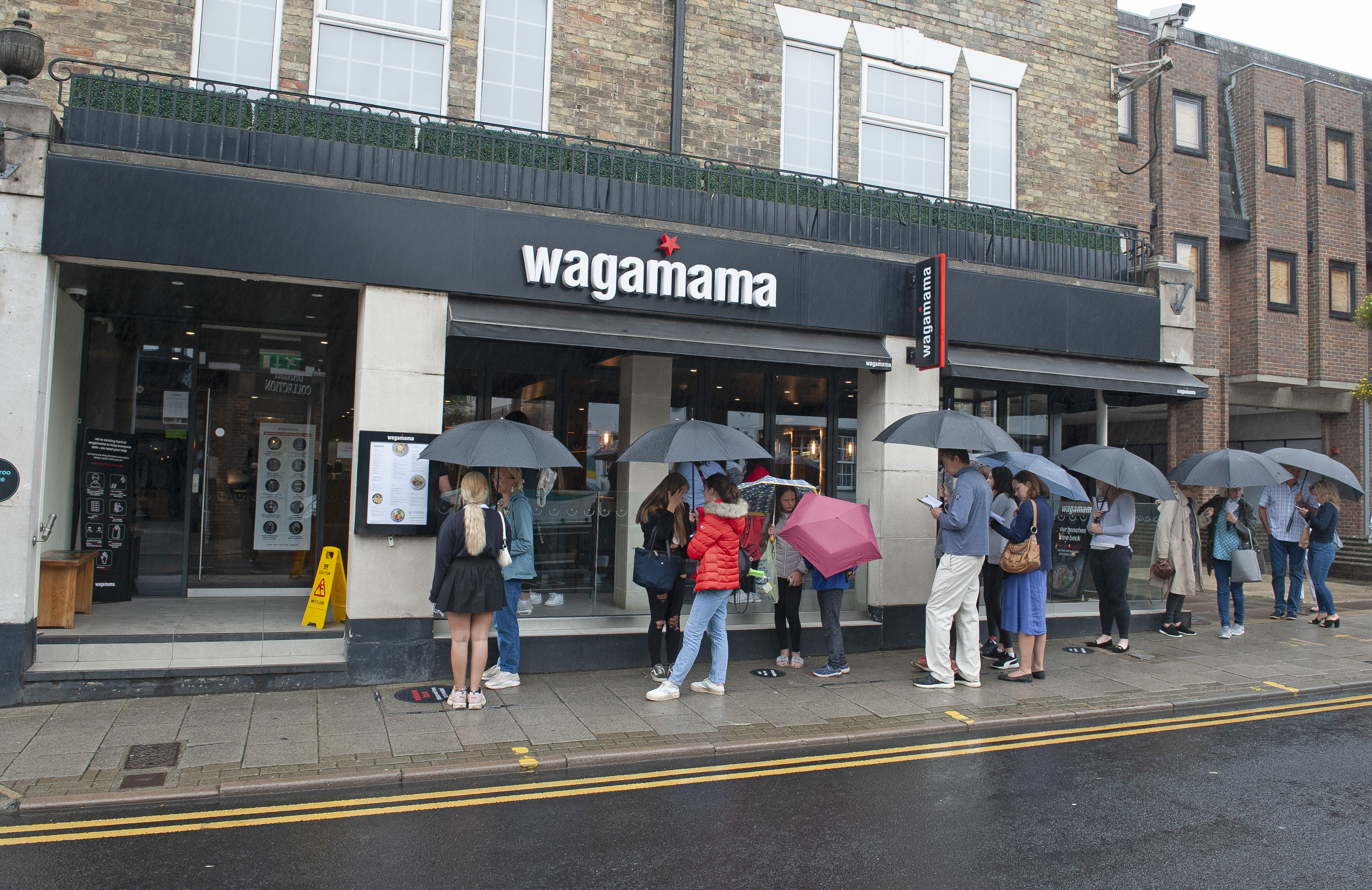 Encouraging people to go out to eat or go to the local was a bad move.

People tend not to social distance when they have had a skinful. And it all suggested we had got our priorities wrong.

The first thing to do, surely, was get the kids back to school.

That would free up parents to kick-start the economy far better than paying half price for a “locally sourced and made on the premises Scotch egg”.

The next was to return to work, scrapping the furlough scheme.

This pandemic has been tragic for some and deeply boring for the rest. But there is a real glimmer of light from the latest stats.

The number of daily infections has been reducing steadily for the past few days. Only 1,089 people have contracted the bloody thing at the latest count.

There were only 16 deaths reported yesterday. It looks as if we might avoid the second wave which is currently causing problems in Germany, France, Spain and Croatia.

We’ll do that by behaving with a bit of common sense. Limiting the amount of time we spend in company — in bars and restaurants.

I know the hospitality trade has taken a bad hit — and maybe the Government could help when it comes to the often astronomical business rates they pay.

But let’s get this recovery kicked off in the proper order. Kids back to school, us back to work. And then, later, maybe we can join Adolf and Mickey down the pub. 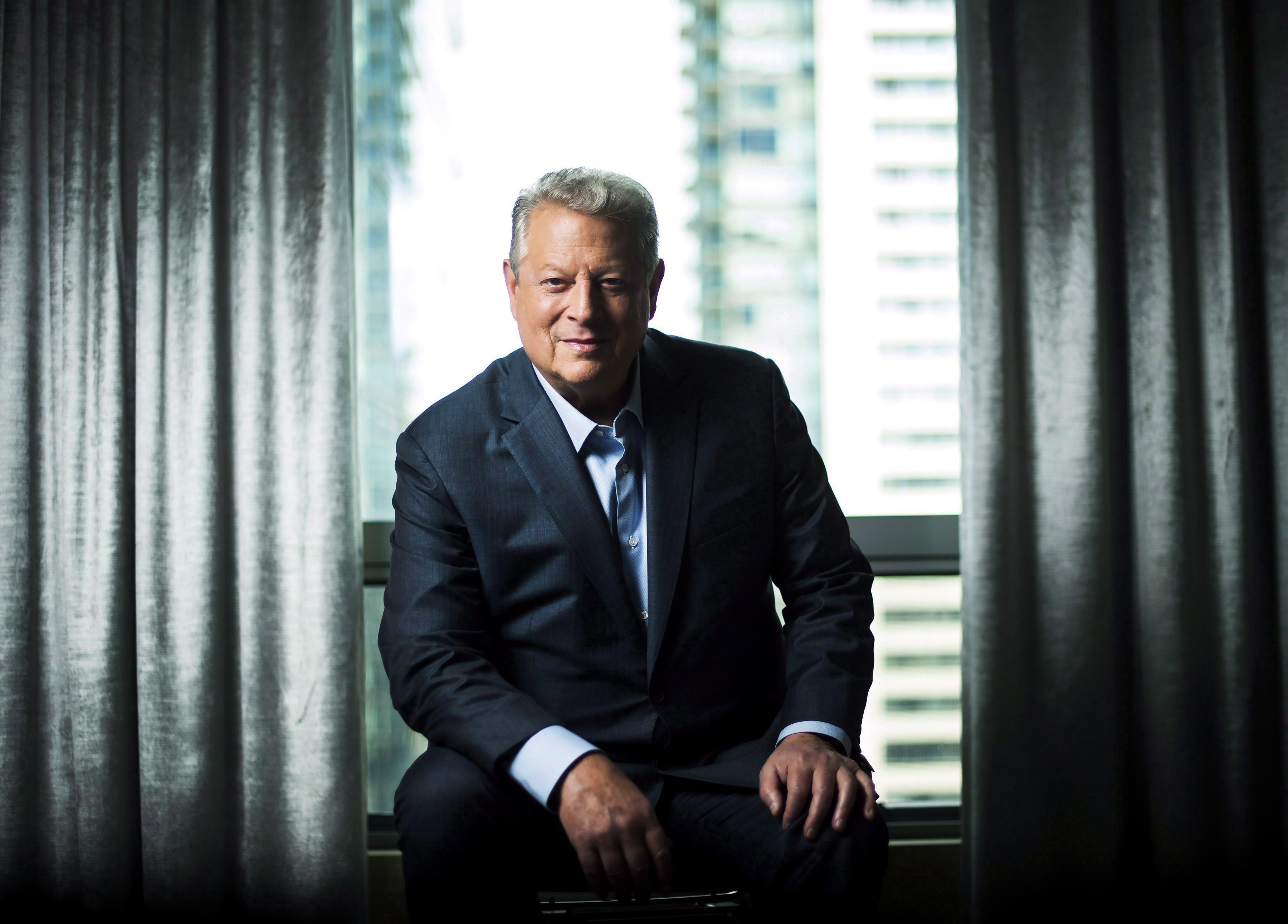 OK, I’ve got the answer to the exams fiasco.

A way to ensure that all students get the fairest possible assessment for their A-levels and GCSEs.

What you do is this.

You get all of the grade predictions from the teachers. And you put them in a great big heap.

Then you ask a former vice-president of the USA to dance on top of them. Bingo – all sorted.

I call it my Al Gore Rhythm. (Sorry.)

The rather dense Education Secretary, Gavin Williamson, is still clinging on.

He knows he has presided over a complete Horlicks. But for once it’s not entirely his fault. 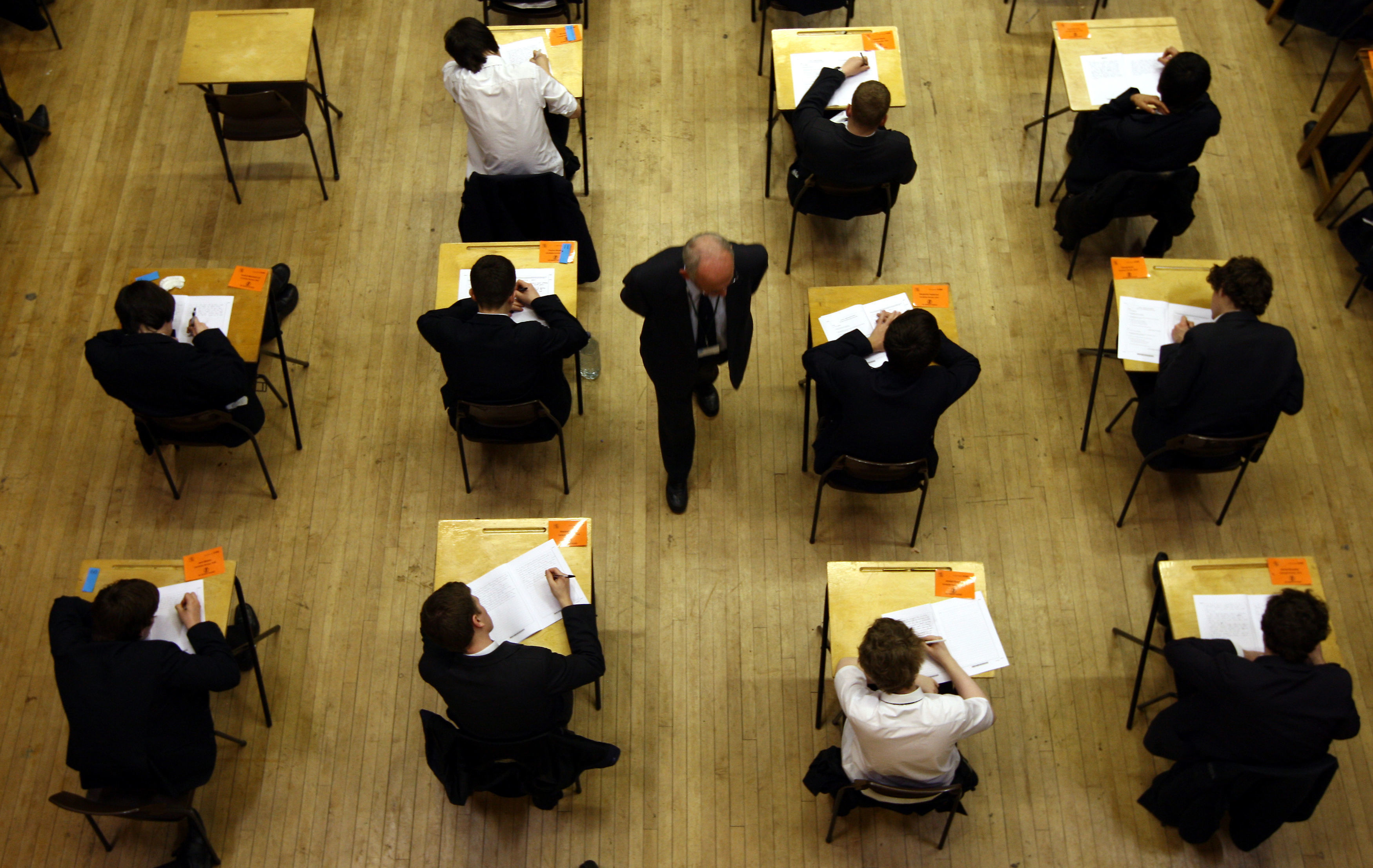 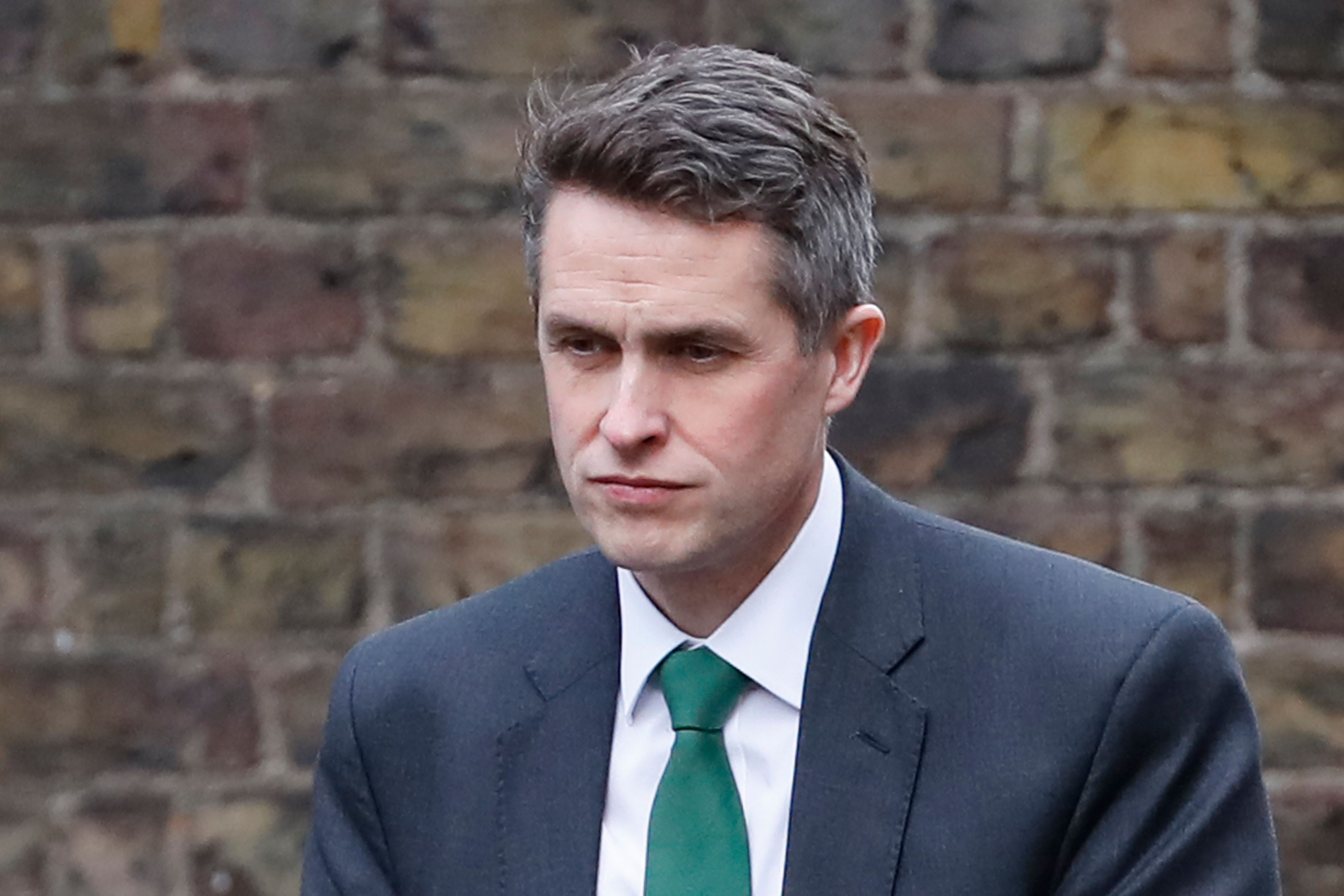 Where does the blame lie? We could start with the teachers. They gave massively inflated grades to their pupils. That’s not fair on students who sat exams last year. Or next year, assuming kids ever have exams again.

Then there’s the hopeless exams quango, Ofqual. Most quangos are about as much benefit to the human race as a fungal infection of the nether regions.

Overpaid bosses who know nowt about what they’re doing.

And Ofqual fits that description beautifully. Its method of assessing overmarked grades was too broad brush and patently unfair on some students.

But it is still the Government that deserves to cop most of the blame. From the start of lockdown, all of our children should have had a full programme of lessons every day via Zoom.

Homework, virtual contact with every teacher and proper lessons. This is what happened in most private schools. They should also have sat their exams – not hard to social distance in an exam setting, is it? The German kids were sitting exams in May and June.

Stricken with panic over this virus, we allowed the teachers to get away with doing four fifths of nothing for almost half a year.

That’s where the real problem lies. And why we’re in such a mess now.

EVERY day I watch the trains shuffling back and forth at the end of the lane near my house.

Now we hear that rail season tickets are going to rise by 1.6 per cent.

Would anyone in their right mind buy one at the moment?

After our schoolchildren, nothing has suffered more as a consequence of the pandemic than our rail service.

It will take an age to recover.

Oh lordy – Turkey Twizzlers are back.

Bernard Matthews has started selling a new, healthier version of the food, which was blamed for turning our kids into vast, waddling lard- buckets. All unfair on the twizzlers. 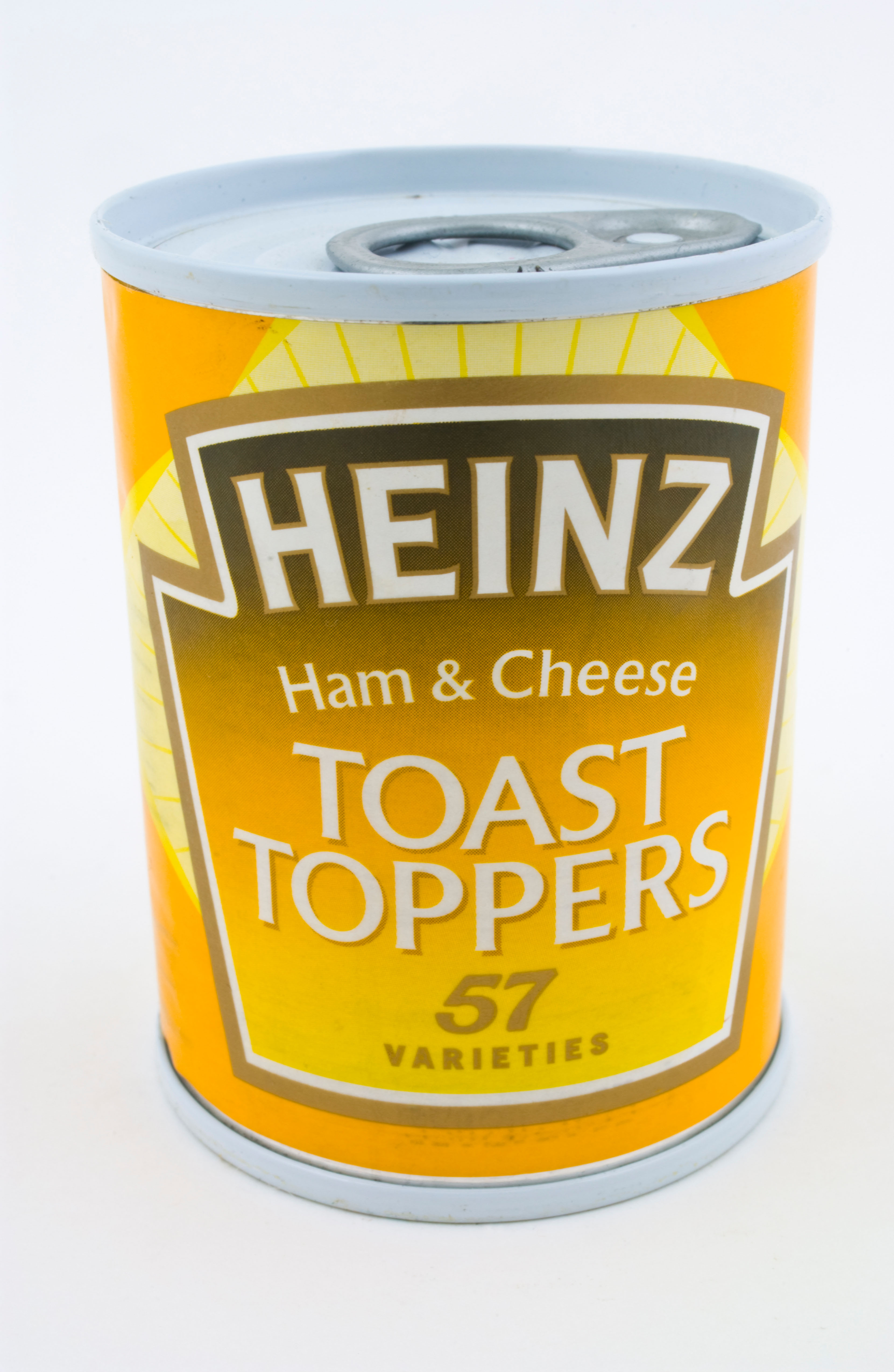 The kids haven’t got noticeably thinner these past 15 years, have they?

Yesterday The Sun asked what foods you would like brought back.

Is Katie for wheel?

Delighted to see pictures of Katie Price recovering from her foot operation.

She was in a designer wheelchair studded with Swarovski crystals. 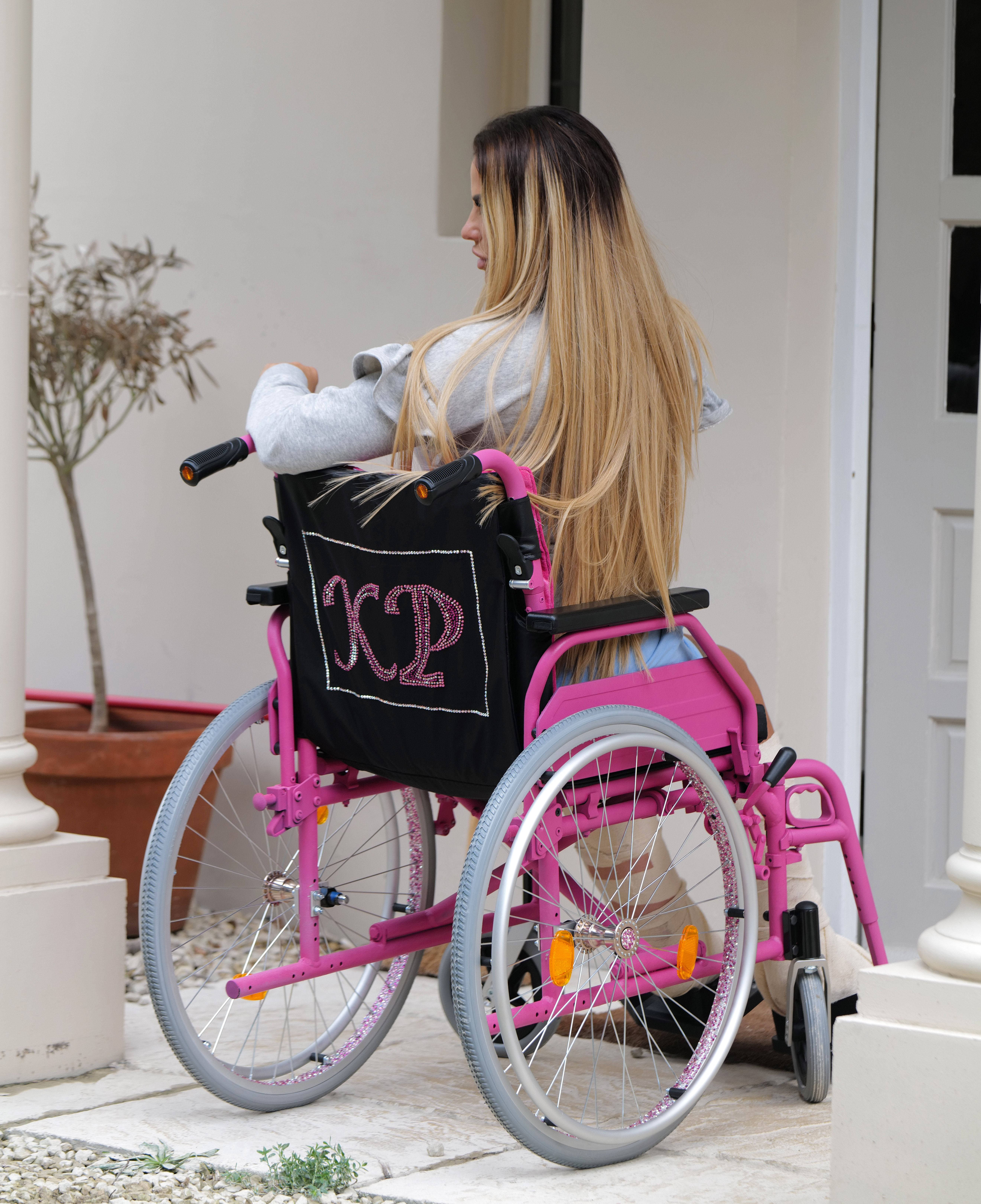 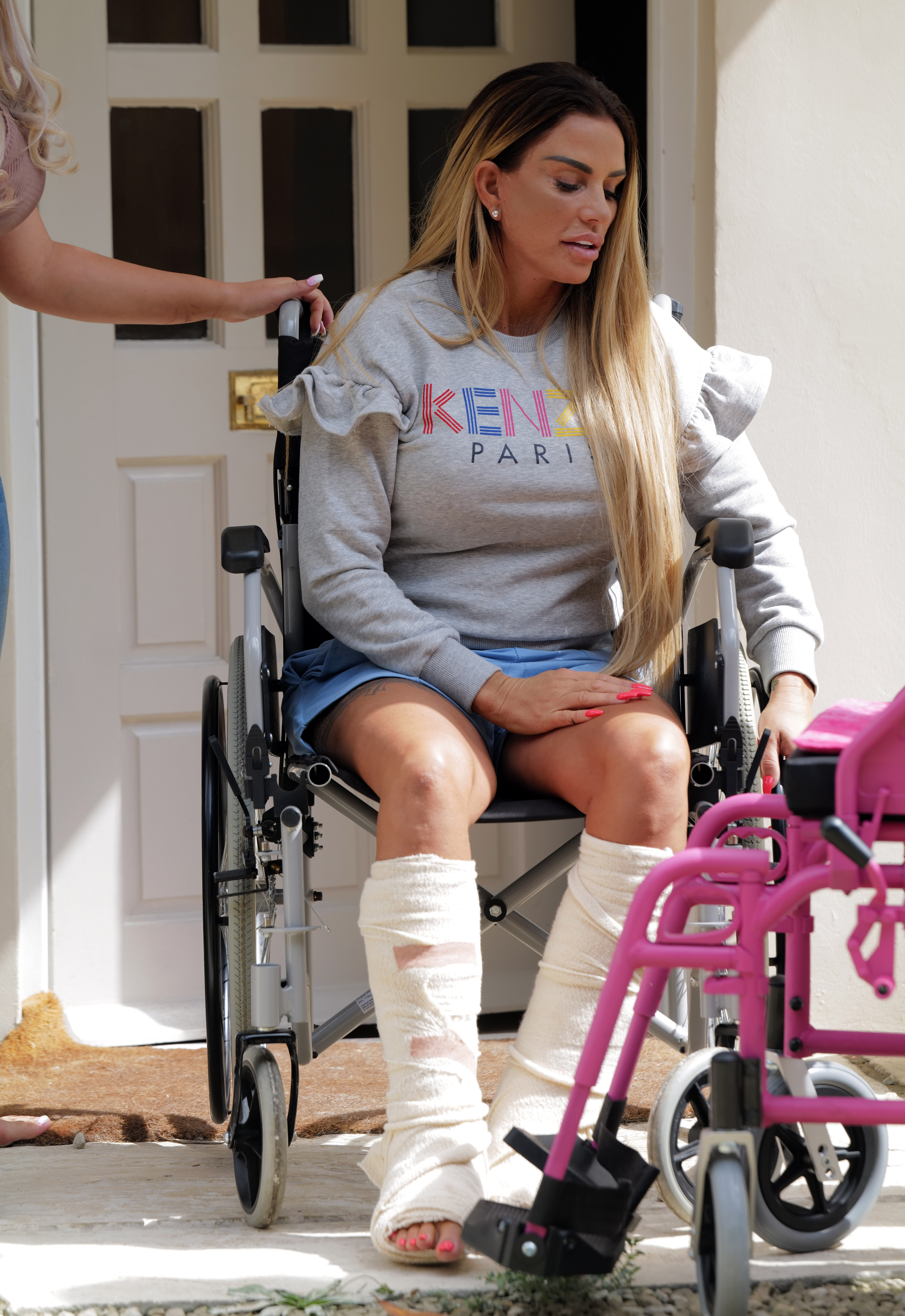 Anyway, Katie reckoned her wheelchair was worth about £10,000.

I thought this woman was supposed to be bankrupt? 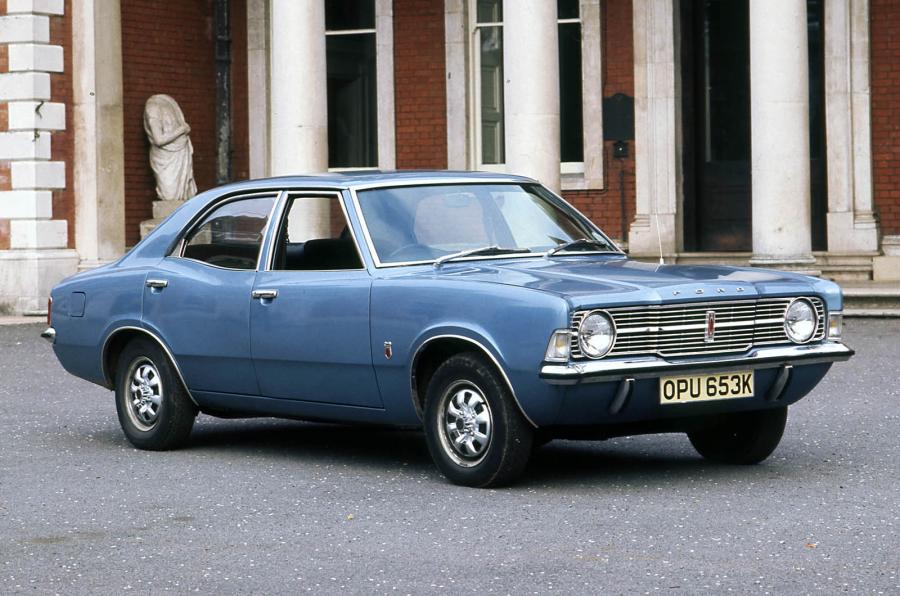 Just got a new car. I wanted a 1973 Ford Cortina GL in blue with tan leather seats.

I wasn’t allowed one by my wife.

I was allowed a Mini. And I think I may have done the wrong thing.

I noticed two young lads standing at the top of our road when I was on my way back from the shops.

They seemed to be counting something.

Eventually one said to the other: “That’s six Minis. This is turning into a road full of t***s”.

Joe Biden has been officially nominated as the Democrat candidate for the forthcoming US presidential election.

If he wins he will be 78 years old upon taking office. Almost whenever he opens his mouth something truly dumb pops out. 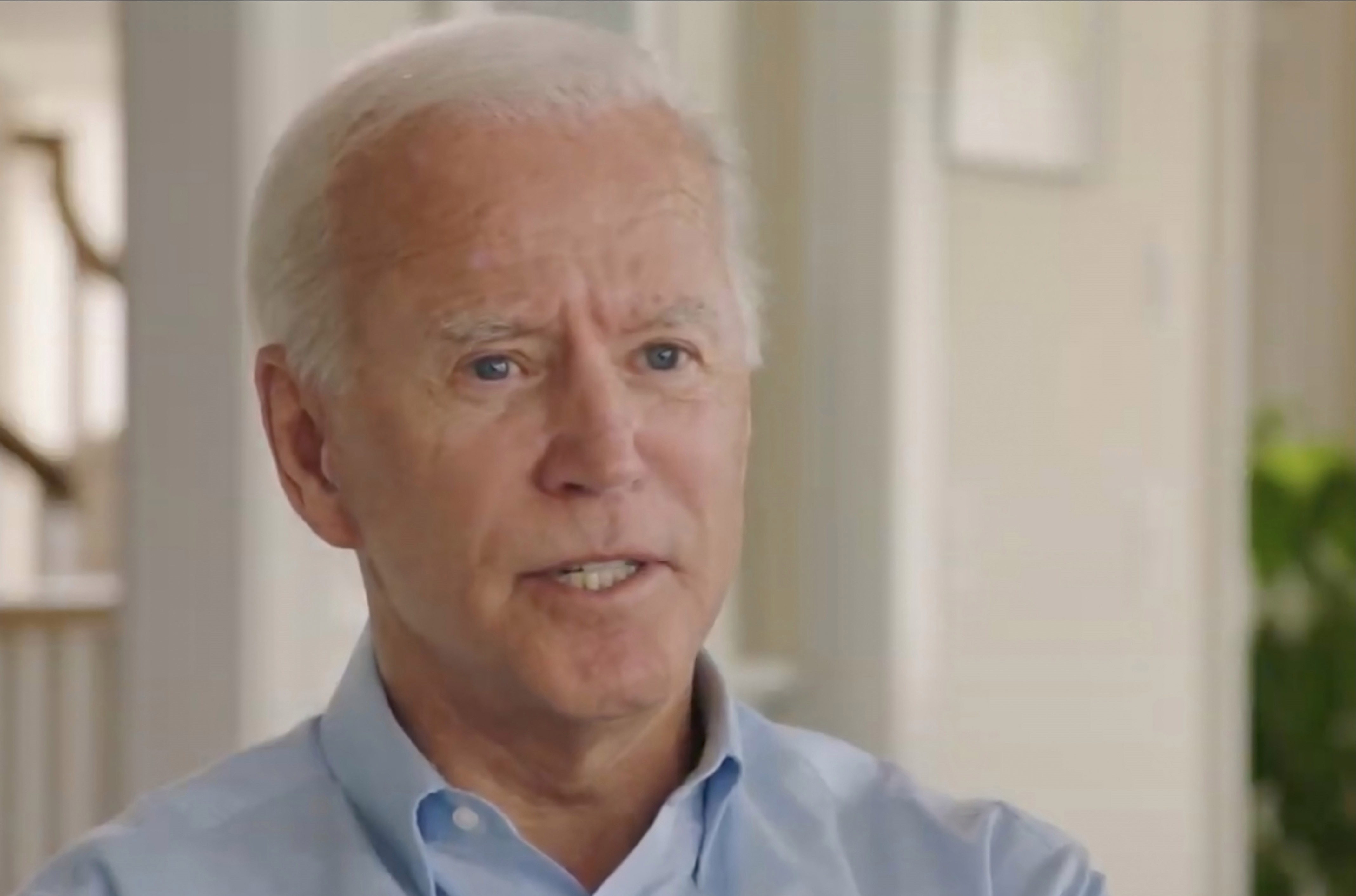 So, the Americans have a choice between this clown – and Trump.