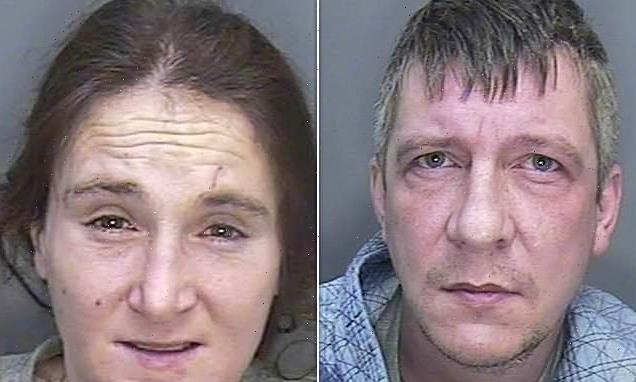 Drug addict couple are jailed for total of 38 years for kicking disabled autistic charity volunteer, 60, to death in his own home

Two drug addicts have been jailed for a combined total of 38 years in prison after murdering a vulnerable, charity shop volunteer in his own home.

Stephen Fogg, 60, who had learning disabilities and autism, was kicked and stamped to death on December 14, 2020.

Lee Chugg, 42, and Jodie Swannick, 32, had gone to Mr Fogg’s house in Wembury, Devon on that night hoping to find alcohol or money to steal, but ended up subjecting him to a ‘savage’ attack. 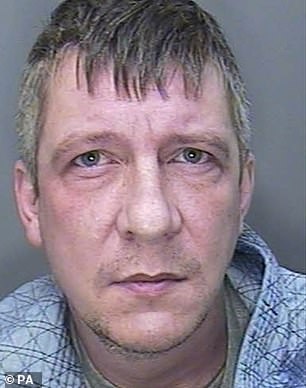 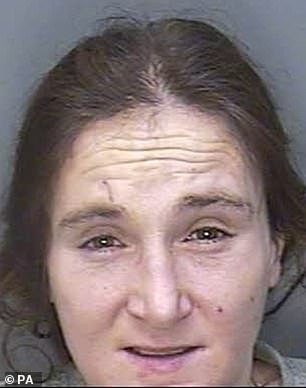 Lee Chugg, 42, and Jodie Swannick, 32, had gone to Stephen Fogg’s house in Wembury, Devon on December 14, 2020, hoping to find alcohol or money to steal, but ended up subjecting him to a ‘savage’ attack

The couple caused Mr Fogg ‘catastrophic’ injuries which left the lower part of his face shattered and his chest caved in, Exeter Crown Court heard on Friday.

The pair then rifled through Mr Fogg’s pockets before fleeing the scene without calling an ambulance.

Police tracked them down at another house in Plymouth eight days later after Mr Fogg’s body was discovered by one of his carers.

He was found to have sustained 31 external injuries to his head and neck, including numerous skull fractures, and there was bleeding to the left side of his brain.

The pathologist in the case estimated Mr Fogg may have lived for at least 30 minutes after being beaten. 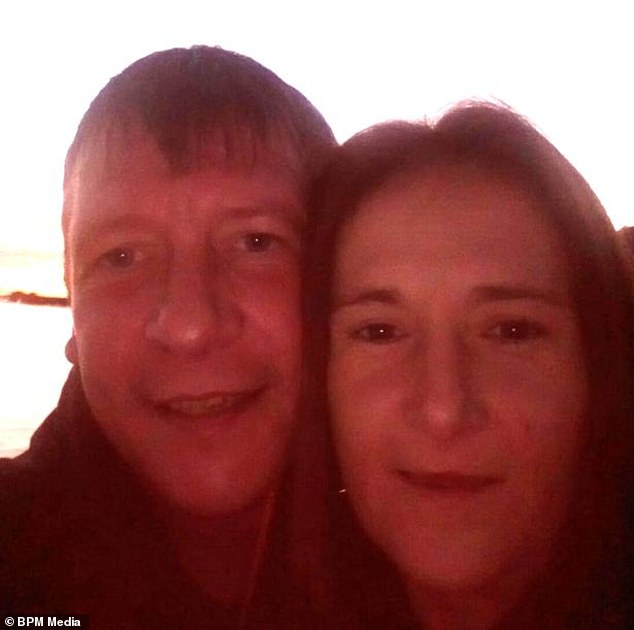 Mr Fogg, who worked part-time in the Red Cross shop in Plymstock and was given help to be able to live independently, got to know Chugg through his daily visits to his local village shop where he would spend the £7.25 allowance he got from his carers.

He had become more wary of Chugg after suspecting him of stealing his television set during a burglary some months earlier.

Chugg and Swannick denied murdering Mr Fogg but were convicted at trial this month.

During a sentencing hearing on Friday, counsel for Chugg, Ignatius Hughes QC, argued the attack had not been premeditated, or due to perceived ideas of the victim’s sexuality, or sadistic, or for financial gain.

Richard Smith QC, for Swannick, said: ‘It seems to us that this was something that unfolded in that flat, whatever the reasoning was, and got completely out-of-hand in terms of anger.’ 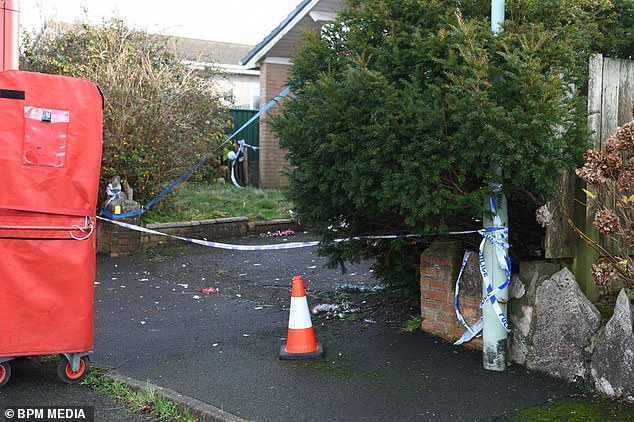 Mr Smith said Swannick’s criminal background, which mainly consists of instances of shoplifting, was not as extensive as her co-defendant’s, and that she had expressed ‘genuine understanding and genuine regret’ over what she had done.

Judge Peter Johnson said: ‘He [Mr Fogg] was an inoffensive man who was no threat to anyone. One witness described him as having the brain of a 12-year-old.

‘His main activity seems to be in collection and holding various items, including Christmas decorations.

‘He was well known in Wembury as someone who wanted to be everyone’s friend. He will be missed by those who knew him.’ 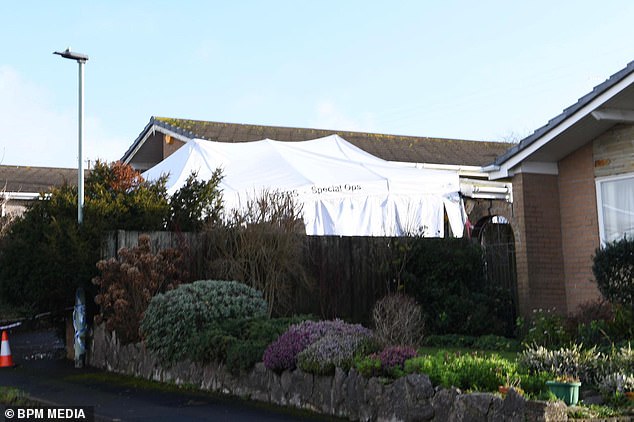 Both were sentenced to life imprisonment with Chugg from Plymouth, told he would serve a minimum of 20 years, and Swannick, of no fixed abode, 18 years before they would be eligible for parole

On the night in question, Judge Johnson said: ‘Mr Chugg and Ms Swannick had gone to Mr Fogg’s house and subjected him to a savage murderous attack when both defendants took part in kicking and stamping on Mr Fogg. The injuries were catastrophic, as shown on the diagrams in the jury bundle.

‘I’m satisfied that Mr Fogg pleaded for his life, and that each defendant rifled through his pockets when he was lying on the floor mortally injured.

‘Over the next couple of days, both defendants appeared to show a callous indifference. All that mattered to them was to save their own skins. They were held together by the grizzly bond of knowing what they had both done.’

Turning to Chugg, he said: ‘In my view, you are an extremely dangerous man prone to outbursts of serious violence whenever you are in drink.’

Both were sentenced to life imprisonment with Chugg from Plymouth, told he would serve a minimum of 20 years, and Swannick, of no fixed abode, 18 years before they would be eligible for parole.