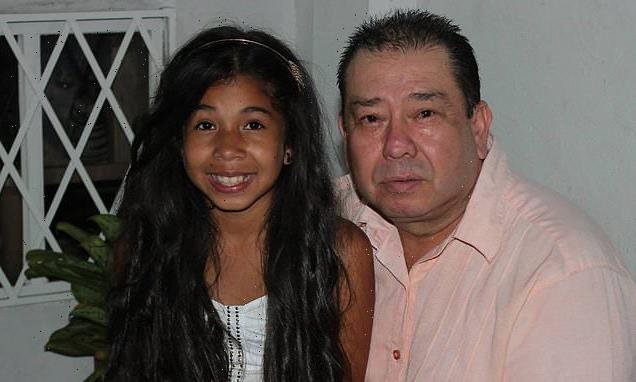 Drive-by funeral shooting could ‘have links to Colombian drug trade’ as it is revealed deceased woman, 50, whose memorial service was targeted was married to convicted member of the Cali cartel

A drive-by shooting at a funeral reportedly could have links to the Colombian drug trade as the deceased woman whose ceremony was targeted was married to a convicted member of the Cali cartel.

A seven-year-old girl is fighting for her life and five others also suffered injuries following the shooting outside St Aloysius church, near Euston station in north London, at around 1.30pm on Saturday.

The victims were shot as they exited a funeral service for British-Colombian cancer victim Sara Sanchez, 20, and her mother Fresia Calderon, 50.

Ms Calderon is understood to have died from a blood clot in November following a flight from Colombia to Heathrow, before Ms Sanchez died from terminal leukaemia three weeks later. 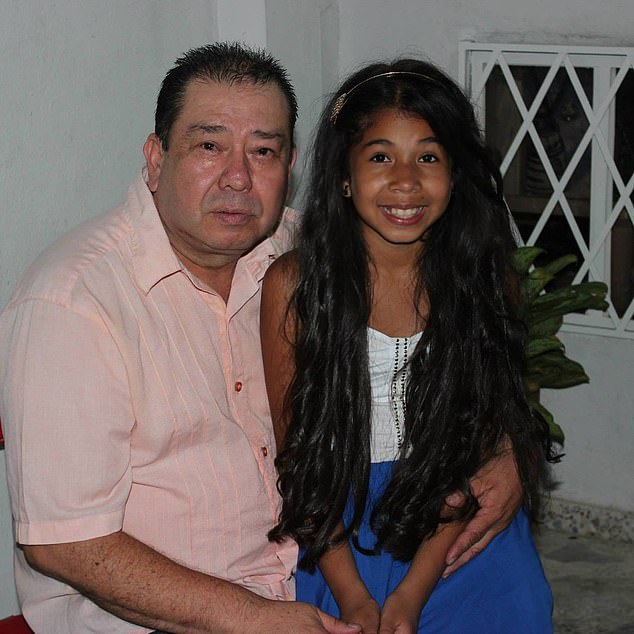 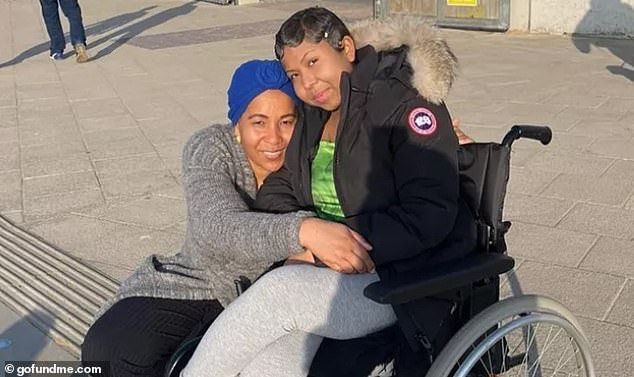 Ms Calderon’s ex-husband was jailed in the UK for his role in a money laundering operation for a London drugs gang linked to the Cali cartel in Colombia, The Telegraph reports.

Carlos Arturo Sanchez-Coronado is said to have been the first man to have been extradited from the South American country to Britain, before he was admitted three counts of money laundering and fake documents and was sent to prison in 2009.

The criminal organisation’s share of the UK drugs market was so vast that the price of cocaine was said to have risen by 50 per cent following its dismantling.

During a number of raids of properties in north west London, police seized millions of pounds of cash and cocaine and marijuana with a street value of £100million.

Sanchez-Coronado, meanwhile, was later tracked down in Colombia where he had been working as a taxi driver.

He served time in a UK prison before moving back to South America and was last living in Santiago, the capital of Chile, before his death last year aged 56.

A motive for the shooting yesterday has not yet been disclosed by police.

A police source told The Mail on Sunday a man jumped out of the car and started firing into the crowd as white doves – symbols of peace – were released. A view of St Aloysius Roman Catholic Church on Phoenix Road, in Euston, today as police continue to probe the shooting 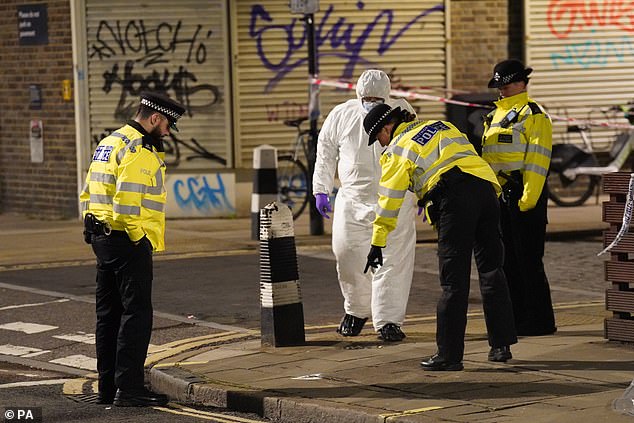 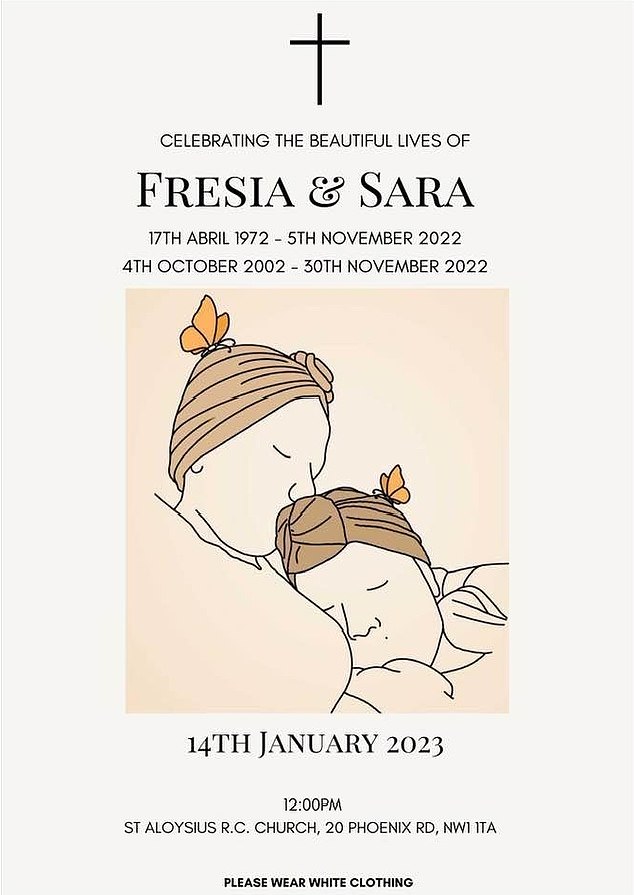 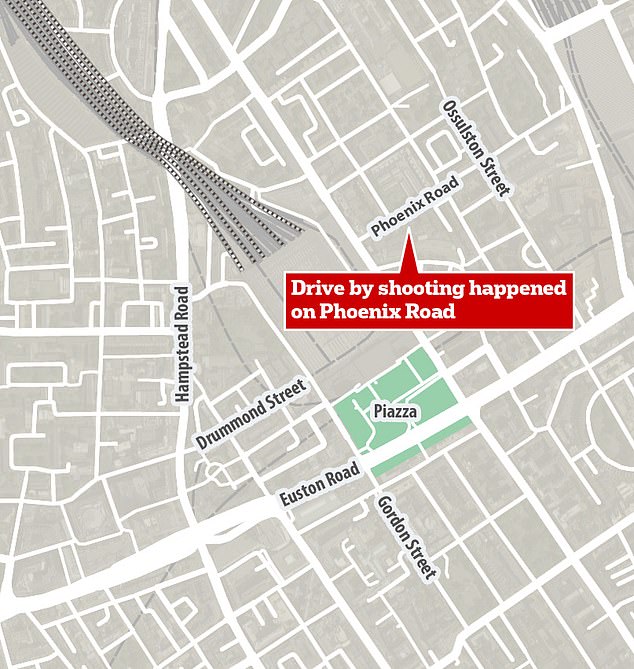 The drive-by shooting happened on Phoenix Road in NW1, London

A manhunt is now underway for the gunman, who is on the run, with officers looking for a 2019 model black Toyota.

It is believed the drive-by shooter may have been targeting a guest at the funeral as part of a revenge attack.

Shocking footage has since emerged showing the chaos inside the church as the mass shooting began.

Grieving churchgoers can be heard screaming and running for safety back inside the church, with one person shouting, ‘we need to get out’ while another said, ‘get to the back’.

Others were heard crying, some shouting ‘oh my god’ and others being told to ‘sit down’.

‘There’s speculation that it was some sort of revenge attack.’

Speaking at the scene this morning Superintendent Jack Rowlands from the Met Police called the shooting a ‘senseless act of violence’. 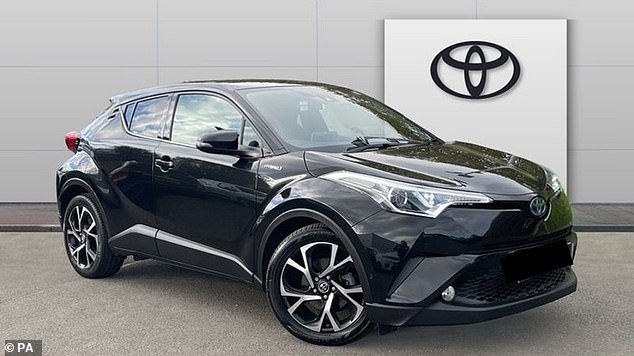 He added: ‘Just before 1.30pm yesterday, we were called to reports of a shooting outside St Aloysius church in Phoenix Road, Camden.

‘Officers responded with paramedics and a crew from the London Air Ambulance.

‘They found multiple people with injuries caused by pellets from a shotgun.

‘We believe the suspects discharged a shotgun from a moving vehicle, which was a black Toyota C-HR, likely a 2019 model or similar.

‘This was a shocking incident. People came here to attend a funeral, to be with friends and loved ones and mourn together, instead they were the victims of a senseless act of violence.’

Supt Rowling urged members of the public with any information to come forward.

Met Police confirmed six people in total were injured in the attack; four women aged 21, 41, 48 and 54, along with two children aged 12 and seven.

The seven-year-old girl ‘remains in hospital in a stable but life threatening condition’ after she was rushed to a hospital with a major trauma centre as a priority.

The 12-year-old child, who was admitted with a leg injury, has now been discharged and is expected to make a full recovery.