THIS is the shocking moment a fuel tanker exploded, sending pieces of debris meters into the sky "like a rocket" as it caused a huge black mushroom smoke cloud.

The blaze happened on Sunday afternoon in Crowell, which is located around 80 miles away from the city of Wichita Falls in Texas. 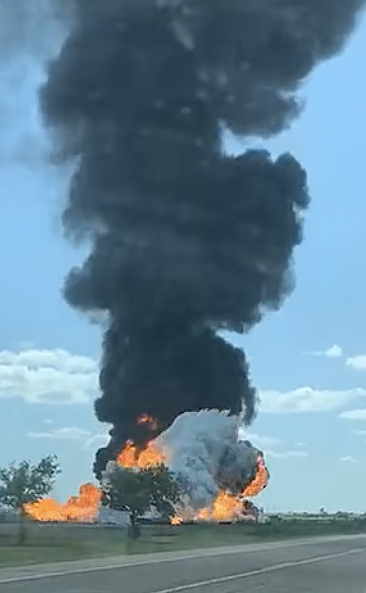 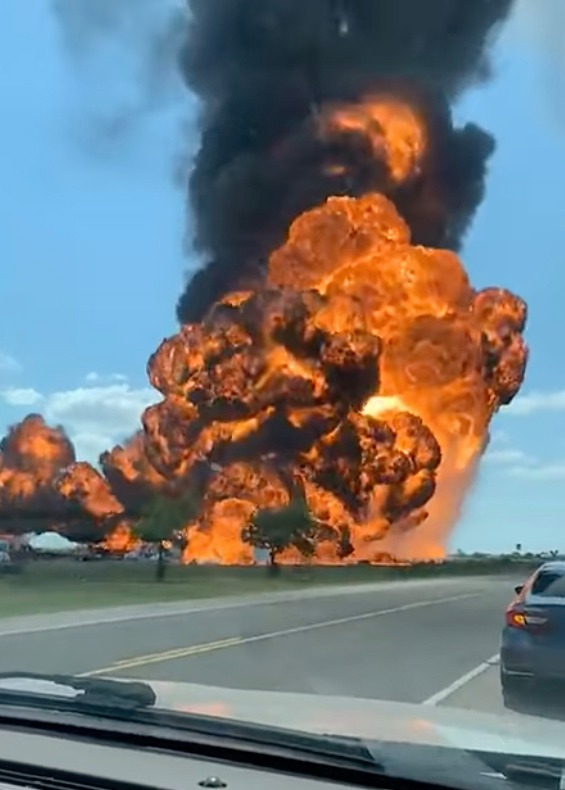 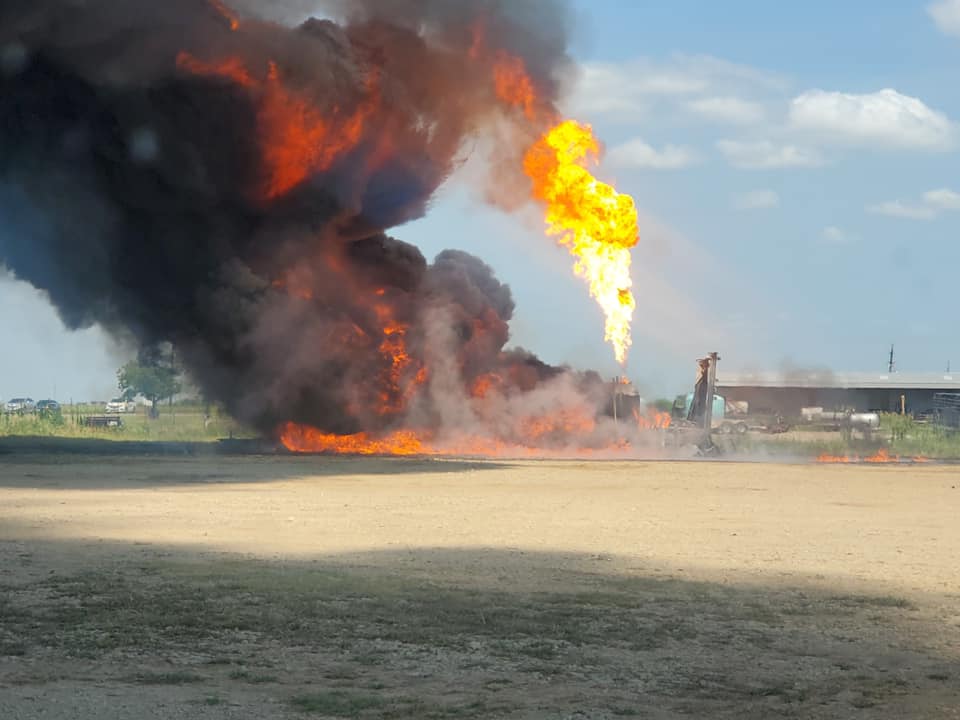 Video shows a fuel tanker in flames by the side of the road before it is engulfed in a fireball moments later.

Motorist Jymi Ranjel filmed a 10-second clip at the side of the road capturing the dramatic moment she witnessed the tanker explode.

About three to four seconds in, debris was sent flying meters into the sky like a rocket.

A person in a vehicle can be heard saying: “Oh s***, Misty scoot back.”

Black smoke continues to billow out in the shape of a mushroom cloud as the raging inferno continues. 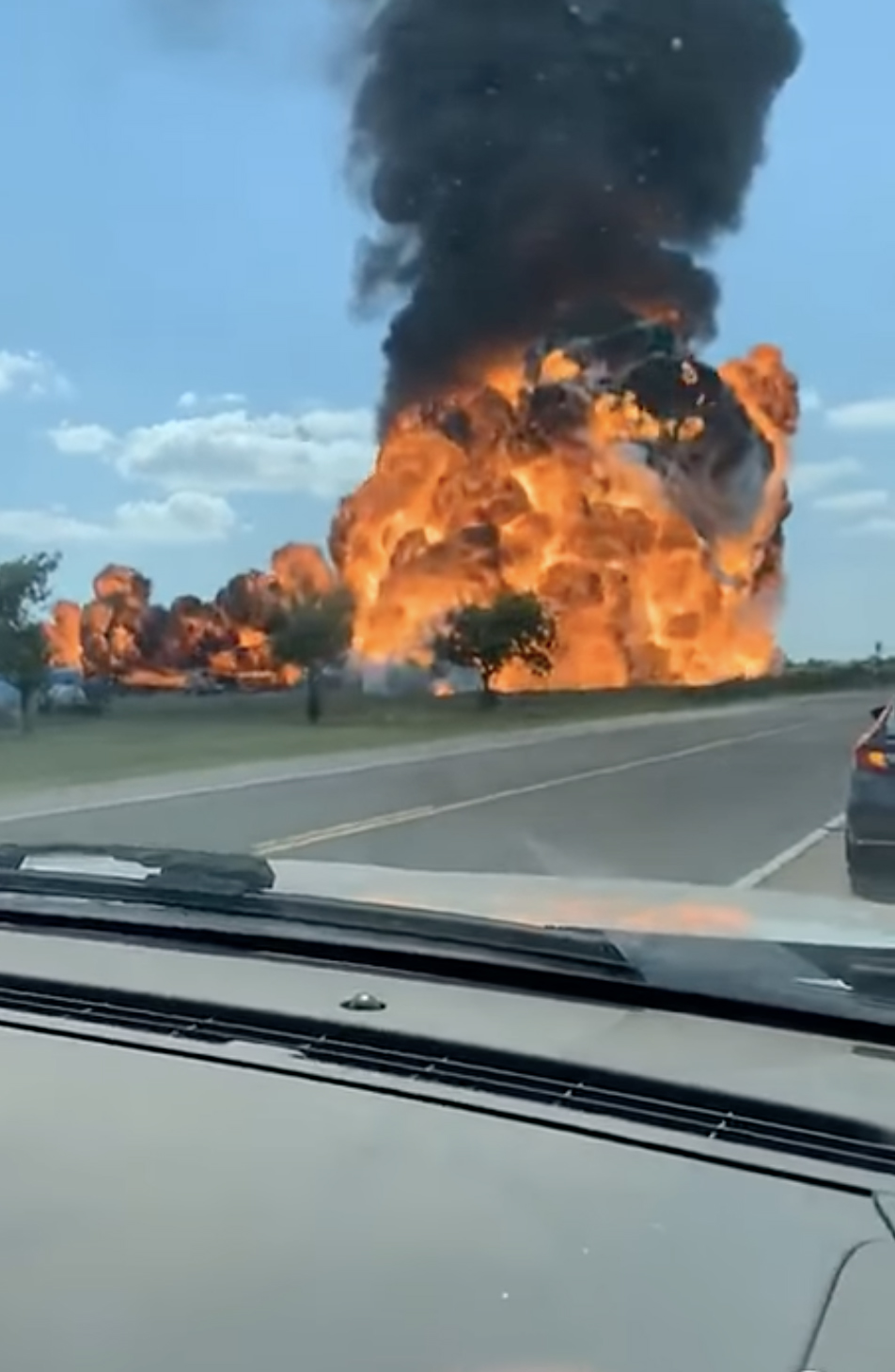 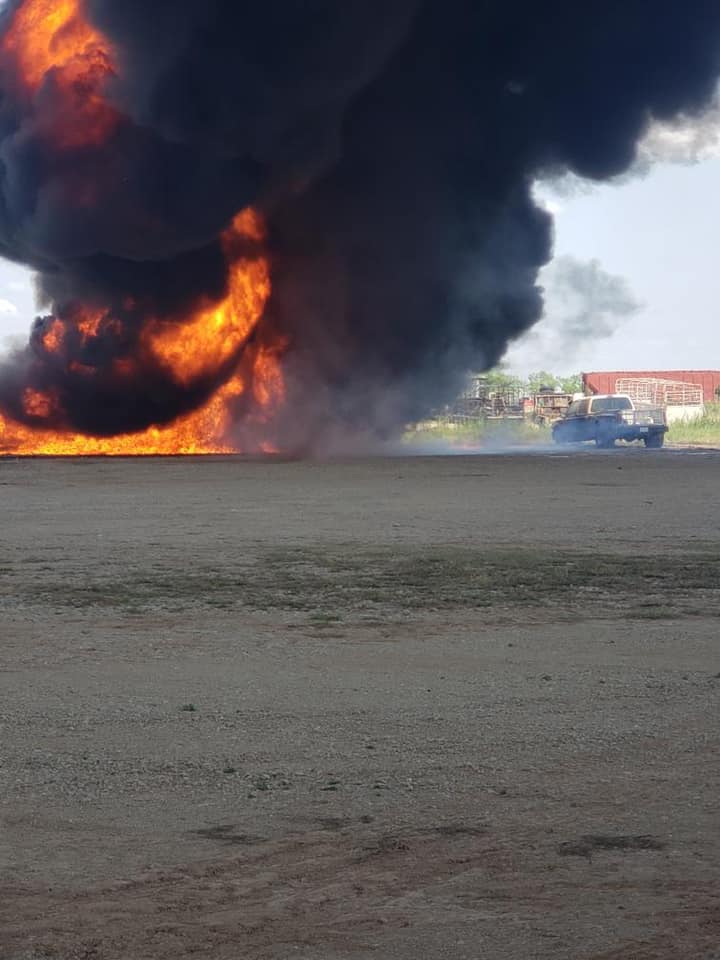 Social media users were left horrified by the footage as they prayed for the tanker driver and emergency crews.

Crews said it was "a very dangerous fire" as they thanked the people who uploaded it to Facebook.

It’s reported that the blaze settled down after the explosion happened, News6 reports.

The truck reportedly belonged to a local harvester and had developed a leak.

Foard County Sheriff Mike Brown told WFAA that it was the leak that led to the blast.

The driver of the tanker and a couple of volunteer firefighters were injured during the call, cops said.

It’s reported that one person suffered second-degree burns and was taken to a local burns unit, according to KWTX.