REPORTS of patients suffering from blood clots after receiving the AstraZeneca Covid vaccine are a "coincidence", says Dr Hilary Jones.

Health officials in the Netherlands have now suspended use of the jab after countries such as Thailand and Denmark also paused their rollout of the vaccine. 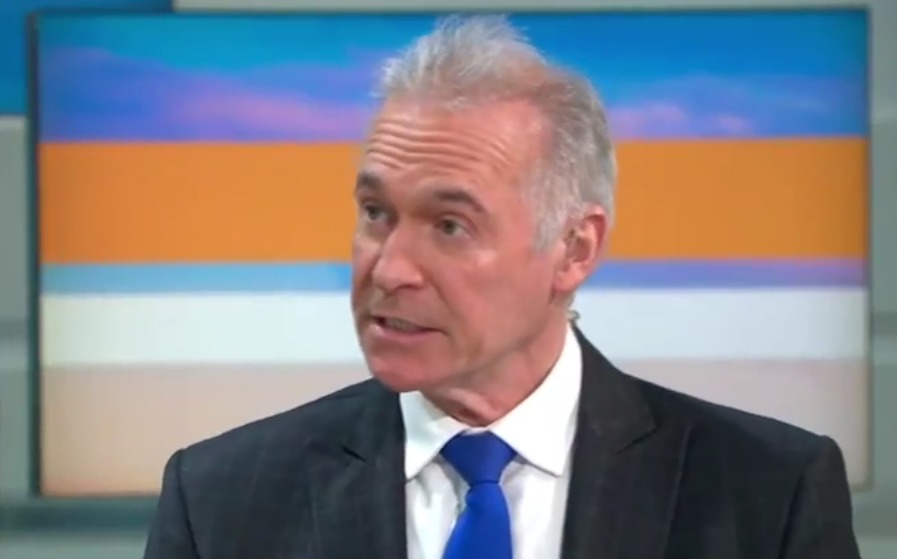 The UK medicine regulator the Medicines and Healthcare products Regulatory Agency (MHRA) had said “very clearly that they’re not seeing any increase in the number of cases of blood clots” over what they would see normally.

So far in the UK over 24 million Brits have received a first dose of either the Oxford/AstraZeneca jab or the Pfizer/BioNTech offering, with over 1.5 million having had a second.

Of this around 11 million doses of the AstraZeneca jab have been given.

AstraZeneca has said the jabs are "safe" after it conducted a review into 17 million doses and found no links to higher blood clot risk.

“So, when you then put a vaccination campaign on top of that, clearly those blood clots still happen and you’ve got to then try and separate out whether, when they occur, they are at all related to the vaccine or not.”

Dr Hilary also attempted to reassure the public as officials in the Netherlands today paused use of the jab.

"What we know is that whenever we have a medicine, a vaccine or a homeopathic remedy, or a herbal remedy, there is a system in place whereby any possible side effects can be reported and investigated.

“And it’s absolutely right and reassuring that we have got an investigation in place to look at the level of blood clots that have been reported in Norway and Ireland and in all the EU countries and the UK and around the world."

Dr Hilary added that blood clots are "very common and happen all the time".

According to Thombosis UK one in four people die from causes related to blood clot or venous thromboembolism (VTE).

There are different types of blood clots and the charity said that around one in 1,000 people are affected by venous thombosis each year – with many already having risk factors such as a serious illness or recent major surgery.

Dr Hilary explained: “They happen as a result of taking the oral contraceptive pill, they take place after trauma to the body where blood vessels are damaged.

“We see thousands of heart attacks and strokes every year because of blood clots.

“So there are going to be blood clots anyway before the vaccine was ever rolled out." 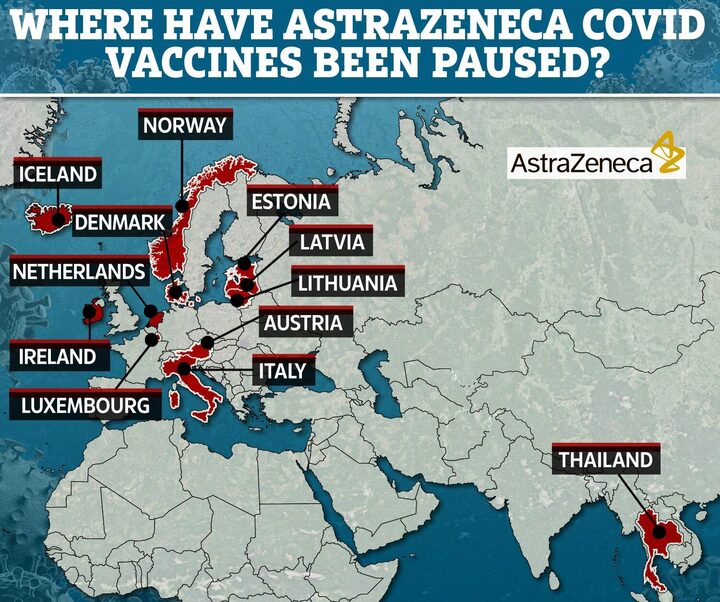 Investigations have been launched into the amount of blood clots that have been reported as a "precautionary measure", he said.

But all the data available, Dr Hilary stated, points to the fact that the level of blood clots is currently lower than it would be before vaccination.

Dr Hilary added: "So that’s in itself reassuring and that’s across all genders, across all age groups, it’s across batches of vaccines and it’s across the different countries.

Just yesterday AstraZeneca said there was no evidence of increased blood clots from the jab after outcomes from 17 million doses were analysed.

The pharmaceutical company said the 15 incidences of deep vein thrombosis (DVT) and 22 events of pulmonary embolism reported among those given the vaccine was "much lower than would be expected to occur naturally in a general population".

Chief medical officer Ann Taylor said: "The nature of the pandemic has led to increased attention in individual cases and we are going beyond the standard practices for safety monitoring of licensed medicines in reporting vaccine events, to ensure public safety.

"In terms of quality, there are also no confirmed issues related to any batch of our vaccine used across Europe, or the rest of the world."

Thombosis UK also states that around 80 per cent of people who have DVT may not have symptoms – this means that they might not be able to report the underlying health condition to medical experts who are assessing them for the jab. 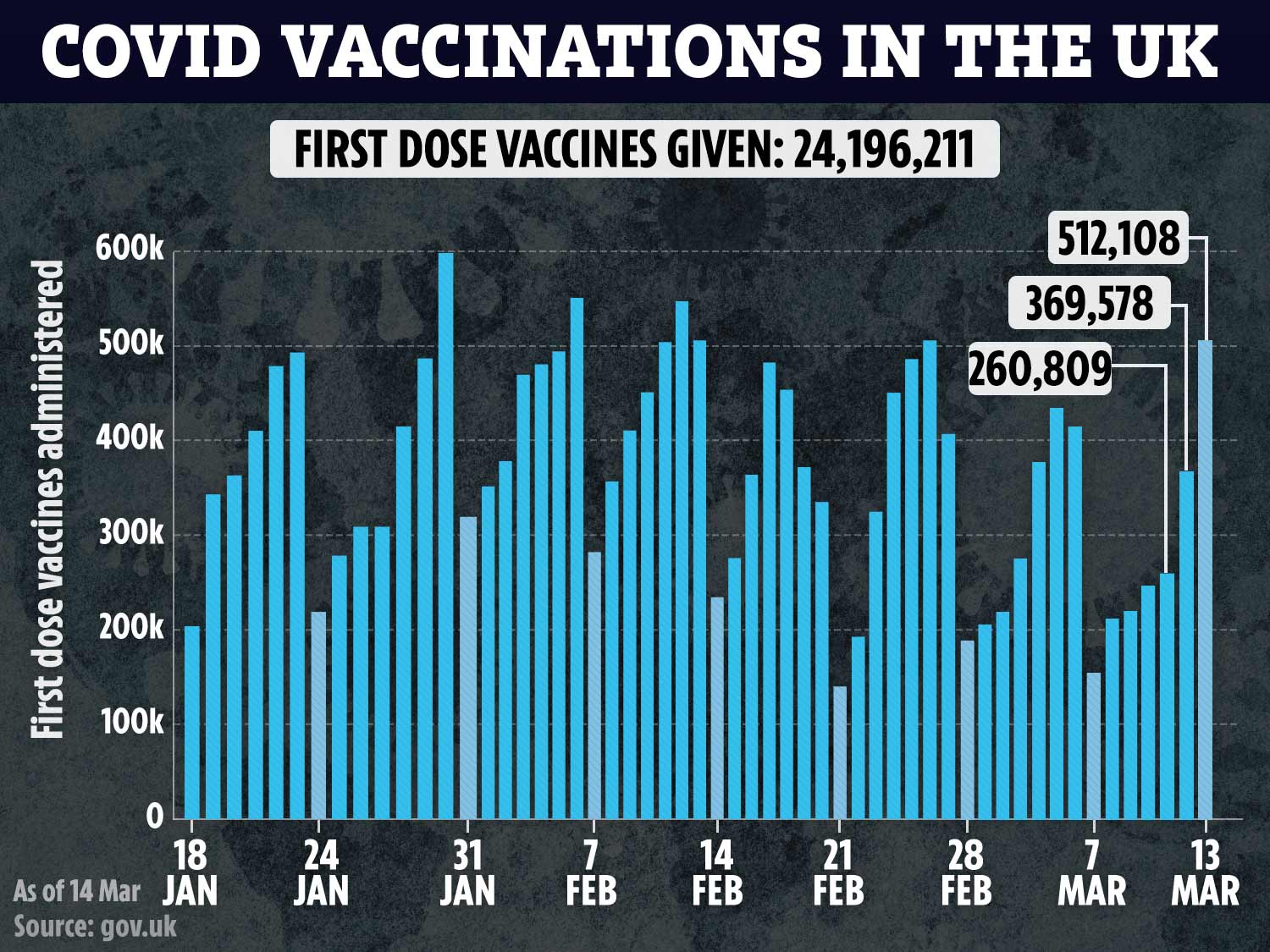 Mr Pollard added that there was "no link" between blood clots and the jab.

He said that there is "very reassuring evidence that there is no increase in a blood clot phenomenon here in the UK, where most of the doses in Europe been given so far".

"It's absolutely critical that we don't have a problem of not vaccinating people and have the balance of a huge risk, a known risk of Covid, against what appears so far from the data that we've got from the regulators — no signal of a problem."

AstraZeneca, EU regulators and the World Health Organisation have all rebuffed the blood clot fears.

Dr Phil Bryan, vaccines safety lead at the MHRA, said people “should still go and get their Covid-19 vaccine when asked to do so”.

Dr Bryan said: “We are aware of the action in Ireland.

“We are closely reviewing reports but given the large number of doses administered, and the frequency at which blood clots can occur naturally, the evidence available does not suggest the vaccine is the cause.

“People should still go and get their Covid-19 vaccine when asked to do so.”