DONALD Trump showed off his awkward dad dance moves as he boogied down to YMCA at the end of a rally last night.

The president could not resist bopping to the 1978 Village People hit after a speech to a cheering crowd in Pennsylvania yesterday. 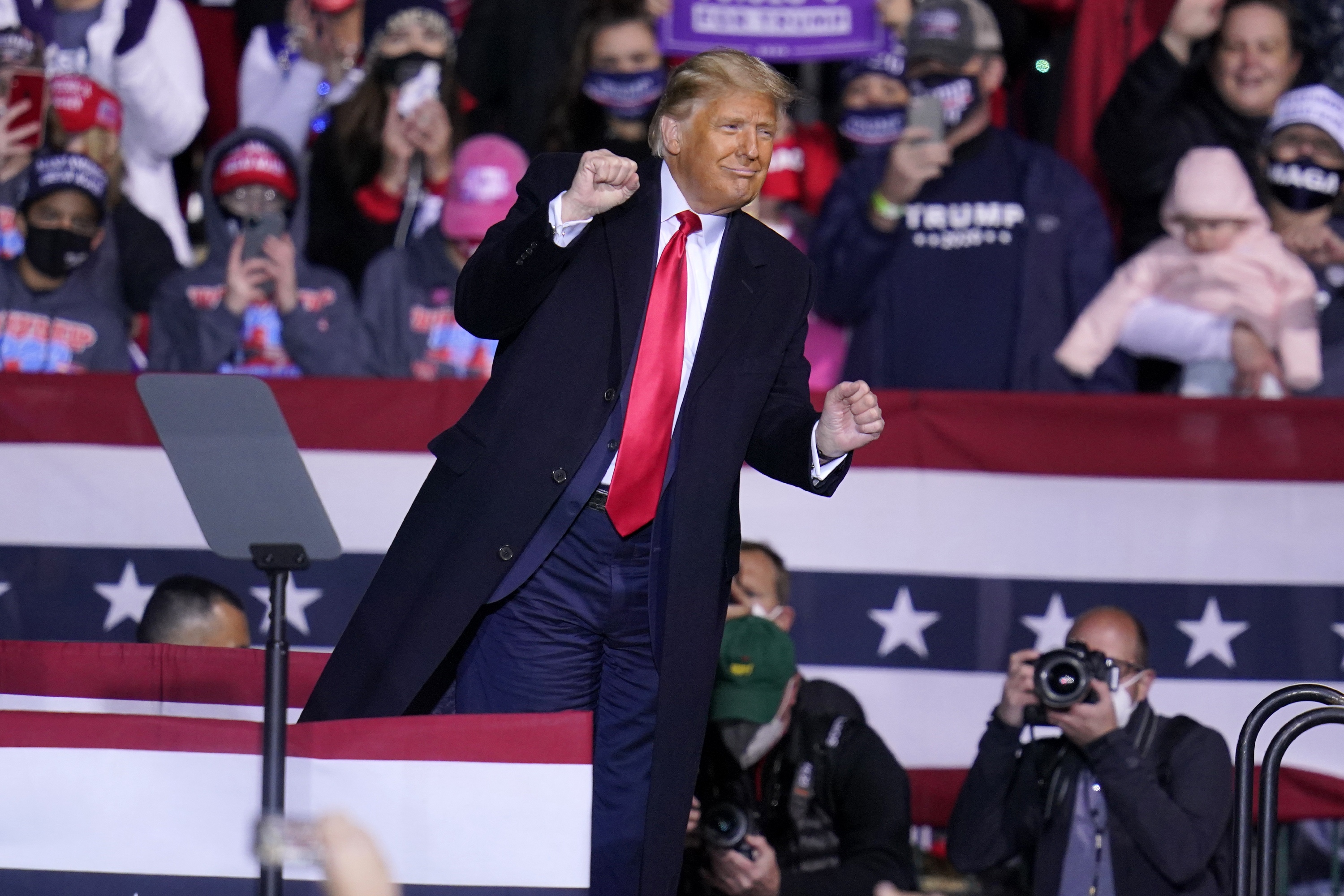 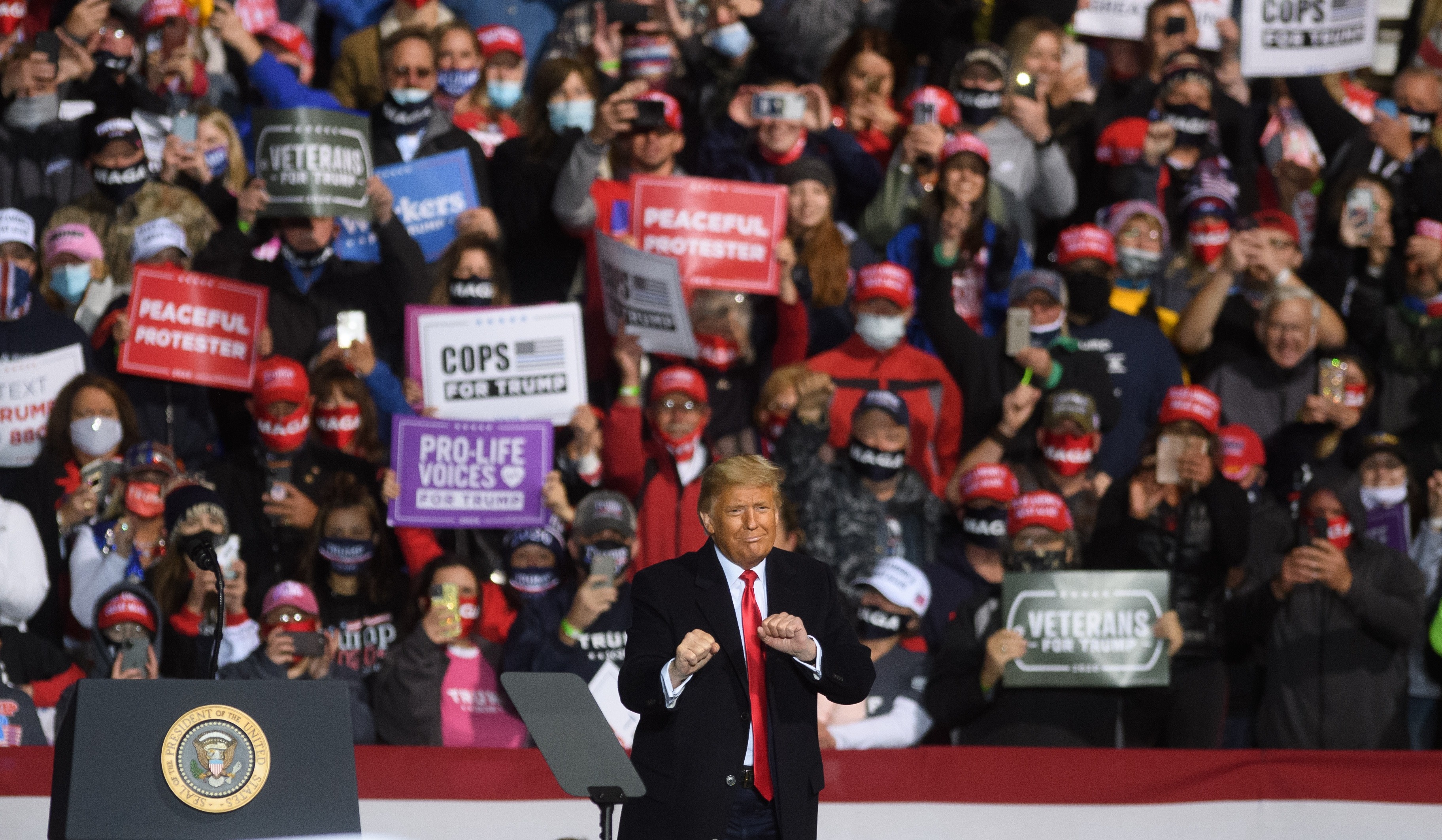 In a video, the he can be seen swaying his head to the song as he awkwardly performs fist pumps before launching into a full dance.

He also asked the crowd if they have had coronavirus.

“Yeah, a lot of people. You’re the people I want to say hello to because you’re right now immune,” he said.

Although hundreds of people were at the rally, social distancing was not practiced with few people deciding to wear masks.

Meanwhile, Trump’s visit to Florida on Monday marked his return to the campaign trail after his battle with coronavirus.

His medical team announced he has since tested negative for the virus as the president embarked on a tour of four states in as much days.

He thew face masks to the crowd before telling them he now felt "powerful" after beating the virus.

The president gave his support to COVID-19 sufferers saying: “To everyone fighting to recover from the virus, I feel your pain because I’ve felt your pain.”

He then offered to kiss the crowd after boasting of how he is now “immune” to the deadly bug.

“I could come down and start kissing everybody. I’ll kiss every guy. Man and woman.

“Look at that guy, how handsome he is. I’ll kiss him. Not with a lot of enjoyment, but that’s OK.”

His claims of immunity is not backed by medical evidence as the US recorded it’s first case of the bug a day before the rally.

Trump has been heavily criticised for his handling of the pandemic which has so far claimed the lives of more than 220,000 lives in the country.

The Republican president who faces Joe Biden at the polls on November 3 also assured the crowd the US is “rounding the corner” on the virus despite the rising number of infections in several states.

He also poked fun at his rival by sharing a photoshopped image of Biden in a home for senior citizens.

The image features the words: "Biden for resident" having cancelled out the letter P which would have spelled "president". 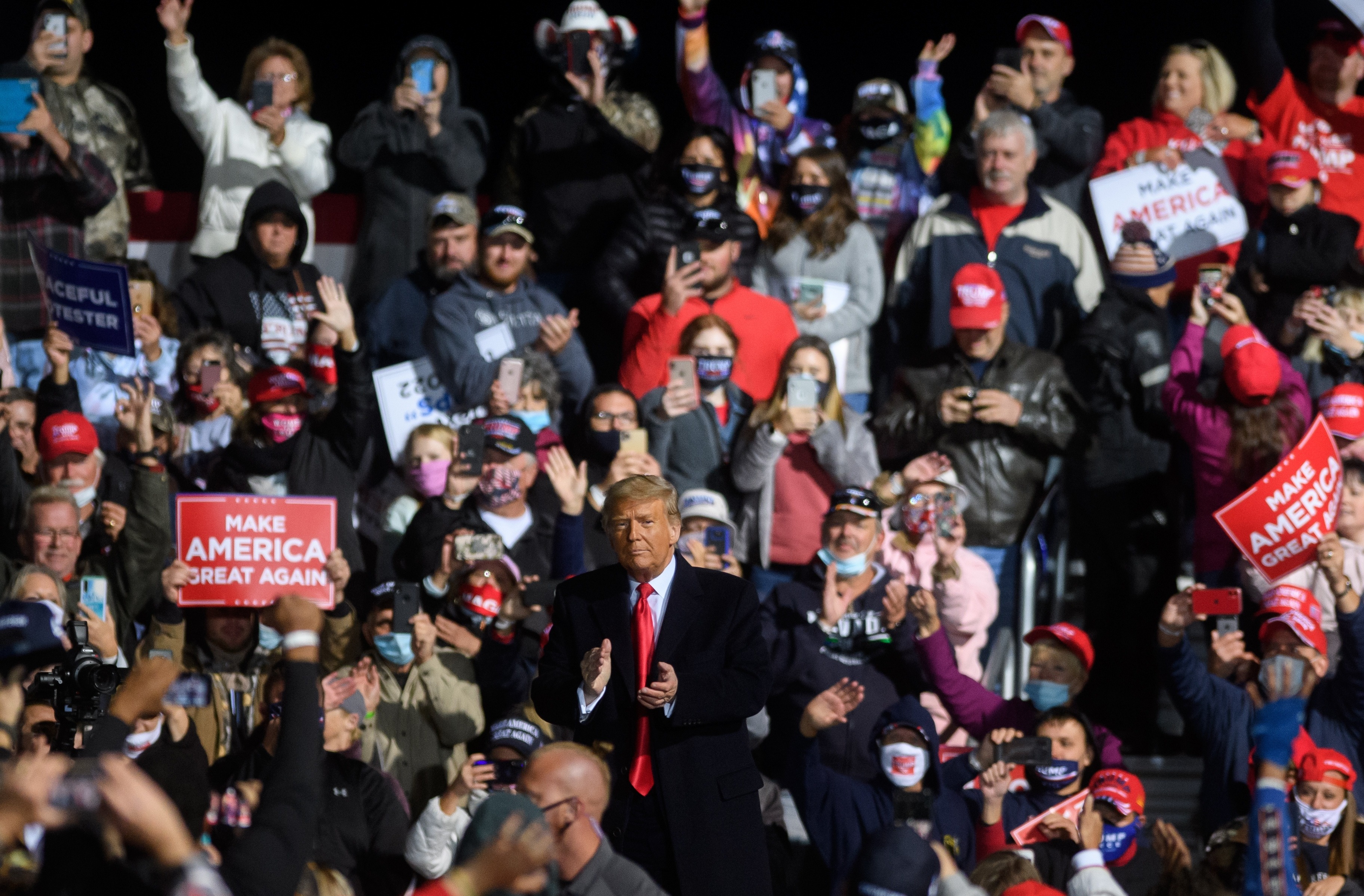