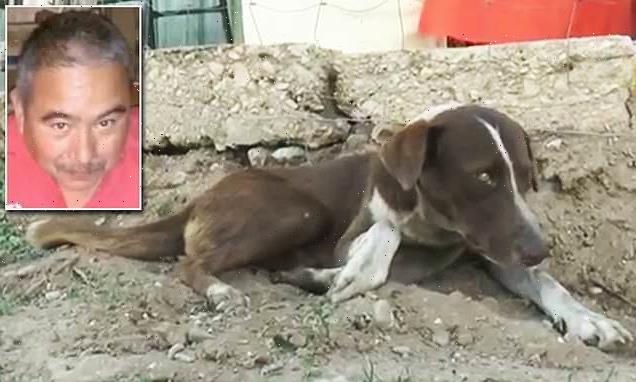 Almost three weeks after the explosion that killed seven coal miners, one of the victim’s loyal pets is still coming to visit his late owner every day.

Gonzalo Cruz, 53, adopted mutt Cuchufleto six months ago and every day since he joined the family, the dog would accompany Cruz on the half-mile morning walk to the northeast Mexico coal mine in Múzquiz, Coahuila.

‘He would leave with my husband at 6:30 am, Cruz’s widow Sandra Briseño said. ‘He even went inside with my husband to the mine. He did not care that it was dark. There he was. Sometimes he would go out and wait for him outside,’ she said.

The dog would return back to the Cruz’ home while he went to work but would sometimes pop back on his own if he noticed his owner was running late.

But everything changed on June 4, when the mine suffered a collapse, killing seven miners, including Cruz.

Briseño told television station 15 Sabinas that on the afternoon of the tragic accident, Cuchufleto sensed that Cruz had not arrived and went off on his own to the mine to pick him up, only to be met by dozens of rescue workers who were attempting to reach the trapped miners.

According to Briseño, Cuchufleto stood outside the mine until rescue workers pulled out Cruz’s body June 6. Later that day, Cruz was laid to rest and Cuchufleto did not return home until late at night. 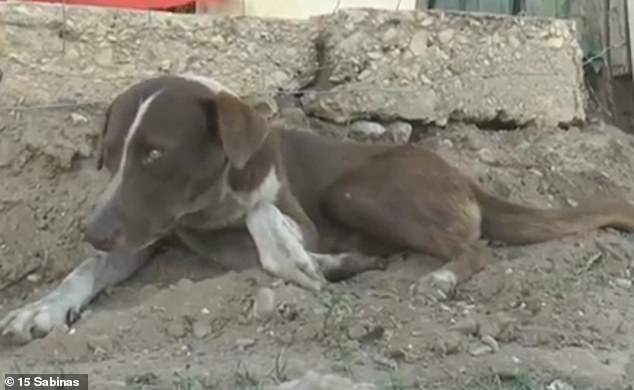 “Cuchufleto” still walks each day to a mine in Coahuila, Mexico, that partially collapsed and his his owner, Gonzalo Cruz, and six other miners June 4. The dog, who was adopted over a year ago, would join Cruz everyday for a half-mile walk to the mine and would sometimes return there by himself if he noticed that Cruz was running late. Sandra Briseño told television station 15 Sabinas that Cuchufleto still senses that her husband will walk out of the mine 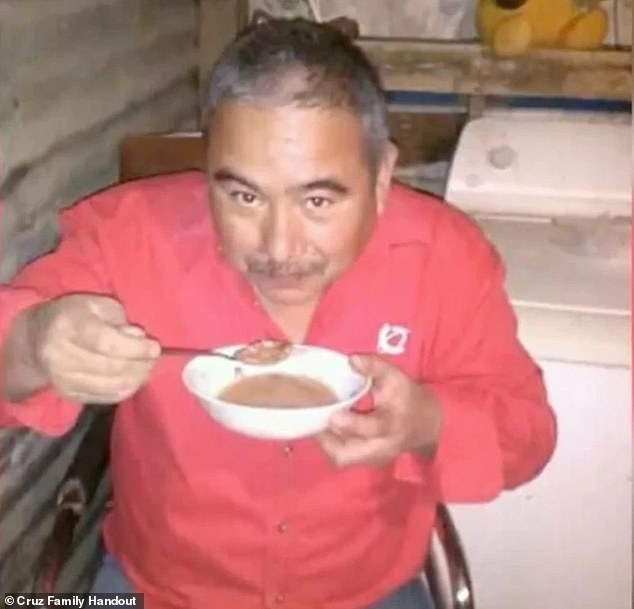 Gonzalo Cruz was one of seven workers who were killed June 4 after a coal mine partially collapsed in Coahuila, Mexico

Since then, the distraught dog spends his days lying in front of the door steps waiting for Cruz to come back from his shift at the mine.

In the three weeks that have passed since the mine collapse, Cuchufleto has barely ate anything and only drinks water.

While Cuchufleto spends most of his days sitting outside the house, residents have spotted him sniffing and scratching at the surface outside the mine while looking around to see if Cruz is going to finally show up.

‘Maybe he thinks that my husband is still there, he turns around and comes back and stays lying,’ said Briseño, who said Cuchufleto joined the whole family in grieving for Cruz, a father.

‘One day he was crying and crying, moaning, like a cry when something hurts. It is the pain that he feels for the absence of my husband who he has not seen.’

Briseño added the dog would also accompany Cruz on the days he picked up a second shift and remained there until dawn so that his best friend would not go home alone. 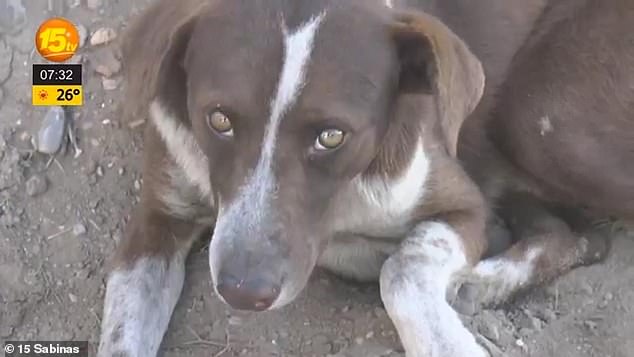 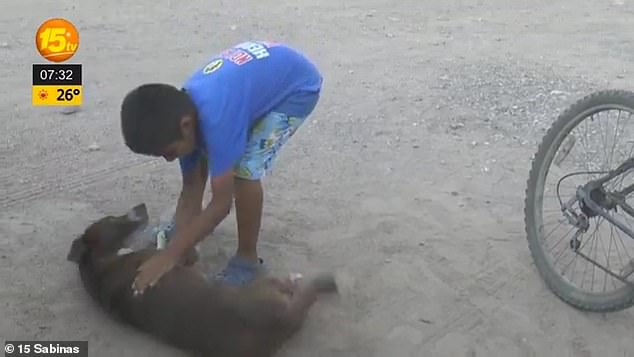 A child pets Cuchufleto outside his home in Coahuila, Mexico. Residents have spotted the dog sniffing and scratching at the surface outside a mine that partially collapsed June 4 and expecting his owner Gonzalo Cruz to walk out of the pit where he and six workers were killed