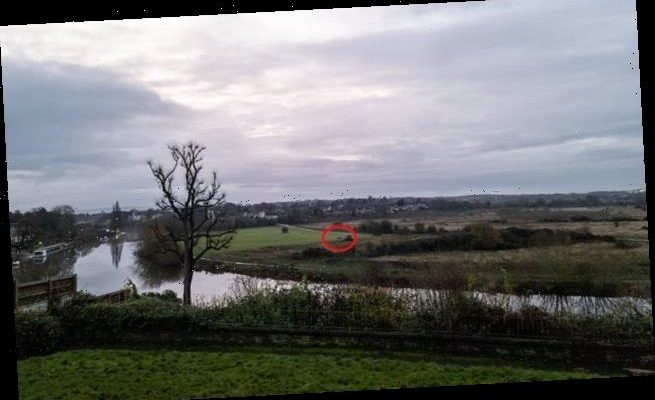 Big CAT and fries! McDonald’s delivery rider, 24, claims he saw ‘enormous, puma-like’ creature on the prowl as he dropped off burger – after two other ‘sightings’ were caught on camera

A stunned McDonald’s driver spotted photographed a mystery puma-like ‘big cat’ on the prowl as he delivered a burger.

Richard Evans, 24, was riding his bike when he spotted the ‘enormous’ creature stalking its way through a meadow.

Mr Evans has now reported the sighting to a ‘puma watch’ group after hearing of other sightings in the area. 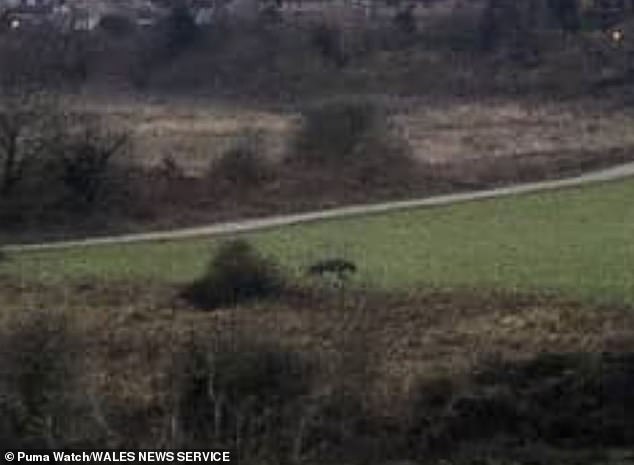 Richard Evans, 24, was riding his bike when he spotted the ‘enormous’ creature stalking its way through a meadow outside Chester 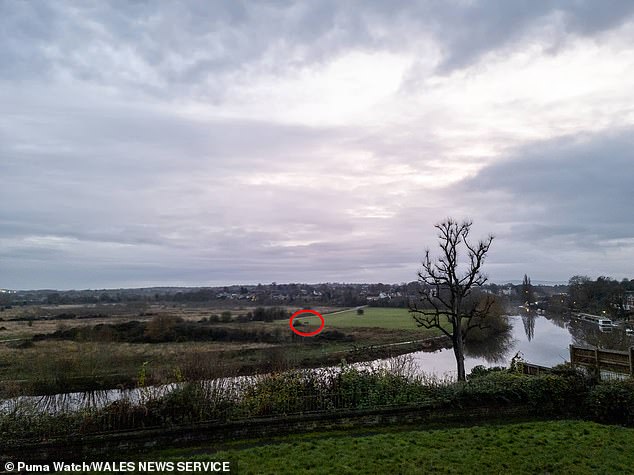 He provided a picture of the mystery creature which appears to show what looks like a large black cat.

Mr Evans said: ‘I was out on my bike coming back into town after delivering someone’s McDonald’s when I spotted an enormous big cat across the river on the meadows.

‘I pulled over to take a picture and tried to shout to a dog walker nearby but they couldn’t hear me.

‘It was prowling along the edge of the long grass then disappeared into the undergrowth. It was absolutely massive though, like nothing I’ve ever seen.’

He spotted the animal in Chester on December 13 – around 10 miles from other reports of an animal dubbed the ‘Puma of Pontybodkin’.

Tony Jones, founder of Puma Watch North Wales, said: ‘While it did surprise us to get a sighting reported so close to a busy city centre, Chester’s meadows are at least 0.5km wide and extend for miles to the fields and rural estates south of the city.

‘They’re also on the ‘Welsh’ side of the river so places like Pontybodkin, where we’ve had a few recent sightings, are just 10 miles away without having to cross the river or move through any populated areas.

‘Since getting this report, we’ve learnt that in September 2011 someone called 999 to report a tiger in the exact same location. They were walking along the River Dee in Chester when they said a tiger had walked through a late and looked at them before disappearing off into the bushes. This wasn’t made public until 2014.

‘It’s really hard to get a sense of scale from the photo, probably because of the distance combined with some motion blur on time animal.

‘Potentially a ‘low-light’ mode has kicked in on the phones camera and the animal moving quickly while the photo was being taken has exaggerated the size it appears.

‘Even so, I think if you compare it with other objects in the photo it looks to be about two or three metres long, we know the largest big cats grow up to five metres and a male, adult puma can grow to about 2.4 metres.’