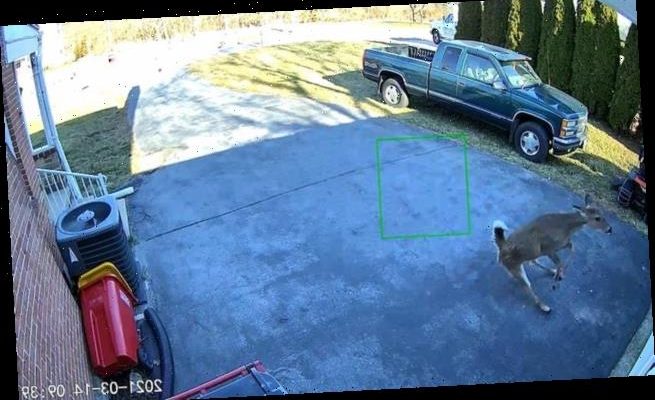 This is the moment a deer swerved off a road and ran straight at a householder’s garage door, crashing into it with a loud thud.

Security camera footage shows the dazed creature scramble to its feet as several deer following it slam on the brakes and skid across the driveway.

The animals then turn on their heels and dash back towards the street in Hagerstown, Maryland. 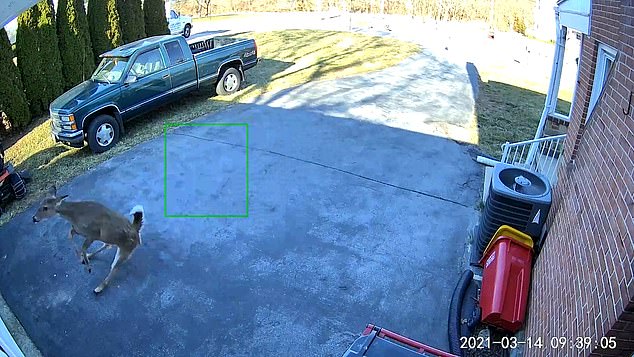 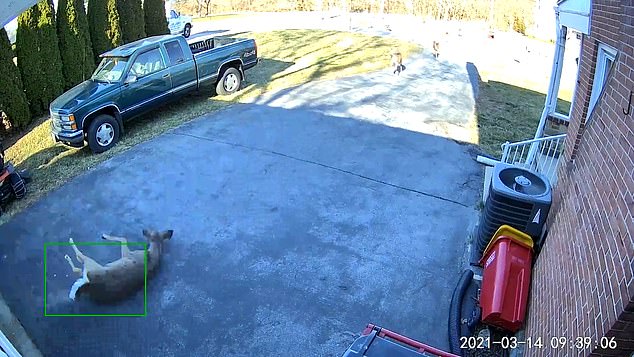 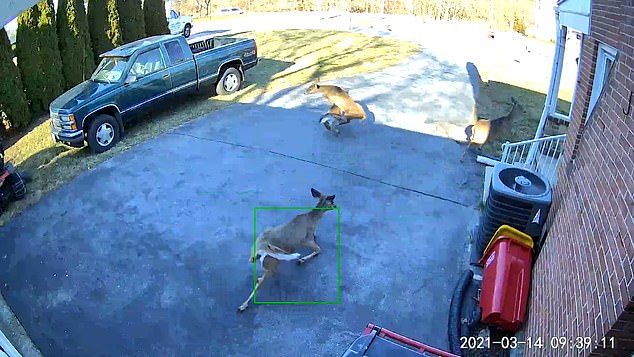 As the first deer got back onto its feet, several other animals raced towards the door

During the incident, filmed on March 14, one person off camera reacts to the loud bang by shouting: ‘What the f***?’

The unidentified householder said afterwards: ‘We’re suspecting that the deer were startled by the traffic and blinded by the glare of sunlight when they ran into a house’s driveway. Fortunately, the deer seem to be okay.’

In total, a herd of six deer were involved in the incident, and all appeared unhurt. 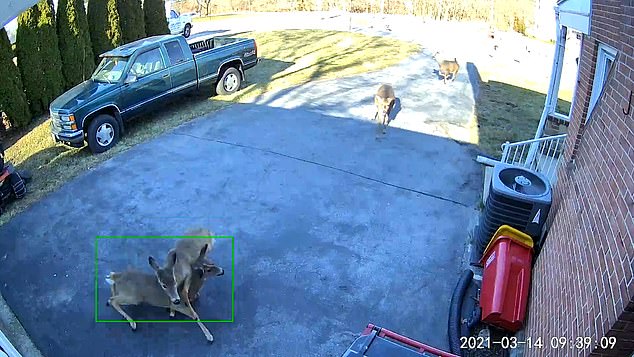 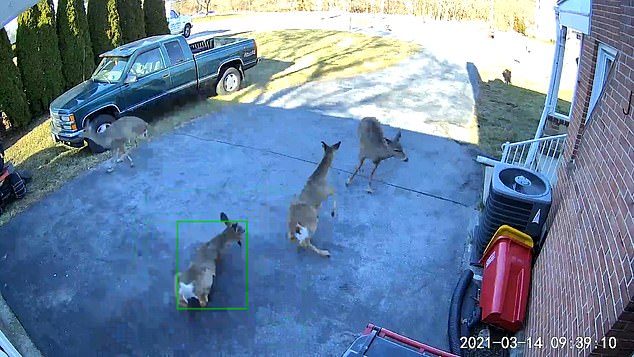