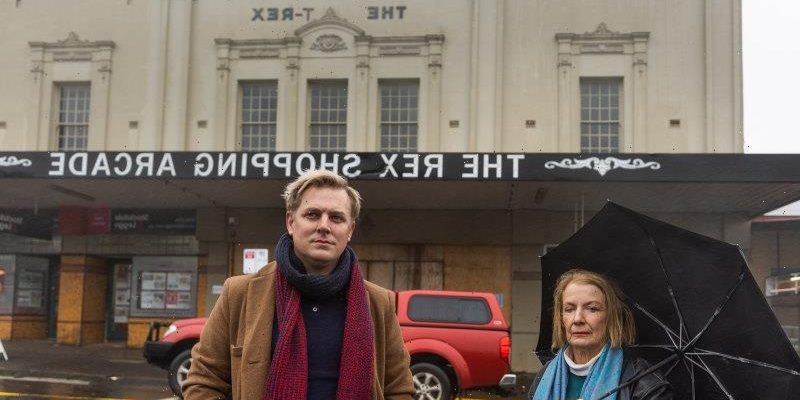 The Hepburn Shire Council had grand plans for Daylesford’s heritage theatre. A new cinema, library and space for council offices. They were told it could be done for less than $1 million.

But theatre, known as The Rex, has been shuttered for more than four years and has not screened a movie since 2017 after the redevelopment costs blew out and construction was abandoned. 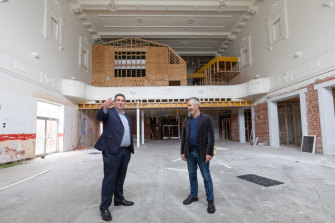 The council is now preparing to sell the theatre, sparking fears among Daylesford residents that The Rex, which was run by volunteers before the failed refurbishment began, may be lost forever.

“We had a cinema, and they’ve taken it from us,” said Jules McDonald, president of Hepburn Matters.

She is urging the councillors to delay selling the building “to the highest bidder” and work with her group to ensure The Rex is available to the community.

The council bought The Rex in 2016 for $6.3 million and spent a further $3.2 million redeveloping it before work stalled as costs spiralled out of control. 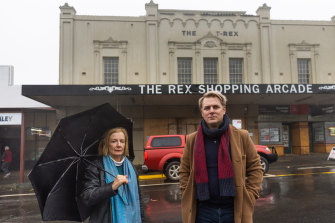 It now estimates that finishing the job would require an additional $18 million and has described the building as “essentially an empty shell”.

“We had a cinema, and they’ve taken it from us.”

The saga is now being investigated by the Local Government Inspectorate after the matter was reported by the council itself to the Independent Broad-based Anti-corruption Commission.

Hepburn Shire councillors will vote next week on whether to sell The Rex and an adjoining house after council officers recommended putting it on the market. 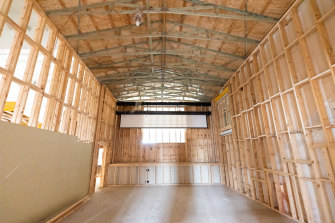 Gutted: Inside The Rex on Vincent Street.Credit:Jason South

Daylesford Community Theatre president Gina Lyons said the community cinema had supported itself financially and attendances had been strong from both locals and tourists, particularly during the school holidays.

“It was run 100 per cent by volunteers. We kept our prices low,” she said. “It was a place where people could come together, people of all ages. There isn’t anything else like that.”

The Hepburn Shire Council’s redevelopment stopped in 2018 after cost overruns plagued the redevelopment and in November last year the council voted to abandon the project, dubbed the Hepburn Hub at The Rex.

The former Hepburn Shire chief executive and almost all councillors involved in the decision to buy and upgrade The Rex have since left the council.

Under subsequent leadership, the council commissioned an audit of the project and self-reported the matter to the Independent Broad-based Anti-corruption Commission, which then referred the case to the Local Government Inspectorate.

“We won’t make any further comment at this time,” he said.

But Hepburn Shire mayor Tim Drylie said the council and current officers had cooperated with all authorities and investigations into The Rex. 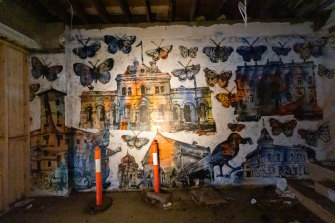 Artwork inside The Rex. Credit:Jason South

“This project was optimistically ambitious and would have benefited from more detailed planning, scoping and costing at the front end of the project,” he said.

The only remaining Hepburn Shire councillor from 2016, Don Henderson, said he opposed buying The Rex at the time, but insisted he and the current council still needed to take responsibility for the decision.

“The people of the shire all knew I was opposed to buying it,” he said.

Henderson said the council was told at the time that a redevelopment could be carried out for under $1 million.

A community consultation on the building found the majority of 369 respondents (66 per cent) are opposed to the upcoming sale.

The Rex is among the largest buildings on Vincent Street, Daylesford’s main drag. It opened in 1929 and was designed by architecture firm Bohringer, Taylor and Johnson, which was involved in creating other iconic buildings, including The Forum in Melbourne.

It operated as a cinema until 1963 and was later refurbished to include shops and a cafe.

In 2013, Daylesford residents campaigned and raised their own funds to re-establish a cinema in part of The Rex building. They ran it as a community venture, staffed by volunteers until the redevelopment work began.

Local architect David Moore said the interior of the building, which is covered by a heritage overlay, as is the exterior, should be accessible to the community.

“It needs to be some sort of community space as well as a cinema,” he said.

Drylie said the council acknowledged the value of the community cinema and was committed to securing a new home for it.