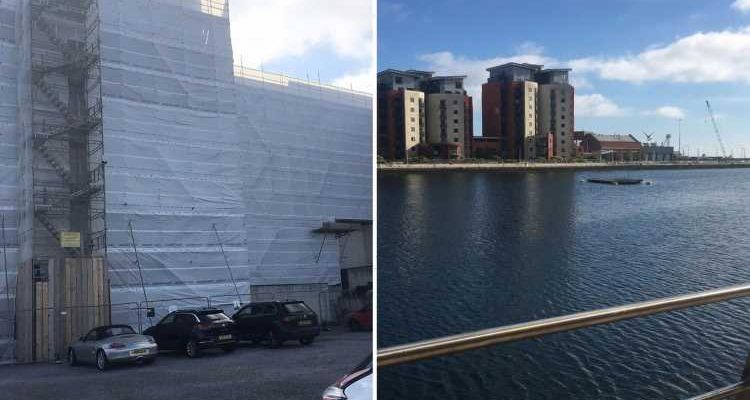 A FURIOUS dad has blasted Premier Inn for a "misleading ad" after boasting "sea views" – only to find the hotel was a construction site wrapped in sheeting.

Roger Luke checked in for an overnight stay at the hotel in Swansea on June 13 with his partner Irene Blower as a post-lockdown trip away. 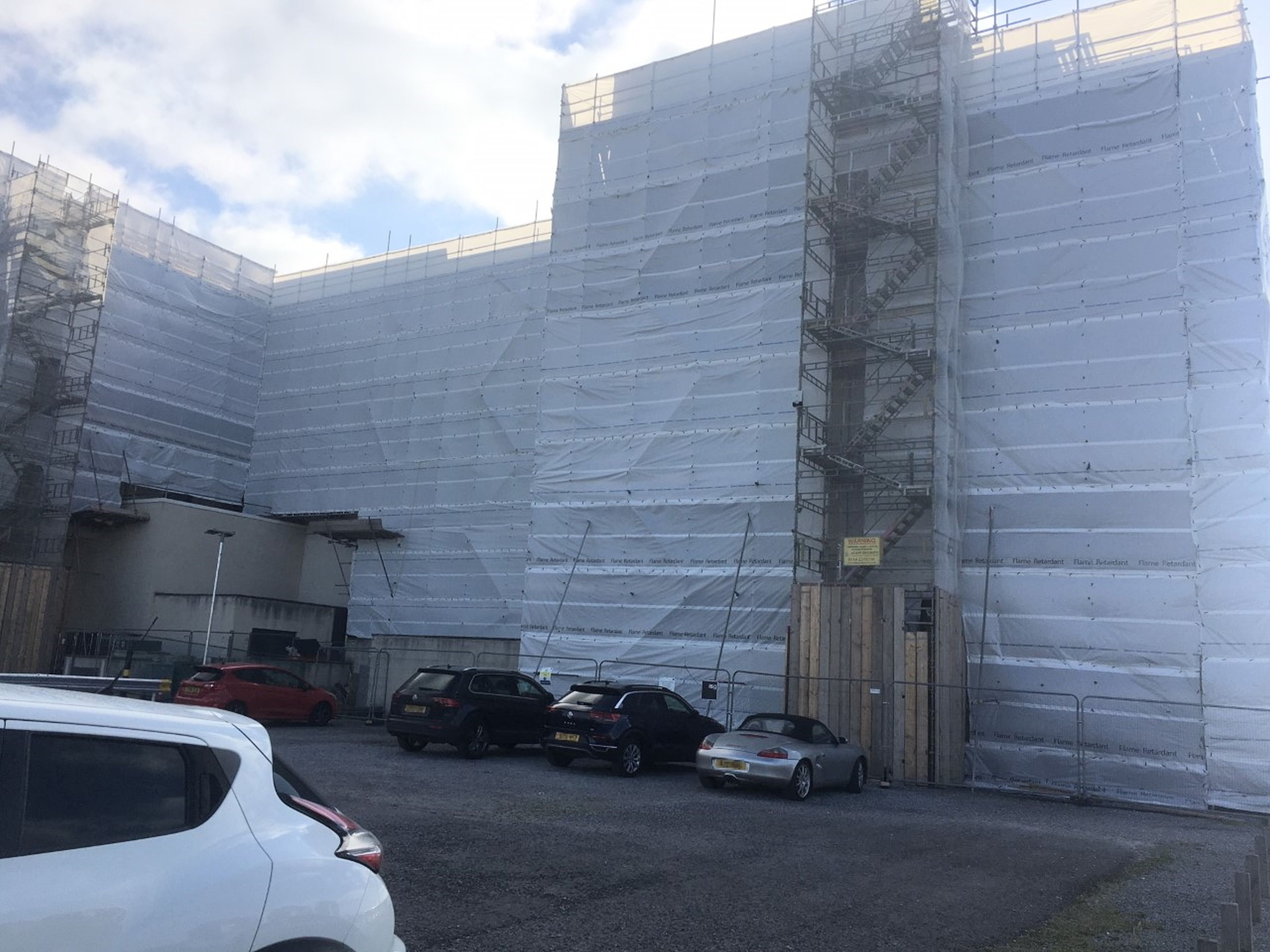 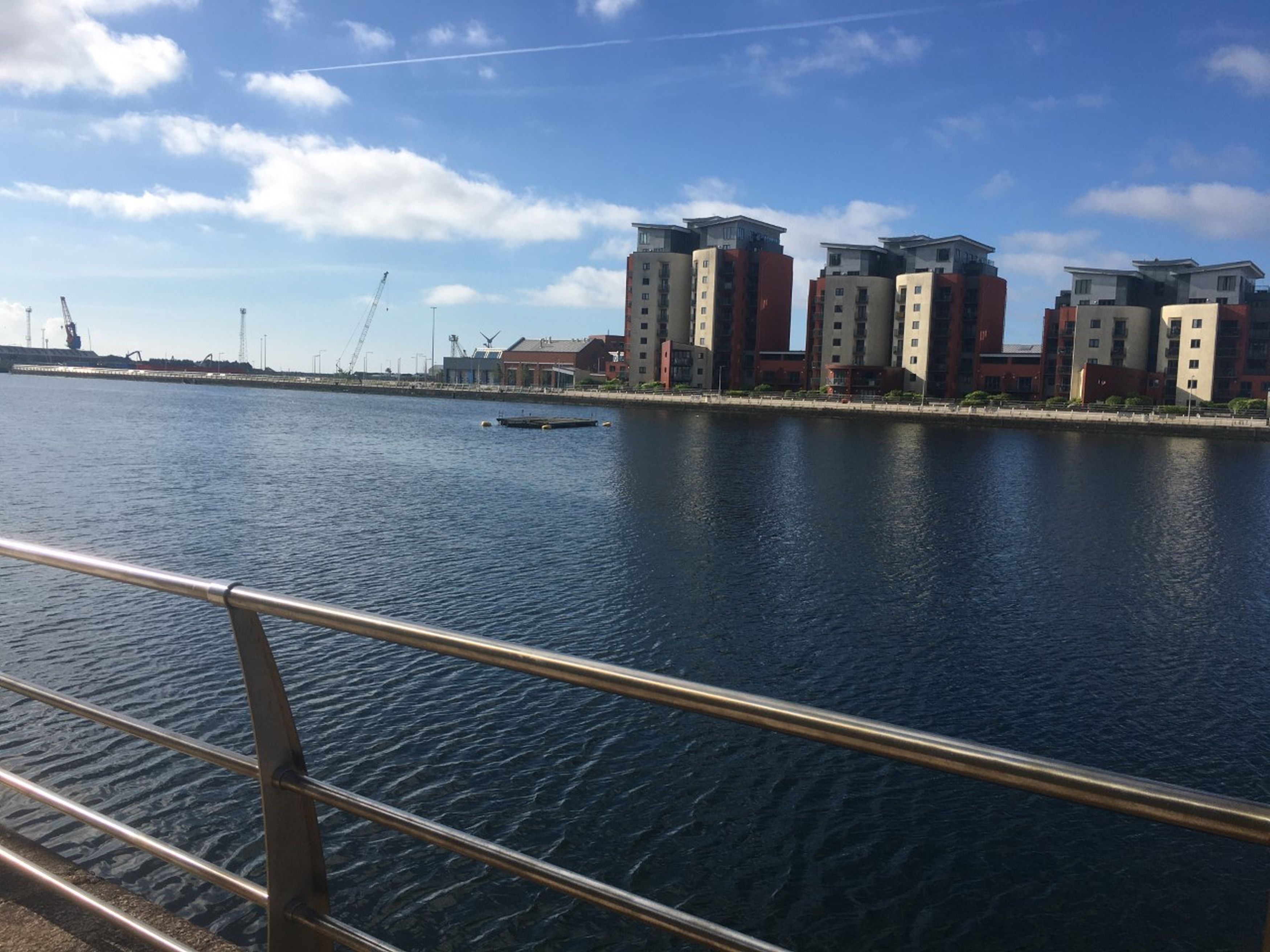 The couple were hoping to enjoy spectacular scenery after the website claimed the hotel is "slap bang on the marina with views of the sea and surrounding hills".

But the ideals of relishing a "sailor's life" were quickly squashed when they arrived at the waterfront hotel cocooned in scaffolding.

The only view the couple enjoyed from their room was of poles and opaque netting.

Outraged Roger, 69, believes it was "false advertising" as although a note on the website conceded there are "restricted views" he says it's misleading as there's "no view whatsoever".

He said: "We've stayed in this hotel several times and when we got there I said to my partner 'we're in the wrong place, this is a construction site here by the look of it'.

"We rang them [Premier Inn] from the car park to see if they'd purchased another hotel or if this hotel was closed but they said they were round the front.

"When we realised we were in the right place we were too far into it by then to say 'we're not accepting this' so we just went with it."

The couple complained to staff saying the hotel wasn't fit for purpose, and were refunded £16 plus VAT.

Premier Inn confirmed they have since updated their website to make it clearer to potential patrons – now stating rooms will have "obscured views from the windows as there is scaffolding to the exterior of the building".

They also warn visitors can "expect some noise from construction work from 9am".

A Premier Inn spokesman said: "Our Swansea Waterfront hotel is undergoing essential refurbishment as our booking journey makes clear so guests are aware works are taking place on their planned stay date before they make the decision to book."

Other visitors of the welsh Premier Inn branch were disappointed in their stay.

The reviews read: "I've never stayed in a hotel where you can't see out of the windows. We weren't told at anytime prior to arrival and I was stunned to see scaffolding and a white covering over the whole building. Felt unsafe."

One said: "If you want to stay over looking the water don't stay here. No refund or credit given on complaint. Disgusting service".

Another said: "The result is gloomy and I feel like I am in prison." 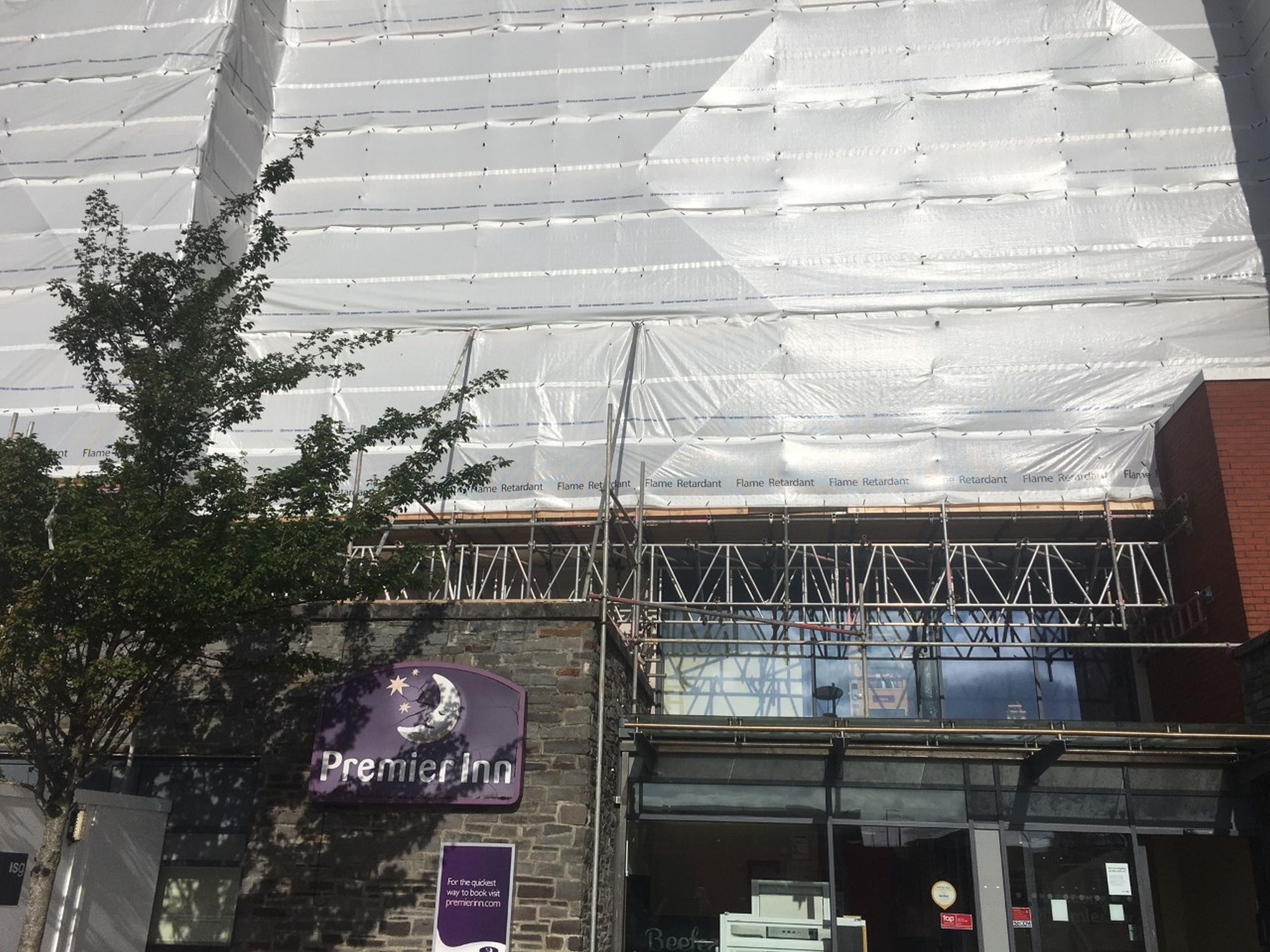 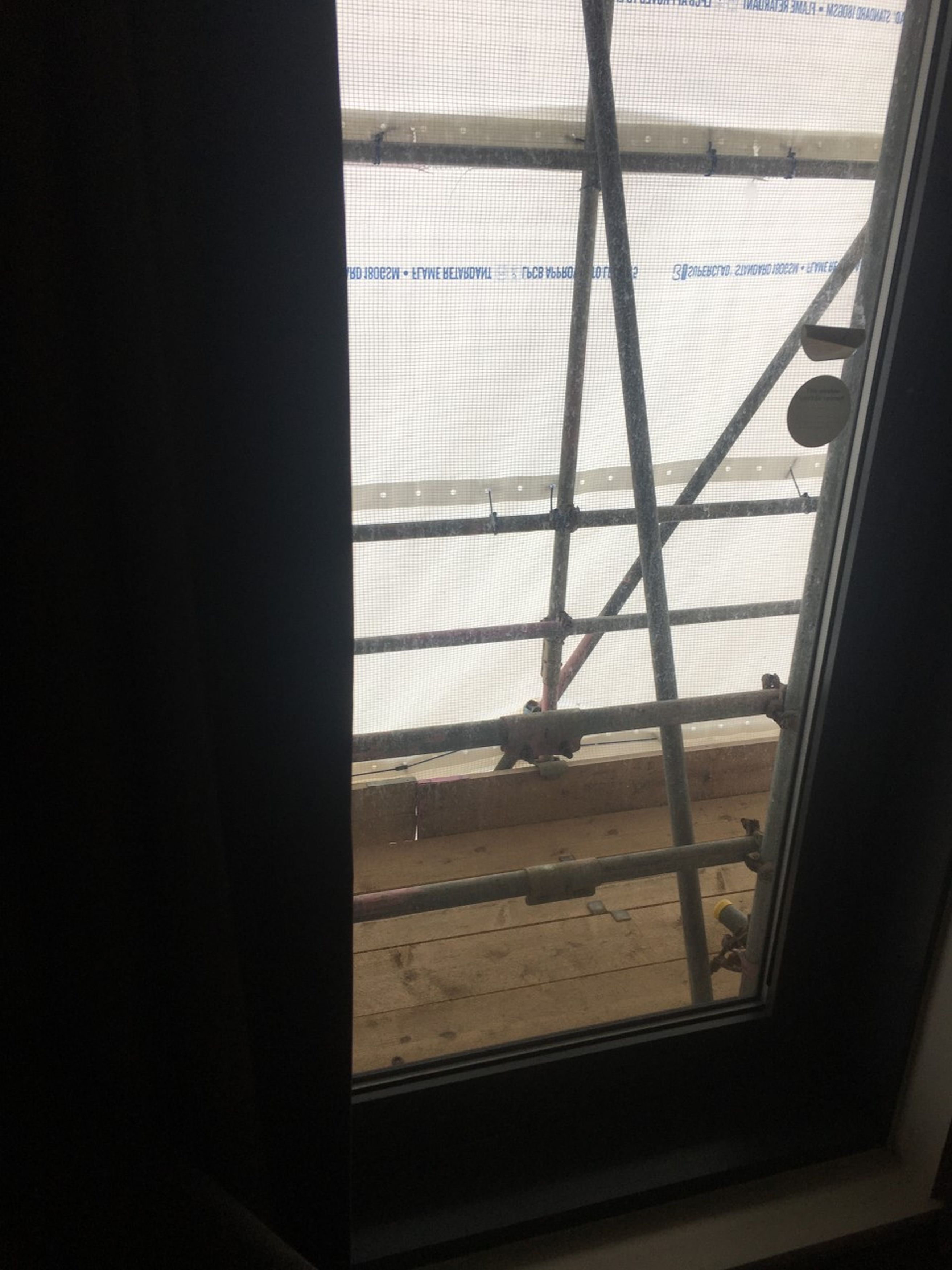 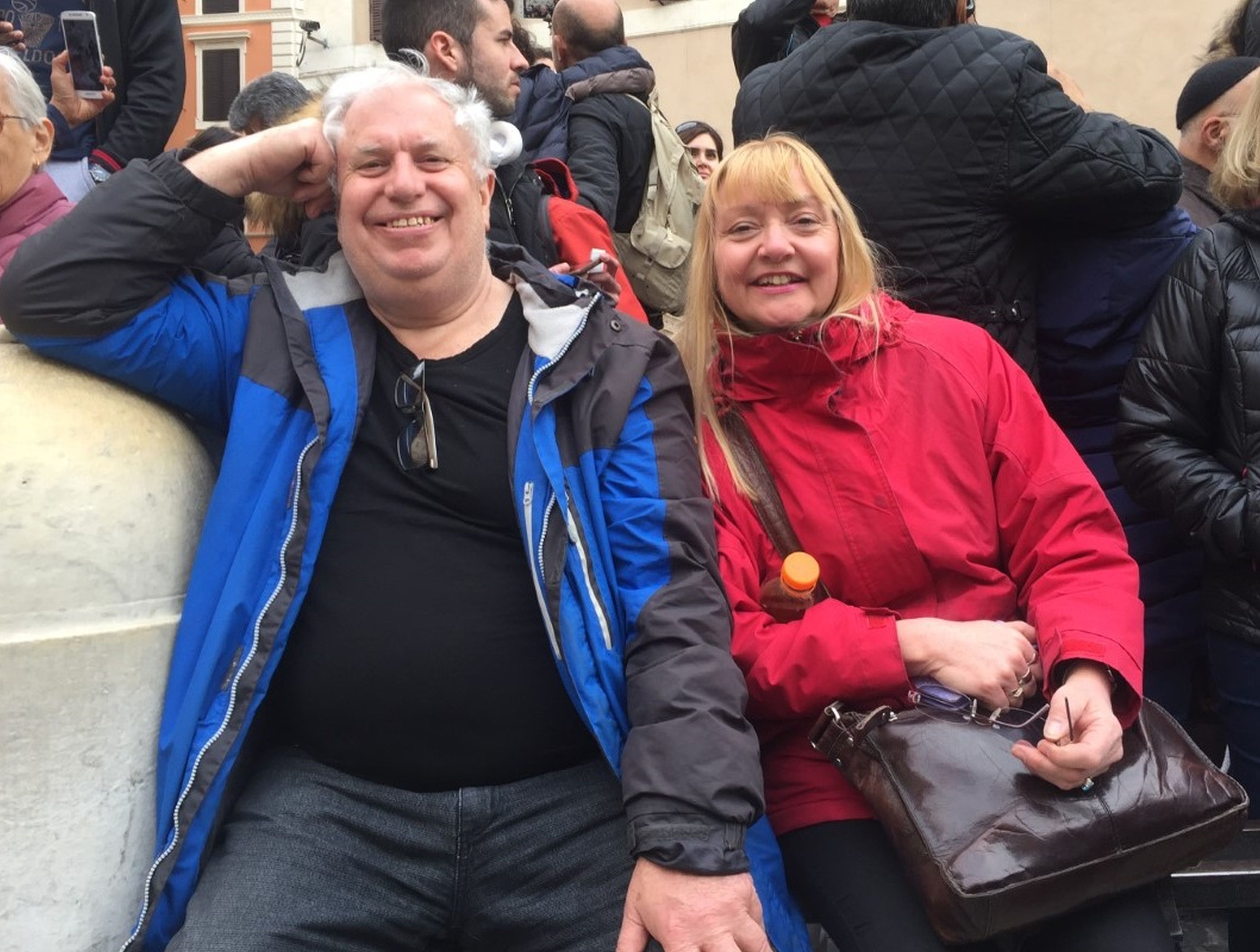