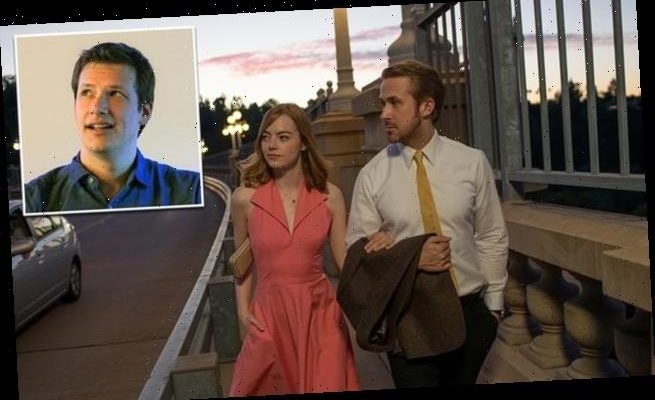 Four stars? You’ve got to be joking! Film critics are increasingly out of touch – giving great reviews to things moviegoers don’t like, an analysis of 10,499 films shows

Critics are increasingly out of touch with moviegoers as films fall into categories like ‘crowd pleasers’ and ‘critical darlings,’ according to a new analysis.

So movies the critics liked – take 2019’s AdAstra that starred Brad Pitt as an astronaut – aren’t always fan favorites. While Venom, which fans loved, was panned by critics. 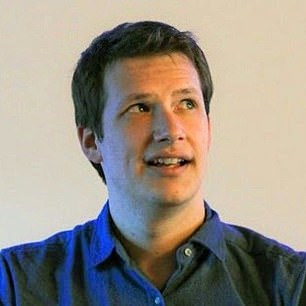 Stephen Follows, a film statistician and movie producer, released the study on his website

Stephen Follows, a film statistician and movie producer, released a study on his website that analyzed 10,499 movies released between 2000 and 2019 in an inquiry to the differences in how fans and critics perceive them.

Follows compared each film’s IMDB score, an average of fan ratings, to those from the critic score aggregator Metacritic.

‘We can see that there is a very rough trend in which audiences and critics do broadly agree. That said, many films show deviation from the trend line,’ Follows wrote on his website.

He noted that the worse a film was reviewed by critics, the more deviation it may see from fan scores. 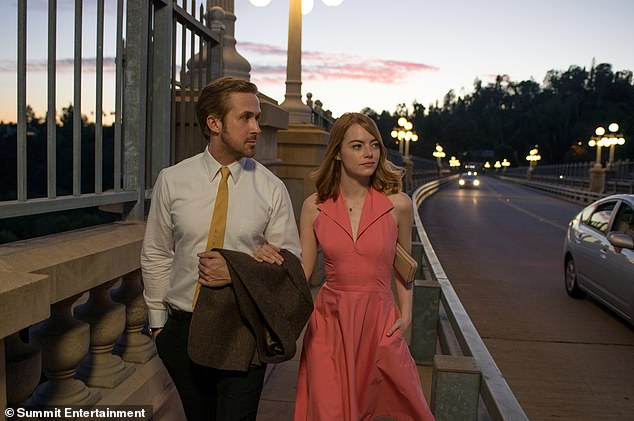 La La Land, a critical darling, received a Metascore of 94 from critics though nabbed just 8/10 stars from IMDB fans 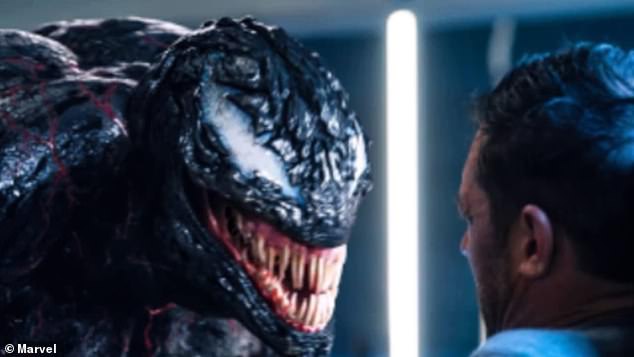 ced a low Metascore of 35 while earning 6.7/10 stars from fans on IMDB

‘It’s interesting to see the agreement in the ‘good’ quadrant. It seems that the two groups agree most when they are talking about extremely good movies,’ Follows wrote.

DailyMail.com has reached out to Follows for more information and additional comment on his analysis.

The Times of London noted that one critical darling, Ad Astra, received a fan rating of just 6.5/10 with users calling it ‘alarmingly bad’ on IMDB while it received a Metascore of 80/100.

The film stars Brad Pitt as astronaut Roy McBride who goes on a mission across the solar system to uncover the truth about his missing father. New Yorker critic Richard Brody hailed it as ‘an instant classic of intimate cinema.’

Other critical darlings include La La Land and Gravity, the Times of London reported. 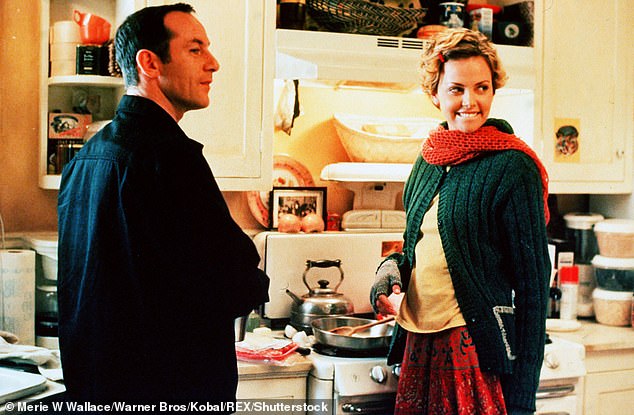 Sweet November, a crowd pleaser, got a rating of 6.7/10 stars on IMDB but has a Metascore of just 27 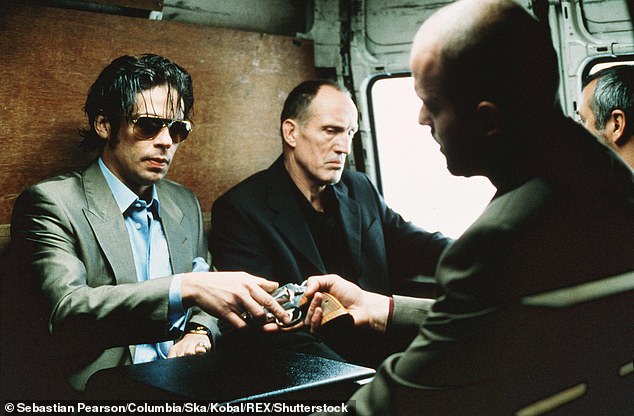 Crowd pleaser Snatch received 8.3/10 stars on IMDB with a Metascore of 55 from critics 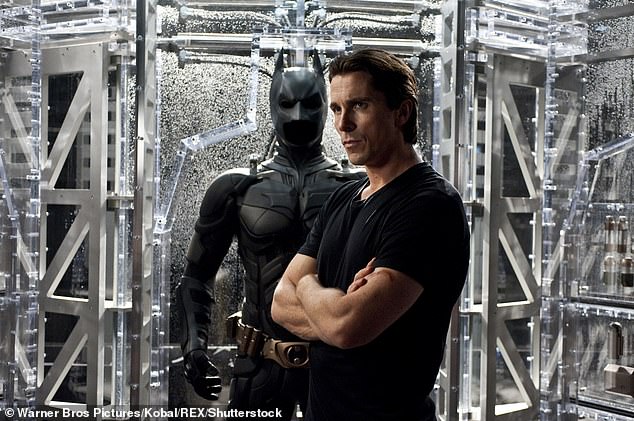 The Dark Knight, which received a whopping 9/10 stars on IMDB , earned a low Metascore of 84

Some crowd pleasers include Sweet November, The Dark Knight, Venom, and Snatch, according to the Times of London.

In Venom, Tom Hardy stars a failed reporter who is bonded to an alien entity in a movie based on the Marvel comics. The movie’s sequel, Venom: Let There Be Change, is scheduled for release in September.

It received a low Metascore of 35 while earning 6.7/10 stars from fans on IMDB.

Christopher Nolan’s Batman sequel The Dark Knight, which starred Heath Ledger as the Joker, received a whopping 9/10 stars on IMDB with a Metascore of just 84.

Sweet November, the 2001 film which starred Keanu Reeves and Charlize Theron, got a rating of 6.7/10 stars on IMDB but has a Metascore of just 27.

Follows’ study concluded that there has been a strong correlation between audience and film critics scores in the past, but that ‘a de-synchronization taking place fairly consistently over the past two decades.’ 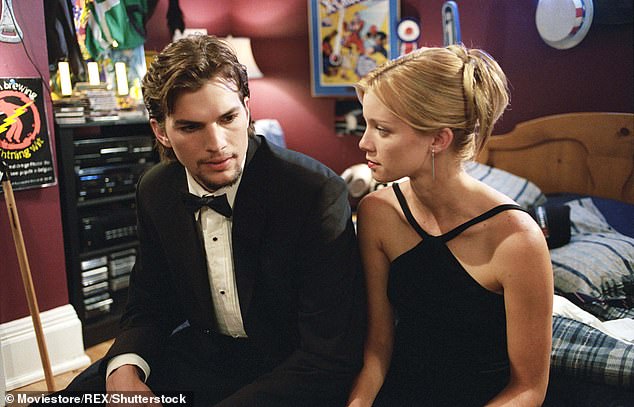 The Butterfly Effect, another crowd pleaser, earned 7.6/10 stars on IMDB and a low Metascore of 30 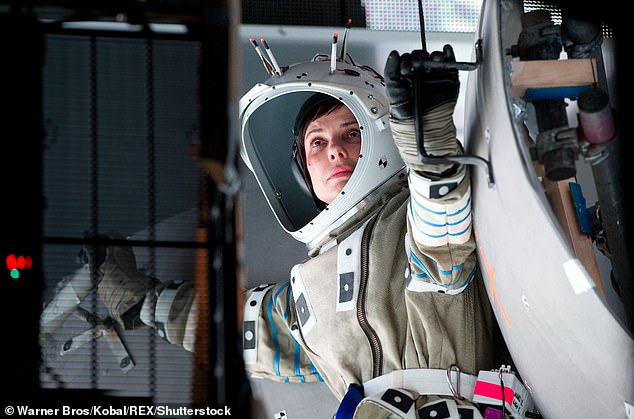 Critical darling Gravity received a Metascore of 96, and seven Oscar wins, with just 7.7 stars from fans

He determined that among factors that influence the discrepancies are a film’s budget and genre.

According to Follows: action, thriller and sci-fi movies could be called ‘crowd-pleasers’ while westerns, historical films and documentaries are ‘critical darlings.’

While Follows’ study reviewed the differences between Metacritic and IMDB scores, past articles have examined the discrepancies between critic and audience scores on another site – Rotten Tomatoes.

In seeking to find the most divisive film of all time, RAVE Reviews determined that Knock Down The House, a documentary about Alexandria Ocasio-Cortez’s campaign for Congress in 2018, had the largest discrepancies between critics and audiences.

The critics consensus from Rotten Tomatoes reads: ‘A galvanizing glimpse behind the scenes of a pivotal election, Knock Down the House should prove engrossing for viewers of all political persuasions.’

The 2019 film, which received a perfect 100% from critics, had received an audience score of just 18% – which has since fallen to 10% since that study was released.