A CREEPY video has emerged showing nine rats tied together by their tails in a rare 'rat king' phenomenon that supposedly signals an impending plague or famine.

The rodents were seen bizarrely bound together and desperately trying to free themselves from the troublesome knot before exhaustedly giving up.

They usually die within a few days if they are not freed from the tail entanglement, as they cannot get food or flee from predators.

The stomach-churning video was captured in Põlva County, Estonia by a shocked farmer.

"My mother went to feed the birds in the morning, opened the door and the rats were in front of the door as if on a tray," Johan Uibopuu told local media.

"They had burrowed a tunnel right in front of the door and gotten stuck in that tunnel. My mother could not do anything.

"I tried untying them, but it was quite complicated to understand if their tails were tied or if they were stuck to the underlay."

The rat pack were reportedly taken to the University of Tartu Natural History Museum.

"Even if you operate on them, amputate their tails and heal them, you have nowhere to set them loose,"museum curator Andrei Miljutin said.

"No one wants them in their home, they are wild rats, they are not pets."

The rats were humanely put to sleep and will now be exhibited alongside another rare 'rat king' display that was found in 2005.

The phenomenon was often cited in folklore as a bad omen, symbolically warning of a coming plague or famine.

The 'rat king' spectacle has baffled scientists who have no idea how the rodents managed to get knotted up together.

Some suggest the 'rat king' occurs because rats are often exposed to sticky substances, such as sap or gum, seeing them effectively glue their tails together which they then knot.

As they panic and attempt to break free, the more they pull away from each other, the tighter the knot becomes.

Other theories suggest it because their hair becomes entwined, leading them to become stuck together.

Experts have been left puzzled by the eerie occurrence, as very few examples have ever been recorded and its origins remain a highly debatable topic.

Earlier this year, a five rats were found with their tails intertwined in a flooded watermelon field in Russia.

The soaking wet rodents were recorded struggling to scurry in different directions as their tangled tails dragged them back.

There are several swarms that have been preserved in museums across the world, with the first known report of the 'rat king' dating back to 1564.

It has been a sign of bad luck and came to be associated with the Black Death, due to their reputation for carrying diseases. 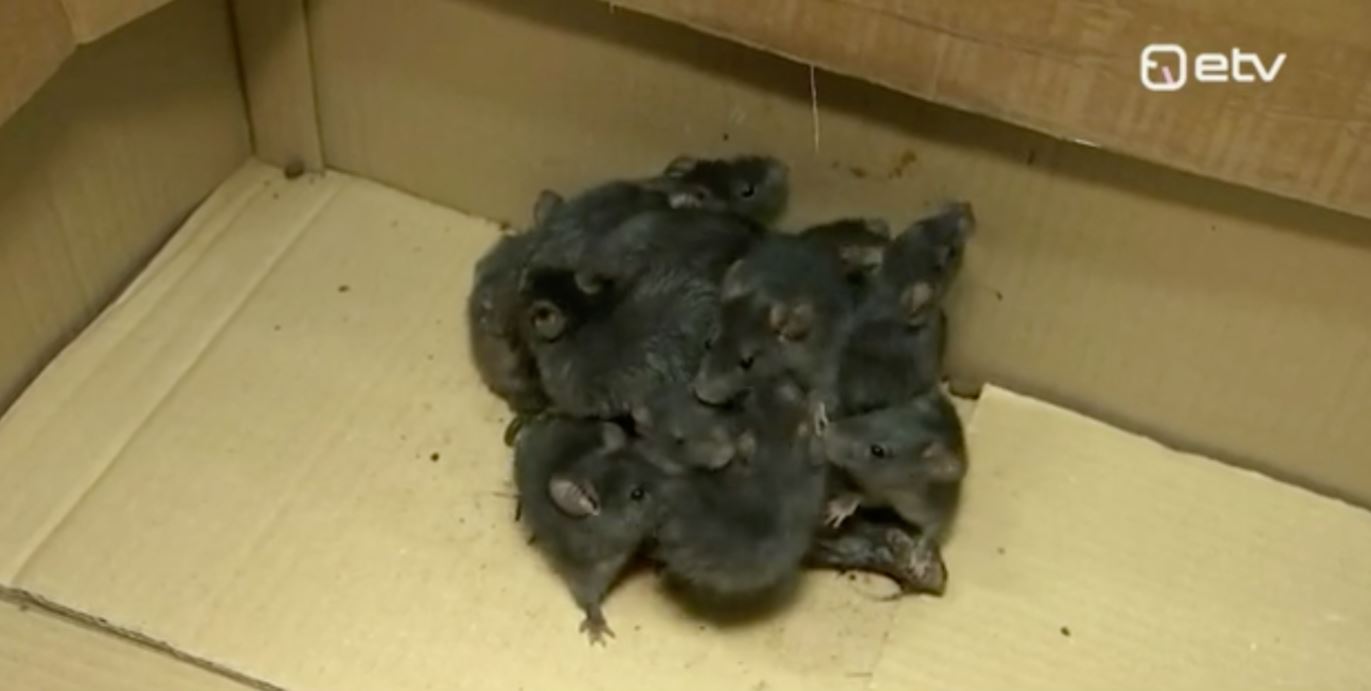